Love is a four letter word that is often misused – we love celebrities, shoes, bags and video games. 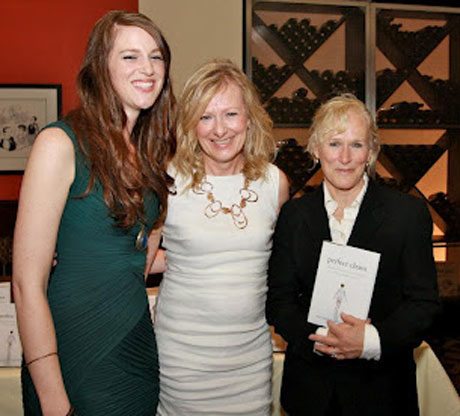 The love that has meaning, the industrial strength kind that glues a family together when tragedy strikes is central to Linea and Cinda Johnson’s memoir, Perfect Chaos, a daughter’s journey to survive bipolar, a mother’s struggle to save her.

Linea, a bright, beautiful and musically gifted student seemed set for a perfect life – lots of friends, great high school grades, the only problem: deciding which college to choose to make her dream of a career in musical performance a reality.

Her parents, Cinda and Curt, both medical health professionals, were very proud of their youngest daughter’s musical ability. Cinda dismissed Linea’s mood swings and lack of confidence as part of growing up; being gifted often means feelings are more intense.

Life is lived a little closer to the edge. In the last year of high school, cracks in Linea’s perfect existence began to appear; deep depressions followed by huge highs, both conditions inexplicable and very worrying. Something was wrong but how to find out what?

Perfect Chaos is the true story of Linea and Cinda’s journey to determine the what (diagnosis) and what (treatment) medication would allow Linea to live independently and achieve her goals.

Mental illness is a minefield of misdiagnosis and inappropriate medication. If you are unlucky enough to be dancing to a tune which is different to that which is considered normal, the path to correct diagnosis and medication can be long and tortuous.

Finding a medical professional who could establish the cause of Linea’s depressions was a heartbreaking experience for Cinda and unimaginably frustrating for Linea. Just when her life appeared to be back on track, suicidal thoughts would take control of Linea’s brain.

Trying to spare her parents the pain of another treatment that didn’t work, she battled on alone. Cutting her skin gave Linea a brief respite from the voices in her brain who urged suicide as a solution.

Perfect Chaos isn’t a `two handkerchief’ read – sure, it’s a sad story but it’s also inspiring and in a curious way, a thriller. I do most of my reading at night in bed and I could not put the light out until I knew that whatever setback Linea was facing in the chapter I was reading, she was safe.

Keeping Linea safe (family code for Linea resisting the urge to suicide) motivated Cinda and Curt’s life as they struggled to find a treatment that would allow their daughter to live the independent live she craved.

Linea’s illness and the events that happened as a result are related alternatively by Cinda and Linea. The switching of reactions and thoughts; Cinda’s despair while trying to remain hopeful, Linea, deliriously happy or in a very dark place, is written in a graphic, intimate style.

Cinda and Linea’s story is an insight into the toll that mental illness exacts from sufferers and their families.

Treatment for Linea’s illness (Bipolar) does not always lead to a happy outcome; sufferers commit suicide or live in a drug induced fog.

Amazingly, Linea, during her search for diagnosis and treatment, completed three years of a musical performing program in Chicago and has subsequently graduated from the Seattle University with a major in English and creative writing – a remarkable young woman, sustained by remarkable family and friends.

Perfect Chaos is a story of much love and I loved reading it.

The book can be purchased on www.bookoffers.com.au