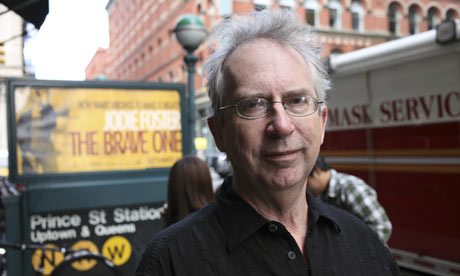 Winning The Bodley Medal, awarded by The Bodleian Libraries of the University of Oxford to individuals, who have made outstanding contributions to the worlds in which the Bodleian is active: literature, culture, science, and communication is indeed a great honour. In 2012 it has been awarded to Australian Peter Carey, who is the author of twelve novels, the most recent of which is the highly acclaimed ‘The Chemistry of Tears” that follows the huge success of his last novel “Parrot and Olivier” in America. Peter Carey has won the Booker Prize twice, once for Oscar and Lucinda in 1988 and again for True History of the Kelly Gang in 2001. His other honours include the Commonwealth Writers’ Prize and the Miles Franklin Literary Award. Born in Australia Peter Carey now lives in New York City, where he is the director of the Hunter College program in creative writing.

On April 1, 2012 as part of the Sunday Times Oxford Literary Festival to be held at Oxford Carey will be interviewed by Peter Kemp, the Sunday Times Chief Fiction Reviewer. Following the interview the medal will be presented to Peter Carey by Dr Sarah Thomas, Bodley’s Librarian who said at the announcement on March 21: ‘Peter Carey is one of the greatest contemporary authors. The Bodleian Libraries are pleased to have the opportunity to honour his exceptional contribution to literature.’ Peter Carey said: ‘As we enter a warmer, darker, more turbulent age, the Bodleian Libraries will assume an importance far greater than anything we are yet prepared to imagine.  I would be honoured to be even a footnote in the history of this great institution.’ 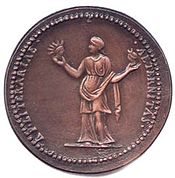 The Bodleian Libraries of the University of Oxford form the largest university library system in the United Kingdom. They include the principal University library—the Bodleian Library—which has been a library of legal deposit for 400 years; major research libraries; and libraries attached to faculties, departments and other institutions of the University. The combined library collections number more than 11 million printed items, in addition to 30,000 e-journals and vast quantities of materials in other formats.

The last recipient of the Bodley Medal was writer and actor Alan Bennett in 2008, so Peter Carey is in good company. Past winners also include film director Lord Richard Attenborough, author PD James and inventor of the world wide web Sir Tim Berners-Lee.

The Bodley Medal was first engraved in 1646 to honour Sir Thomas Bodley, the founder of the Bodleian Library. It was designed by the Frenchman, Claude Warin, one of the leading medal-makers of the 17th century. Library accounts for 1646 contain an entry – ‘Item, to ye painter that drew Sir Thomas Bodley’s picture, and to Mr Warren that made his medale, to each of them 2s’. The original Medal is gilt, probably on bronze. When the roof of Duke Humfrey’s Library was being replaced during the major renovations in the Library at the millennium, the idea was conceived of using the metal from the Library’s roof to create a limited number of replicas of the original Medal. The new Medal was struck in 2001 at the Royal Mint, to celebrate the restoration of Duke Humfrey’s Library, the first purpose-built library in the University founded in 1438 and endowed by Humphrey, Duke of Gloucester (fourth son of Henry IV). The medal is made from copper salvaged from the old roof of the building. The obverse of the medal shows the right profile of Thomas Bodley and bears the inscription ‘TH•BODLY•EQ•AVR•PVBL•BIBLIOTH•OXON•FVNDATOR’, which translates ‘Sir Thomas Bodley, Founder of the Public Library in Oxford’. The reverse reads ‘A•P•LITERARIAE•AETERNITAS’, which translates ‘The Eternity of the Republic of Letters’. It shows a female figure, probably representing the Republic of Letters, bearing a head in each hand. The medal is signed ‘Warin’ on the obverse. 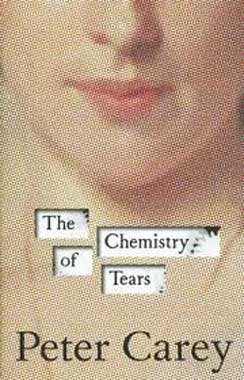 Peter Carey’s The Chemistry of Tears is a tale rich in historical themes that explores the mysteries of human invention and a portrait of love and loss that is both wildly entertaining and profoundly moving, simultaneously delicate and completely chaotic. It is a novel by one of Australia’s most enduring authors, that will have you dancing on the edge of love, loss, paranoia and science, which could bring about the end of our age. Based in present-day London and 19th-century Germany, it follows museum conservator Catherine Gehrig as she mourns the loss of her lover of 13 years. Tasked with bringing a 19th-century mechanical creature back to life, she discovers the notebooks of the man who originally commissioned it. The stories are interwoven and together explore the mysteries of human invention, love, feeling, life and death. It is available on www.bookoffers.com.au