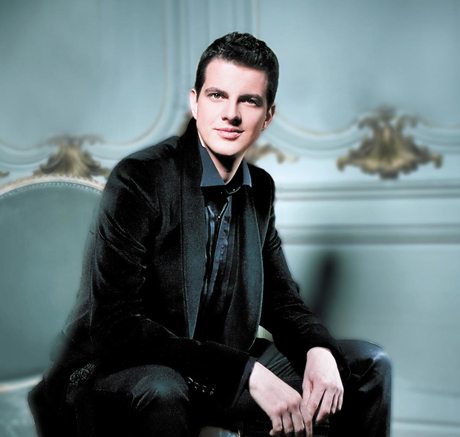 Get Set to Rock the Baroque!

French heartthrob Countertenor Philippe Jaroussky is scheduled to be appearing in both Sydney and Melbourne with the Australian Brandenburg Orchestra in March 2013. It is sure to be a memorable concert in the intimate and powerful acoustic of the Sydney and Melbourne recital halls.

He has the good looks and the charisma to seduce a whole new audience to the intimacy of the ‘music of friends’, to thrill opera die hard fans, as well as generate interest from those emerging from their youthful cocoon into a world where music means so much more than just a beat… Jaroussky definitely has the X factor.

Paul Dyer, leader of the Australian Brandenburg Orchestra, which plays on period instruments, believes the award winning Jaroussky ‘… is one of today’s superstars of the opera world’. Judging from the rave reviews Jaroussky receives wherever he is in the world he certainly has a voice to cherish.

It is perfectly attuned to singing with the tone of an angel. It also has the added bonus of the thrilling ‘coloratura’ technique, with its runs, trills, leaps and virtuoso singing, a feat not often equaled in the world of male voices.

During the 17th and 18th centuries in Europe bold harmonic forms combined with effortless elegance in music that was delicate, poetic and decorative. It was meant to charm, entertain, and move without tears and violent passions, plunging the very depths of the spirit and soul.

Works were often composed for an emasculated man, playing the female role. As ‘primo uomo’, he was the hero of the stage and his excellent technique often seemed more important than the synopsis of the opera. Jaroussky will perform four of six works on the program by 18th century German born British based genius composer Georg Friedrich Handel [1685-1759] and four arias from operas by noted maestro and teacher of singers Nicola Antonio Porpora (1686-1768). The works were written for the adult male falsetto, a voice not recognised as having been achieved before the beginning of the twentieth century without castration.

It was in 1734 that Italian castrato Farinelli (1705-1782) whose real name was Carlo Maria Michelangelo Nicola Broschi, took London by storm. A strikingly gifted singer with a range of more than three octaves, Farinelli was given little choice but to sacrifice his manhood in exchange for his art.

The people adored Farinelli. He was truly a great celebrity of the age, causing women to swoon and indulge in flights of fantasy. He previously had performed in many of Europe’s most famous royal courts where the cognoscenti (connoisseurs) and public alike also adored him.

One of his ‘lady’ fans got so completely carried away she exclaimed ‘one God, one Farinelli! She was immortalized by London based artist William Hogarth, one of the great and witty social commentators of his day, in his ‘Marriage a la Mode series.

The women’s levee he depicted was of an intimate, less official nature, held entirely in milady’s bedroom in the morning as she dressed for the day. It was angled toward flirtation or amusement rather than politics and in the Boudoir of the Countess Lady Charlotte Squander we can observe that her morning levee is in full swing. Her unprincipled barrister is leering lecherously from the couch, while Farinelli in full voice is being accompanied by a flautist, with an ‘exquisite of the first water’ sipping his chocolate surrounded by other notable guests.

Farinelli was a student of Porpora, who was also in London at the time working as a composer for the ‘Opera of the Nobility’ a rival opera company to the one watched over by Handel, who had Farinelli’s great rival castrato Carestini singing for him. Handel and Porpora in trying to outdo each other wrote the music that displayed their protégé’s incredible range and talents.

Jaroussky performing the compositions of two men, who were renowned great rivals in life, has a certain irony. Porpora was very prolific and the rivalry between he and Handel drove them both to produce some great arias and recitative works.

Farinelli’s time in London lasted until 1737, when he left to travel to the Spanish court on a visit, from where he was never to return. Porpora’s and Handel’s rivalry had not been a success and even Farinelli with his amazing voice couldn’t save the company from bankruptcy. In 1737 Handel too got into difficulties, suffering a stroke age 52, that disabled the use of four fingers on his hand for a while and he needed an extended trip to a German spa to aid his recovery. It was a hard year for the London music scene.

George Frideric Handel began composing aged nine and his works include some fifty operas, a large amount of church music, twenty-three oratorios and the much-loved instrumental works, the Water and Fireworks Music.

Handel was Kapellmeister to George, Elector of Hanover in 1710 when he visited London for the first time, later settling there in 1712. His name has become synonymous with his best-known work Messiah, an oratorio set from a compilation of scripture by Charles Jennens.

Handel and his contemporaries had a taste for structural clarity and this emphasis worked its way into the world of music taking it forward towards a style in which a melody was preferred.

Handel was appointed by George II on 25 February 1723 as ‘Composer of Musick of His Majesty’s Chappel Royal’, a title carefully constructed to allow the German born Handel to contribute to the musical development of the Chapel Royal without actually being a member of it. He composed the great anthem ‘Zadok the Priest’ for the coronation of George II in 1727 a ‘grand piece of music in every sense, that has been used at every coronation since. 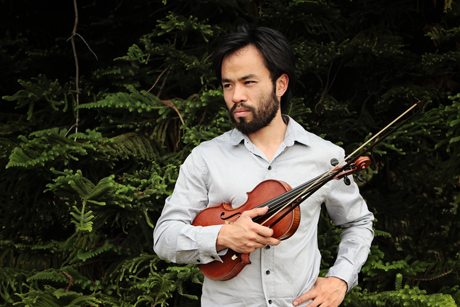 Brandenburg player Shaun Lee-Chen who is an emerging virtuoso violinist and winner of the ABC Symphony Australia Young Performers Award in 2007, will be soloist for the work by Italian composer and violinist Pietro Antonio Locatelli (1695-1764)

“I’ve teamed these two great performers with one of the jewels of the baroque repertoire”, says Paul Dyer.

Handel’s Water Music is a real audience favourite and his Suite in D will add to the special event vibe for this series. 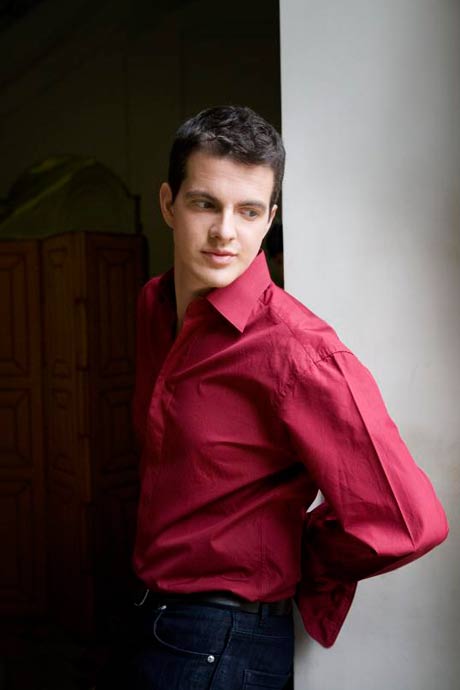 “This will be a concert series of great virtuosity and brilliance – don’t miss these two young stars.” Says Dyer.

The high-pitched point Jaroussky has reached with his splendid countertenor voice is all about pushing the edges in the world of what classical countertenors are able to achieve.

To be a countertenor today is to appreciate that performance does not depend on physical protuberances. Instead it is all about our humanity, and what we have within.

In Europe thankfully the practice of castration began to die out in the late eighteenth century. It was banned in Italy during the late nineteenth century with the last castrati singing in the Sistine Chapel choir early in the twentieth century.

The last castrato, Alessandro Moreschi died in 1922. At the time of his death the revival of Baroque opera began, and it is interesting to note that his was the only castrato voice ever recorded for posterity.

From the sound of it Philippe Jaroussky has a great deal to give and his performances in Sydney and Melbourne should resonate well, lingering long in the memory.

Porpora
Aria “Mira in cielo” from Arianna a Nasso

A review by Janet Walker reveals author Judith Newton’s life and storytelling skill are as enjoyable as recipes in her book Tasting Home, one to savour & keep