The contribution of music as an important and powerful expression of society and culture will be on show when the Pinchgut Opera at Sydney performs their new 2nd opera for the year in the City Recital Hall in July for the very first time.

Composed by Italian born, mostly Viennese based maestro Antonio Salieri (1750-1825), The Chimney Sweep (der Rauchfangkeher or The Indispensable Betrayers of Their Lordships out of Self-interest) is a Singspiel, quite literally a ‘sing play’.

The Singspiel was a favourite genre of Austrian Emperor and the Holy Roman Emperor Joseph II (1741-1790). They often featured hilarious romantic plots, and comically exaggerated characterisations of good and evil, of which Salieri’s The Chimney Sweep is one.

Born in Legano, just south of Verona in the Republic of Venice Salieri was just 15 years of age when he was first introduced to the man who became his mentor and guardian, Florian Leopold Gassmann, who also held appointments at Emperor Joseph II’s court in Vienna.

In 1766 they travelled together to Vienna where Gassman introduced him to the Emperor, who was impressed with Gassman’s protégé and his musical abilities in both voice and composition. He would offer him security and an opportunity to achieve success.

The Chimney Sweep by Salieri was commissioned as an original Singspiel by the Emperor in 1780.

It reached the stage of the Burgheater about a year later, premiering on 30th April, 1781. 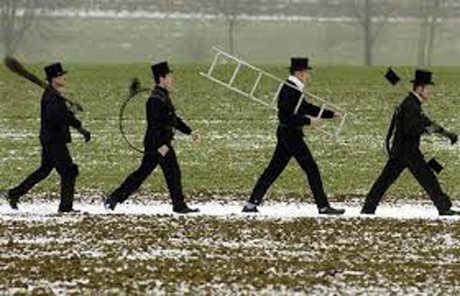 It would continuously be presented right throughout the nineteenth century up to and including the early 1900’s.

Characterised by spoken dialogue alternating with lots of music; in the form of ensembles, songs, ballads, and virtuoso arias for soprano, tenor and bass, one commentator described it as ‘an exercise in the ingenious incorporation of Italian language and musical style into a supposedly German opera’.

An anonymous Viennese critic of the age was noted as observing ‘never were reason, taste and the art of poetry more wickedly desecrated than in this opera’. Nevertheless it was taken up after the court in suburban theatres, where it enjoyed considerable success on the German stage for years. 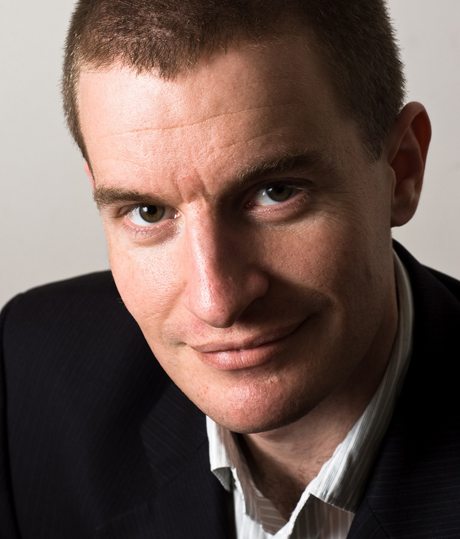 The first performance of der Rauchfangkeher in our own time was on 14 November 2011 in Graz at Austria.

With its premiere release onto the Australian stage, the Pinchgut Opera cast and crew are promising that ‘feathers will fly’.

Volpino, an Italian chimney sweep is working in the rich mansion of Frau von Habicht, a young widow and he needs a dowry to marry his beloved Lisel, who is the cook.

He devises an astute plan to obtain the money he needs from two ambitious noblemen, who are wooing Frau von Habicht and her stepdaughter Nannette, for their wealth.

The artists of the piece will include Australian born tenor Stuart Haycock.

Stuart has been performing internationally to much acclaim in both the concert and opera arenas and will appear as Volpino, The Chimney Sweep.

All the ladies are infatuated with Volpino and his shrewdness and ambition.

Then there are all the elaborate schemes that develop to provide much merriment for the audience. 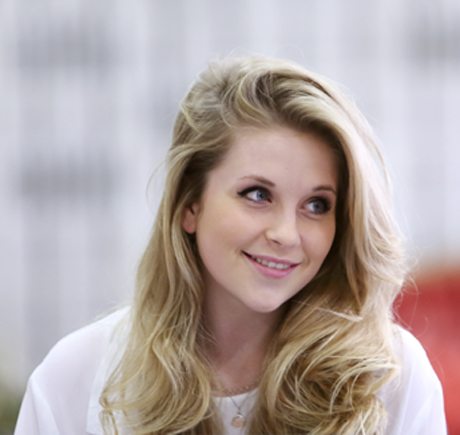 That lovely petite songbird, an honours student at the Sydney Conservatorium of Music with a simply sensational voice Alexandra Oomens (pictured) will be Lisel, the lady in Volpino’s life.

Alexandra made a lasting impression on Sydney audiences when she appeared in the role of Thisbe in the Renaissance mock opera Pyramus and Thisbe, presented by Pinchgut Opera at its fundraising dinner in September.

She then wowed everyone on stage in Pinchgut Opera’s “Giasone”.

The powerful bass-baritone David Woloszko is Mr Bear, with the polished Baritone David Hidden as Tomaso and much-admired actor singer Nicholas Hiatt is Franzl with Gary Clementson as Johann. 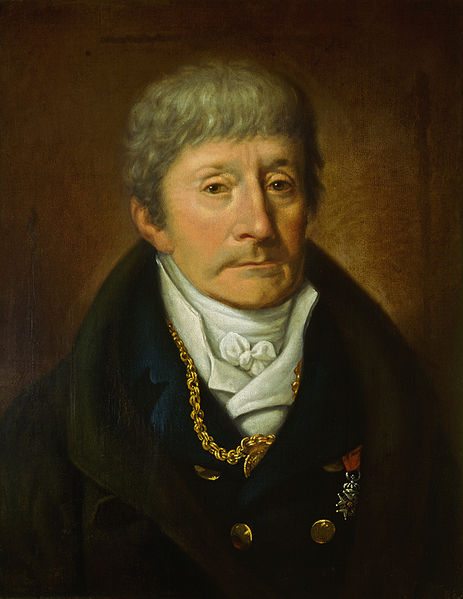 Antonio Salieri was a much respected composer, conductor and teacher who was a pivotal figure in the development of late 18th century opera in Eur0pe, writing in three languages.

He was in turn a pupil and protégé of Christoph Willibald Gluck (1755-1831) who was the Queen of France and Joseph’s young sister Marie Antoinette’s music teacher and favourite composer.

Salieri produced marvellous music that for many today sounds like Mozart, even though it was composed before Mozart appeared on the Viennese music scene.

Together Gluck, Salieri and Mozart were a formidable trio of musical influence during the late eighteenth and early nineteenth century society.

While he wrote no new operas after 1804, Salieri remained a sought after teacher and Franz Schubert, Ludwig van Beethoven and Franz Liszt were among his most famous pupils.

The artistic tradition in music in their time was born of an exciting free imagination. As such it achieved a complete medium of expression, as well as the highest pinnacle of achievement in a climate of music that has seldom been granted to any other generation. The population at large consumed their new musical life passionately, elevating its artists so they achieved unity of both form and material.

The very earnestness of the movement and preference toward ‘classicism’ brought about a ‘moral uplift’.

Mozart’s trip to England as a child in 1764 – 1765 would make a lasting impression, just as Salieri would make his own at the Habsburg court, where he was director of the Italian Opera from 1774 – 1792.

There is no doubt his overture for The Chimney Sweep inspired Mozart’s expanded rendition and overture for The Marriage of Figaro, which is now considered one of the greatest overtures of all time.

As Imperial Kapellmeister from 1788 – 1824 (in the years when Sydney was being founded as a colony) Salieri was also responsible for music at the school attached to the chapel at court, a pivotal place for him to become a major educational force for music.

Erin Helyard, the conductor and co-artistic director of the piece was asked how he planned to work with the language issues of Salieri’s singspiel noted…

…‘we made the decision to perform the whole thing in the vernacular (i.e. English), which is basically what Joseph II wanted to do in the first place (i.e. turn Italian opera into the vernacular, German). But there will be sprinklings of Italian and German through the show!’

And of the music itself?

Erin says, “Right now I’m editing the score from a facsimile of Salieri’s manuscript. He was a very precise composer in his notation and I’m learning a lot about performance practice!”

Emperor Joseph during his lifetime was all about bringing into effect societal reforms, which included closing down huge Italian opera houses and French theatres and promoting the German language far and wide.

For Emperor Joseph perhaps it was all about putting a mirror up to his own society,  just as the Pinchgut Opera in presenting this exhilarating piece of theatre is doing for ours.

Eons ago a mirror decorated the entrance to the temple of Lycosura in Arcadia according to the Greek Geographer Pausanius, whose travel guide was published during the second century. 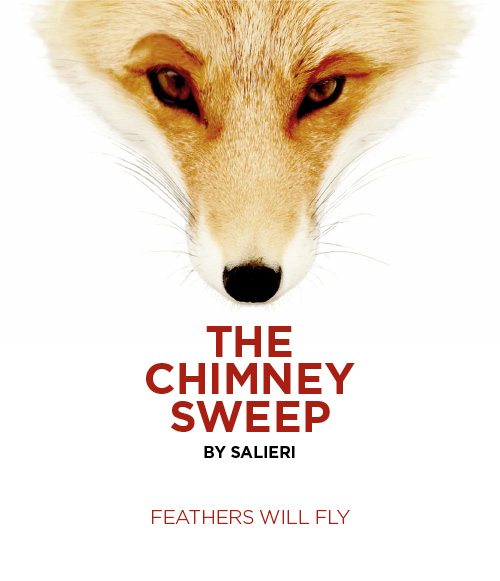 It recorded that the mirror was a reminder to those entering that in order to be receptive of the message of the Gods they needed to shed their existing appearance and reveal their souls beneath so they could be refreshed and healed.

Before leaving they would then be able to re-clothe themselves with a new identity and go forth into the world with a sense of direction, motivation and purpose.

Joseph II loved music and a singspiel sat happily within his enlightened reforms, giving people of all classes and backgrounds the chance to see themselves on stage and reflect on life.

Will be interesting to see if the current audiences react in this way.

Music is and always should be, an integral part of all our continuing education. It is incomparable.

This is very humorous and a social “upstairs/downstairs” style entertainment, rather than the classic high drama of Opera. It should be a great night out in the Singspiel tradition!

It is filled with characters who are all shamelessly indulging their appetites for the good life.

Can’t wait to be hopping on a plane to Sydney for this very special event.

Watch the Ouverture to Der Rauchfangkehrer