The Pinchgut Opera based at Sydney in Australia are certainly style and trendsetters when it comes to the performance arts in Australia. The company was founded on the ‘sweat of an oil rag’ and the hard work of devoted friends who wanted to bring a ‘different experience of opera’, beautiful music works that had been rarely played into the realm of the Australian arts experience.

Over the past decade it has gone from strength to strength, presenting opera from the 17th and 18th centuries performed by an orchestra whose musicians all play on period instruments and sung by some of the most talented singers and up and coming artists around. Operating in the black, they did not seek government grants to proceed when Alison Johnston, Anna Cerneaz, Erin Helyard, Anna McDonald and Liz and Ken Nielsen forged ahead to bring their idea to reality. They discovered along the way that more ‘operas were composed before 1750 than after’ and have dug deep into a wealth of experience and the huge treasure trove of music left behind by many of the landmark composers of their day and their lesser known counterparts.

These include the incomparable Francesco Cavalli (1602-1678) the most influential composer at Venice in his own time, Claudio Monteverdi (1567-1643), whose opera works had until now been regarded only as of ‘historical interest’, the vivacious Antonio Vivaldi (1678-1741) whose influence is widespread although mainly for his violin concertos known as the Four Seasons, and not his opera works as well as Jean-Phillippe Rameau (1683-1764) one of the finest French composers who certainly wanted to entertain.

Joined on their journey with enthusiasm by Andrew Johnston, John Pitman, Genevieve Lang and Norman Gillespie, on Monday evening September 2nd the Pinchgut Opera team held their annual fundraiser dinner in the superb surroundings of the grand 19th century architectural space that is the QVB Tea Room in Sydney.

What a simply superb night it was, the room hummed with excitement and was emboldened as everyone enthusiastically lent his or her continued financial support for the annual December production. This year it is Francesco Cavalli’s ‘bawdy and beautiful’ Giasone, featuring the fabulous ‘guy who sings high’, rising international countertenor Australian born David Hansen.

There were many highlights of what was truly a superb evening, but none perhaps more welcoming than the news that in 2014 the Pinchgut Opera will offer two marvelous performances from now on, one in July and the one in December. Happy days. Happy news.

The next best thing was hearing that it would be a wonderful work by Antonio Salieri (1750 – 1825), who was a pivotal figure in the development of eighteenth century opera.

His opera Der Rauchfangkehrer, oder Die Unentbehrlichen Verräther ihrer Herrschaften aus Eigennutz (The Chimney Sweep, or The Indispensable Betrayers of Their Lordships out of Self-interest) a work in three acts that first premiered in 1781 at the Burghtheater in Vienna. Professor Bashir, the first woman to be appointed Governor of New South Wales, took up her office on 1 March 2001. This wonderful snapshot was taken in Town Hall on Anzac Day 25/4/12, Sydney

The Governor of NSW Professor Marie Roslyn Bashir AC CVO (1930- ) was there lending her gentle, interested, always welcoming presence and continued support for the musical life of our nation and the people who fund it, with her devoted aides-de-camp attentatively by her side.

In an honorary capacity, Lieutenant Kate Traill, RAN is one of the six service men and women who willingly support the Governor in the exercise of her ceremonial and community responsibilities.

The Governor was active in helping out with raffles and auctions and as always, endeared herself forever to everyone there. To meet her is to not only admire the woman, but also to gain respect for the office she holds and the vital role the Governor plays in aiding social and cultural development.

The room was packed with patrons all eager to contribute their dollars to ensure that the show would go on. They were also eager to pay tribute and give thanks to Ken Nielsen, who has stepped down from his place on the board making way for the next generation.

Bringing these gems of music to Australian audiences requires diligence, patience and above all devotion to the task. Everyone involved gives 100%.

Conductor of the Orchestra of the Antipodes Erin Helyard, who was also the Harpsichordist for this fundraising night, explained the detailed process that goes into producing the score. Each Pinchgut Opera production means an entirely new edition of the score is written, with a set of parts for each individual instrument as well as a vocal score for the singers.

This means a fresh approach to editing the work from a facsimile of the composer’s original manuscript and this can take some 150 – 185 hours.

They do this because in taking the time to understand the composer’s original intent, they can tailor the work to suit their own production including the opera’s staging under very different circumstances and places from when they were first performed.

This process = x amount of dollars. To Support the Score, an important part of the fundraising push last night was to cover that cost, which was quickly achieved.

A silent auction of wonderful gifts given by generous donors and supporters also brought in a handsome sum and the dinner itself was 100% profitable.

The raffle, which had ten prizes, topped off the evening in monetary terms. In musical terms the production of the mini comedic opera presentation that has become an integral part of this annual dinner – Pyramus and Thisbe a Mock opera by John Frederick Lampe, was the highlight and a knockout. 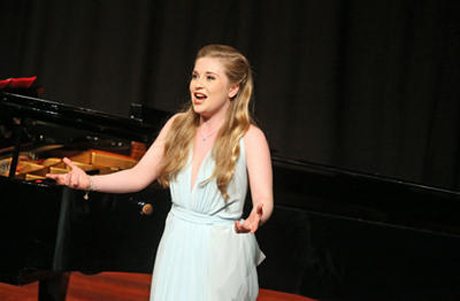 Pyramus on Thisbe wants to call
Alas, between them is a wall
Moon shines, Lion roars, Thisbe runs away
Pyramus and Thisbe both kill themselves then ‘sing the night away’.

The story was based on a romance by the ancient Roman poet and author Publius Ovidius Naso (43 BC – 17 or 18 AD) known as Ovid’.

Good Will Shakespeare (1564-1616) playwright used the outline of its plot in 16th century England for his plays Romeo and Juliet and a Mid-Summer Night’s Dream, taking Ovid’s tale of two lovers forbidden to meet because their families are enemies and making it contemporary. 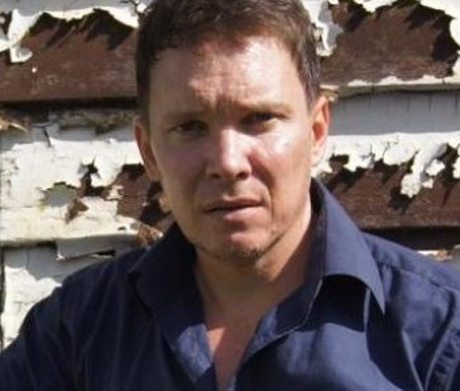 In Ovid’s version Pyramus and Thisbe meet through a crack in the wall between their houses and plan a tryst that goes horribly wrong with both parties ending up killing themselves.

The original intent of Lampe’s version was to mock ‘Italian style’ opera, and hecklers in the audience are an integral aspect of any performance. The cat -calls and whistles of the delighted audience only serve to urge the players on.

Tenor Christopher Saunders, whose natural bent for comedy was a delight, combined it with a lyrical tenor voice that was a joy. He presented Pyramus with both passion and purpose.

Thisbe was played by a bright new talent in the heavenly firmament, a twenty year old tiny powerhouse of energy with a mighty voice of angels the very lovely Alexandra Oomens, who was a finalist in the 2013 Sydney Eisteddfod.

She looked wonderful and sang gloriously, the size and depth of the voice coming out of her tiny frame hard to believe. The Lion that roared and frightened poor Thisbe was accomplished admirably by Corin Bone and Pascal Herington, who is a scene-stealer if every there was one, played Wall and Moon.

Herington quite literally brought the house down; especially when as ‘Moon’ he appeared in his white nightgown wearing a divine nightcap and carrying his fluffy white toy dog and lantern.

Together with the narrator of the piece and the superb playing of the mini Orchestra of the Antipodes with Erin Helyard at the helm on harpsichord, Melissa Farrow on Flute, Matt Greco and Skye McIntosh on Violins, James Eccles on Viola (his Mum sat next to me) with Anthea Cottee on Cello, this truly delightful and charming piece was wonderfully staged by Mark Kilmurry, designed by Amanda McNamara and illuminated by Alex Berlage.

Great entertainment and everyone involved deserved a golden star on the forehead.

The evening highlight of highlights came after the big announcement when the lovely Alexandra Oomens once more took to the stage to sing a magical aria from the forthcoming production of Salieri’s opera. It was a wonderful note to end a wonderful evening on.

Pinchgut Opera afficenados will now all look forward to this year’s production of Cavalli’s Giasone, which will tell the tale of one man, two women and three times the trouble.

The patrons of Sydney who support the Pinchgut Opera have contributed not only their money but also invested their hearts and souls into making sure that the company continues to thrive and that Australian audiences have an opportunity to understand and embrace their musical cultural heritage.

Rosemary Penman designed the Menus on the Run for David Jones when they first established their Food Hall – “Food, Glorious Food” her Xmas Recipes are delicious