There will be many ‘blue suede shoes’ trampled on in the guaranteed rush to see the first major exhibition to be held at The Metropolitan Museum of Art in New York this year, about the very modern art of rock and roll.

Play it Loud: Instruments of Rock and Roll will be on show from April 8 – October 1, 2019, made possible by the John Pritzker Family Fund, Estate of Ralph L. Riehle, the William Randolph Hearst Foundation, Diane Carol Brandt, the Paul L. Wattis Foundation, Kenneth and Anna Zankel, and the National Endowment for the Arts. 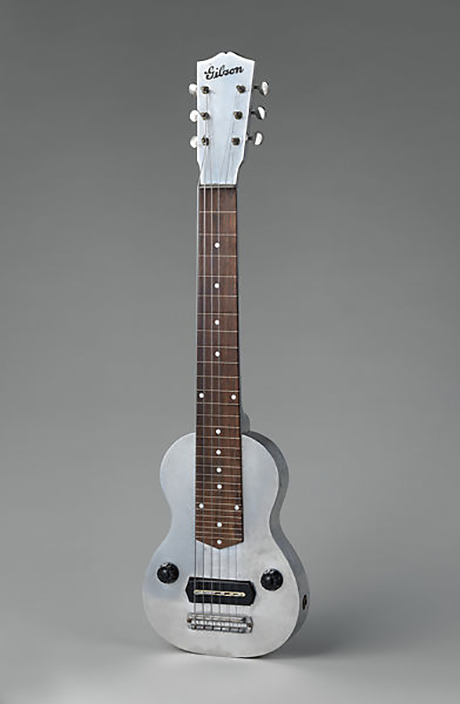 Guitars understandably will be a focus, for the arrival of the electric guitar, following on from the advances in electronic technology during World War II, led the driving rhythms of all the instruments, helping to give ‘rock and roll its signature sound’.

Stylistically, the popular music rock n roll, which originated in the USA during the mid 1950’s, was defined by using both standard and electronic instruments. Two guitars, bass and drums were at the essence of giving each band a unique sound by showcasing special effects of its own. It would help the new music eventually emerge on a grand scale, as American singer and songwriter Bill Haley (1925-1981 with his cheeky 1955 hit “Rock Around the Clock”, helped the movement met morph into an international style.

This happened via the new generation teen audience who regarded the new style rock n roll as the music of rebellion against old ideas and outmoded traditions being reinstated in society. After two world wars and a depression, they wanted so much more. 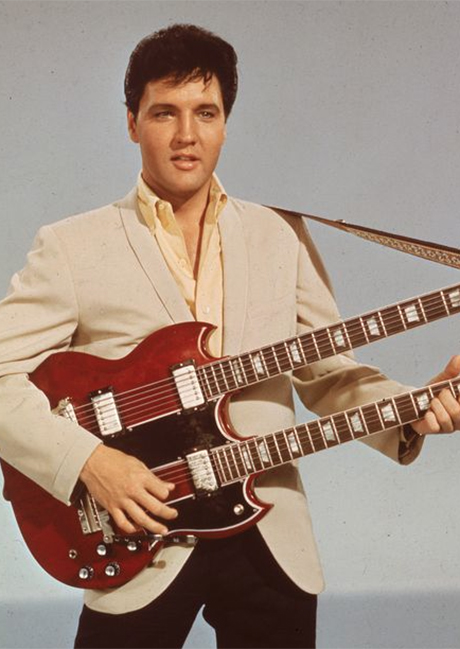 Rock n roll used singing as a point of departure, but the style was about… heightened amplification, complex lighting effects, ab fab costumes and signature movements by the lead singer and their backing group. It was like a mixture of visual elements, featuring the pop sounds of musical theater combined with the exaggerated operatic elements for viewers

Bill Hayley didn’t last long as the ‘father of rock n roll’ because the King of Rock and Roll was already on the rise. Memphis born hip swiveling Elvis Presley (1935-1977) was to quickly become rock music’s most dominant performer from the mid 1950’s until his death.

Girls went into a swoon when he put on his blue suede shoes.

Well, it’s one for the money
Two for the show
Three to get ready
Now go, cat, go

“The Met has for decades exhibited, celebrated, and contextualized the global artistic vision and extraordinary craftsmanship involved in developing musical instruments,” said Max Hollein, Director of the Museum. It is home to one of the world’s most diverse and important collections of musical instruments from nearly all cultures and eras.

“Play It Loud”, he continued, aims “… to celebrate a formative chapter in 20th-century art and culture, and the extraordinary objects featured in this presentation convey the innovation, experimentation, passion, and rebellion at the heart of rock and roll” he said. 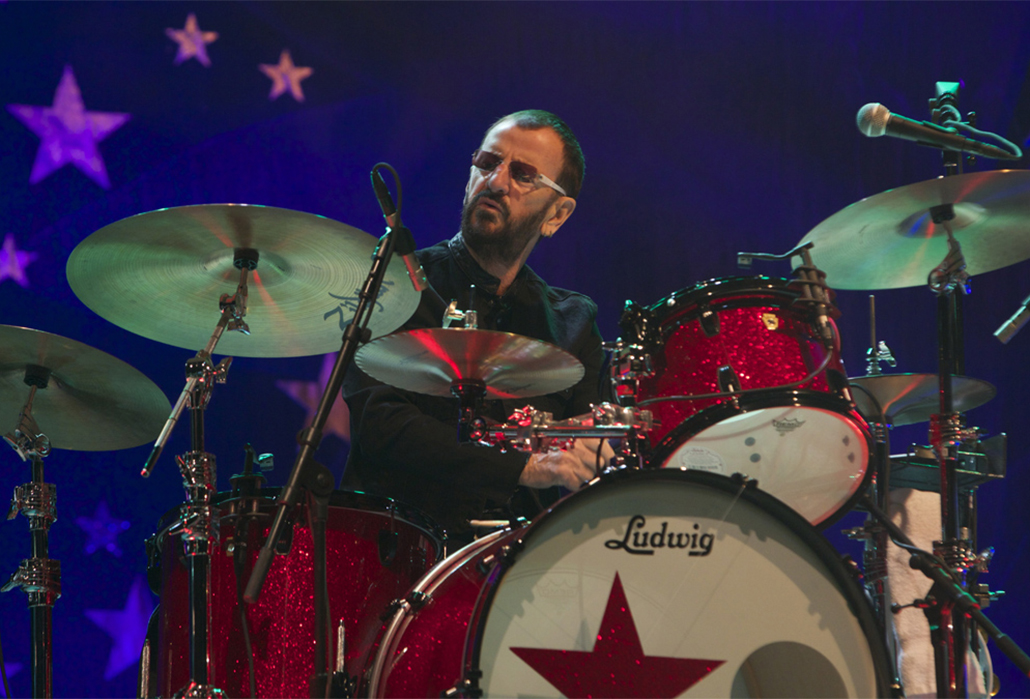 Ringo Starr performs with his All Starr Band at his North American tour launch at Casino Rama in Orillia, Ontario — Image by © Michael Hurcomb/Corbis

This exhibition Play it Loud: Instruments of Rock and Roll will also travel to the Rock & Roll Hall of Fame in November 2019. 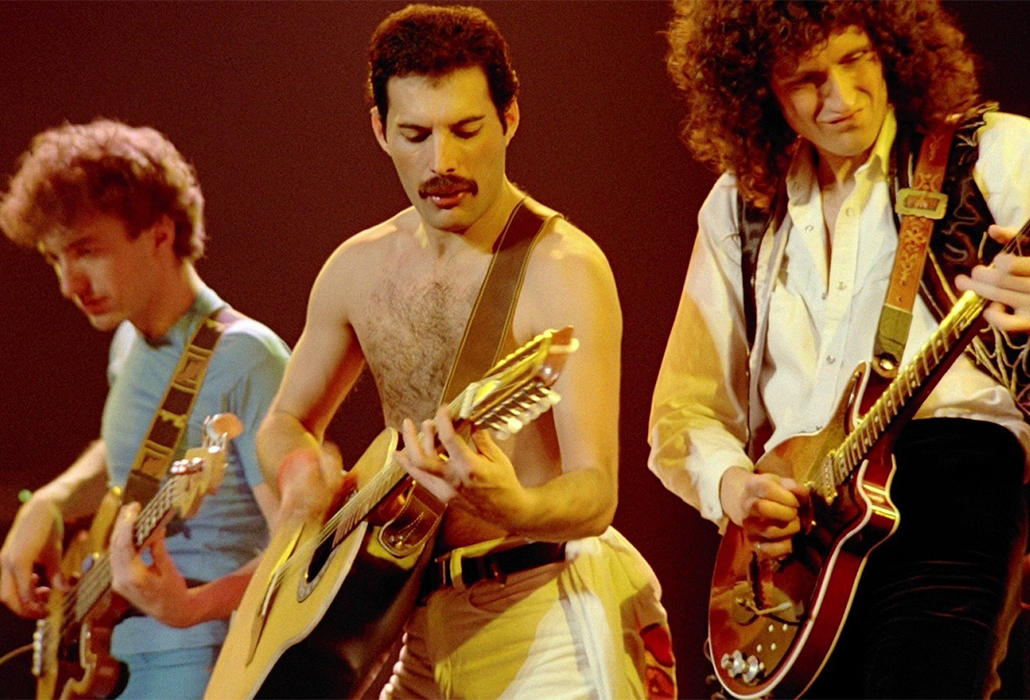 Queen: On guitar, Freddie Mercury, Brian May and John Deacon

Jayson Kerr Dobney, Frederick P. Rose Curator in Charge of the Department of Musical Instruments, commented: “Instruments are some of the most personal objects connected to musicians… this exhibition will provide a rare opportunity to examine some of rock and roll’s most iconic objects up close” he said. 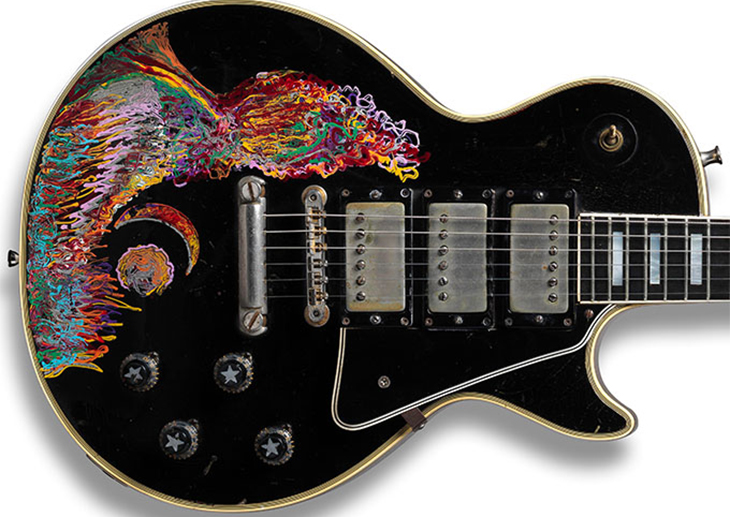 The Met Fifth Avenue will also offer a variety of programs to compliment the show and on MetFridays, locals and visitors will be able to celebrate the considerable art of rock and roll with performances, talks, lectures, screenings, and workshops.

Well, you can knock me down
Step in my face
Slander my name all over the place
Well do anything that you want to do
But uh-uh, honey lay off of them shoes*

WOW, what a treat! I can see all my old rocker friends getting ready to jive! 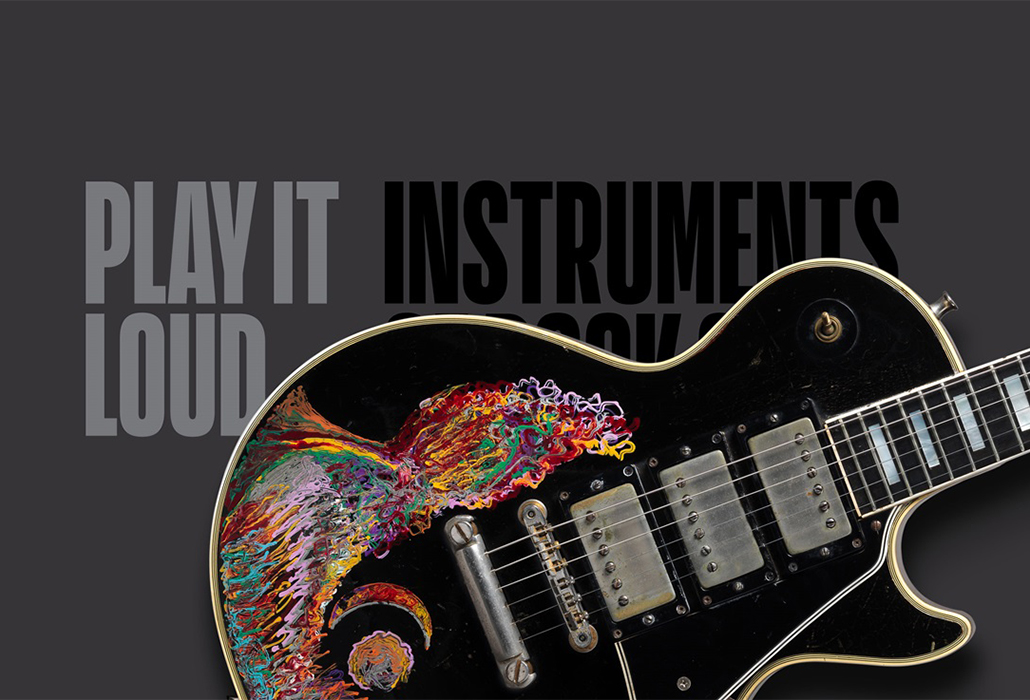 Play it Loud: Instruments of Rock and Roll

Tapping into all our escapist fantasies, in the TV Series 800 words all the people of Weld are great characters and full of human frailty with hilarious results