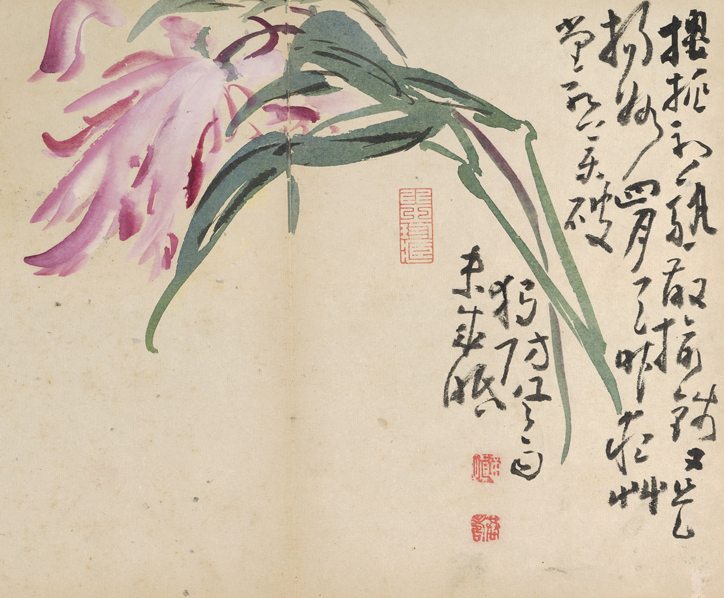 The great interconnections between poetry, calligraphy and painting in Chinese art will be explored in an exquisite small exhibition at the National Gallery of Victoria from 6th December 2013 until 9th June, 2014.

Master Li had a phrase he did not want to express in words,

so with light ink he sketched out a soundless poem

Three Perfections: Poetry, Painting and Calligraphy in Chinese Art is an exhibition of poetic works by significant Chinese artists, uniquely combining the ‘three perfections’ calligraphy, painting and poetry to present a harmonious whole.

The show features beautiful and intricately detailed traditional Chinese paintings using calligraphic brushstrokes on paper and silk, many of which will be mounted as hanging scrolls. Scholars and scholar-officials were taught the ‘arts’ of poetry, painting and calligraphy during the 11th century in China, during the Northern Song Dynasty (960 – 1127). It is at this time the development of printing became central to a great burst of intellectual activity.

In 105 there was the discovery of paper, traditionally credited to the enuch Ts’ai Lun.

Feng Tao, traditionally regarded as the inventor of printing, presented the royal family a complete edition of the classics in 953 and the Sung dynasty reaped benefits of this new aid to scholarship and learning. During the 9th century poetry introduced by Po Chu-i became legendary in Chinese history. He insisted poetry must be understandable by ‘old country women’ and his style later influenced many modern Western writers.

His relationship with Yuan Chen, has been described as perhaps the most famous friendship in Chinese history.

Meeting first in 802 they passed the Provincial and Metropolitan examinations, establishing themselves as scholars. They were given a pleasant job in the palace library, only expected to turn up twice a month.

When they passed the Palace examination, set by the Emperor himself, Yuan established himself as someone too prickly to keep around and spent much of his life in exile writing to Po.

Po’s career was with the government and very distinguished. They met from time to time, writing poetry to each other and their friendship became a national institution.

“We drank together and when we parted, with tears in his eyes, he gave me two poems”

Do not scold me for still being here! I know I have stayed too long;
I have tried hard to say good-bye, but words will not come
Let me stay, for few are left of our grey headed band;
Tomorrow you may not get the chance of a meeting such as this

Sung emperors reigned from 960 to 1279 when printing became central to a great burst of intellectual activity. They sought to recreate the splendour of the T’ang court building palaces, attracting writers and artists to their court.

They revived the Academy and established porcelain, lacquer and silk factories on the outskirts of the capital Kaifeng.

While the emperors avidly collected paintings, bronzes and antique jades, they did not hesitate to wield the brush themselves. 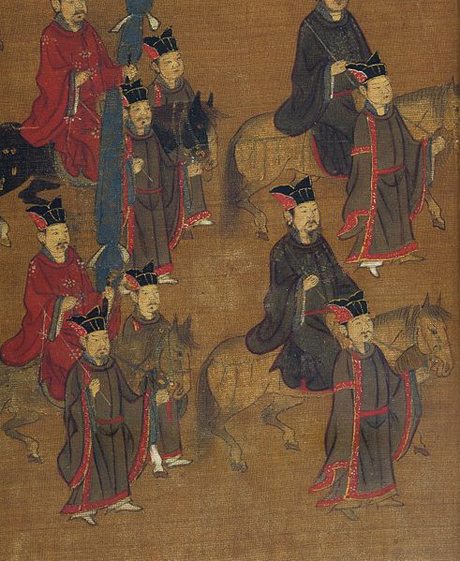 During the Chinese Yuan dynasty (c1260-1368) knowledge of Cathay first filtered through to the west. Established by the Mongols, Kublai Khan gained the title Great Khan by defeating his brothers and embracing Chinese culture.

In 1260 Peking became his winter capital and he rebuilt the city. In 1271 he announced the beginning of another Chinese dynasty with himself as first emperor.

Naming it Ta Yuan, meaning great origin, he governed along Chinese lines, employing foreigners who travelled the length of the Silk Road.

The notion China was a land unlike any other found fertile ground in the western mind during the 14th century. Stories of the wondrous land of Cathay enhanced the idea its people were different, fascinating westerners.

To a European mind they were perhaps a little bit peculiar. Marco Polo stressed the idea the East was a land of precious gems, spices, and gorgeous silks and the first stirring of what would eventually become known as the China Trade grew out of Marco Polo’s reports sent back to Venice .

This was when Europe was emerging from medievalism, and the effects of his accounts of what he had seen created a sensation. From 1405 – 1433 Chinese Ming Emperors funded a series of seven voyages into the Indian Ocean to recover trade in the form of tribute from kingdoms in Southeast Asia.

They also wanted to re-enforce their claim to universal authority as well as satisfy Europe’s increasing thirst for knowledge.

As in the courts and great houses of Europe there was a very rich and symbolical language which people read because they were visually aware and well acquainted with the stories. So it was the same in China. By the late Ming Period c1573-1644 new developments in the ancient arts of calligraphy and painting occurred through mutual discussion and creative interaction.

The works the literati of China produced was all about heightening an awareness of the artist as an individual.

His position in the world and relationship with his peers was assured. Artist scholars attained a high level of artistic merit, especially when it was tinged with extreme, poetic elegance that reflected a healthy attitude towards the development of art and society together

In 1368 when the Ming dynasty began, many scholars consider the supreme periods of its major arts including literature, calligraphy and painting were already passed

Director of the NGV Tony Ellwood said “We are very pleased that this will be the first exhibition to go on display in the newly reopened Asian Art temporary exhibition gallery, a space which will host a rotating program of Asian Art exhibitions.”