The fourth series of the hit television series BBC One’s POLDARK, is well and truly underway. Ross Poldark (Aidan Turner) coming home from London where he’s representing the constituency of Cornwall in the House of Commons, declares his wife Demelza (Eleanor Tomlinson) deserves far better than doubts and mistrust from her husband. Ghastly George Warleggan (Jack Farthing) is working hard in his endeavours to purchase the Borough of St Michael, which contains two sitting members. He wants to make a triumphant return to the house after Ross has beaten him locally – he’s still smarting about his defeat at the hands of his rival. Elizabeth (Heida Read) has told her husband how it was Demelza who intervened and changed the two local nobles Sir Francis Bassett (John Hopkins) and Lord Falmouth (James Wilby) minds about joining their two constituencies and electing Ross Poldark, which only makes George far more determined to succeed in his quest.

Ross on the other hand just wanted George Warleggan to be beaten, so he would have a chance to defeat everything he represented; power, privilege, entitlement and corruption.

Do Not Read Any More If You Don’t Want Spoilers. 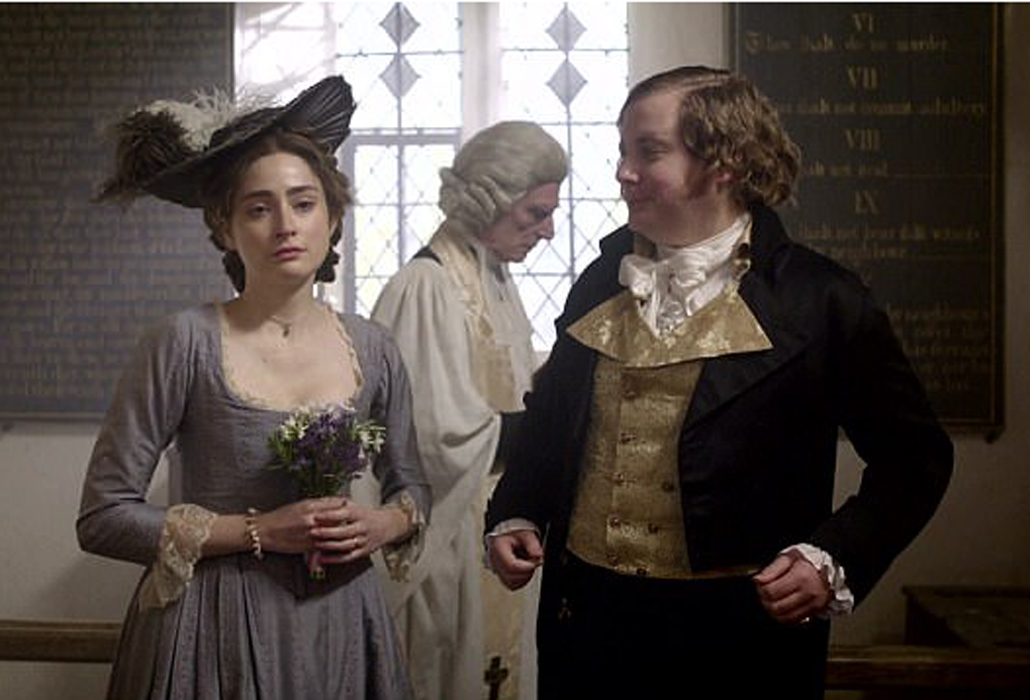 Oh, what tangled webs we weave

On the beach below Nampara Farm, the newly united POLDARK family including Ross, Demelza and her brothers Sam (Tom York) and Drake Carne (Harry Richardson, the Poldark children, plus their best friends Caroline and Dr Dwight Enys (Luke Norris) and their new baby Sarah, together with Prudie (Beatie Edney) the family help and their pet dog, are all enjoying time out together. Ross later muses on his life in Cornwell with Demelza, a place where he declares, he can sleep at night, unlike London. Demelza asks Ross if their relationship will well and truly mend and he observes they have already peace between them asking what is wrong. She reveals she is still afraid of losing him.

Demelza awakes next morning late to find him already gone to visit Lord Falmouth to talk politics. His patron reveals how he expects Ross to vote for causes he supports… even if he disagrees with them… its milord’s reward for having him elected. 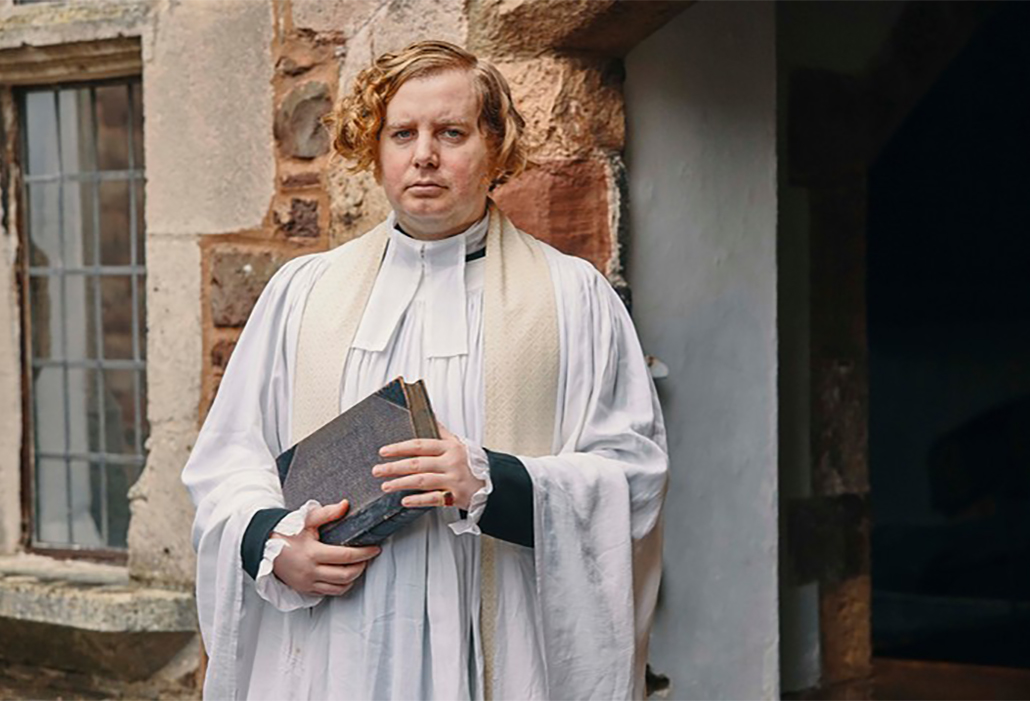 Horrible Ossie is finding out via the confessional about the bank whose funds were embezzled from wealthy men in the district, so he can share the information with George Warleggan to his advantage. It should help his patron get rid of Ross and the Poldark’s for good.

Ross and Dwight finally gain some time to talk together. Ross says he believes his friend is out of sorts, and wants to discuss what is wrong. Dwight tells him how he has discovered he and Caroline’s baby is dying… she has a congenital defect of the heart and the smallest infection or a cold will kill her. 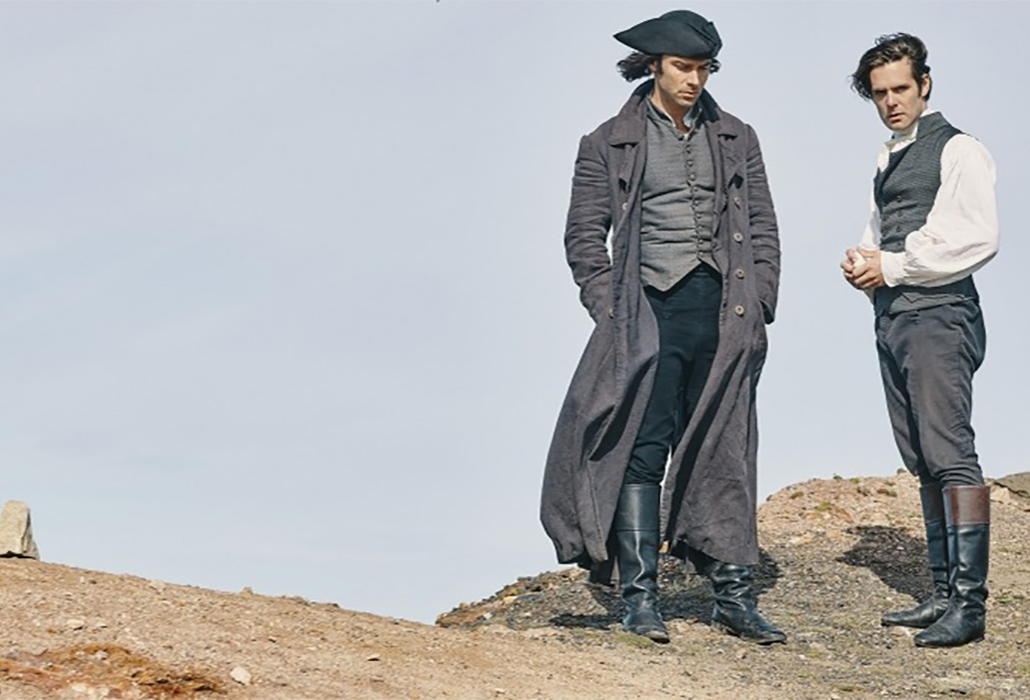 Dr Dwight is proving to be the forerunner of a very modern doctor, as this is the time when mountebanks and quacks with quick remedies, abounded. The two friends console each other. Ross then asks does Caroline know and Dwight reveals he doesn’t know how to tell her… it’s just a matter of waiting … and he asks Ross to not share the knowledge with Demelza.

Ross has to leave for the mine where his workers are waiting and so Dwight says they will talk further at a later time.

Elizabeth and grown up son Geoffrey Charles are visiting Morwenna, who was his old governess. She tells Elizabeth how Ossie’s mother Lady Whitworth appoints the nurse who looks after her baby, making her old friend worried about her younger charge.

Ossie is leaving Rowella’s bed, accusing her of being a harlot when he runs into Elizabeth coming to visit her friend’s sister for a visit to find out what is going on. However he sends Elizabeth away by telling her a pack of lies. There is no lower point for this ghastly clergyman to stoop to – leaving us to hope he soon meets the devil himself, personally.

Geoffrey Charles (Louis Davison) goes to see Drake to tell him he requires their friendship to continue despite his position in society and they talk about how after trials and tribulations, life must go on. Demelza is plotting to get Drake a girlfriend by asking him to take Rosina (Amelia Clarkson) who works for her all the way home. Knowing ‘folk will talk’, he says he does not care… let them, as he is trying his best to move on.

Ossie comes to the tavern where Dr Dwight is having a quiet pint to reflect on all that is happening. The persistent Rector asks him about his wife, offering the opinion she is beyond help and asking for him to have her put away, which at the time was easy for any man to do. However, he does need the good Dr to sanction his decision. Dwight refuses.

Over at Trenwith Elizabeth is waving her son Geoffrey Charles off to London, with George reminding her she has their son Alexander to cherish now he’s gone. Demelza is visiting Caroline who tells her she’s worried about Sarah, who appears ill. Caroline tells Dwight when he comes home his daughter has been out of sorts all day and he hastens to examine her. He knows the time for her to leave is near.

Demelza tells Ross she has heard young Sarah is sick and he rushes to be at Dwight’s side, urging him to tell his wife what is happening before leaving for the mine where they are hoping for the breakthrough.

Dwight finally tells Caroline what he dreads and she’s shocked and disbelieving. He is suddenly called to the mine urgently, leaving Caroline to fend for the baby and herself. Ross has gone down the mine with his workers, to be there as they break through into the old tunnels… Samuel has offered up a prayer for their safety, but they strike water and the rush is on to get everyone out of the mine before it floods.

Ross goes deeper into the drives trying to alert all his miners to the danger, while putting himself in harm’s way. He has to dive deep into the rising waters to find one miner who has fallen in, to try and bring him to the surface.

Sam comes to help him and they struggle to escape. He had been waiting for Emma to come back home as one year has passed since she promised to give him her answer about marrying him. Wheal Grace, one of the mines in BBC One POLDARK

Meanwhile on the surface all the wives and children of the miners are gathering slowly as the alarm goes off and Prudie rushes home with the news the mine is flooding to Demelza. Dr Dwight has also arrived on the scene, when Ross and Sam bring the man out who is not breathing and the good doctor brings him back to life.

Afterwards Dr Enys is summoned by the second physician Ossie Whitworth has hired to have Morwenna committed to an asylum. Dwight refuses to comply with his colleague’s request to endorse the recommendation and despite threats, goes on his way leaving the Reverend Ossie in a furious state of mind.

Heaven only knows what the consequences will be. 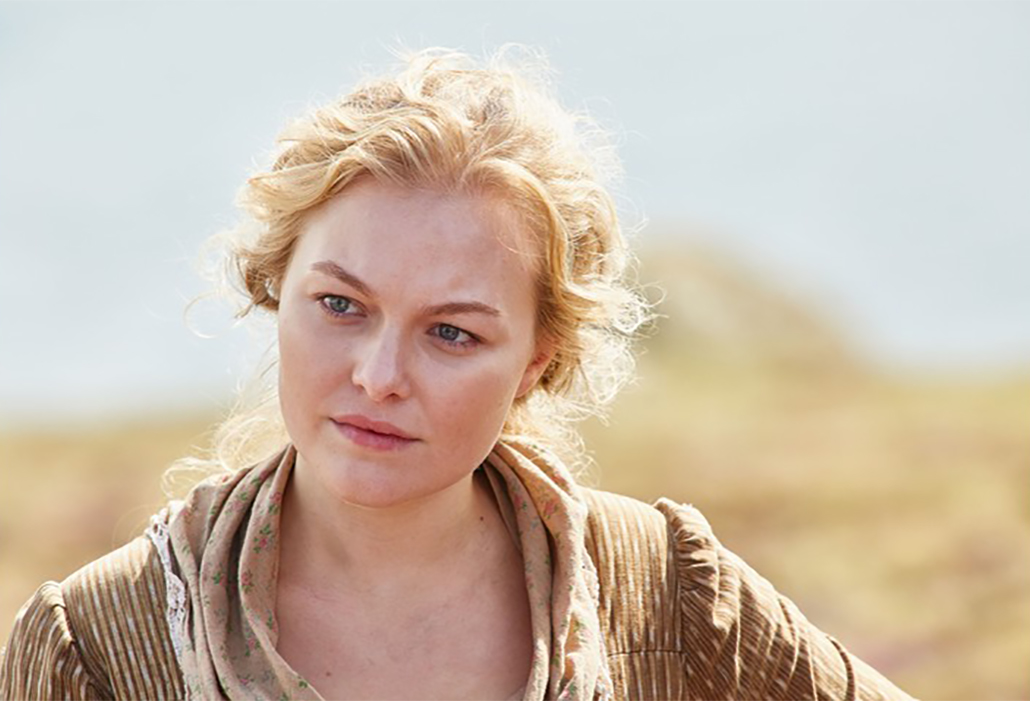 Emma arrives to see Sam after the big mining event and tells him she is to marry someone else. He’s shattered when she says she has given here new beau her word, but not her heart. She’s worried Sam is a preacher and that she’s not worthy of his name so she’s decided to martyr herself.

When Ross and Dwight return to Caroline she has become steely silent until Dwight tells her their daughter is gone. She won’t let him take her from her arms and won’t let Ross send for Demelza because she believes her friend will become too emotional and undo them all. 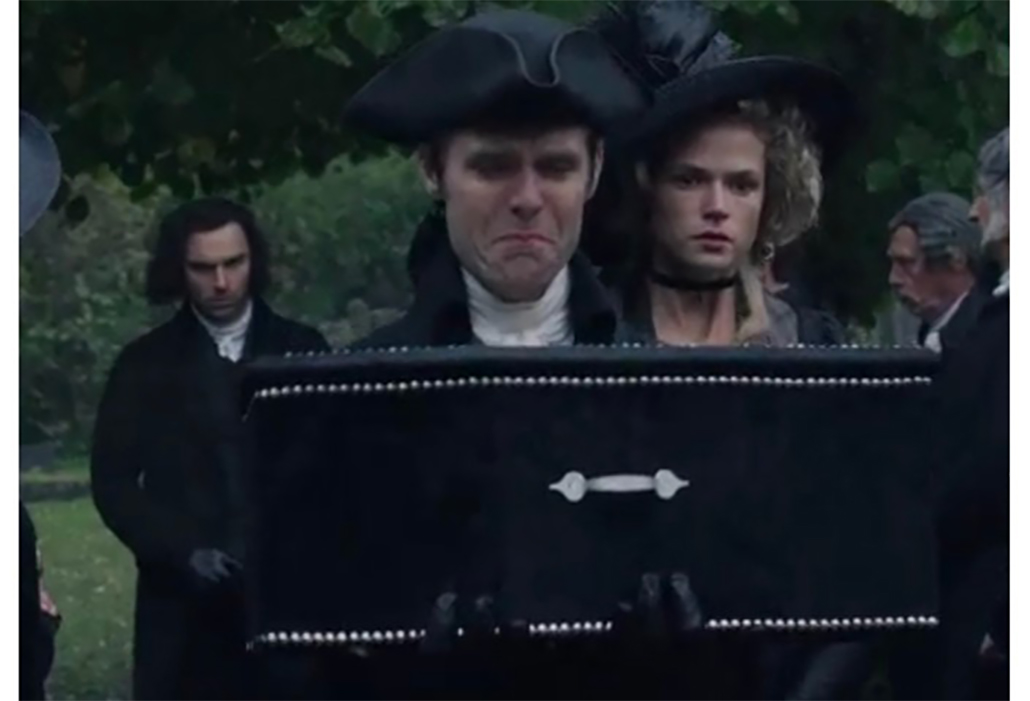 The next day it is a very sad funeral with Dwight carrying their daughter in a tiny black coffin in the rain. All the district turns out to grieve with them.

Afterwards Ross finds Demelza walking on the beach in a terrible state, because it has reminded her of losing her own baby and its funeral.

Ross diverts her attention by telling her about all the doubts he has about returning to London and that he has decided to stay past the time to be back in the house, writing to Lord Falmouth to tell him he cannot abandon his workers in their time of need. Ross and his workers are trying to clear the mine, but it could take ages and in the meantime, he still has to pay them all, digging into his and Demelza’s life savings.

George at Trenwith is gleeful because he’s just heard he has secured the borough he was after, meaning he and Elizabeth will return to London so he can take on his rival Ross in the house. Caroline comes to talk to Dwight and tells him she wants to leave him for a while as she feels she has failed and while she remains in their house she cannot heal from the loss of her daughter. She leaves for London taking Horace their dog with her. Dwight is distraught.

Meanwhile poor Morwenna over at the Vicarage is awaiting her fate.

Dwight is with Ross and Demelza when his wife Caroline is having second thoughts after arriving in London. He and Ross take a walk together to talk about all that has happened to them both.

They find themselves at the Trenwith fence barrier where Ross takes out his temper by breaking the old posts… not very fine behaviour for a politician. He tells Dwight it is the curse of the Poldark male line, swiftness to anger, readiness to hold a grievance and an inability to compromise being among his many bad character traits.

Dwight observes ‘anger’ can have positive results as well. Ross has finally decided to go back to London, that other world Demelza believes he finds ‘intoxicating’. He promises her soon they will go there together before riding off, throwing both Dwight and Demelza together to comfort each other.

Napoleone Bonaparte and his rise to power dramatically changed the political and social scene of Europe and the world of costume, including jewellery. At his coronation as Emperor of France in 1804 he wore a gold laurel wreath in the Greek taste. Each leaf represented a military victory. So great…