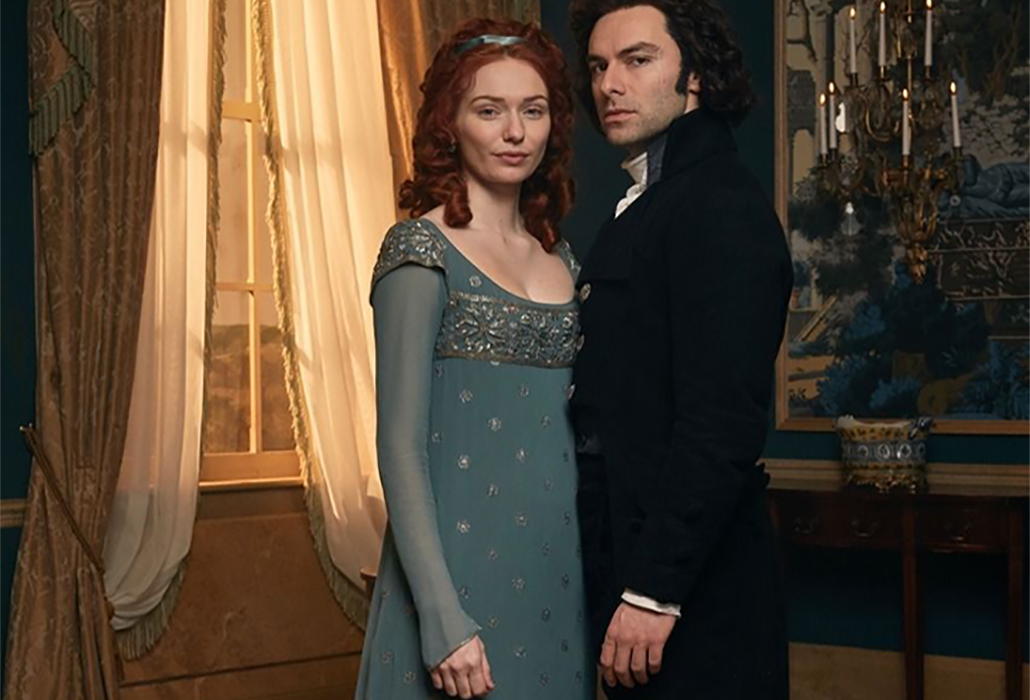 All the events of life, present and past, contribute to the developments that take place during the final episode of Series 4, Episode 8 of BBC One POLDARK.

Demelza Poldark (Eleanor Tomlinson), unacquainted with London ways, has returned home to Cornwall to re-asses her relationship with her husband Ross Poldark (Aidan Turner). Their whole life together has been very much affected by the death of Monk Adderley (Max Bennett) in London, and she needs a break to think clearly.

Going back to 1780, in this the finale of Series 4, we revisit the days when Aunt Agatha (Caroline Blakinston) Poldark ruled the roost at Trenwith House and Ross was enamoured of Elizabeth and they were engaged to be married. George Warleggan (Jack Farthing) and Francis Poldark (Kyle Soller) at that time were on the outside of their happiness together.

They were present to wish Aunt Agatha happy birthday, and on that night, she would sow the first seed of doubt in the mind of both Francis and George, that they would always be Elizabeth’s second choice, a view that has had long-term consequences brought about by Ross enlisting to go to war.

Back in the present, Demelza has reached Nampara Farm, the home where she and Ross had always been together in both their actions and thinking. Meanwhile in London Elizabeth (Heida Reed) is visiting a Doctor incognito, to enlist his help in having her baby born at eight months to convince her husband their son Valentine is his. He prescribes a potion to help the process along, telling her it is dangerous.

It is 1799 and Ross is in London meeting with his nephew and Elizabeth’s eldest son by Francis Poldark Geoffrey Charles (Louis Davison). George Warleggan walks by and causes a scene, goading Ross to call him out in front of the company, which includes his sponsor Lord Falmouth (James Wilby). His prey however, refuses to be drawn.

Elizabeth at their London home, is packing to go home to Trenwith Farm. George, is once more, refusing to speak to their small son Valentine, who is at a loss to know why his Papa is ignoring him.

Meanwhile back in Cornwall Demelza is having a meal with Dr Dwight Enys (Luke Norris), asking his advice about what to do about Ross, his best friend and the love of her life. Will he ever come home to Cornwall she asks, little knowing he’s already in a coach with Dwight’s wife Caroline (Gabriella Wilde) making the long journey home. Harry Richardson as Drake and Ellise Chappell as Morwenna in BBC One POLDARK, courtesy of Mammoth Pictures

Drake Carne (Harry Richardson) meets Morwenna (Ellise Chappell) on the clifftops, telling her he wishes that their love will be restored.

He wishes they would have a relationship that would be all about what is beautiful in the world; those things he holds most dear.

Begging her not to remain alone, but to marry him and become his wife, in name only … if that is what it is takes.

Their life together can only be about love he tells her.

He’s an idealist with a strong faith in forgiveness as the first step to true happiness.

They are both delighted, especially when Drake comes to tell they he and Morwenna are to be wed, although he is worried she will change her mind. Drake and Demelza approach the local priest about a special licence so it can happen right away.

On her way home from the church Demelza meets Elizabeth in the church grounds with Valentine and wishes her the very best for the Xmas season and the years ahead at the turn of a new century to come.

Ross goes to a meeting with his sponsor Lord Falmouth the minute he arrives in Cornwall, because he wants to discuss their personal relationship. He’s pleased to find out he’s still in favour, despite their disagreements in London.

The banns for Drake and Morwenna’s marriage are read at Church and Elizabeth goes to meet her cousin Morwenna to offer her good wishes. She tells her she regrets her part in adding to her unhappiness during the years past. They agree on how Drake only sees the good in people.

Morwenna agrees to walk with Elizabeth, some of the way home. And when they get there, agrees to stop by and see Valentine. Drake is alarmed to find her gone when he arrives back home. Ross arrives and worried for Morwenna’s safety, heads off to Trenwith to come to her aid should he be needed.

George arrives home and finds Elizabeth, Morwenna and Valentine enjoying tea together and Valentine tells him about his Aunt being engaged. He orders her to leave his house immediately and never come back, ordering his lackey to ‘see her off’. Ross arrives and George tells him he threw her out and that if he Ross sets foot at Trenwith again, he will have him shot. Ross asks George what more does he want when he has it all. Elizabeth invites Ross to leave, and he apologises to her and ask for her forgiveness, which is granted.

Morwenna is being chased by George Warleggan’s lackey and his dogs, with Drake arriving to defuse the situation, comforting her and telling her she is safe. Elizabeth is angry at all that is going on and she asks George to put aside his hate and jealousy and include Valentine in his life. 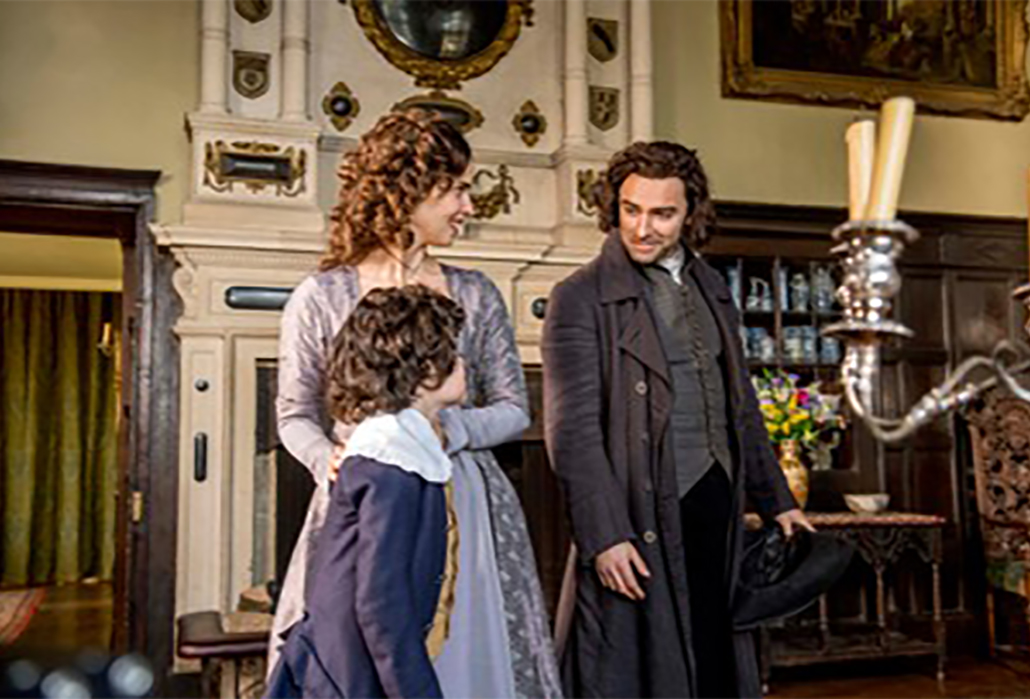 She retires to her room to take the potion and bring on her labour, risking her life to prove to George that Valentine is his son.

Ross takes Demelza home now he knows Morwenna and Drake are safe, where they talk into the night. They talk about causing each other pain, and she re-assures him of her love.

At their home nearby, both Caroline and Dwight are also enjoying each other’s company once more. He’s hoping their love can be restored too. Suddenly he’s summoned to help Elizabeth because he’s closer than her usual Doctor and she’s gone into labour. Elizabeth has a daughter, delivered safely and happily. She’s small, but she and her mother are seemingly both well. Dr Dwight causes George to reflect on his past actions.

George goes to tell Elizabeth they will have a future without recrimination if she can forgive him, which she does. They agree to call the baby, Ursula, which means little She Bear. He also tells her the Prime Minister has promised him a knighthood; she will be Lady Warleggan.

Not long after giving birth Elizabeth however, is in great pain. Dr Enys insists he and her usual Dr Choake visit her together. He asks where her pain is… in her feet and hands is her reply. She is so cold. He examines her and notices she the extremities of her hands and feet are both red and he and Dr Choake are both at a loss what to do. Later Dwight discovers the small phial of potion she has taken among others on her dressing table and swiftly removes it from sight. Ross and Demelza hear the news from Caroline and Ross about Elizabeth being in peril. Demelza agrees to him going to find out if she is alright and he rushes to Trenwith to find out and meets a grief-stricken George who tells him when he arrives, Elizabeth is dead.

Ross goes to bid his former love a final farewell, before going home to share the news with Demelza and tell her how afraid he is to lose her from his life and she reassures him he is her one and only true love. 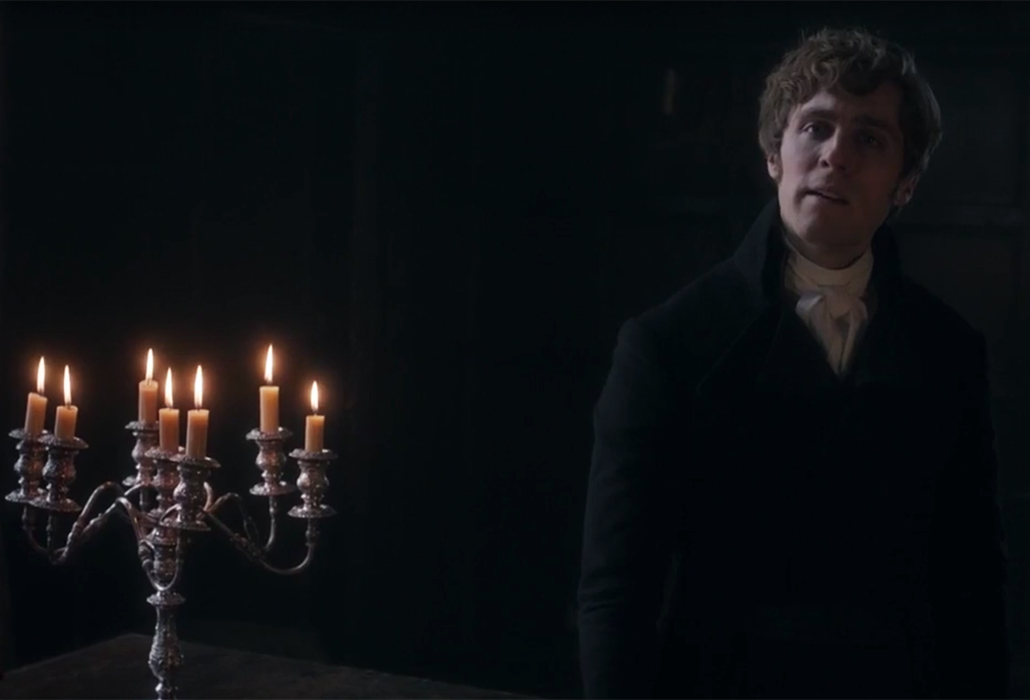 George is completely gutted, realising at last what he has lost. Dwight offers him his daughter to look after and together with his son Valentine, they go to her grave to say goodbye.

In the final moments Dwight and Caroline talk about Elizabeth and the tragic events that have led to her death. She tells him she’s come home to have a meaningful life with the man she loves and to try to bring about new life once again. 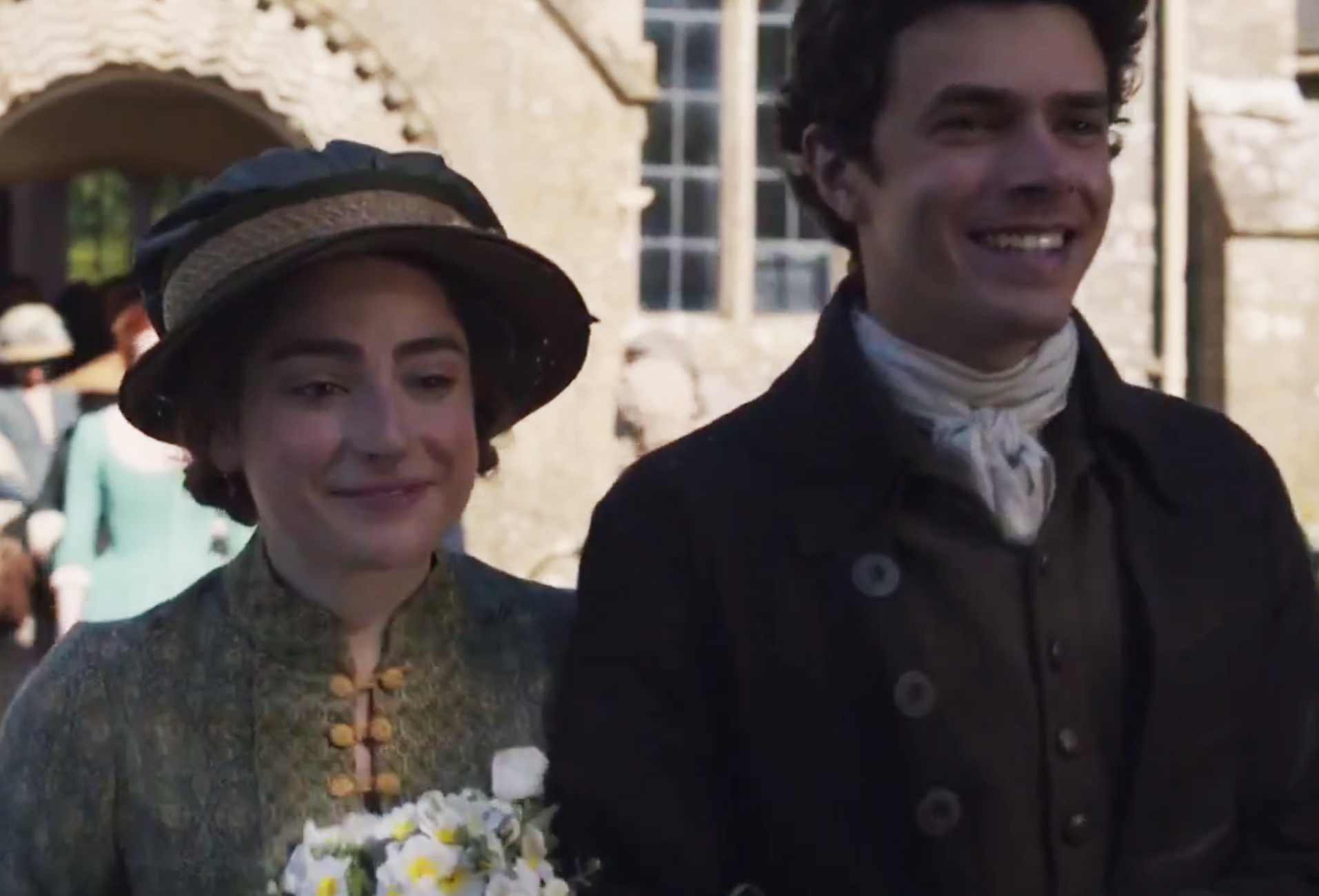 The episode ends happily with Morwenna and Drake’s marriage, at long last. It will be a long wait until Series 5.

London during the second half of the eighteenth century was a place where extremes met. It was full of things to do and see, of people and, of excitement. It was also at the heart of affairs both great and small.