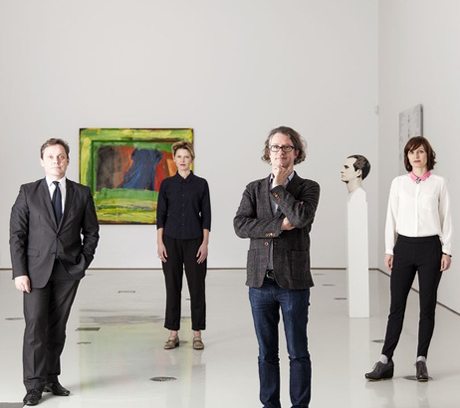 All art is alive, all art is fun, all art is the art of now and all happening in the city at the heart and soul of Australian arts and culture – MELBOURNE  NOW

If you have adventure in your soul, love in your heart, an enquiring mind, an active imagination, a natural curiosity, a love of beauty, enjoy abstraction, like to party, always want to join in when people are having a good time and, if you want to experience life as a celebration of optimism and faith in the future, come to Victoria this summer between 22 November 2013 – 23 March 2014.

You can visit a spectacular show where you can gain inspiration, be entertained and above all, expand your horizons far beyond what you may have previously believed possible.  This is a promise made by the artists of Melbourne, some 400 hundred + all of whom have stood shoulder to shoulder behind NGV (National Gallery of Australia) Director Tony Elwood and his team of splendid curators, staff and volunteers to complete and launch what many might have believed impossible. Goodness, what a crowd can you see?

Without doubt they have together produced not only the most spectacular arts show ever seen in Australia at any time, but also one of the most amazing contemporary art events ever offered to the International arts scene.

All the arts are represented both visual and performance, and both indoors and out.

MELBOURNE  NOW is both diverse and rich, covering the fields of visual art, architecture, sound and dance, fashion, jewellery and creative practices, including product and graphic design.

As part of MELBOURNE  NOW over 600 free events have been programmed in the Community Hall and around the city including workshops, tours, talks and show ‘n’ tell from leaders in creative practices.

Children as well as adults will have the time of their lives. At the preview the buzz began as all the invited guests and media entered the doors near the famous water wall and arrived in the foyer, which was already a hive of activity. And it continued, as everyone proceeded into the NGV’s Great Hall where a group shot of all the artists involved was happening, followed by the launch.

Tony Ellwood had a great many people to thank. He said they provided him with unprecedented support and leadership to get the job done. Detail: The Gallery of Air, created by Patrick Pound at the National Gallery Victoria - deserves a story of its own...

This included the Victorian Minister of the Arts, the very aptly named Heidi Victoria MP, who is a superb advocate for the arts. She was quite literally jumping out of her skin with excitement and recommended we all rush upstairs to level 3 to see the Gallery of Air by Patrick Pound. It was so astonishing it will require a story of its own. The little known garden at the rear of the NGV International was replete with fabulous sculptures, a superb Rodin looked very happy surrounded by mature trees whose leaves were glistening in the filtered sun, while all new contemporary works captured attention and punctuated the scene with colour and form.

I was lucky enough to spend five or so minutes talking to the very erudite visual and sound artist Cameron Robbins, who loves to collaborate with nature. Cameron had built a very impressive wind drawing machine powered by the wind and sun in the Ground Floor, Grollo Equiset Garden. The conception itself is amazing enough, but then he talked me through all the practicalities he had also considered, apart from aesthetics and was very impressive.

He has constructed it to remain outside for many months, subject to the vagaries of Melbourne weather, which can be very extreme to say the least and The Spotlight Charitable Foundation, who are members of Philanthropy Australia supported the commission for Cameron to produce his ingenious ‘machine’.

He had used a fabulous red cedar timber framework to support and display the other working parts that drew the energy from the sun to drive the motor that turns the drum that is wrapped in watercolour paper. The objective is to ‘translate weather energy into abstract ink drawings on paper’.

The wind is what powers the drawing arm, which is an arrow shape with a watercolour pencil attached to draw what the machine is driven to record. Being unable to anchor the whole structure to the ground, it required the weight distribution of the whole to ensure that it is impervious to whatever nature throws at it.

Climate control, he explained, is based on the thermo hygrograph, which is a clock-like device used for the preservation of works of art in art galleries and museums. This instrument continuously records both the temperature and relative humidity of the atmosphere by drawing coloured traces onto a chart.

As a major element of the MELBOURNE  NOW  program, The Kitchen Garden and Wayward Garden is a dynamic and productive landscape that will breathe new life into the garden spaces at NGV International over summer. Designed by award-winning practice Urban Commons, and merging cutting edge architecture, design, landscape and contemporary art, this project unlocks new ways to engage children with the wonders of nature and help them learn about sustainability, food production, health and nutrition.

MELBOURNE  NOW is not only on at the NGV International on St Kilda Road it also continues at the NGV Australia in Federation Square. You will need your walking shoes, a bottle of water with everything else stored in a back pack so you can move about with ease.

MELBOURNE  NOW says NGV Director Tony Ellwood “is an exhibition unlike any other we have mounted at the National Gallery of Victoria. It takes as its premise the idea that a city is significantly shaped by the artists, designers, architects, choreographers, intellectuals and community groups that live and work in its midst. With this in mind, we have set out to explore how Melbourne’s visual artists and creative practitioners contribute to the dynamic cultural identity of this city. The result is an exhibition that celebrates what is unique about Melbourne’s art, design and architecture communities”.

Reviewing Spectre for Carolyn asks if the audience felt as she did; the writing is really on the wall for James Bond to retire from Her Majesty’s Secret Service