Music is associated not so much with entertainment and frivolity, as with those matters vital to our inner well-being. Flutes are among the earliest known of all musical instruments and in the Swabian Alb region of Germany a number have been found dating back about 40,000 to 35,000 years ago.

Being able to make a sound out of a flute in the first place is the hardest thing about playing it, according to my eldest son. He indulged his love of music by learning to play one of these delightful instruments during his teenage years. At the time there was very little support around for young players, unless their parents had a great deal of money to provide for private coaching. So it is good to hear of individual music teachers working to provide players and emerging artists with as cost effective an opportunity as possible to indulge in melodious and progressive studies. This means they can add to their set of skills and improve their technique so that the sounds they make will provide listeners with a special experience. 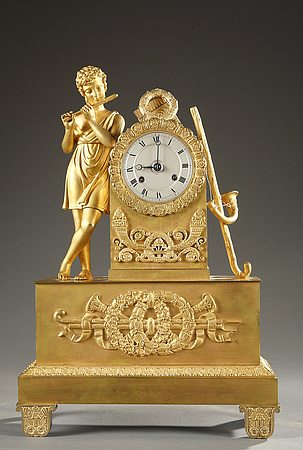 The flute is an ancient instrument, first mentioned in writing in cuneiform (‘wedge-shaped’) script on clay tablets and recorded in a recently translated tablet of an icon of popular culture The Epic of Gilgamesh. The story has been captured from fragments recovered in 1853 from the remains of the extensive library of the Assyrian king, Ashurbanipal (668 to 627 BCE) at Nineveh, the last capital of the Assyrian Empire. Gilgamesh was a king, who went a long journey, was weary, worn out with labour, and returning engraved on a stone the whole story. No doubt the sweet sounds of the flute buoyed his spirits during his epic struggle, as it has so many people since.

During the period 1800 – 1820 enthusiasm for the flute in Europe knew no bounds, and it became something of a mania, especially in England. The modern flute descends from inventions made at this time by Bavarian goldsmith, flute virtuoso, and industrial designer Theobald Boehm (1794-1881). His efforts have been modified by many instrument-makers since.

Karen Lonsdale an examiner for the flute says “it has been such a pleasure to hear AMEB (Australian Music Examinations Board) examination performances in New South Wales, ACT and Queensland, over the past 16 years… the role of an AMEB examiner is to report on the work presented, not to teach a player how to improve particular aspects that may have been weak. This side of examining has at times felt frustrating, as on many occasions, there was recognition that the candidate was more than capable of playing to the required level, or answering a question, but simply didn’t have the current skills or knowledge to do so’.

As a response Karen has designed a workshop package for advanced flute students so they can participate in a range of sessions that will assist their exam preparation.

Karen Lonsdale holds degrees from the Queensland Conservatorium of Music, Hochschule for Music in Munich and Griffith University (Doctor of Musical Arts). She is an AMEB flute examiner and has presented at major conferences in Australia and the USA, such as the Australian Flute Festival, National Flute Association Convention, and the Performing Arts Medicine Association symposium.

The sessions she and her able colleagues including Anna Lu, who holds a Master of Music Studies and Kathy Sander, who holds a diploma of Creative Arts and is an audition pianist for the Queensland Symphony orchestra, includes masterclasses, workshops on technique, general knowledge, flute history, style, aural skills and musical analysis.

Anna Lu is a well respected aural and theory specialist and will be presenting sessions on aural skills, and teaching students how to analyse works from the flute repertoire. Ms Lu will also present sessions on standard musical forms such as the sonata and sonata form, as well as the characteristics of Baroque dances like the minuet, sarabande, and siciliano, among others and

Kathy Sander, who undoubtedly has a great deal of patience, will be accompanist for all the recital and master classes. The Queensland Flute Workshops will be held from 10th to the 13th April at Southbank, Brisbane. Karen Lonsdale and her colleagues involved hope that by attending, ‘students will feel more confident in their exam performances and be more accurate and specific when answering general knowledge questions’.

The Lewis Chessmen are a captivating group of chess pieces at the British Museum frequently sent on ‘goodwill between nation tours’, connecting world cultures