Stunning that is what the Queensland Symphony Orchestra is planning for their season during 2015. As they record it, the crème de la crème in the classical music world will descend upon Brisbane to help make magical music together.

On announcing the season CEO Sophie Galaise said “We have selected some extraordinary works to support a year of joy and adventure.”

At QPAC for the special event all the heavies of the Queensland arts scene were present. They included the Australian musician James Morrison, Qld Senator the Hon. George Brandis QC, The Attorney-General and the Minister for the Arts; Ian Walker, who is also the Minister for Science, Information Technology Innovation & The Arts, Brisbane’s Graham Quirk, Lord Mayor, as well as numerous Consul Generals and their partners.

Fashion designer George Wu was there too along with, arts leaders John Kotzas, Noel Staunton, David Berthold, Gordon Hamilton and the rising musical star Tetsuya Lawson joined into the celebrations. Queenslander’s enjoy doing it in style and the QSO represents this huge state of Australia musically. 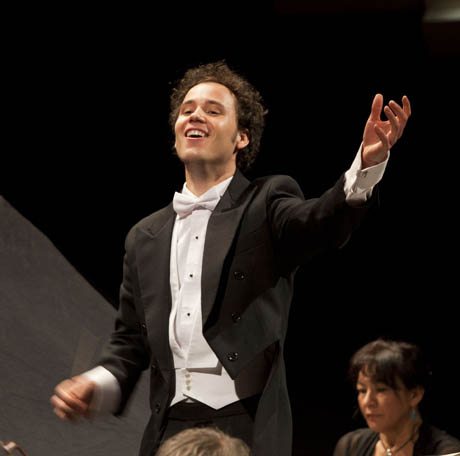 Conductor Gergely Madaras will lead the QSO in 2015

In 2015 it will be presenting a sensational season of guests that includes soloists with world premieres, famous conductors and exclusive performances, as well as new programs. Sophie Galaise also noted on the night…

“Never before has Queensland seen such a line-up of international stars on our Concert Hall stage in one subscription season. The world’s very best are coming to Brisbane; it’s the beginning of a new era for the QSO, one where the whole world is listening,” she said. “… these are all musicians of great reputation and genius and we are so excited for our audiences and our orchestra to welcome them in 2015.”

The QSO will also start the season on a ‘joyous’ note. 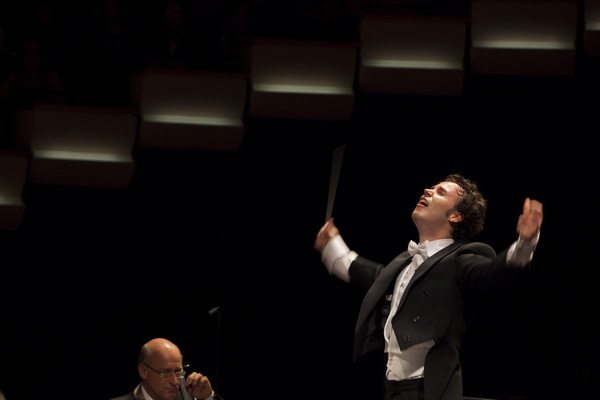 Guiding the orchestra and the truly wonderful ‘Australian Voices’, will be the young European conductor taking the world symphony scene by storm, Gergely Madaras.

The QSO will play their version of the Ode to Joy, which was at first a poetic piece written in 1785 by German poet, playwright and historian Friedrich Schiller. His words were utilised by Ludwig van Beethoven in the final movement of his Ninth Symphony.

While this is the tune adopted as the ‘Anthem of Europe’ in 1972, the words, which mean so much to many, were not. Translated into English they offer a promise of ‘all men becoming brothers’.

The QSO have decided to dedicate their night to Alan Turing, the brilliant man who ‘cracked the enigma code’ during the war.

The Imitation Game starring Benedict Cumberbatch and Keira Knightly is a movie that tells the story of Turing and his wartime exploits has been given a UK release date of 14 November 2014, and so the dedication is timely.

Turing was a giant in his field as was Beethoven in his. Turing made major contributions to the world in the development of mathematics, cryptanalysis, logic, philosophy, and biology as well as to new areas later named computer science, cognitive science, artificial intelligence, and artificial life.

He was elected Fellow of the Royal Society of London in March 1951, a high honour and then in 1952 with war becoming a memory, the authorities, for being homosexual, prosecuted Alan Turing and had him chemically castrated. This was because homosexuals were considered open to blackmail and a threat to national security. British Prime Minister Gordon Brown offered Turing a posthumous apology in 2009, which finally became a ‘Royal Pardon in December 2013 and an official government pardon recently.

Gordon Hamilton’s commissioned work The Trillion Souls inspired by BBC reporter Andy West’s poem of the same title was written in memory of the countless men and women who had to hide their sexuality and West’s version of the ode to joy will be sung by The Australian Voices.

“The aim was to find a text that would resonate in our times as Schiller’s Ode to Joy did for Beethoven in the early nineteenth century. After considering many concepts we agreed on Andy West’s The Trillion Souls, an ode for our time and acceptance of gay people. It was important to mirror the impact of Beethoven’s text with West’s text to find a modern context.” 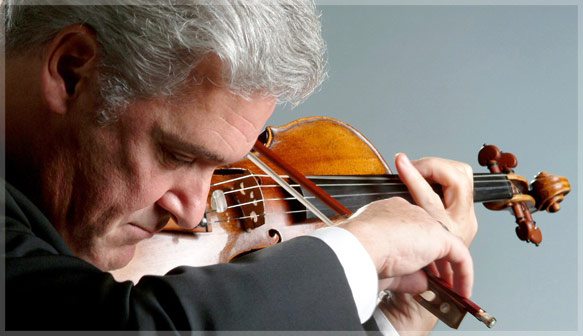 Ms Galaise also noted that in 2015 the QSO joins the musical world in celebrating the 150th anniversary of the birth of Jean Sibelius (1865-1957). He was Finland’s greatest composer and is one of the few 20th Century composers to have become a legend in his own lifetime.

A highlight of Season 2015 will be the five concerts that will include Sibelius’s extraordinary works.

One of world’s great violinist, the one and only Maxim Vengerov will appear with the QSO in an historic performance of the original 1903/04 Sibelius Violin Concerto.

“The QSO is amongst the select few of world orchestras to have permission to present this work in 2015 for the composer’s sesquicentenary.

The original version has never been allowed out of Finland or a recording studio, and this concert represents its Southern Hemisphere premiere, performed by the master no less,” said Ms Galaise.

Other highlights include one by the revered violinist Pinchas Zukerman. He will perform Elgar’s achingly poignant love-poem, the Violin Concerto under conductor Rory Macdonald.

In September two Australian musical forces to be reckoned with. The internationally acclaimed conductor Simone Young and world class Soprano Lisa Gasteen will come together with the QSO in an evening of musical magic.

All in all the program is enormously diverse and should satisfy even the most fastidious of subscribers as the QSO goes all out to ensure their concerts for 2015 are not only celebratory but also inclusive.

Subscriptions are on sale now.

In Greek Mythology the three Goddesses of Destiny and Fate were recorded in many formats, including tapestries that depicted them weaving the threads of destiny