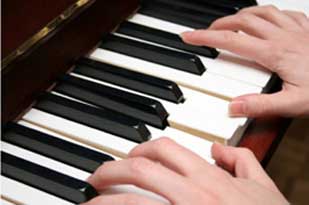 In society collectors over the centuries have come from all walks of life and all backgrounds. Their motives have varied greatly, although they all have in common that fervant desire to preserve and protect the art and literature of the past in many shapes and different forms. There is the dilettante, the learned connoisseur, the curio hunter all of whom have hoarded their treasures; some in secret while others place them on display to enhance their self esteem. Many however have valued their privacy, and it is only after their death that the full extent of their holdings become clear. Currently on display at the Bodleian Library at Oxford in England is a selection showcasing the largest donation of material it has ever received. It is open FREE to all those who can get to Oxford before the 29th January. The display has been chosen from an extraordinary collection of rare musical works, verse and ephemera, which weighed some 20 tonnes and took two chartered aircraft to carry. It has traveled from the basement of a ‘shabby’ house in Chicago to the rarified atmosphere of the conserving libraries at Oxford in England.

Its benefactor, Walter Newton Henry Harding was born in south London in 1883.  He became an English emigré, the son of an East End bricklayer who migrated with his family to America when he was four years old. He grew up to be a ragtime pianist in a time when this original musical genre was enjoying its peak of popularity (1897 – 1918). This was when one of its main protagonists, composer and musician Scott Joplin penned his great hit the Maple Leaf Rag, which after that time heavily influenced the arrangements of melodies, harmonic progressions and metric patterns by other composers.

From 1909 – 1914 Harding was playing in silent cinema, and later became an organist playing at various churches and his masonic lodge in downtown Chicago. His was seemingly an ordinary life. The family timber framed home tucked away in an urban location, became a repository for his collection of printed music, verse and drama. His passion for collecting new no bounds, despite his very limited means. He preserved a legacy of popular music and verse from the 17th and 18th centuries, during a time when they had no value, to a time when they have become a rich irreplaceable music and cultural resource. His collection was meticulously indexed, despite Mr Harding not having had an academic or musical education. Forming the collection seems to have been all about his own sense of homelessness; of being displaced from his English homeland and from the culture that was his heritage. It contained opera and musical comedy scores, English art and popular songs, French songs and American popular sheet music from the 1790’s through to the 1960’s. For the Bodleian, and the rest of us, Harding’s collection is now a valued legacy. Gathering all these rare and wonderful works together gave Harding a reference point, one that no doubt helped him to make sense out of the story of his own life. He gathered together the largest collection of popular songbooks before he died in 1972, leaving them to the Bodleian library, despite having never visited Oxford.

Clive Hurst, Head of Rare Books, Bodleian Libraries, said ‘…we hope that his story will inspire similar generosity in others to support our libraries.’

On the 18th January display curator Dr Abigail Williams will present a talk and a voice and violin Duo Alva, a short concert of music from works in the collection. This will include a parlour song by Walter Harding entitled ‘All Dressed Up and Nowhere to Go’.

Despite the collection having arrived in 900 crates 20 years ago Dr Williams said recently: ‘…his legacy is still living and we have only just begun to uncover the riches in this varied and unusual collection’.

Walter Harding’s collection constitutes a remarkable resource for scholarship in many fields, including the art of collecting. The Bodleian Libraries of the University of Oxford form the largest university library system in the United Kingdom. They include the principal University library—the Bodleian Library—which has been a library of legal deposit for 400 years; major research libraries; and libraries attached to faculties, departments and other institutions of the University. The combined library collections number more than 11 million printed items, in addition to 30,000 e-journals and vast quantities of materials in other formats. For additional information see www.bodleian.ox.ac.uk.

The description of the manufacture of porcelain written in 1713, by French Jesuit priest Father D’Entrecolles, resident in Peking, describes the seeming magic connected with the firing of blue and white porcelain. ‘A beautiful blue colour appears on the porcelain after having been lost for some time. When the colour…