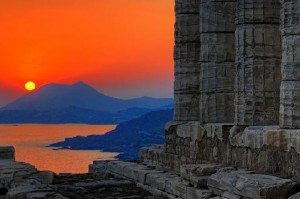 The Elaich Project funded by the European Union crosses disciplinary boundaries, as well as geographic boundaries in its aim of contributing to the development of awareness and appreciation of cultural heritage by connecting the general public, especially young people, to their cultural heritage, specifically the built environment.  It is hosted by Technion, a public research university in Haifa, Israel which is celebrating its Cornerstone Centennial in 2012. It has recently approved The Culture Concept Circle video What is Classic Architecture, More than a Column as an ‘advanced video’ for Module 2 of their elearning platform of study. The video contemplates the spiritual, intellectual, philosophical meanings as well as the mathematical and artistic aspects of both public and domestic architecture of the ancient world. It is about benefiting from the preservation of our built history around us, abouut contributing to the well being of the local community, as well as the wider world. Click to Watch the Video