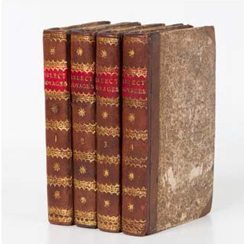 Sydney in Spring, or Boston in Autumn, rare book fairs today are growing in popularity all around the world. They attract the ‘serious collector or the curious browser’ across a wide spectrum of subjects and in a multitude of categories, the choice of both rare and antiquarian books is amazing. Just as antiques have different criteria to assess their rarity and value, so do books. The fact they are old doesn’t make them valuable. 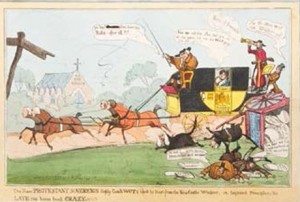 You may find that a religious book from the seventeenth century, despite its rarity of paper, types of binding, illustrations and text it won’t stack up against the value of a 1936 first edition of Gone with the Wind especially a beautiful, un-restored copy signed by its author Margaret Mitchell. Why?, well because that’s an antiquarian book. An antiquarian book is valued as a unique physical object not strictly as a vessel of the content inside. 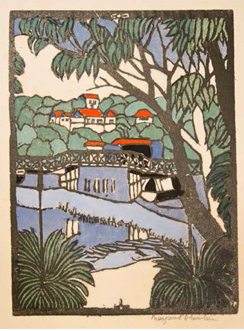 In the pursuit of desirable books supply and demand determines price. Age comes into play but that only happens when the book is desirable in the first place. It’s pretty safe to say that you should not be too surprised if a book published in the 1950s might be just as, or even more valuable than one published in 1838. From November 8 – 11 at Sydney in Australia rare and antiquarian booksellers from all over Australia will gather to showcase their wares and be on hand to educate those seeking to learn more about this fascinating pastime so many people enjoy indulging in. There is nothing quite like the smell of an old book, especially one bound in soft old Morocco leather.

Douglas Stewart Fine Books from Melbourne specializes in Voyages to Australia, Australian Literature, Convicts, Illustrated Books, Manuscripts, Private Press, Topographical Art and Norman Lindsay. He has produced a catalogue of his exhibits at the Sydney Rare Book Fair at the University of New South Wales, in Sydney from November 8 – 10, 2013 and at the Boston International Antiquarian Book Fair in the Hynes Convention Center, in Boston in America, which runs from November 15 – 17, 2013.

It includes a very fine set of the deluxe edition of Spenser’s Faerie Queene, illustrated by Walter Crane; a first edition copy, as well as the printer’s copy of Margaret Preston Recent Paintings 1929, which includes an original colour woodcut by Preston; then there is a leaf from the Gutenberg Bible; two letters written on board the last female convict transport, Duchess of Northumberland, which sailed from London to Van Diemen’s Land in 1852. Download the DSFB Catalogue 2013