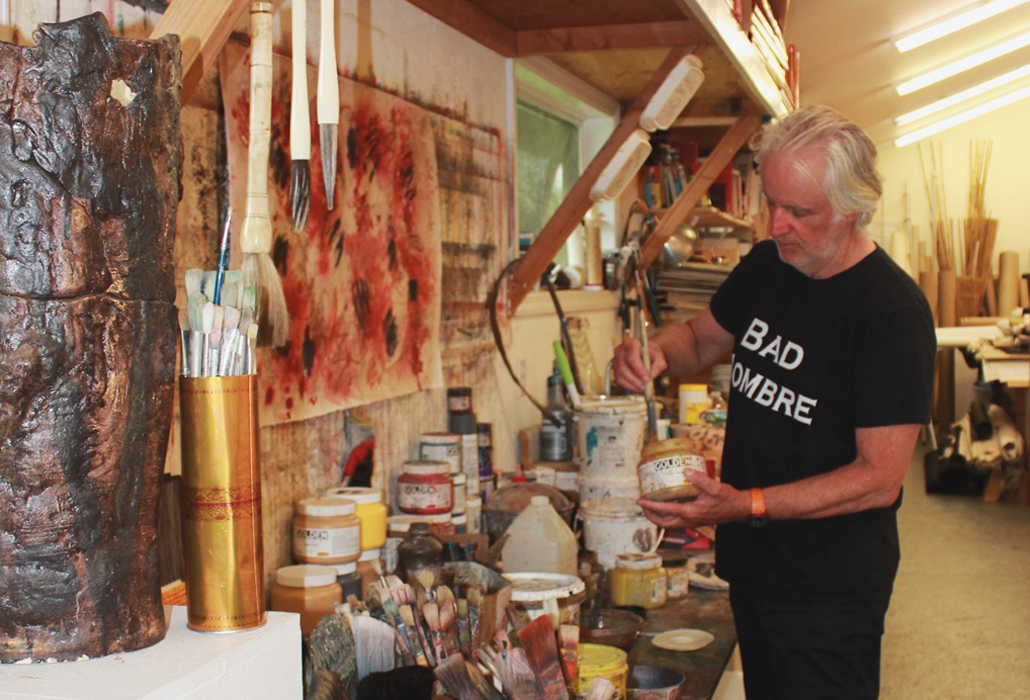 Not long after I moved to New York in the late 1980’s, I realized that the streets of SoHo, my neighborhood, were where, if you were an artist, you could find out just about everything you needed to know by merely walking in the street.

You could find out where to get the best art materials at the cheapest prices- the answer was, mostly, Pearl Paint, on Canal Street. You could find out which trucking company was the best transporter of art, or hear about an old store which was selling off-cuts of good quality linen or the end pieces of rolls of canvas. 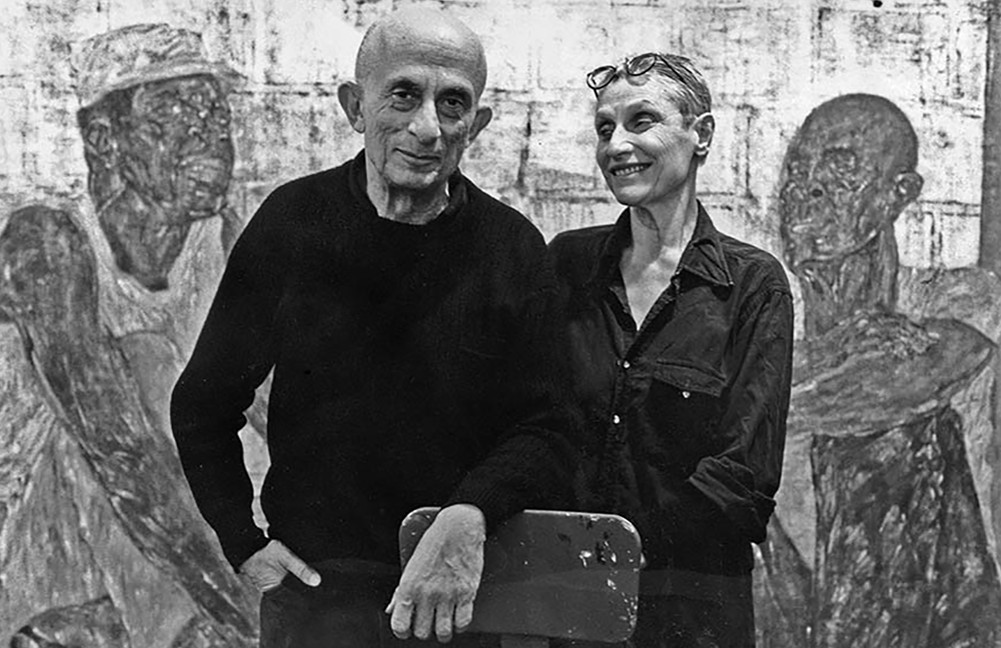 Leon Golub with his wife Nancy Spero in New York 1989

SoHo, in those days, was largely populated by artists and writers. Among the artists were the husband and wife, Nancy Spero and Leon Golub. They often sat at one of the tables outside Café Bruno, in LaGuardia Place. Café Bruno had very good coffee, the best double-baked biscotti and a spectacular range of Italian cakes.

I knew Nancy Spero and Leon Golub’s work before I ever met them. Nancy Spero’s work was provocative, elegant and intense and Leon Golub’s was challenging and monumental. Like many artists at the time, they were passionately political and committed to social change. And that was reflected in their work. 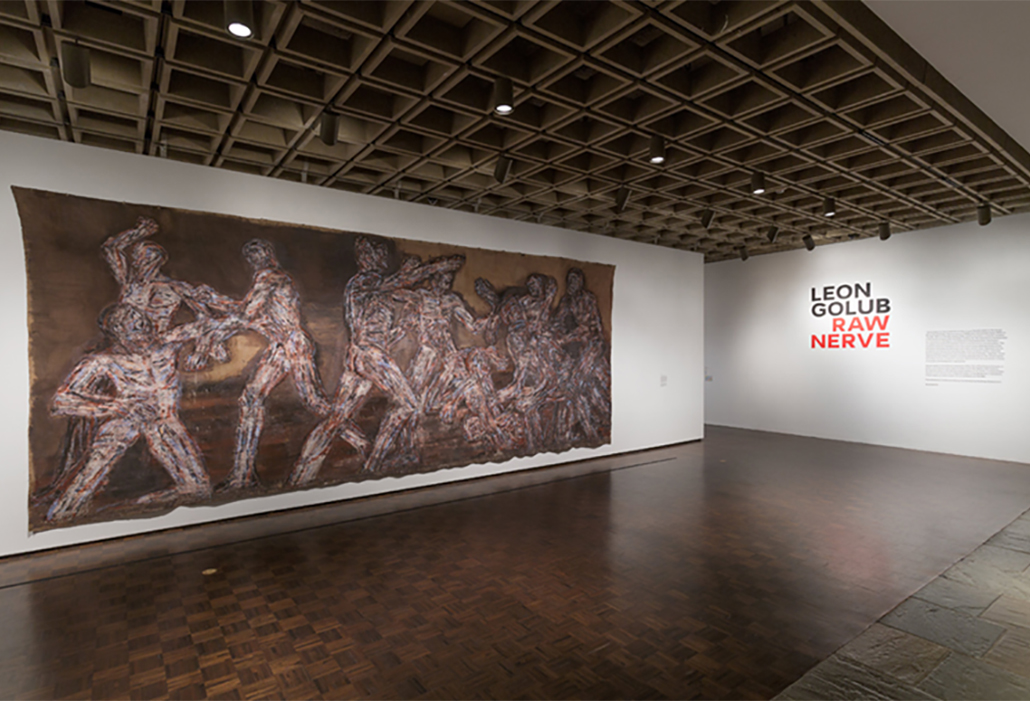 Installation view of Leon Golub: Raw Nerve, on view at The Met Breuer through May 27, 2018

Leon Golub often talked about “making monsters” in his paintings. He had a vast photo archive of media images of people being brutalized, crushed and exploited in many countries. Since Golub’s death, in 2004, his work has not been exhibited as frequently as it deserves.

The exhibition, ‘Raw Nerve’ which is long overdue, celebrates The Metropolitan Museum or Art’s acquisition of Golub’s epic work, ‘Gigantomachy 11 1966’. 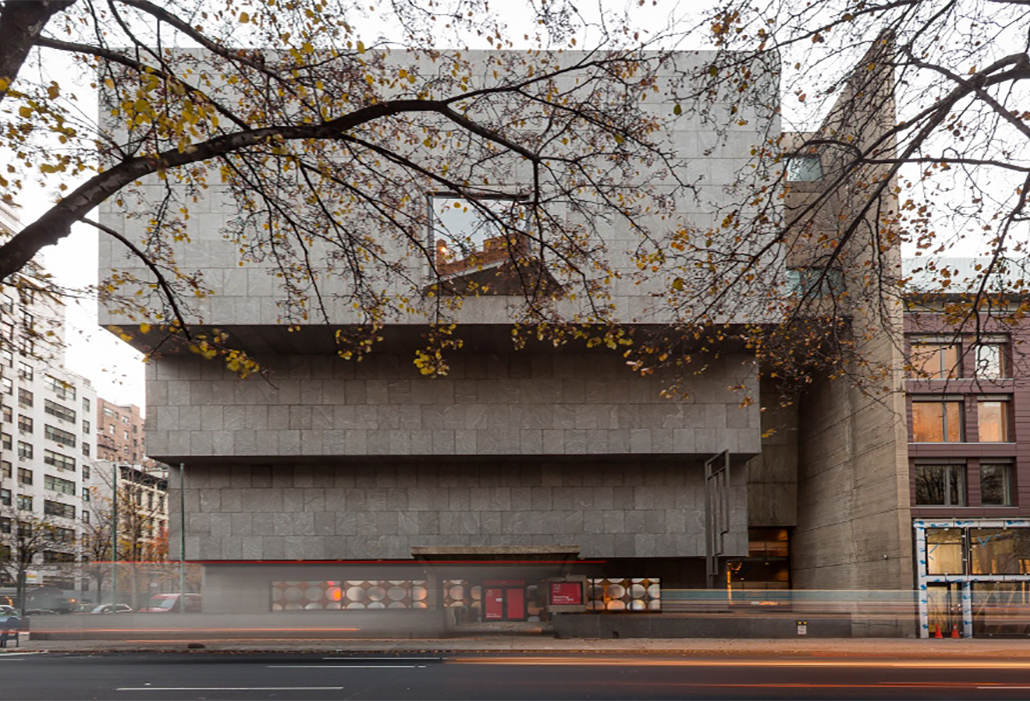 The work is brilliantly installed at The Met Breuer, which was formerly The Whitney Museum of American Art. The building, designed by the extraordinary architect, Marcel Breuer (1902-1981), seems to have been almost designed specifically to house this exhibition. 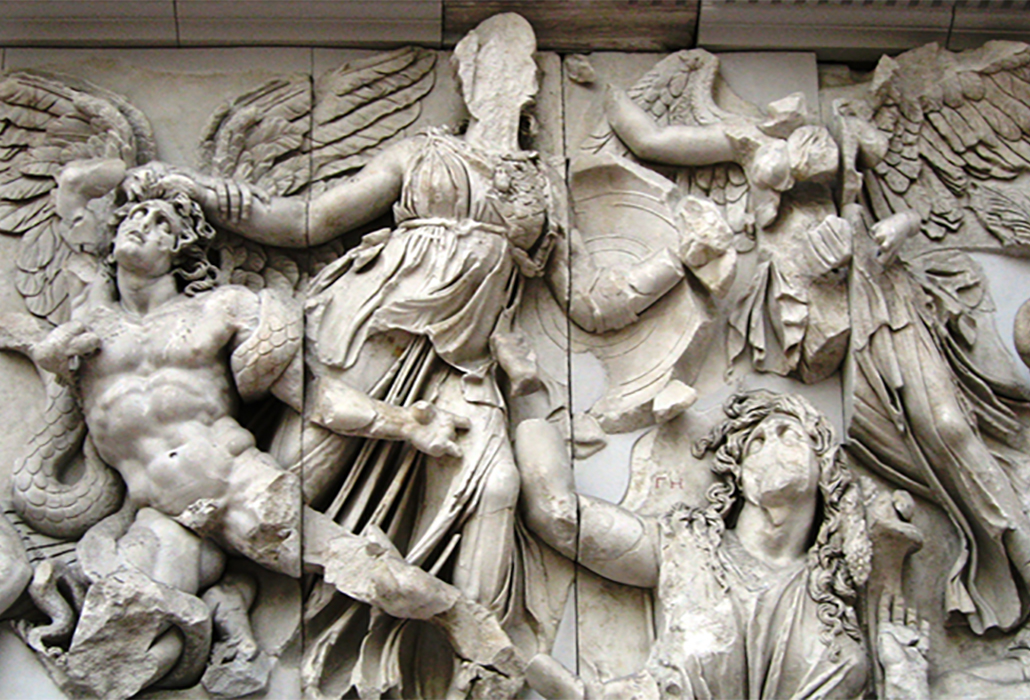 Gaia, the ancestral mother of all life, pleads with Athena to spare her sons in the frieze of the Great Altar to Zeus and Athena at Pergamon (detail)

The work of both the architect and the artist dealt with significant issues. Each of them had a passionate vocabulary of humanist values and a profound respect for the language of historical forms and materials stretching back to Greco Roman times. 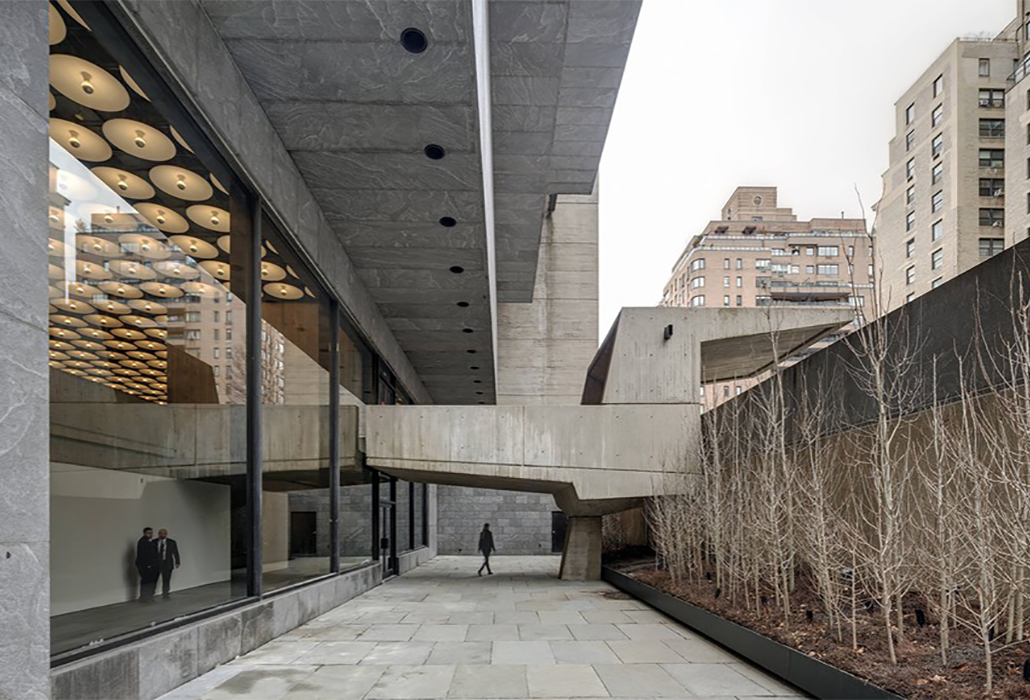 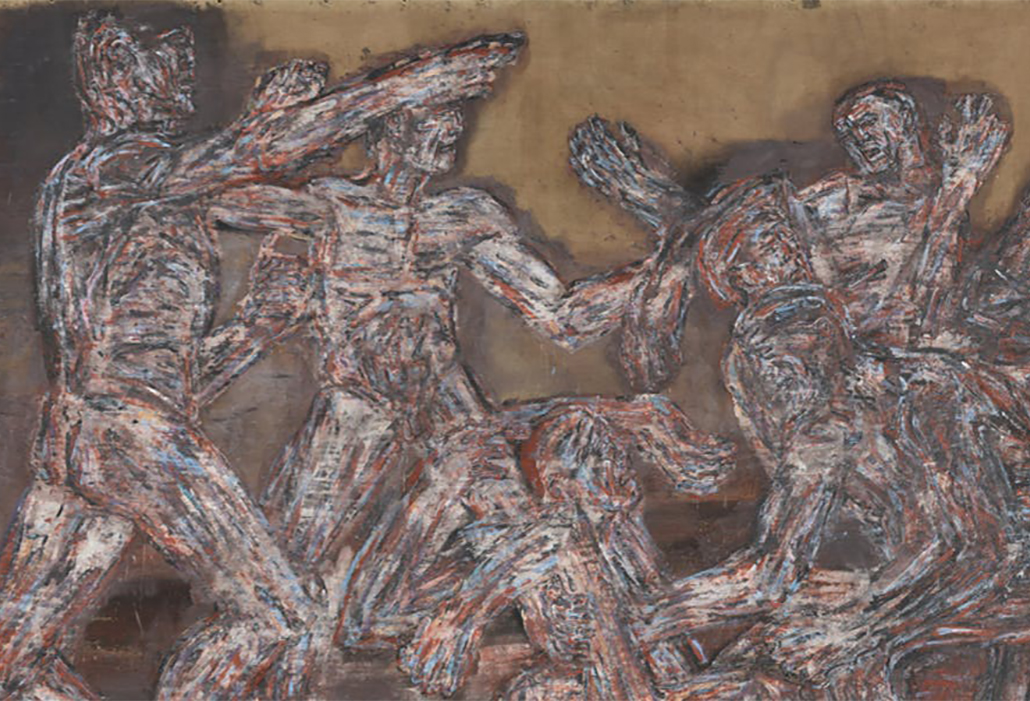 The figures are depressingly earnest and alarmingly familiar. They are flayed and torn. The title may refer to the colossal battles of Olympian Gods but is feels so contemporary and not too removed from the present. And that was Golub’s genius. Behind each towering figure you almost expect to see a a television cameraman capturing the image for the nightly news broadcast.

Over the four decades of Golub’s work covered in ‘Raw Nerve’ the artist has turned his attention from the blood-spattered slopes of Olympus to the world around us. His unrelenting need was to expose the ugly underside of our glossy world. He used all of his visual intelligence, forensic skills and impressive repertoire of improvisational painting techniques to produce a devastating indictment of human callousness and depravity. 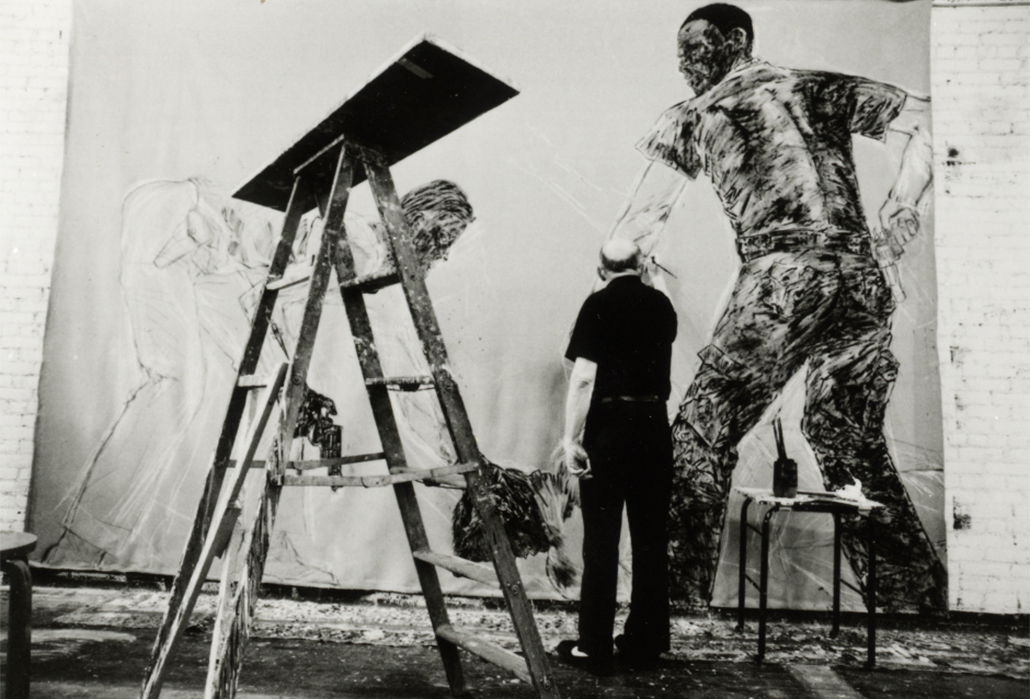 Leon Golub working on one of his Mercenaries paintings

In the words of the veteran editor, my friend, Jack Schwartz, “As for the capacity of beings who call themselves human to inflict cruelty on others, one has only to pick up a newspaper to see that it is timeless, ubiquitous and remorseless. Think of India, Syria, Sub-Saharan Africa and Central America, much less venues closer to home. In fact, very little has changed since Gibbon defined history as “little more than the register of the crimes, follies and misfortunes of mankind.”’

I have a great respect for Leon Golub’s work. I am awed by his audacity. Golub had the strength and the moral clarity to face the worst and, by implication, celebrate the best.

The act of witnessing, recording and painting are the codes of hope for our future.