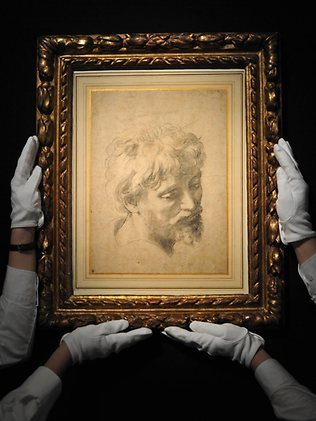 On December 5 2012 the international art world witnessed an historic moment in Sotheby’s auction house at London when the fabulous Renaissance art work – Raphael’s Head of a Young Apostle (c. 1519-20) from the Devonshire Collection at Chatsworth sold for £29.7 million. This is the record price for any drawing and for the artist. Italian artist and architect Raffaello Sanzio da Urbino (1483-1520), known to the art world as Raphael had but a short life and career during which he used linear perspective impressively. The Head of a Young Apostle which gained such an impressive price, is a gem and very rare, a premier example of the artist’s draughtsmanship and why he is still so revered. Young and talented, Raphael executed this drawing in black chalk and it depicts one of the key figures in Raphael’s famous work the Transfiguration, one of the most important of all Renaissance paintings. 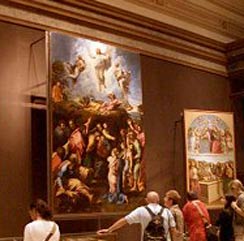 When he died at 37 years of age the painting was placed over the artist’s head when he was laid out for people to mourn his passing in Rome in 1520. It is now on display in the Pinacoteca in Vatican city, possibly Rome’s best picture gallery. Raphael likely viewed the Transfiguration as his triumph, even though it remained unfinished at his death. 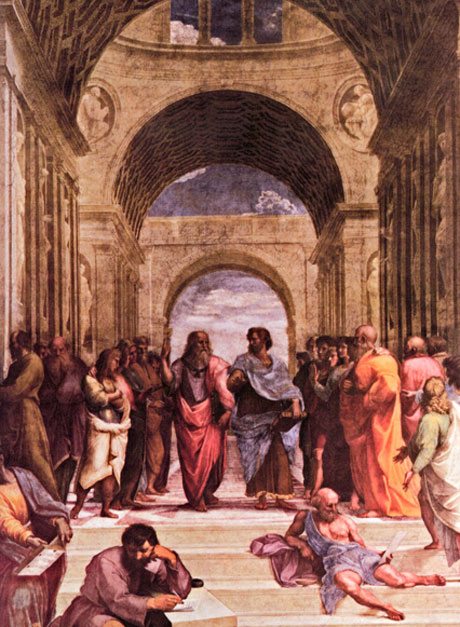 Together with Michelangelo and Leonardo da Vinci Raphael forms a mighty triumvurate of the master artists of the Renaissance period in Italy. He also painted a fabulous fresco known as the School of Athens, a detail of which provides a reflection of the influence of Classical ideas in Renaissance Italy. He depicted the pagan and Christian worlds facing each other as equals.  Prior to the auction the Duke of Devonshire observed that the Devonshire Collection had such extraordinary depth in so many areas. The 29.7 million pound sale of Raphael’s Head of the Apostle, which must have cost a fortune to care for, will now benefit the long-term future of Chatsworth House in England and the rest of its fabulous collections. Watch the Video of the Sale httpv://youtu.be/zT9zjnGrPgg

Gardens can be status symbols, labours and larders. They are also hallowed spaces, which nudge us to look and think again said Dr Damon Young, philosopher and author. Imagine you’re walking through a garden full of magical and mystical sounds. That’s what listening to Pleasure Garden by Genevieve Lacey is…