‘All art and design is modern at the time it is made’, explained Cennino Cennini in his Il Libro dell’Arte (“The Craftsman’s Handbook”) published in 1437.

During the fifteenth century in Italy a ‘rage for simplicity’ was reflected in architectural forms inspired by the remains of the classical world of both Greece and Rome and influenced by the intellectual movement now known as the Renaissance.

This was when humanism, the notion that man (not God) was the measure of all things. This truth became part of a worldly civic consciousness. For historical scholars this is the period when the modern era of western civilization began, one in which form preceded function.

Early Renaissance works of art were an aspect of a vigorously developing worldwide market in luxury commodities that, all at once, were sources of aesthetic delight. As well they could be traded to suit their patrons eager wish to advertise their power, position and wealth.

Patrons such as the Medici family sought out skilled craftsmen with the required expertise to guarantee any art or object acquired would make an impact. They were a new type of patron, one passionate about the antique with the wealth to patronise talented people.

For as long as the duchy lasted the creation of beautiful art works and objets d’art, drawing on the skills of local craftsmen and the inheritance of ancient Rome, was a boast of the Medici Court. Students of the history of style and taste have long been puzzled by judgments passed by many so-called, cultivated people, when they are discussing a style that has just gone out of ‘fashion’.

To give an example; Guide Books to London published in the 1840’s speak with the utmost contempt about the style of architecture designed by John Nash.

His name had already become a term of abuse and this is without mentioning the sullied reputation of his illustrious patron George IV.

Today however, the built environment that he and the Prince of Pleasure created together is not only much admired, but also considered one of England’s greatest assets and attractive tourist attractions. The Royal Route commissioned by George, Prince Regent in 1810, was one of London’s earliest pieces of town planning. He appointed John Nash architect to the Department of Woods and Forests in 1809.

Under his leadership some of the loveliest parts of London, including Regent Street, Piccadilly Circus and Regent’s Park were developed.

At one junction over 250 retail stores were destroyed for the new route, and the sleek modern style of the buildings remains a classic, inspired as they were by the classical architecture of ancient Greece and Rome. A dispute known as the “Quarrel of the Ancients and Moderns,” dominated the intellectual life of Europe between 1683 and 1719. The crux was the issue of whether the Moderns were morally and artistically superior to the Ancients (i.e. ancient Greek and Roman peoples).

The argument introduces an important dichotomy that remains fundamental to our own understanding of modernism; that is recognizing the division between traditional conservative forces, who supported the argument for the Ancient, while the more progressive forces sided with the Moderns. The identification with the worlds of Ancient Greece and Rome in the eighteenth century had as much to do with people’s perception about early democracy, as it did with the antique rules that governed the development of architecture and design.

Painters and sculptors to a certain extent played a practical role, as essential recorders of contemporary life and experiences.

Without photography or film, the wonders of the excavations of ancient cities and remains, and other stunning sights of the Grand Tour of English gentlemen could only be recorded on paper or canvas.

Statues such as The Laocoon, the Belvedere Apollo (pictured), the Farnese Hercules and the Venus d’Medici were all copied in every medium.

They became far more famous then than they are now and, as well, recognized everywhere.

It was inevitable that their imagery would influence artists and sculptors as well as those drafting the type of legislation that would benefit and suit a new and more enlightened democratic society. 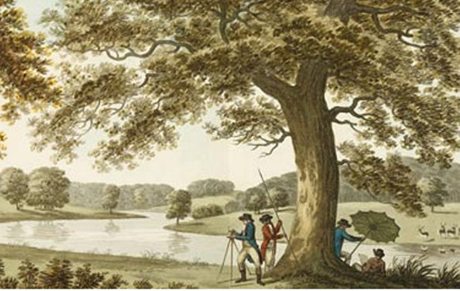 During the eighteenth century Europeans believed that virtually everything could be submitted to reason: tradition, customs, history, even art.

They also believed that when “truth” was revealed and applied in political and social spheres to “correct” problems and “improve” humankind, a new and better society, one in which “the truth shall set you free’ would be created.

This in turn meant the world would become a better place in which to live.

Throughout the period we know as Georgian – 1714 to 1830, they wove a complex web of topography, economics, aesthetics and politics to make up the arts and cultural geography of England. 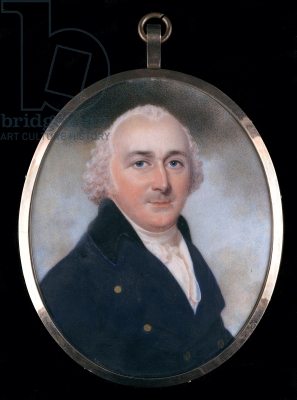 It was a ’moving scene’ of colour, depth and richness in architecture, landscape and interiors including furniture and furnishings, which have been for many, unsurpassed and in design and style sought after ever since.

The landscape itself vividly conveys the personal charm and extraordinary energy of great gardeners such as eighteenth century English garden gurus William Kent, Capability Brown and Humphry Repton all of whom had a profound understanding of what makes a landscape beautiful. In late Georgian England, Humphry Repton [1752-1818] was both innovative and prolific. The Vinery, from Repton’s Fragments on the Theory and Practice of Landscape Gardening

He stressed colour effects in composing a landscape, paying great attention to the play of light and shade.

It is with Humphry Repton that the landscape movement in England reached its climax. He was the improver par excellence.

Repton left a legacy of some four hundred estates bearing the signature of his ideas. He endorsed his predecessor Capability Brown’s view that a country seat should reflect its owner’s wealth.

‘Let us begin by defining what a garden is, and what it ought to be’, wrote Humphry Repton in his Theory and Practice of Landscape Gardening (published 1803 in three volumes).

He beguiled his well endowed clients with his sensational red books; so called because they were bound in red morocco.

His success has been directly attributed to an incredible ability to record prettily on paper his views on how a landscape garden should be designed.

Many of them depicted the garden before and after the Repton treatment so clients had a clear picture of what he was going to achieve.

He undertook more than four hundred commissions during a thirty-year career working in five domains: the road, the county, the picturesque landscape, the aristocratic estate, and urban periphery.

Repton brought back flowers into parts of the garden. He planted ‘rosary’s’ with garlanded roses on chains floating over lower growing roses.

He became the most influential of England’s landscape gardeners, the first to use this title designing gardens specifically for American or Chinese plants, such as hydrangeas, aucubs and Camellia japonicas. Humphry Repton in his Theory & Practice of Landscape Gardening of 1803 coined the phrase ‘the rage for simplicity’, because he was in revolt against it. He championed profusion, actively seeking the pleasure that abundance can bring.