Before you embark on a journey of revenge, dig two graves, said Chinese philosopher Confucius nearly six centuries before the Christ event. He also expressed the principle my grandmother lived by ‘Do not do to others what you do not want done to yourself’.

Somehow that did not translate into the 21st century life of Emily Thorne aka Amanda Clarke (Emily VanCamp), who is seeking to punish all those who betrayed her father David Clarke (James Tupper) when she was a little girl.

Tossed around in the foster and correction system in America after being dragged cruelly away from her father one night, the one thing she keeps close is a box of evidence and a journal. Her father left them hidden for her so that she would know just who was responsible for the trumped up terrorism charges that led to his arrest, imprisonment and death.

This drama television series out of America is definitely a classy, stylish soap opera with some seriously good actors. Madelaine Stowe has already been nominated for a Golden Globe 2012 as Best Actress for her role as Victoria Grayson, for whom the word bitch was surely invented.

She is the powerful and glamorous Queen of the Hamptons, where her life plays out against a backdrop of wealth, power, sea and sand.  One summer long ago it was Victoria who set up Emily’s father she reputedly loved, ensuring that Emily, whose mother was already gone, ended up in institutions. Emily VanCamp is just perfect as the cool, calculating very beautiful young woman, who has groomed herself impeccably and perfected the patience that she will require if she is to be successful at enacting revenge. 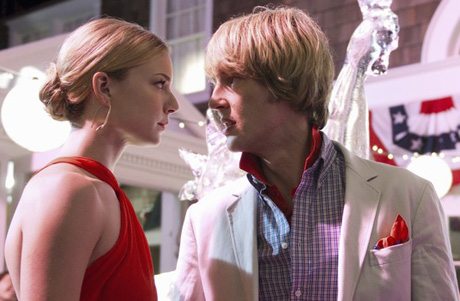 Emily has two main friends who know her story and that she can trust. Her friend Kara Wilkins (Margarita Levieva), who grew up in an institution with her. Kara knows Emily’s true identity and pretends to be Amanda Clarke so that the real Amanda can play at being Emily Thorne, a successful wealthy young woman who fits right into Hampton life and culture. Then there is Nolan Ross (Gabriel Mann), a genius billionaire software inventor, who owes his growing fortune to her father. They are there to offer her their support and help her to bring her plans to fruition.

Daniel Grayson is Victoria’s only son, with whom Emily enters into a ‘loving’ relationship soon after arriving in town. We join the story just as festivities are getting under way for the announcement of their engagement. But Daniel has mysteriously disappeared. All at once there is a bloodcurdling scream from the beach as Daniel’s sister Charlotte (Christa B Allen) and her boyfriend Declan Porter (Connor Paolo) find someone hovering over what seems to be a blood covered body in the sand dunes. Is it Daniel? And who was it that dragged the body into the sand hills. Is what has happened part of Emily’s first act of revenge? The first series of Revenge starts with murder and then goes into flashback, as we follow the events that led up to the first moment. It starts when Emily (Amanda) first arrives back in town in disguise. She rents her old family home, virtually overlooked by the devious Victoria Grayson from the bedroom balcony of the mansion next door.

The Hamptons with its reputation for trillionaires, glamour and a luxurious lifestyle is the perfect stage set for all that goes on. Who but very rich people would have time on their hands and be able to spend it on plotting and planning the downfall of others. 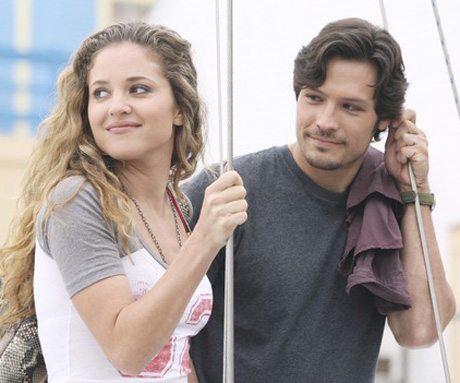 Into the picture comes Emily’s childhood friend. the gentle and charming Jack Porter (Nick Wechsler). He had given her abandoned labrador Sam a home when she was taken away.

Sam is really the only one who recognises his former mistress. Can she keep him from giving her away? He certainly doesn’t know the supposed ‘Amanda Clarke’ when she first appears on the scene.

Sadly however  Jack doesn’t pick up on the fraud and vows once again to protect ‘Amanda’ as he had done when they were children together.

He doesn’t know that this version of ‘Amanda’ is a very dangerous woman, one who will trap him in any way she can. Victoria and Emily, beauty and the bitch but which is which

The very handsome Daniel Grayson (Josh Bowman) seemingly has the world at his feet. Graduating from one of the world’s best colleges, surrounded by money, power and wealth what he wants out of life is something he seems not to have completely sorted out, except that Emily since he met her has been placed high on his list.

Heir to his father’s fortune and an integral aspect of his mother’s scheming, Daniel’s easy relaxed style makes all those around him feel completely at their ease. It has certainly meant that his best friend from college Tyler Barrol (Ashton Holmes), who has come home with him for the holidays is continually engaged, but as we find out not really in a nice way.

What goes on down in the pool house between these two will be sure to turn everyone’s worlds upside down. Tyler we discover is a psychopath, who believes that if he cannot have Daniel for himself then he will make sure that no one else can. He will enter into any relationship necessary, be it with a man or woman just to get his own way. Off his meds he proves to be very dangerous.

There are various relationships going on with Victoria. There is first and foremost that of Victoria and Emily, the two arch rivals for Daniel’s affections. Then there is a dysfunctional one with her daughter Charlotte Grayson (Christa B Allen) who is in a relationship with Jack’s younger brother Declan Porter (Connor Paolo). Victoria relies heavily on her event planner Ashley Davenport (Ashley Madekwe), who will do just about anything for her. Ashley also forms an attachment for the disturbed Tyler. There is all sorts of shenanigans going on with Victoria and her lawyer, Victoria and her security guard and Victoria and her husband Conrad Grayson (Henry Czerny) as well as his mistress Lydia Davis (Amber Valletta), who it turns out is Victoria’s very best friend. Early on Lydia takes a nose dive off a balcony. But was she pushed, or did she jump?

We find out eventually that Emily Thorne (Amanda Clarke aka Emily VanCamp) has had various people, who have encouraged her to seek revenge. They include Warden Sharon Stiles (CCH Pounder) of whom we will no doubt hear more. and Samurai Satoshi Takeda (Hiroyuki Sanada).

He has taught Emily strength, endurance and how to deal with solace through the martial arts. Who knows Karate may come in handy with some of those protagonists she will undoubtedly come up against on this, her dangerous life’s journey.

The complexity of Emily’s character is something the writers revel in revealing slowly. Emily can look so completely innocent, while being so very guilty. Nolan, while hovering on the edge of corruptibility, proves constantly that he is the only one who can force her to think twice about her actions.

She explains herself by saying ‘My father died an innocent man. Betrayed by the woman he loved. When everything you love has been stolen from you, sometimes all you have left is revenge.’

But is it enough? As this complex story evolves over the 22 episodes of the first season the viewer is taken along for a very difficult ride that has an entirely unexpected ending with a twist you won’t see coming in any way shape or form 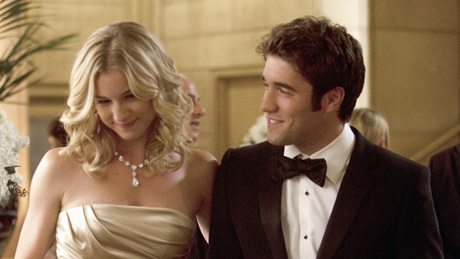 Emily and Daniel, beauty is as beauty does

Keeping up the pace, the mystery and the vitriol for such a long time and keep our interest peaked is no mean feat and the writers do a superlative job. While a great many scenarios are resolved in the last few episodes, enough to satisfy the viewer, then a whole new set of parameters suddenly emerge on the last day of  ‘reckoning’.

OMG, its a spectacular show with just about every possible emotion wrung for the viewers in the finale, which will only serve to start season 2 in a dramatic way.

Some characters completely change their tune and, dramatically and it all ends on the best quality cliff hanger of all time. Season 2 is set to be a doozy.

However we will not spoil it for the viewers in Australia where Channel 7 is still whipping up a frenzy about the body on the beach. We will only observe as English philosopher, statesman, scientist, jurist and author Francis Bacon did

‘In taking revenge, a man is but even with his enemy; but in passing it over, he is superior

As toddlers many thrilled to the story of Noah building an Ark to escape a huge flood, which according to art historian and author Ian Wilson really did happen