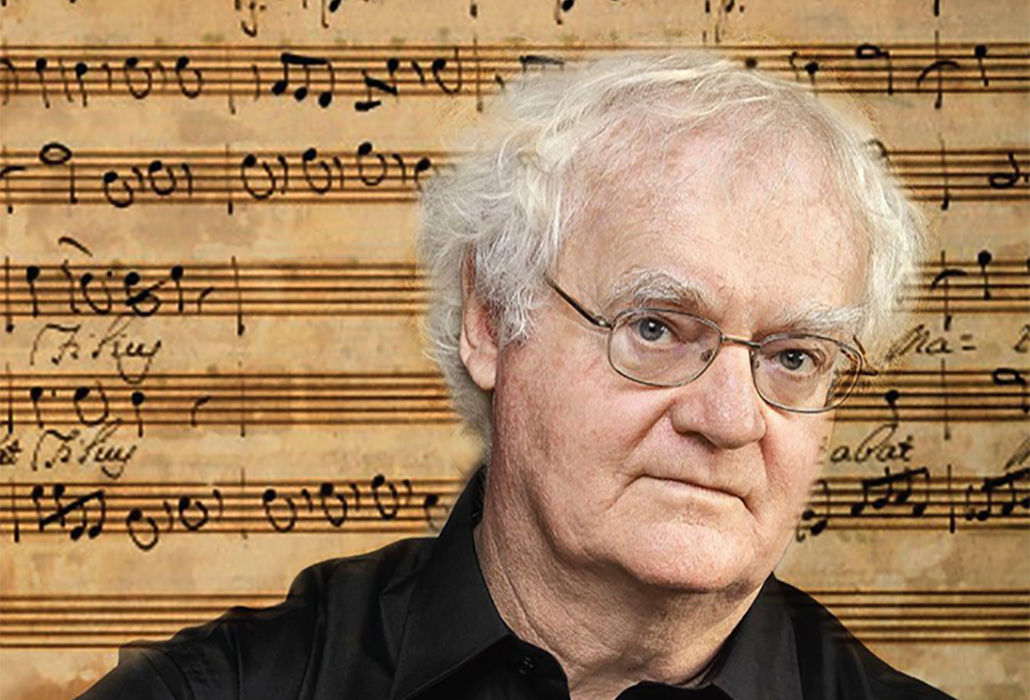 Australia’s iconic music director Richard Gill (1942 – 2018) was a most respected musician, who not only spread the joyous aspects and moments shared in music, but also helped others to understand its many therapeutic and beneficial qualities. His commitment to having music retained as part of literacy programs in schools was indeed, admirable.

He knew first hand all literacy begins with music and ‘listening to music’, not only empowers a child’s imagination, but also helps them to develop their general learning process. This fact has been proven time and again and beyond any doubt. Children, who take part in musical projects gain advantages in all areas of learning, especially in the long term. 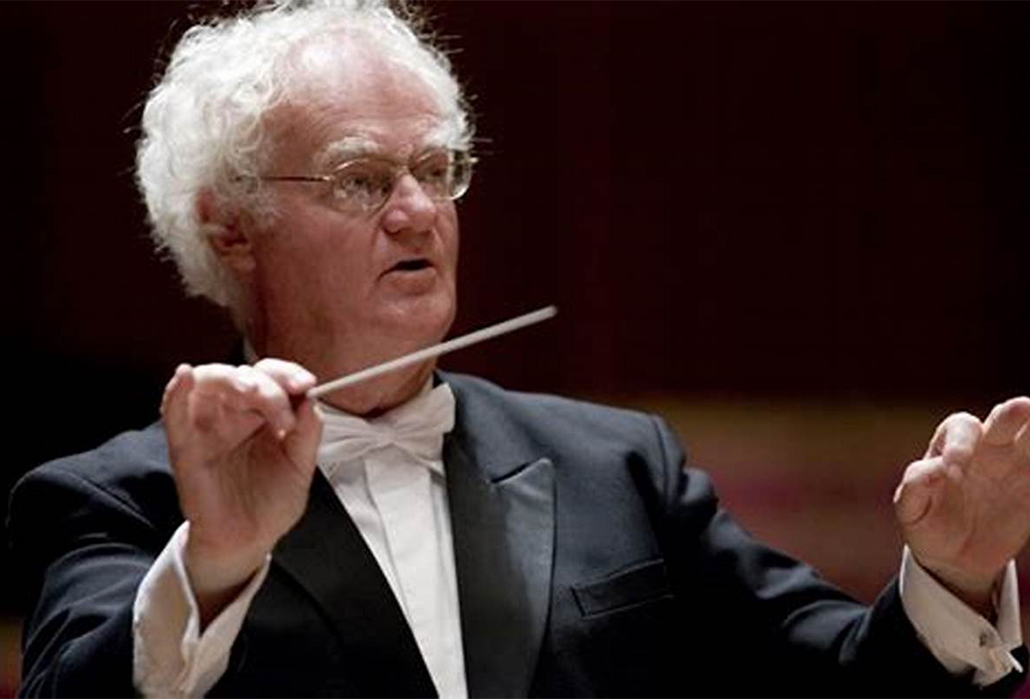 Richard Gill’s memoir, Give Me An Excess Of It, published in 2013, is a warm, extremely funny, highly opinionated, laugh aloud funny, delightfully naughty, occasionally rude, very witty and sometimes exceedingly droll memoir, which is sublimely full of his love for music.

You will enjoy it, I certainly did and highly recommend its frank honest account of a musicians life, which despite its many challenges, successes and failures, has been one lived well.

It rollicks along delightfully, from the highs and lows of Gill’s extraordinary school days to the excesses and grandeur of a towering Victorian Opera company performance, which springs eternal from the sometimes tedious monotony of the practice studio. An internationally respected music educator, Richard Gill was during his lifetime recognised world wide for mentoring young musicians and helping to create opportunities for them. 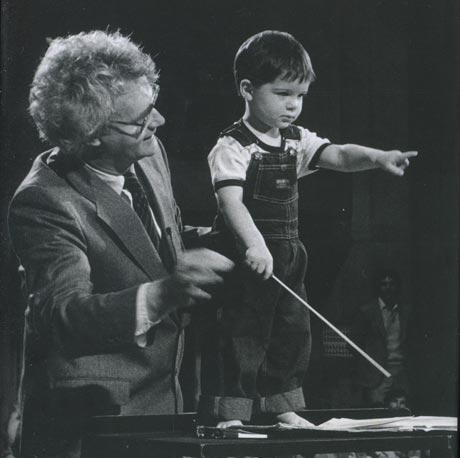 An advocate for music as being integral to the education of all young children all of his musical life, you can certainly judge Gill’s memoir by its back cover, which has a gorgeous photograph of Richard with a small admirer of about two years of age, who he has lifted up to take up the baton and conduct the orchestra.

During his lifetime Richard Gill always knew what he wanted and went after it.

He certainly wasn’t ever been afraid to push ‘the edges’. Like so many other singers and musicians of his day, Richard Gill had to go overseas to study his craft. At Salzburg in Austria, composer Wolfgang Amadeus Mozart’s home town, he immersed himself in the society and culture of the great music that abounds in that glorious place. He was touched by the reawakening of the genre of ‘early music’ and contributed to its renaissance.

Awarded the Order of Australia in 1994 and a Centenary Medal in 2001, conductor Richard Gill gained many awards for his services to Australian music and musicians alike, all richly deserved. Players and performers completely trusted his advice and judgment, taking into account all that he shared with them along the way, based on his considerable expertise and experience.

During his 70th year, when most people retire, Gill noted in his book, he added ‘wisdom’ to his list of credentials as he continued to conduct choral, orchestral and operatic works while finding time to ‘write’. Richard Gill was born in the Eastern Suburbs of Sydney, but his family moved and he grew up in the northern districts of Sydney at Epping in post war Australia. He still remembers the naivety and innocence of those times, as well as the many hardships that abounded in the late forties and early fifties and how Catholic kids used to yell at Church of England kids across the road.

Locking kids in cupboards or dark rooms and wielding the cane cuttingly beforehand was a regular event endured by those who did not ‘fit into a mould’, and Richard it seems had quite a painful time. He describes one of the nuns as a ‘religious volcano’.

One of Gill’s difficulties as a music lover was that his family were not in a position secure enough to afford formal music lessons until he was 13 years of age, an age when most teachers and authorities would have considered it was far too old for him to start. But that didn’t deter him. 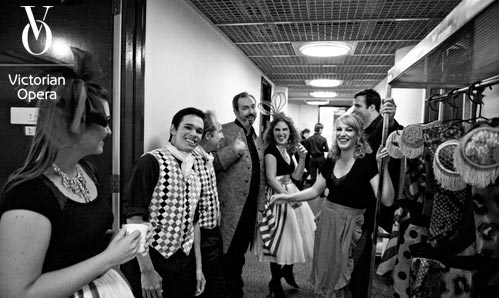 When he started at the Conservatorium of Music in 1959 his general knowledge was far from prodigious, something those around him made him acutely aware of. One teacher told him ‘his hands frightened her’ and she could not see him learning to play a piano. However he pushed on regardless and kept only looking forward at what he might achieve ahead and he made his own luck and fortune.

Optimism took over and abounded during the sixties and seventies when he was in his most formative years as the great conductor he became. He built himself a great reputation based on commitment and hard work, while others were laying about in meadows with flowers in their hair. His sojourn in America would prove immensely fruitful. He admired Americans as ‘the most generous people on Earth’… introducing me to the notion of independent thought’. He and his family thrived in his new environment, but he related how ‘my time teaching in American universities made realise I wanted to explore opportunities to conduct. So, home we had to go.’

Fortunately an opportunity for work in Western Australia arose and home they all came, In WA he was given the chance to run his own programs and from there was catapulted into the Australian Opera in 1990, where he endured ‘a baptism of fire’, to become its chorus master and occasional conductor. 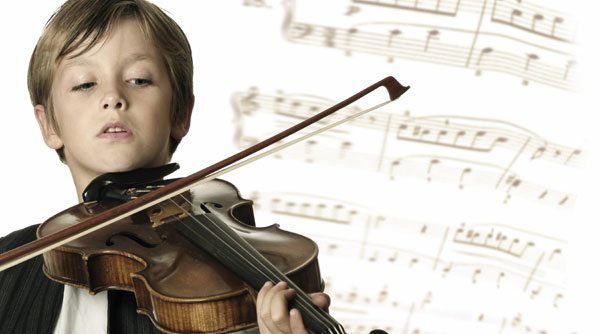 His memoir contains many anecdotes and stories about the challenging times he has endured in the world of creativity. Like the time someone deliberately removed an important aria from his score while conducting a major opera. He had been warned he had an enemy in the company but nothing in his life had prepared him for this sort of underhand behaviour.

Bluffing his way through the segment taught him about being in the moment and trusting in his own ability to succeed against all odds. It also made him diligent and aware at how important it is to always remain in charge of your own destiny. From that moment on he took his own score on and off stage always. He also related how it had taken forty years to make the world aware of the Australian Opera and virtually forty seconds for the board to screw it up announcing an amalgamation with the Victorian State Opera, which upset people everywhere. His experiences at the Australian Opera were profound and he timed his exit to leave and to become a freelance musician, well. His experiences from then on as a freelance ‘conductor’ would lead to work all over the country, giving him the artistic freedom he longed for.

He took on the position of artistic director to the Sydney Symphony education program, allowing him to make the connections with music and children that he had always wanted to be involved with in Australia since his experiences overseas. He knew to make it an intimate experience, so that he would engage the children fully and they responded accordingly. 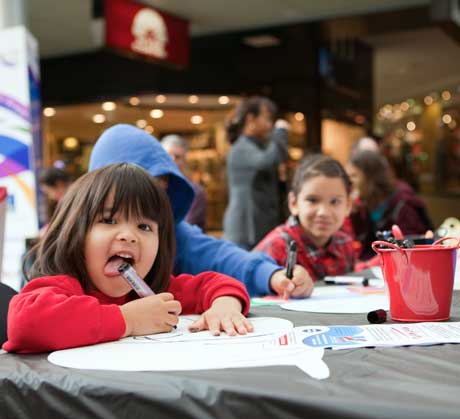 He instituted a program, which blended experienced players with up and coming Conservatorium students. The aim was to ensure they would be mentored into their future.

Gill also became involved in helping other musical groups in Australia change the way they played music for children and inspiring them to become involved in ‘active enquiry about the way music works’. Wonderful initiatives.

He decried that ‘Symphony orchestras and other musical ensembles were often written off as high culture, and not for all people, when in fact they were and are a vital aspect of community life’.

My own experiences of taking opera to the shopping malls at Brisbane on behalf of the Brisbane City Council would have me concur wholeheartedly. People from all walks of life and from all backgrounds flocked to our Operapolitan concerts, holding up babies and small children who loved the sounds and responded well. He became an occasional panel member on ABC TV’s Logie award winning popular panel show Spicks and Specks during the first decade of the 21st century. It ran for seven seasons and he was a popular guest, admired for his wonderful sense of humour, fun attitude and his splendid ‘conducting unbecoming’.

Gill loved nothing more than inspiring and enlightening a whole class of pre high school children, talking with each of them, as he would do with members of the Victorian Opera company, which he founded in 2005.

This was a unique opportunity that saw him starting an opera company from scratch and he guided the helm for some six years, until he retired as he came up to 70. In his memoir he noted “… from its start, right up to the time of writing, the adventure has been challenging, fulfilling, thrilling, devastating, uplifting, exhausting and exhilarating, all the while providing me with opportunities to take risks, explore new horizons, break the operatic mould, confound the sceptics, delight the supporters, challenge audiences with new work, and promote debate and discussion about opera.” From Sydney to Salzburg and back to Sydney, there was certainly no ‘beating around the bush’ for Richard Gill. He remembered his fierce and feisty mother telling him ‘you are not out of the woods yet, sonny Jim not by a long chalk’. Love it. She certainly sounds like my kind of gal, formidable and with, as he describes, the ‘warrior spirit of Joan of Arc, the ferocity of a lioness whose cubs have been attacked with just a touch of ‘Lady Bracknell in the mix. Fabulous.

Richard Gill probably played far too many overtures to count, but as he observed so reflectively,  ‘Music will remain my life until I die’. And so it did. So, if music is the food of love, play on!

RAMS the movie is an arts and cultural gem, unravelling the relationship between two battling brothers, who haven’t spoken in four decades except via sheep dog