The Melbourne Symphony Orchestra (MSO) in action, under the baton of Sir Andrew Davis

A live recording of the Melbourne Symphony Orchestra (MSO) recorded in the Hamer Hall at The Arts Centre, Melbourne, conducted by its chief conductor Sir Andrew Davis, reveals the orchestra in all of its glory. 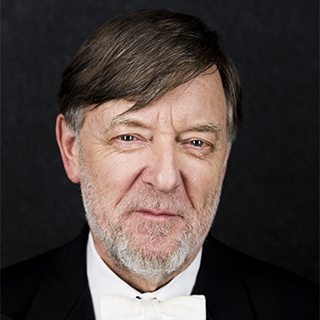 It takes on two of the gigantic works of the orchestral repertoire: Ein Heldenleben (A Hero’s Life) and Intermezzo: Four Symphonic Interludes.

Ein Heldenleben appears second on the disc. Its famous dramatic opening sees the lower strings and brass produce a rich and impressive sound that is bursting with energy and optimism before the music drifts off into a kaleidoscope of tunes, sounding a bit like a merry-go-round.

There has been much debate as to whether composer Richard Strauss (1864–1949) himself is the hero of this symphonic poem, and one certainly does wonder, considering this quote: “I don’t see why I should not compose a symphony about myself; I find myself quite as interesting as Napoleon or Alexander.”

The second movement, Des Helden Widersacher (The Hero’s Enemies) is sometimes referred to as the Witches Dance, and opens with fiendishly difficult staccato wind solos that include large chromatic leaps and create a sinister feeling. This is the shortest movement from the symphonic poem, and the atmosphere relaxes as we ease into the third, Des Helden Gefährtin (The Hero’s Companion), which is the longest.

Concertmaster Dale Bartrop does a fine job of the virtuosic solo violin work here, which Richard Strauss himself confirmed represented his wife, Pauline de Ahna, whom he described as “very complex, a trifle perverse, a trifle coquettish, never the same, changing from minute to minute.”

The solo passages function essentially as a cadenza, and alternate with interjections by the low strings, winds and brass. In this sense, it seems a bit like an operatic recitative, and Bartrop’s crisp articulation and technically agility mean the solo violin passages more than hold their own to the strong orchestral responses.

Des Helden Walstatt (The Hero’s Deeds of War) opens on the battlefield with strident brass and winds and the march of snare drums. A brief sojourn into a more romantic theme and then we’re back on the battlefield again. If this music had been written today, it would surely be film music, as it is so expressive, exciting and emotional.

It’s truly wonderful to listen to.

The ominous introduction of Des Helden Friedenswerke (The Hero’s World of Peace) has an uncertain feeling until the harp accompaniment moves from the minor to the major key, signalling a positive change.

The world flourishes again, and florid wind solos demonstrate the triumph of spirit: the hero is okay.

Cheeky flourishes from the clarinet against the wonderful oboe theme remind the listener that the larrikin is still there, but tempered.

The Hero’s Retirement from the World pulls all the different themes together for a resplendent finish.

The Four Symphonic Interludes that start this disc are no less dramatic than Ein Heldenleben and also depict the ‘notorious’ marriage between the composer and his wife Pauline.

They are less known than some of Strauss’ other works, and are a kind of conversational opera. You could be forgiven for thinking the first interlude is a piano concerto, as solo piano enters early on, but it soon becomes clear the piano is used as just one of many different textures and characters in this lively movement. 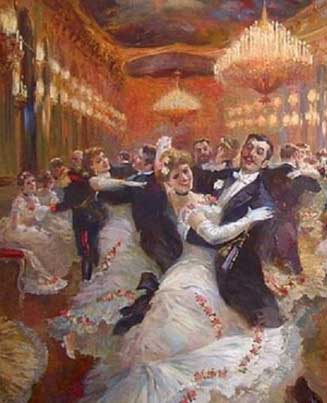 Richard Strauss became famous for his waltzes and this form is used often in this movement, probably depicting various social events the composer and his wife attended.

The great gestures and lush orchestration make this work a joy to listen to. Of special note is the beautiful quiet opening of Träumerei am Kamin (Dreaming by the Fireside) with a wonderful full sound produced by the celli over shimmering winds.

Strauss loved to play cards, and his favourite game, skat, is featured in the third intermezzo.

A boisterous reading of the fourth intermezzo, Frochlicher Beschluss (Happy Ending) shows the full scale of the tremendous talent that is the Melbourne Symphony Orchestra.