Richard Tognetti stepped on stage in 1989 aged 23 to lead the Australian Chamber Orchestra (ACO) on a night I always felt privileged to be there. Over the year’s since he’s been a brilliant musician, innovative, imaginative, creative and clever, designing exciting and challenging programs of music for his beloved Australian Chamber Orchestra and invited guests to perform.

Tognetti has managed to stay at the top of his game, because he has the passion, the purpose, the commitment and above all the wonderful support of colleagues who not only share his vision but also trust him to guide and advise them as together they deliver great music into the lives of appreciative audiences.

The countless guest musicians invited to share these experiences have provided many memorable moments for the Australian Chamber Orchestra and its audiences, many of which are indelibly engraved on many hearts, including mine.

During May and June, 2014. Richard Tognetti is taking everyone, including his musicians, on a time-travelling evolutionary musical adventure, an odyssey of sorts, one that should prove enlightening as well as enjoyable as it surveys the evolution of music.

Featuring a vocal sextet, percussion and carefully curated recordings augmenting the strings of the ACO, the Timeline extravaganza will be led by Tognetti on his trusty violin, performed to eye-popping visual effects from the creative mind of Ignatius Jones and with vocal direction by Graham Ross. 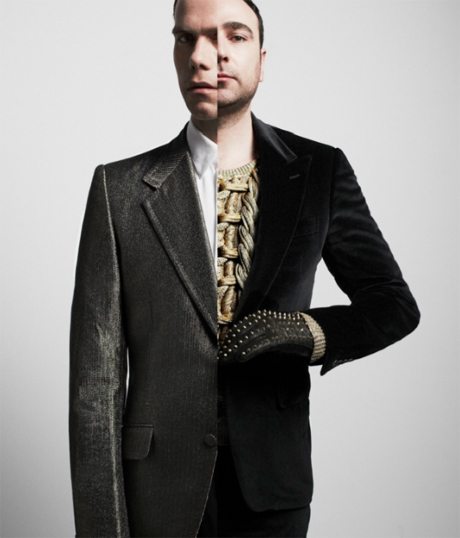 With music from antiquity to modernity, audiences will enjoy marvellous music from such composers as the Italian ‘red priest’ Antonio Vivaldi (1678-1741) to the timeless works of Wolfgang Amadeus Mozart (1756-1791) and on to the sheer brilliance of Johann Sebastian Bach (1685-1750).

On the modern side of the coin there are the sweet sounds of American jazz musician, trumpeter, bandleader, and composer Miles Davis (1926-1991), the American musician, singer-songwriter, artist, and writer Bob Dylan and the American rock band Nirvana.

The event will soar into a joyous finale of contemporary music assembled by the ARIA Award-winning Australian duo The Presets. This dynamic electronic duo will make their classical music debut with Tognetti and Timeline.  In Sydney the concert will be an integral aspect of the VIVID Sydney festival of light, music and ideas.

Their appearances follows on from producing three critically acclaimed albums and their own tenth anniversary celebration. It is sure to be sometimes nostalgic, often challenging and as always, completely memorable.

Music is at the essence of who we are and essential to the human spirit, the creation of a strong sense of place and an important aspect of community life.

It is a powerful form of communication vital to our inner well being, its sounds imparting a rhythmic pulse to daily life. Timeline will attempt to tell a unique story one commencing in Act One during the Neolithic period some 42,000 years before the Christ event.

After leaping the unknown boundaries of the original classical period, of which so little about the music is really known, it then plans to surmount the scales of sacred music and have them resonating off the architecture as they surge towards the richness of Renaissance music and then on to the grand manner of the Baroque, which is filled with boundless energy.

From there it will delight all with the joys of the Rococo, embrace the cool elegance and style of the neo classical age of enlightenment, until it enters the new age the one we call Modernism, where all its opposing forces sought to both explore and share new rhythms of harmony and energy.

The artistic tradition in music of the mid nineteenth century and beyond was born of an exciting and newly free imagination that had broken away from rules and boundaries. As such it achieved a completely new medium of expression.

It also gained the highest pinnacle of achievement in a climate that has seldom been granted to any other generation.

The very earnestness of the movement and preference toward ‘classicism’ brought about a ‘moral uplift’. The population at large consumed this new musical life passionately, elevating its artists so they achieved unity of both form and material.

However all attempts to keep to ‘rules’ inexorably failed, leading to a romantic overflow that, in its intensity as an aside, also brought about a complete re-assessment of early church Music.

Liszt pleaded in his essay “On the Church Music of the Future” (1834) for Church Music to become the Fiat lux of what was by now an extraordinary art form, and for it to return to being ‘dramatic, holy, majestic, strong and calm’, while recognizing as its supreme source for inspiration, God.

During Act Two the ACO will present Jazz, Rock ‘n’ Roll, Avant Garde, and explode into Electronic music and Pop, with the world premiere of Continuum which has been composed by Richard Tognetti, Julian Hamilton and Kimberly Moyes of The Presets.

This wild ride will be matched with dazzling visual projections from the mind of Ignatius Jones, making this a concert experience once in a lifetime and not-to-be-missed! 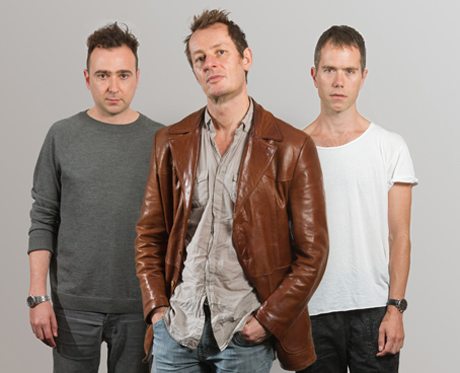 In history the greatest works of art, including music, are basically enormously popular in their age and revisiting them with fashionable intent has often helped to aid their conservation while benefiting contemporary society.

If ever a discipline integrated the unconscious and emotional aspects of the mind with the intellectual and physical movement it would be music.  And, its choice is so deeply personal, as this concert will be sure to reveal.

The idea itself to my mind echoes the brilliant 2013 advertisement by the ‘Apple’ corporation, depicting people from all walks of life and from many different cultures and all ages enjoying music; telling a very simple and telling tale about how we are all connected globally by the sweet sounds of society.

Compelling, captivating and exhilarating, Timeline is sure to celebrate the sounds of music our nation enjoys on so many different levels You will be able to rejoice greatly as you listen to sensational sounds of music by some of the world’s great composers and songwriters, including favourites from many different styles and genres.

The Australian Chamber Orchestra‘s Timeline will both nourish the spirit and inspire as the audiences enjoy a feast of beautiful music by what has been described many times as the greatest small orchestra in the world today.

TIMELINE – LIFE FLASHES BEFORE YOUR EARS

The Sydney concerts of Timeline are presented in Partnership with Vivid LIVE, part of the Vivid Sydney festival of light, music and ideas.

This spring Brisbane artist David Henderson will hold his 2011 Exhibition in the Graydon Gallery at New Farm in Brisbane. What David offers in the 30+ works on offer is a glimpse of pure joy. They are evocative atmospheric scenes, mostly from the ancient Italian city La Serenissima (The Most Serene Republic) Venice, where with his brush and colour on canvas he constantly explores the elusive qualities of light, seeking to access its ever-deepening mysteries.