Arts and culture play an essential role in the life of every Australian and creativity is central to our economic growth as a creative nation is a productive one. Congratulations are in order and it’s a hearty best wishes to Musician Richard Tognetti AO who has been announced as recipient of the 2017 JC Williamson Award® by Andrew Kay AM, President of Live Performance Australia.

It will be presented at the 2017 Helpmann Awards ceremony to take place Monday 24 July, 2017 at the Capitol Theatre, Sydney.

During that time Richard Tognetti has helped to shape the future of his industry for the better and he ‘exemplifies the spirit of this award’ noted Andrew Kay.

Richard Tognetti said: “It came as a big surprise to be nominated for this award. I thought this award was for luminaries and I don’t consider myself one of this, he said..

… “I was 10 years old and living in Wollongong when the Australian Chamber Orchestra was cleaved by John Painter and company out of the rock face of what was then the collection of ABC orchestras.  The ACO was created with the purpose of giving musicians control over their musical destiny – just 13 of them in the beginning.  And now, 42 years later, there are 17 of us and I have been fortunate enough to be Artistic Director of this remarkable group of musicians since 1990.  I consider this an award to all my colleagues, not just at the ACO but my many and diverse collaborators over the years”.

Appointed an Officer of the Order of Australia for his service to music as an exemplary leader, Richard Tognetti is an internationally acclaimed violinist. He regularly performs on a 1743 Guarneri del Gesu violin, lent to him by an anonymous Australian private benefactor.

He has earned the award through the development and promotion of educational programs for children he champions, by supporting emerging artists and by playing for charitable organisations to help their fundraising efforts.

Born in Canberra and raised in Wollongong Richard Tognetti has established an international reputation for his compelling performances and artistic individualism. IT was in 1989 that was appointed as the Orchestra’s lead violin and, subsequently, its Artistic Director.  I was fortunate enough to be there on the first night he arrived on stage, turning his fellow musicians into soloists and in one fell swoop changing the classical music industry in Australia forever.

Under Richard’s leadership, the orchestra has earned a reputation as one of the leading chamber orchestras in the world. He performs on period, modern and electric instruments and his numerous arrangements, compositions and transcriptions have expanded the chamber orchestra repertoire and been performed throughout the world. 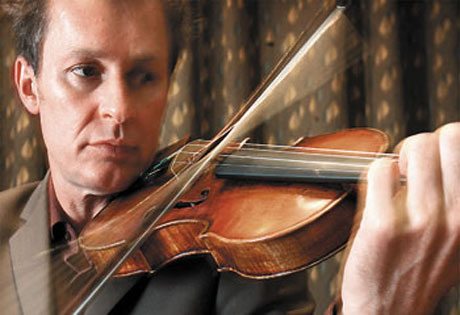 Co-composer of the score for Peter Weir’s film Master and Commander: The Far Side of the World, starring Russell Crowe; he co-composed the soundtrack to Tom Carroll’s surf film Storm Surfers; and created The Red Tree, inspired by Shaun Tan’s book.  He also created the documentary film Musica Surfica, as well as The Glide, The Reef, and The Crowd. Richard Tognetti holds honorary doctorates from three Australian universities and was made a National Living Treasure in 1999. He is an excellent role model for young musicians and his legacy will be about inclusiveness. He is the man who turned his orchestra of soloists into what many now regard as the ‘finest string ensemble on the planet’.

Opera Australia presents a season of OPERA ON THE BIG SCREEN at Event Cinemas and Birch Carroll & Coyle Cinemas from this Saturday 28th May 2011. Mozart’s The Marriage of Figaro will be presented first.