Recently I travelled to Noosa, located in the beautiful Sunshine Coast and one of my favourite Queensland destinations.

Driving from the airport at Maroochydore along the picturesque eastern coastline of Queensland set the vacation mood.

The crystalline waters of the Pacific Ocean and the azure sky above sent a current of excitement and expectation through my body.

On our first night the Noosa Ferry Cruise Company provided transport and informative commentary along the Noosa River.

This waterway has an A rating for the quality of its water and abundance of wildlife. The ferry delivered my husband and I at Noosaville, a food and shopping destination.

It was early evening and after a short stroll we arrived at River Cottage Restaurant for dinner.

We had discovered this charming restaurant on our previous trips. The cottage façade, tall palm trees and fairy lights woven through potted trees created a warm and inviting exterior.

The louvered windows and wide expanse of glass folding doors gave a tropical feel to the exterior. The décor and ambience of within shaped a refined and elegant atmosphere.

High vaulted ceilings and carefully positioned tables covered in white linen clothes ensured excellent acoustics and that every table had privacy. The neutral tones and soft lighting were designed to create a peaceful and intimate space.

We were very surprised to be recognised by Ruth, wife of owner-chef Marc Wohner and it warmed our hearts. She demonstrated all the finesse of a seasoned professional at the front of house. Ruth’s integrity and fine tuning to dinner tastes meant her astute and detailed advice about courses was perfect. The crunch of the walnuts, the soft centers of the beignets and the crisp crackle of the watercress filled my mouth with diverse textures.

The delicate fragrance of the sage leaves combined with the pungent bouquet of the vincotto mingled in the air.

The fragrance of a fresh harvest of ingredients wafted to effectively reach my sense of smell.

The surprise element in the dish was the different flavours of the pears. They had been poached separately, one in white wine and one in red wine. Not only was the difference tantalizing the taste buds, but it was visually exciting.

I loved the contrast of the crisp outer layer of the goat’s cheese balls with the inner component. They had been rolled in rice flour and shallow fried. The smoothness of the inside of the luscious cheese balls exploded in my mouth.

The bottom layer of mascarpone touched the tongue with a softness and creaminess that was very satisfying. The sweet flavour of the fresh miniature figs was enhanced by the sour quality of the goat’s cheese and vincotto shaped the balance. 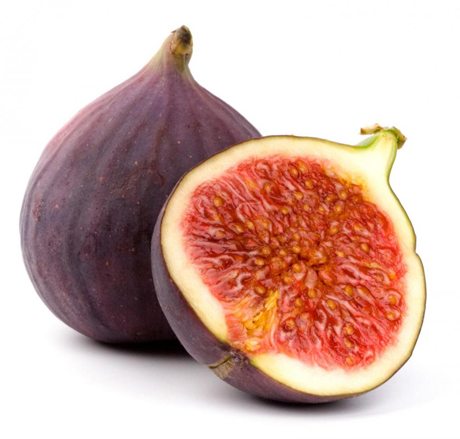 In my mind the platting of food requires sensitivity, an eye for detail and design and a strong affinity with the ingredients.

Marc used a white rectangular plate and he gently twisted the watercress lengthwise over the scraped mascarpone.

He scattered the beige beignets, the red and white wine infused pear pieces of fruit, delicate slices of fig flesh and the candied walnuts on the plate.

Splashes of vincotto were the finishing touch, finally forming a picture of winter on the plate.

I opted for a second entrée as main course, a vibrant, rich braised lamb shank with pappardelle, mushroom and peas.

The hint of mint and perfectly seasoned food oozed with comfort. The house made pasta was silky and succulent. The side order of shimmering and shining greens gave the meal balance and visual liveliness.

We shared the dessert, warm berry compote topped with rich vanilla ice-cream and beautifully presented. The accompanying shortbread ensured the dessert was taken to another level. The crunch and melting moment of the shortbread in the mouth reflected what I later learned was a direct outcome of Marc’s pastry training in Scotland. It was a memorable evening and I insisted we go back to River Cottage so we could savour the culinary delights again. 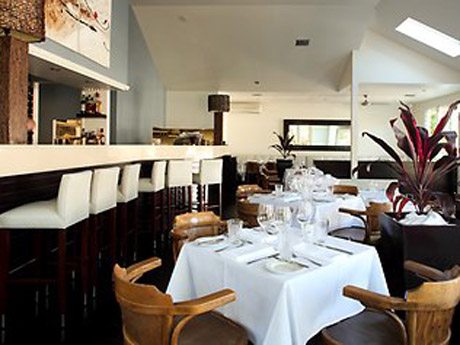 On our second visit we arrived early and I was fortunate enough to have the opportunity to speak with Marc himself. I wanted to know where his passion for food and cooking originated.

At five years old he knew he wanted to be a chief. This was inspired by the cooking shows he watched on television in Germany.

He began cooking at eight years of age under the guidance of both his mother and grandfather.

Both had a number of restaurants in different German locations. Indeed his restaurant lineage dates back four hundred years to his predecessors ‘restaurants’ in the Bavarian Forests.

He did his apprenticeship in a Michelin Star restaurant in Europe. This undertaking was the direct result of his father winning the apprenticeship for him in a poker game.

Fate or good fortune had cemented his dream. It was here that he had fond memories of learning how to temper chocolate. However, it was also a time when he developed discipline and the ability to survive on a meager wage.

He was strongly committed to a highly formulated work ethic, the importance of collaborately creating dishes with his team and respect for product, all of which were to shape his future involvement and dedication to the industry.

After his apprenticeship he cooked in as many restaurants across the world as he could. He worked for short seasonal tints so that he would extend his mastery of skills, knowledge and understanding of cuisines, ingredients and cooking techniques.

He has worked in thirty two different restaurants and this has equipped him with a very impressive reputation and reflects his constant strive for perfection.

He was Head Chief at Restaurant 2 and Il Centro in Brisbane. This was exciting news for us because unbeknown to Marc these had been restaurants we had eaten at and loved in the past when he had lead the kitchens.

World famous Chief Marco Pierre White said “no matter how much time you spend away from the kitchen cooking will always keep calling you back”.

After being Head Chief at the famed Ricky’s Restaurant at Noosa Heads for four years, he felt he had a sound knowledge and understanding of what people in the Noosa area wanted from a restaurant.

It was time for him to set up his own establishment. River Cottage Restaurant demonstrates Marc Wohner’s strong ethics, his commitment to the environment and sustainability and his passion for fresh and local quality produce.

He believes it is important to eat with your senses engaging them in playful discovery and a little mystery.

Marc says “I want to be wowed by the ethics and history that underpin the food on the plate”.

I was certainly reminded of how fortunate we are in Australia to be able to sample the freshest of ingredients cooked with appreciation, understanding and served with style.