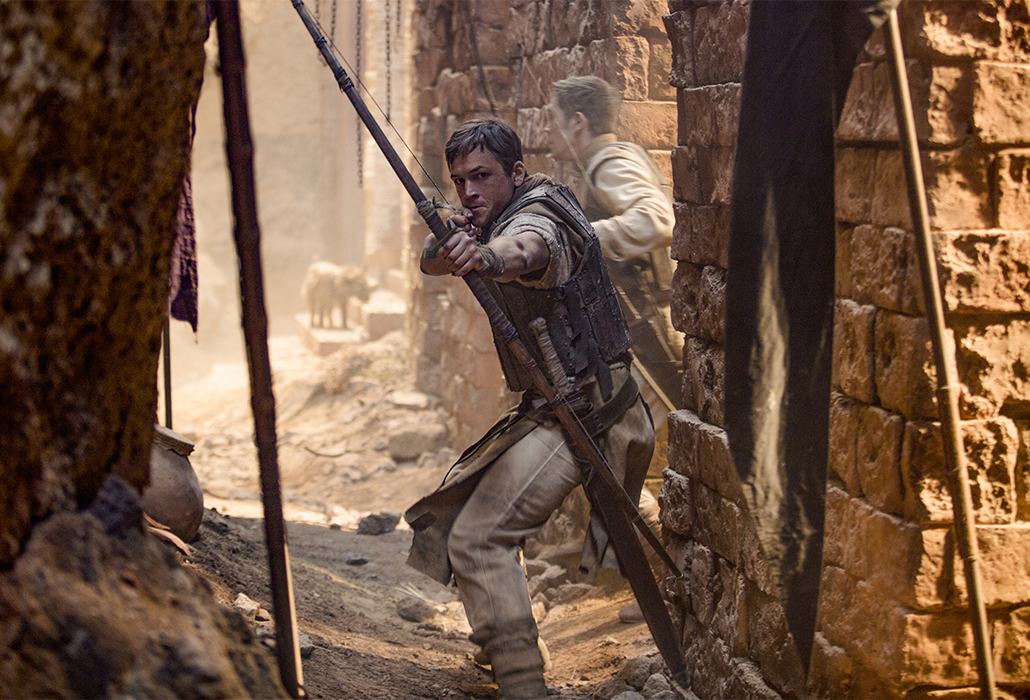 Taron Egerton in Robin Hood, a high octane hero for a new age

The story of England’s warrior hero Robin Hood, aka Robin of Loxley, has inspired writers, artists, storytellers and filmmakers down the years to reconfigure his eponymous character to resonate with their own times.

Robin Hood remains a hero because he is a major thorn in the side of society, of government and the establishment. We can count on him to always be out there rebelling on our behalf against the status quo. 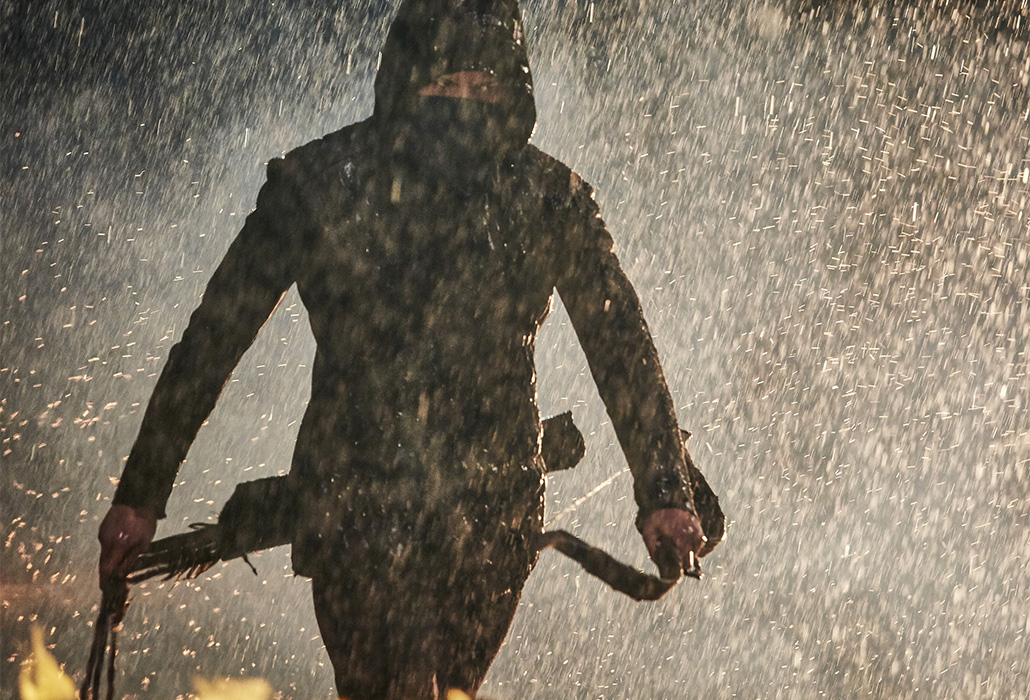 Gritty, dark and exceedingly great fun, this new rock n’ roll take on the 800 year old legend has been stylishly re-imagined. Robin Hood is a new high-octane hero for our own age of defiance and for those not yet tired with life.

Directed by Otto Bathurst, this is action-adventure entertainment at its best. All the actors involved take on the furious, intricate action, infusing the story of the ‘Hood’s’ journey with humor, personality and humanity, making it soar. Our perceptions are aided by simply brilliant costuming and breathtaking staging.

Don’t Read Any More Unless You Want Spoilers 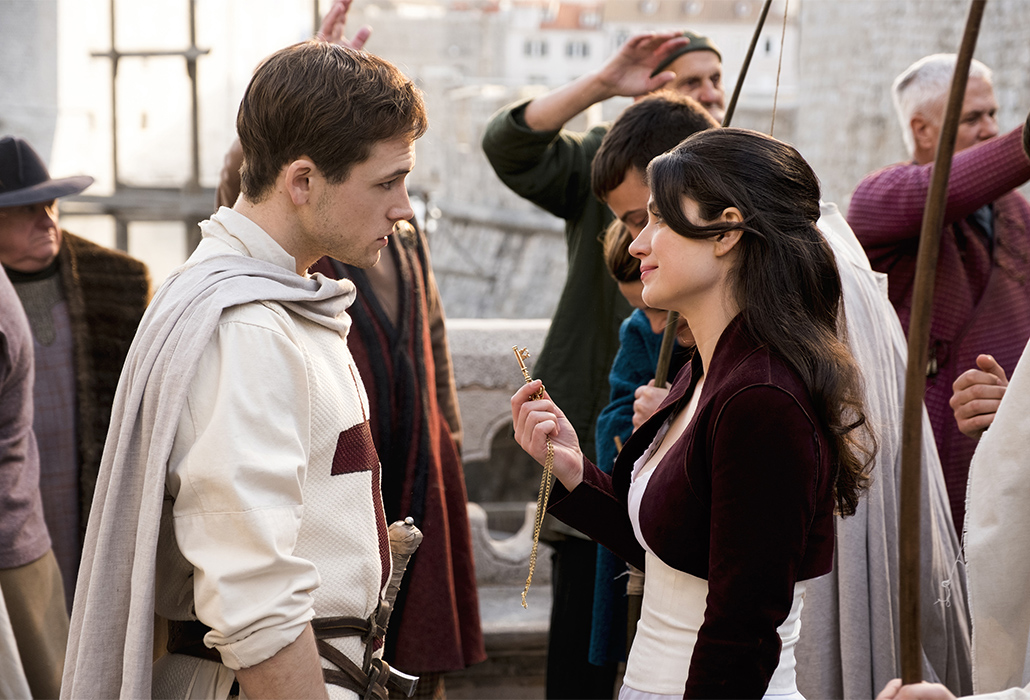 Robin Hood, the people’s crusader is at the heart of the legend; a hooded avenger going about fulfilling his promise, to rob the rich to give to the poor, while falling in love with Maid Marian (Eve Hewson) his one true love. British actor Taron Egerton is a shining star among the very impressive ensemble cast. 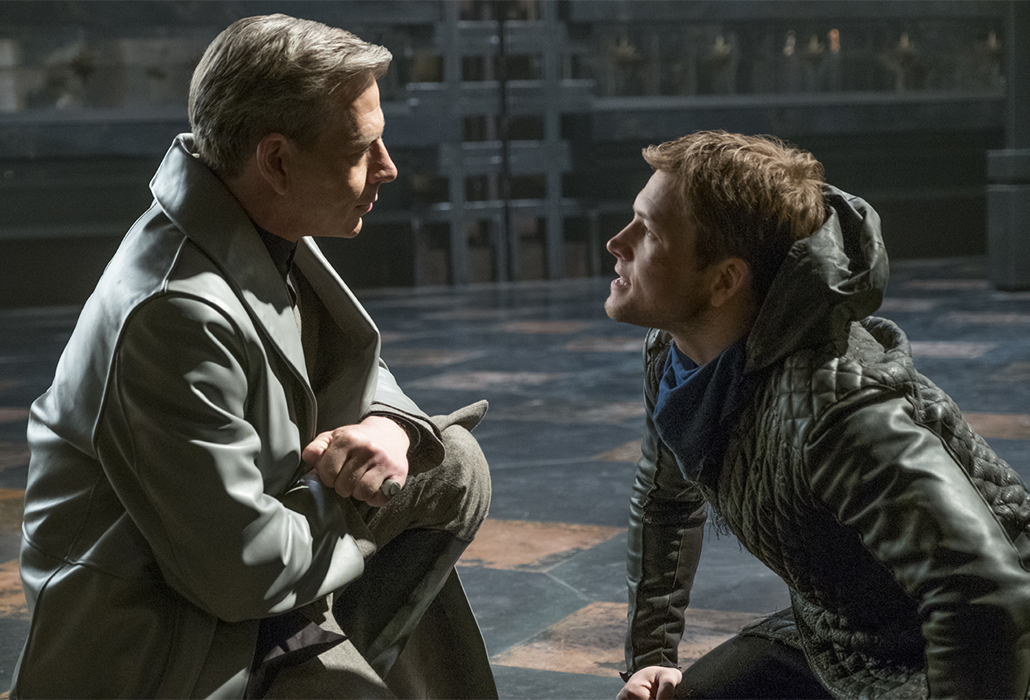 He illuminates and commands the screen completely with his charismatic presence, convincing us he is a man prepared to put his head above the parapet and his heart on the line, while defying the establishment to bring about societal and political change.

There is also a truly captivating performance from Jamie Foxx, who features as the Moorish former Warrior King John, once Robin of Loxley’s sworn enemy, but now his friend, trainer and mentor who brings about the birth of Robin Hood. 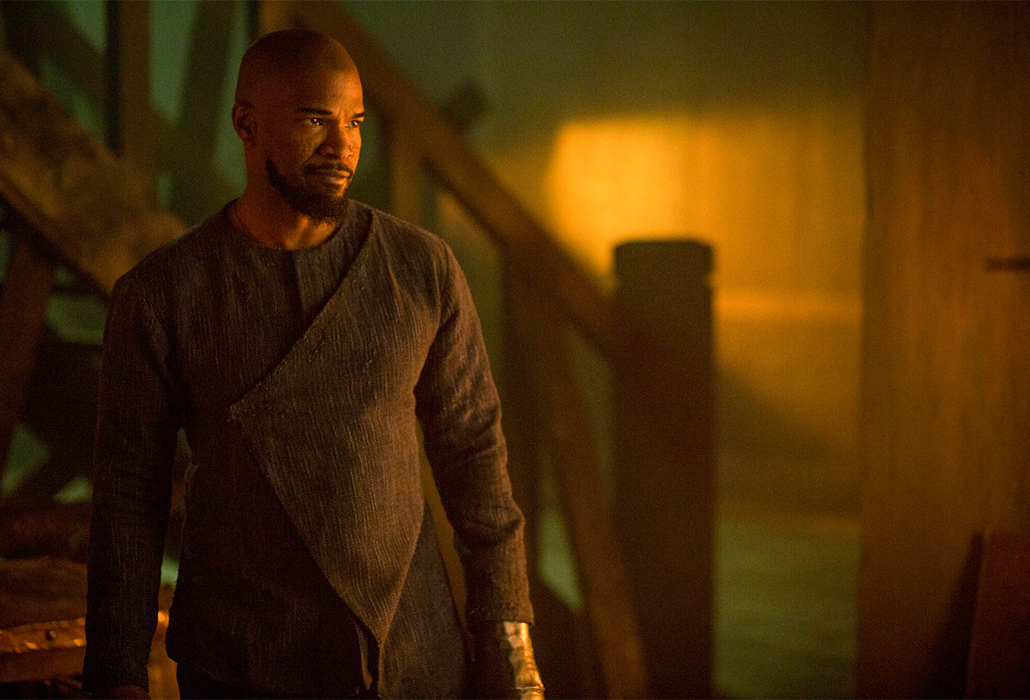 Egerton and Foxx are so good together you can feel their friendship is infused with admiration and respect for each other’s abilities.

Taron Egerton observed “It is John who gifts Robin with a stealth fighting style, the likes of which Nottingham has never encountered”  He continues “John teaches Robin his own style of archery: dexterous, quick and light-footed, something the Moors have mastered”. 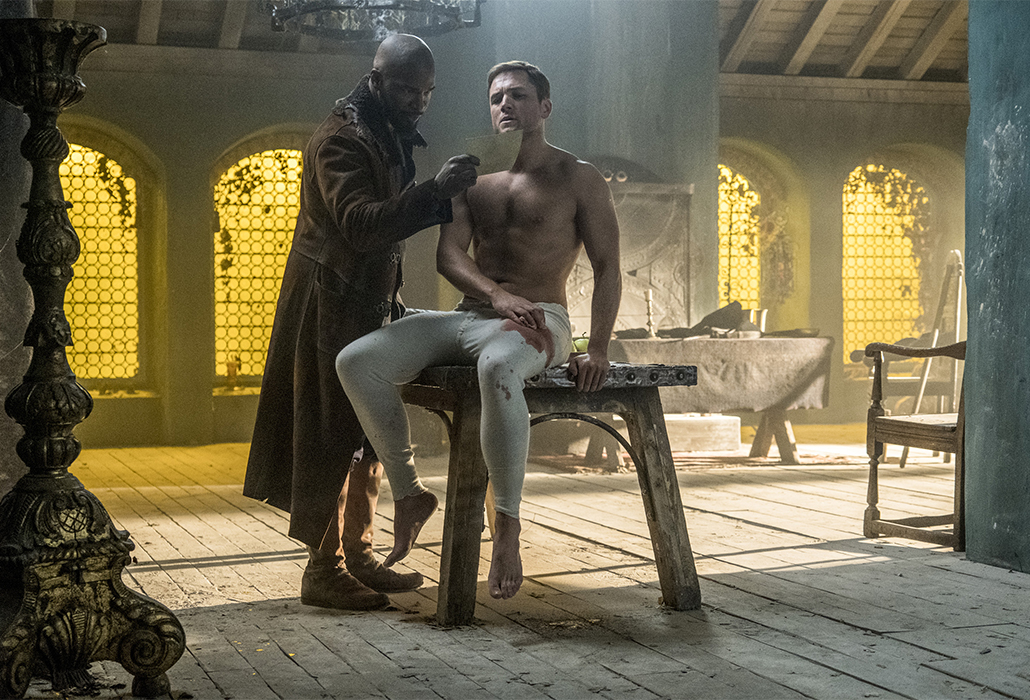 He continues “… it allows him to become a kind of undetectable ghost in Nottingham, he says, and “… what Robin does is not easy to do, as I discovered training for the role,” Egerton muses.

John has to convince Robin first and foremost he’s not just a conspiracy theorist but knows what he’s taking on with Nottingham’s elite.  Fox reflects “Robin comes from wealth, so he can’t see the lay of the land the way John can,” he observes. 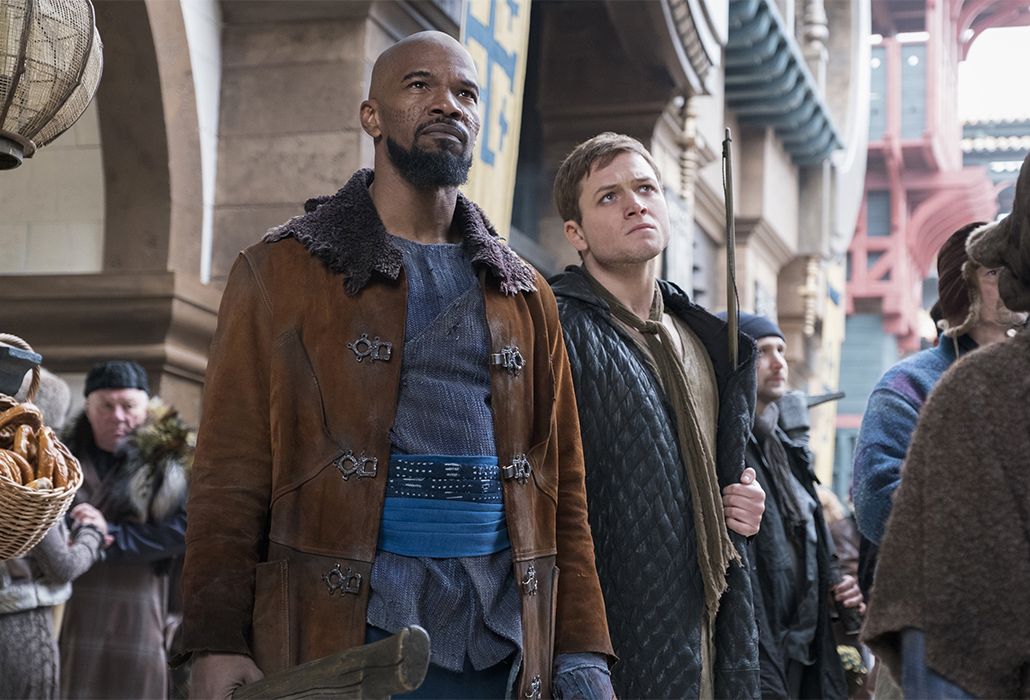 “It is John who opens Robin’s eyes to the idea things are truly not as they seem—that the real enemies they both want to go after are the fat cats and politicians who profit while soldiers die” he says.

“John emboldens Robin to look behind the surface of what’s going on in this dangerous world they live in. Robin is quite sceptical at first, until John reveals to him how drunk with money the men in power in Nottingham are, until finally, it ignites a spark inside” says Foxx. 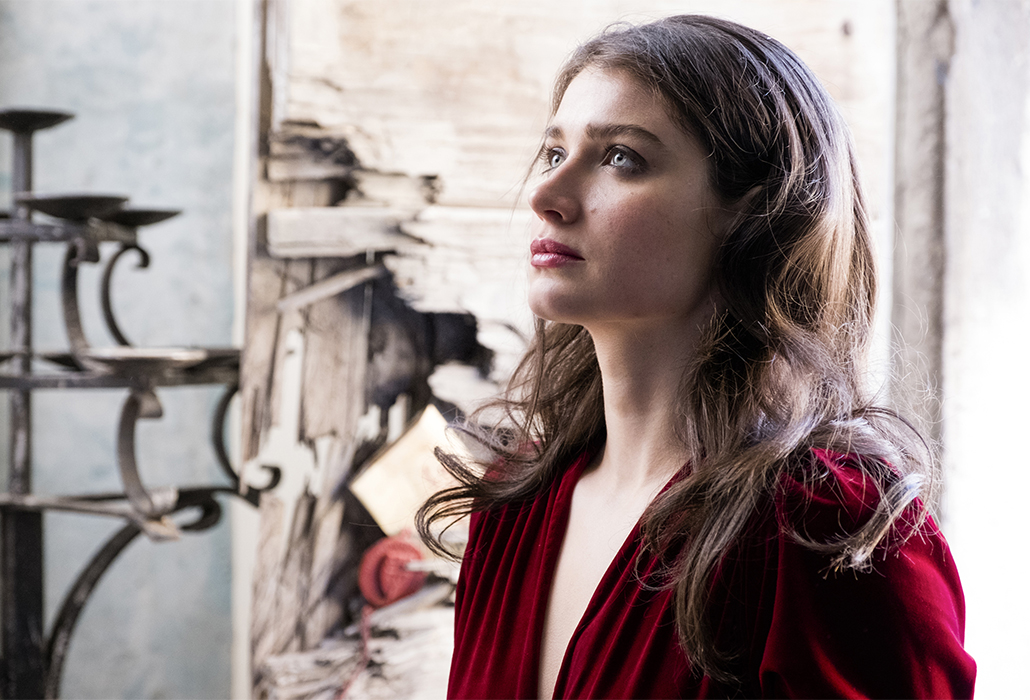 As the catalyst for Robin’s success and there is no question the maid Marian is no swooning damsel in distress. 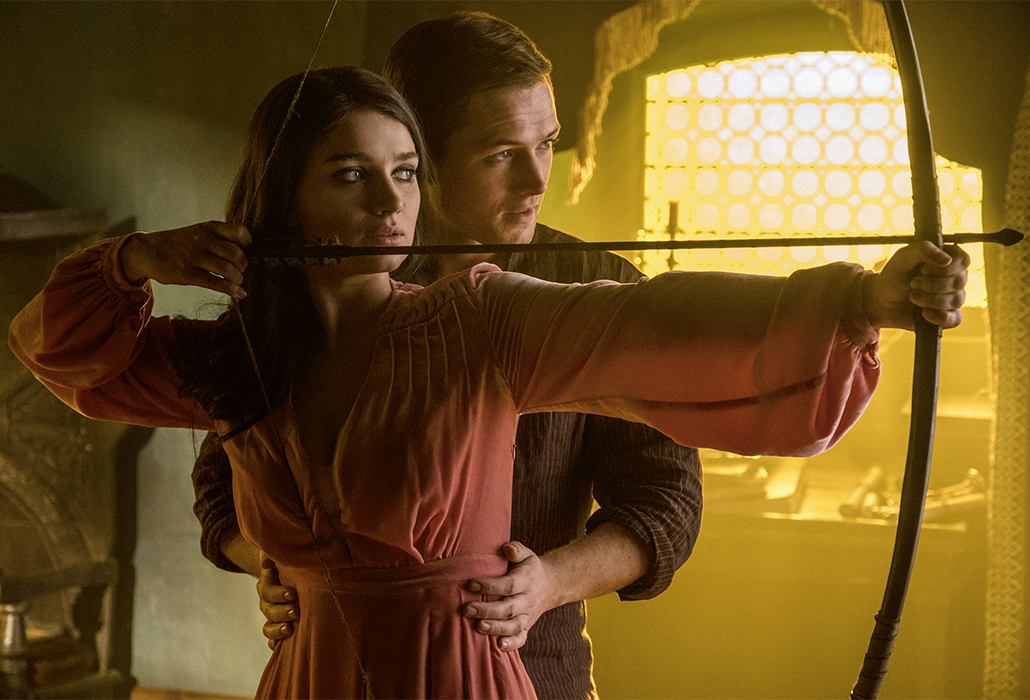 Marian is the kind of girl who brings a real sense of logic to bear on everything she does. She both challenges and changes Robin’s outlook, having him reflect on his anger and emboldening him to focus on the path ahead.

The filmmakers report they found their Marian in another rapidly rising star: Eve Hewson, the Irish actress who played Tom Hanks’ daughter in Bridge of Spies. 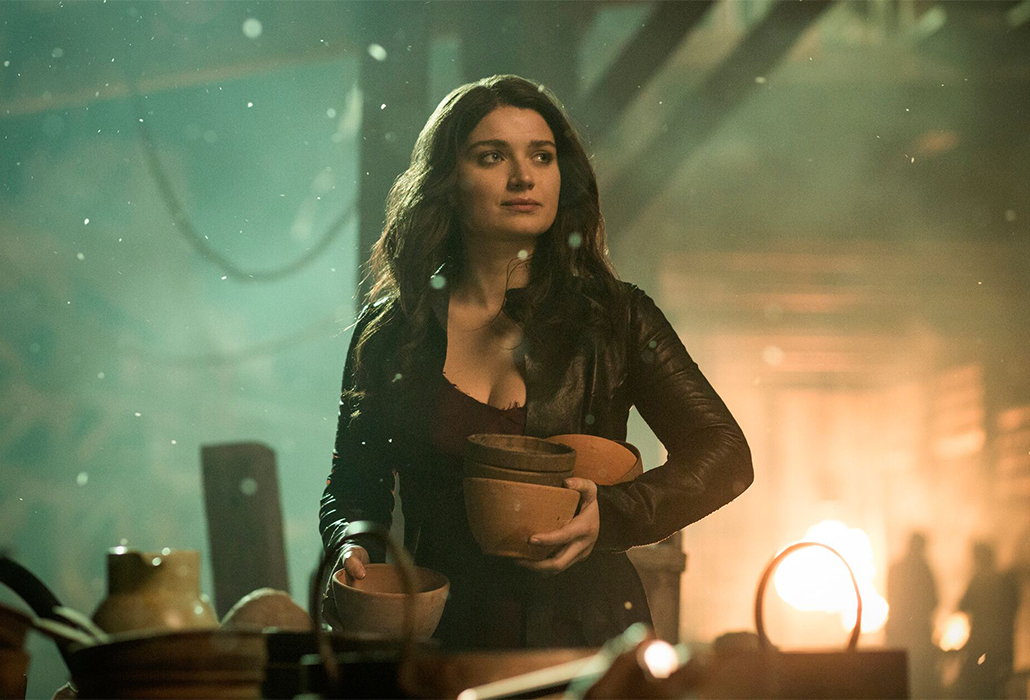 “It was the minute we saw Eve read with Taron, and saw the chemistry erupt between them we said, ‘OK, we’re done,’” recalls Davisson.

Robin Hood is a reflection of who we would like to be; an everyman or woman, prepared to sacrifice personal comfort for the greater good. 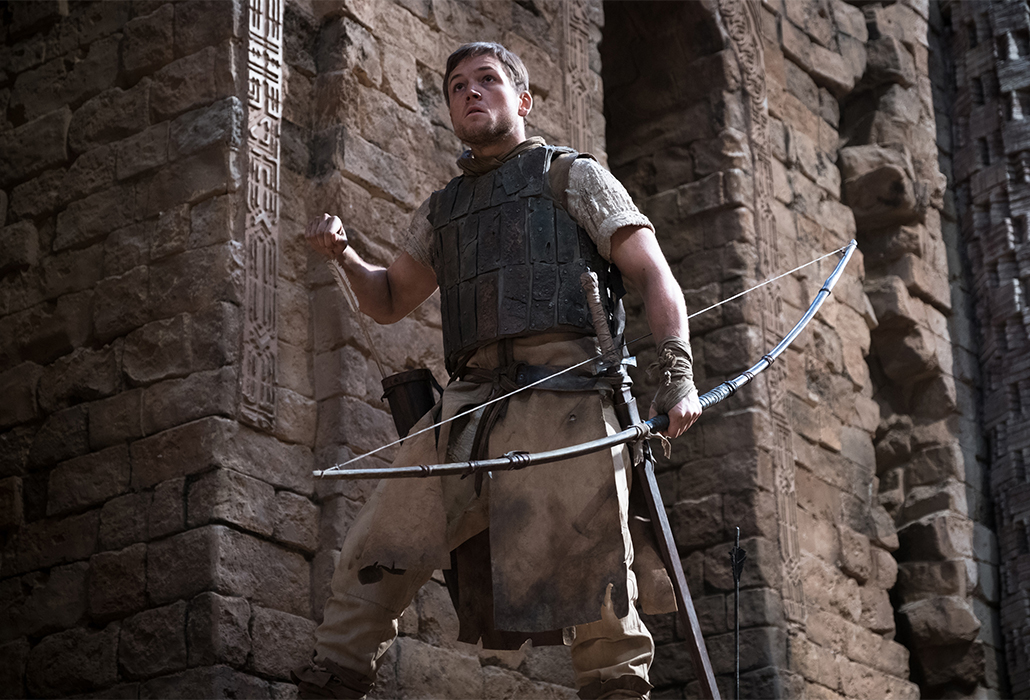 Robin “… comes back from the battlefield in Syria in emotional distress and detached from his previous life, which no longer holds meaning for him says Egerton… he finds a Nottingham he no longer recognizes, one full of appalling inequality and injustice. He tries to remain dispassionate in his solitude, but ultimately his conscience won’t allow him to ignore what he sees going on around him.” Egerton said. 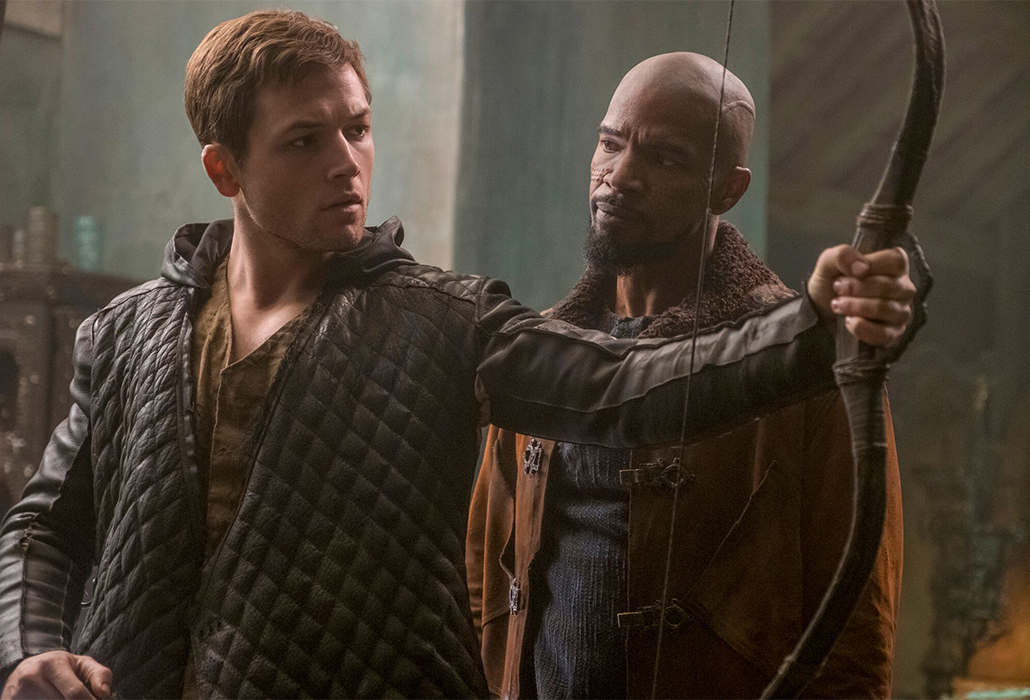 Bringing about the rebirth of a superhero meant for those involved total commitment to the storyline, challenging choreography for all the action scenes, and an extraordinary level of fitness requiring Taron Egerton to shoot three arrows every two seconds. 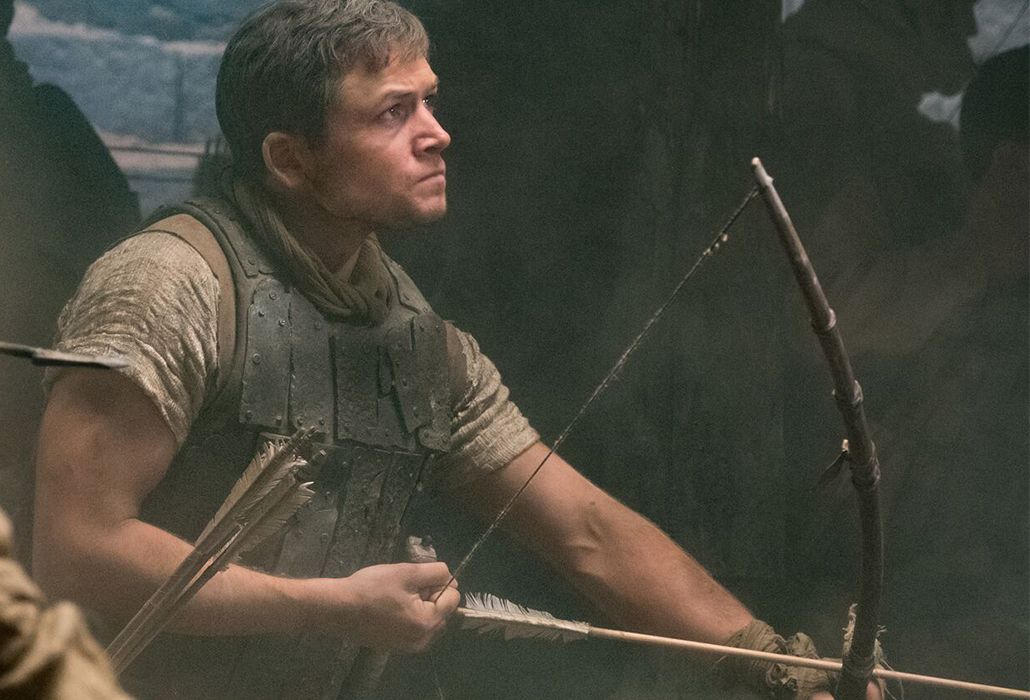 Master archers Steve Ralphs and Lars Andersen served as the film’s archery advisors and trainers for both Egerton and Foxx. They reported they had a blast working with both. “Think Rocky Balboa being trained by Apollo Creed,” muses Ralphs about the dynamic relationship that developed between the two on the set. “John is trying to make Robin quicker, faster and deadlier, so they both had to have those skills.

Jamie and Taron were absolute naturals.” 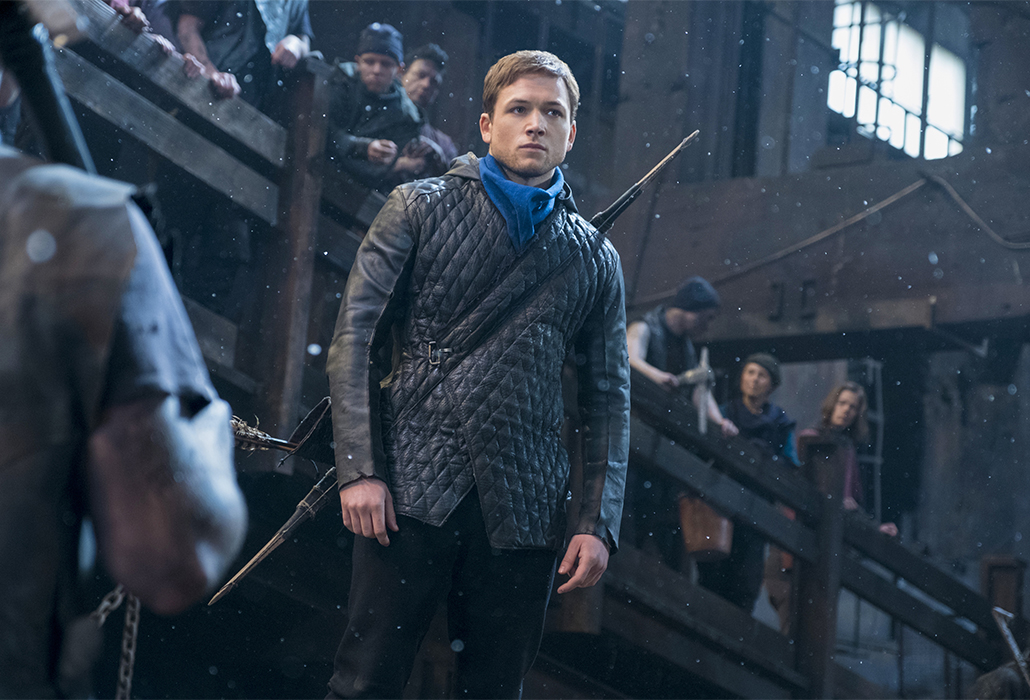 Andersen was gratified by how Taron Egerton devoted himself to becoming as speedy and accurate an archer as he possibly could.

“I wanted Taron to get to the point where it would look like archery is second nature to him, where he could as Robin just shoot an arrow from any position we wanted. And that is what happened,” he says. 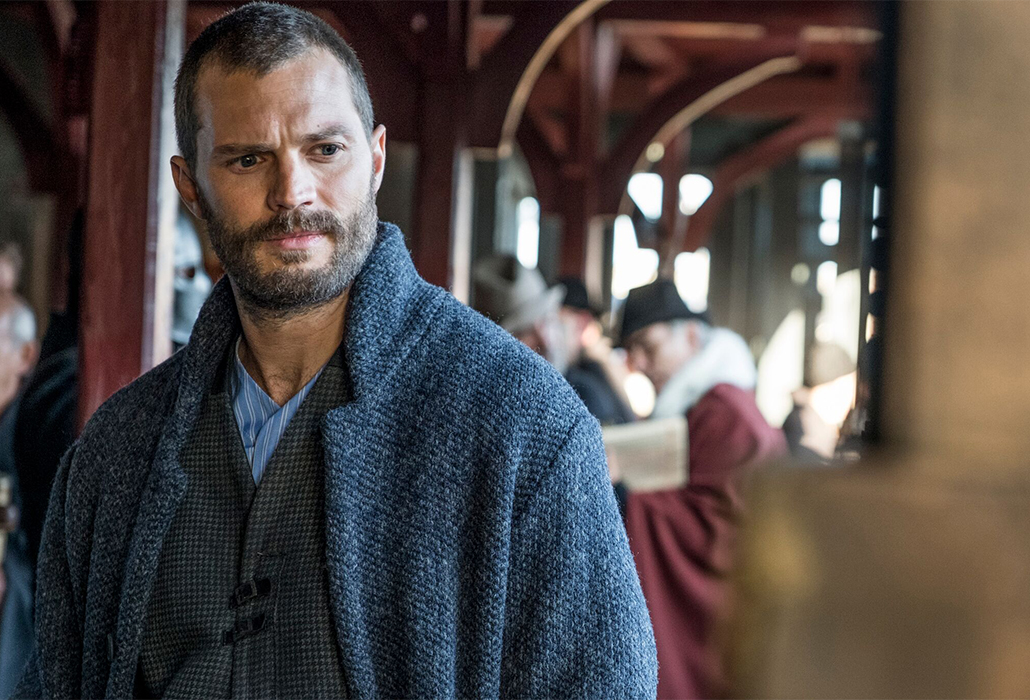 Jamie Dorman plays Will, although he’s not so scarlett except deep in his heart, where he finds himself in a real bind once Robin returns from the crusades.

Will’s character arc throughout the film is one of my favorites,” says Taron Egerton. “It’s a really great journey his character goes on and I love where he ends up. It’s very exciting and Jamie does it brilliantly” said Egerton. 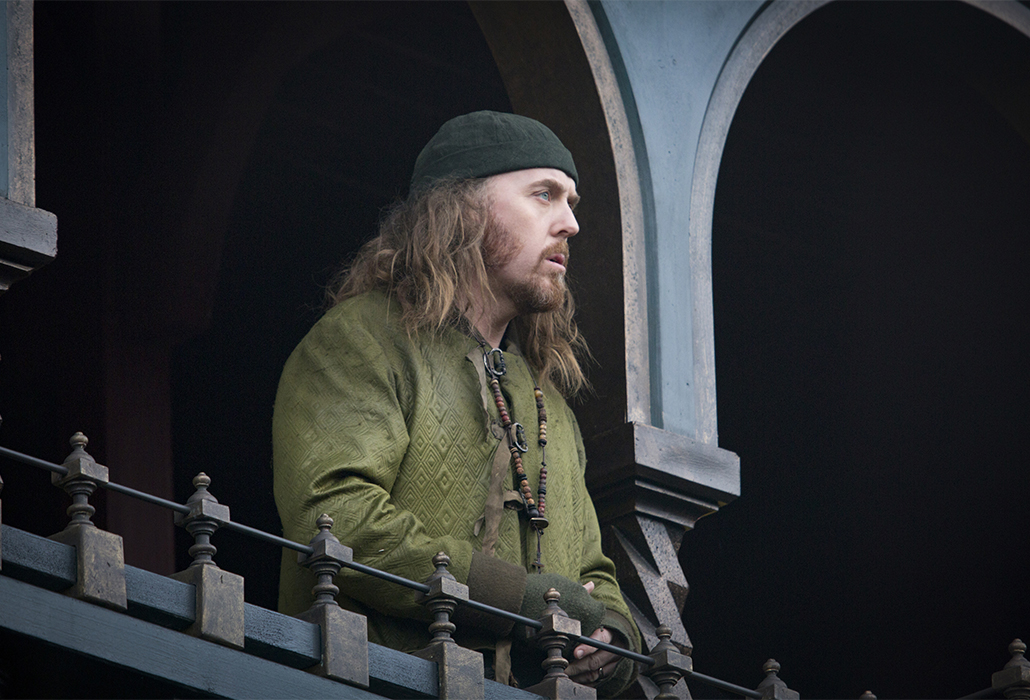 Making his film debut, Australian comedy star Tim Minchin is a rock star Friar Tuck, one very different from his fat predecessors. Cool, but with a dark side, Tuck has to sort out where his loyalties and his road ahead lie.  He is engaging, his witty repartee quite taking you down. 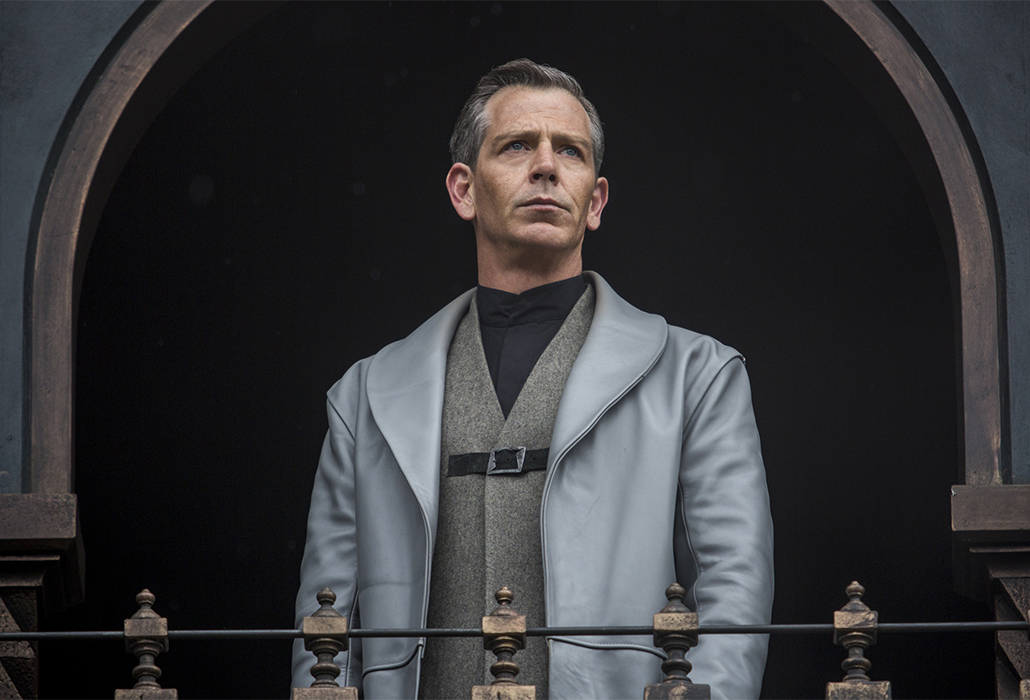 Foxx riveted by Mendelsohn’s take on the Sheriff commented “… there are those actors who just bring something really magical to the moment and he does that here.” 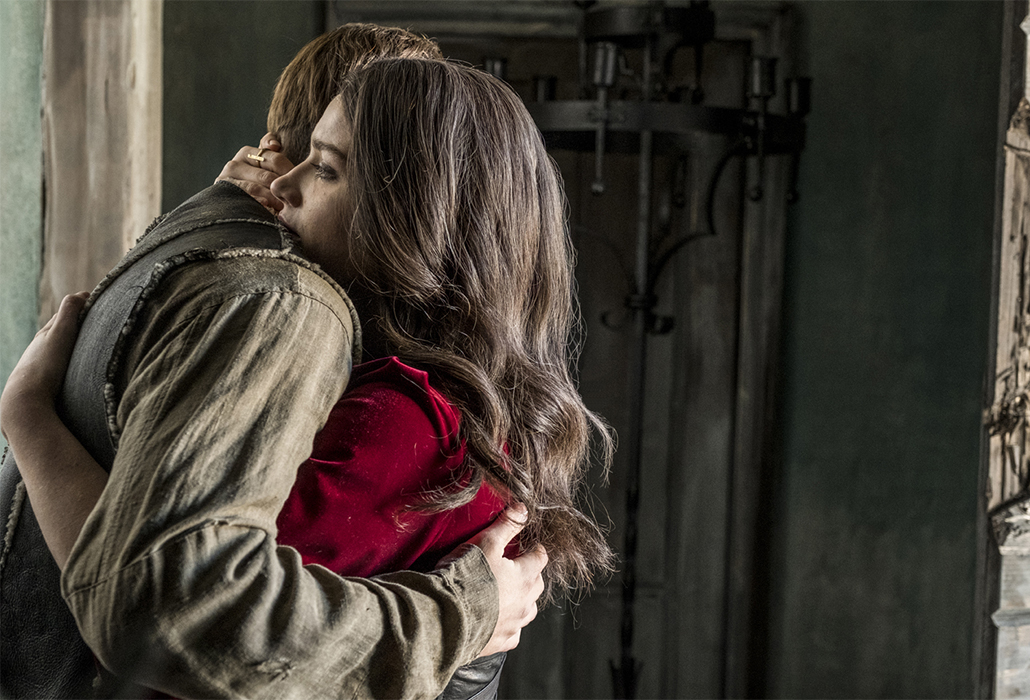 Robin Hood offers a cool buddy relationship, an element of romance, supported by a stunning movie musical score, as well as ‘… lots of death-defying action sequences’. The energy is palatable. 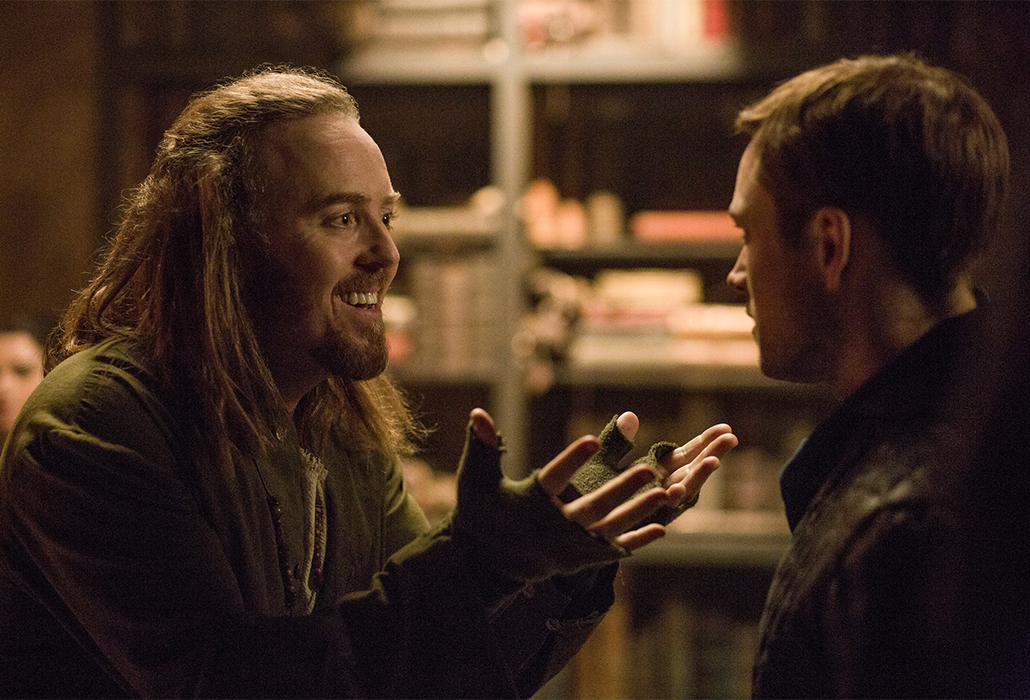 “Taron Egerton brought us that perfect mix of being someone who you really believe is going to kiss the girl and you really believe is a master with the bow and arrow, but who also does everything with a little bit of a sly wink. He’s a great actor and we knew he would be able to tackle the film’s bigger themes and carry the whole story on his shoulders says Jennifer Davisson.”

And indeed he does. I don’t know if it is because I am currently going through chemo, but I just sat back relaxed and with an open mind and went on what was for me a thrilling movie ride. Robin Hood succeeded way beyond my expectations.

BLUE, the film about a crisis in our oceans, reveals the reasons we need to become guardians of the oceans, to deliver a legacy future generations can live with