Frank, you are so square you are practically avant-garde* 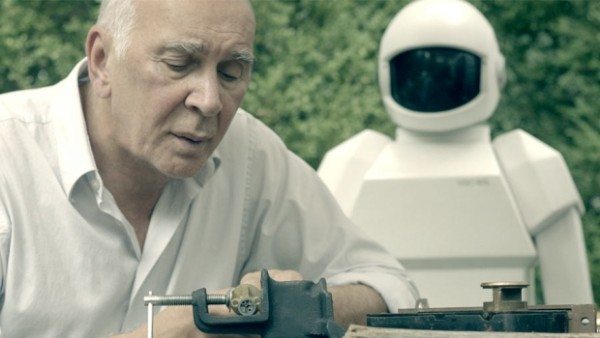 Every now and then a charming feel-good movie with a fresh voice comes along, one that strikes a chord with its off-beat story, quirky humour, wonderful script writing, brilliant acting and fabulous interaction between the characters. It seems that Robot and Frank might just be that film for 2012. This comedic drama has struck a huge harmonious chord, becoming the unexpected best buddy movie of the year. It features an aging curmudgeon, everyone thinks is losing his marbles, and a cute hunk of metal, with a memory, bonding to have the time of their lives. It is already taking off at America, being a critical success, audience darling and award-winner at Sundance Film Festival in January, 2012, taking away the Alfred P. Sloan Foundation Film Prize. The jury presented the award to the film for its “humane and prescient portrait of the relationship between an aging father and his non-human caregiver, and for raising profound questions about the role of technology in our collective future.” 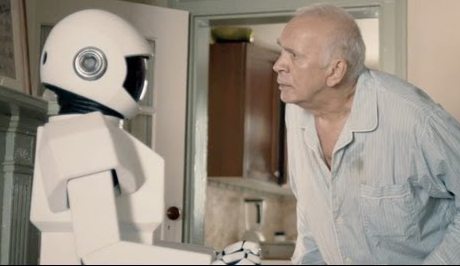 Oscar nominee Frank Langella, has become an iconic star in recent years, mainly because of his brilliance in the 2008 movie Frost/Nixon. He has been around a long time and over the years has always been entirely engaging whether appearing as Nixon, Dracula or Sherlock Holmes. In Robot and Frank all the critics report that he gives an ‘impeccable’ performance, which sounds very much like a pre-cursor for next year’s Oscars nominations.

If the trailer is anything to go by it looks a sheer delight. Frank plays Frank, an ex-jewel thief, alongside a captivating robot, who remains nameless. 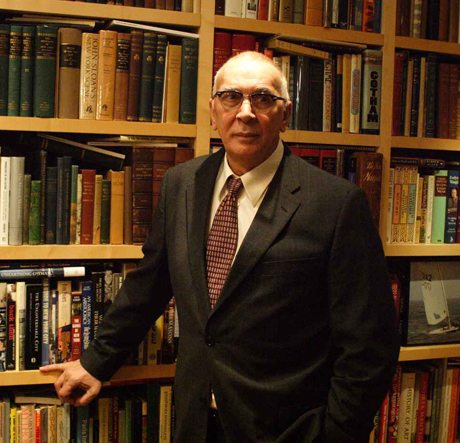 Set in the not too far away future, the life-size Robot has been given to him by his son to help him get through his day, fix his diet and aid his wellbeing. Hunter (James Marsden) and his sister Madison (Liv Tyler) are worried about the old boy, who has isolated himself and lives his life in seeming disarray. Voiced over by Peter Sarsgaard, Robot has a goal of improving Frank’s health. But sometimes that is not just about eating. So can Robot fill that gap too?

Frank has, at least up until Robot’s arrival, spent most of his day reading or visiting the local library. And all the interviews with Frank Langella himself reveal that he’s a great book worm himself, so he would have had no difficulty getting into character. Frank declares to Robot that he would rather die eating cheeseburgers than live off steamed cauliflower. This unlikely pairing happens in what is a very special movie all about making connections and establishing relationships, whether you are young or old. With a well-planned jewellery heist thrown in for good measure, a feisty new crime duo is born and the prospects ahead start looking bright again. But can they succeed? 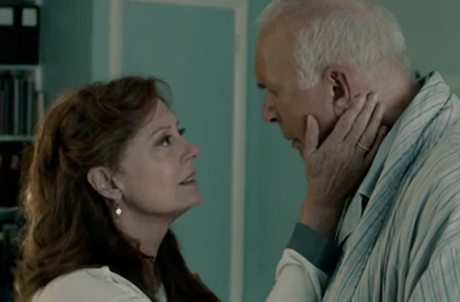 The always brilliant Susan Sarandon is Jennifer, the cool local librarian that Frank is leering at over the counter. She is, as everyone else is, completely won over by Frank’s charm. The fun begins when Frank, despite his stubbornness, starts to take a liking to the Robot who gives him a daily enema, and changes his life dramatically.

Frank misses the adrenalin rush of the old days and so he frankly discusses them with his new found friend. He finds out that Robot has the ability to not only understand, but also to help him plan the most calculated of all jewel heists. The two then come together to meticulously plan a new caper. The Robot is so clever and so perfect at the tasks Frank sets him that Frank believes gleefully that they are both going to ‘clean up’.

But what is the target going to be?

The answer comes when Frank goes on a first date with Jennifer to a party thrown by Jake (Jeremy Strong), the new totally obnoxious new head of the library, who wants to make great changes. He is throwing a glamorous fund-raiser and Frank and Jennifer dress up and go along, only to find that while they are the most ‘avant garde’, they are also the oldest people in the room. 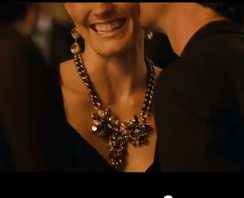 These people are all ‘loaded’ Frank observes, because the young women are all decked out in masses of jewels, glittering gloriously under his re-awakened gaze. 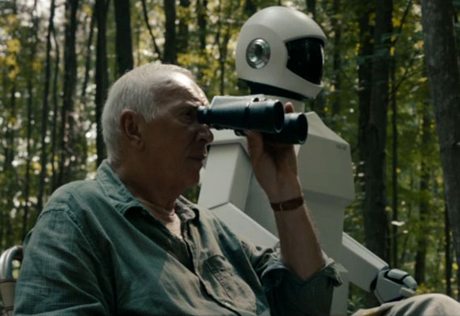 Cut to the chase and Robot and Frank are staking out Jake’s swanky house up the road to plan just how they are both going to proceed.

Then suddenly the cops are pounding on Frank’s door as he frantically tries to burn all the physical evidence of their carefully calculated plans.

Tantalizingly the trailer leaves us to wonder whether the terrific two have actually carried out the robbery in reality, or was it only a pipe dream carried out by others and these two charmers are about to cop the blame?

Frank hadn’t felt so good in years, but now they are both being passionately pursued and Robot’s memory, well it could be used against him. So they have to make a quick getaway in Frank’s car. *Jake to Frank, in Robot and Frank

The ACO described as “… the best chamber orchestra on earth” are touring Tognetti’s Beethoven Canberra, Melbourne, Perth and Sydney from 26 Oct – 3 Nov, 2014