A perfect harmony of notes were born through the interaction of man with his natural world from antiquity right through until today. As a tribute to the renaissance for 17th and 18th century Baroque operatic and vocal repertoire currently happening all around the world, The Pinchgut Opera, in keeping with their promise of offering a different experience of opera to Sydney audiences, will present its twelfth production in December 2013 in the splendid acoustic of the Angel Place Recital Hall at Sydney.

Il Giasone is a rare and wonderful work by Italian ‘Baroque’ composer Cavalli (1602-1676). The show will feature the pure-voiced Australian born internationally based ‘guy who sings high’ David Hansen as Jason, the ancient Greek mythological hero, he of Golden Fleece fame.

Gaining in popularity in recent years, both with the public and music professionals, the role of Jason calls for a countertenor voice, which is today finally being given back to male singers in modern opera productions, rather than as previously, to soprano singing women wearing trousers.

Hansen is one of those rare individuals who has been both accepted and celebrated as an important player on the world stage of music in what can only be described as a new era of matinée-idol rock star countertenors. Gone is the overweight unhealthy looking tenor or the fat temperamental diva of yesterday. This new era has ushered in the sleeker singer, one whose body fitness and good health are of prime importance for the production of a wonderful voice that provides audible pleasure as it captivates audiences.

David Hansen’s voice has both beauty and power. His peers, like the French countertenor Philippe Jaroussky, acknowledge that he can sing higher than any of his colleagues, right up there in the celestial realm.

Hansen displays wonderful self-assurance and is always dazzling when he strides confidently on stage letting loose with his bravura technique, one that is extremely musical. His voice has great range and strength, excellent agility and extraordinary versatility.

Ancient Greek theorists held that the entire cosmos vibrated with the harmonies audible in music, it was so heavenly that it had magical properties and you can believe them when you hear the long-sustained rich notes Hansen unleashes right up high where they resonate gloriously, reflecting his unique gift of special beauty.

He performs with innate sensitivity and with such a beauty of tone, style and purity that at times it makes you enter a whole new realm of pure delight; it becomes a poetic experience, one that guides your personal journey into a place of acoustical magic where just like the ancient Greek legendary musician, poet and prophet Orpheus, whose music it was said stopped the flowing of rivers, moved mountains, and becalmed savage beasts, it comes quietly and gently to rest in a place that can only be described as sublime. David Hansen conquers the world, is a headline that first appeared after he had sung in 2010 at Oslo where he now makes his home. David performed in Norway for the first time in 2007 in the role of Tolomeo in Handel’s supreme experience in opera Giulio Cesare.

Works by Georg Friedrich Handel [1685-1759] and noted maestro and teacher of singers Nicola Antonio Porpora, as well as those by Antonio Lucio Vivaldi (1678-1741) linger long in the memory. They composed some amazing operatic works between them all featuring the countertenor voice.

Today Hansen performs often in Norway, alongside his ever increasing international engagements, collaborating with other artists and orchestras across the globe.

His art has achieved a purity of style that is for many quite simply beyond belief.

Music of renowned excellence, continues to offer a sound that connects with the human soul to soothe, to motivate and lift it up to a place of grace and contemplation. It is about the perfect harmony of notes that were born through the interaction of man with his natural world from antiquity right through until today.

During the ‘Baroque’ period of music in Europe works were often composed for an emasculated man, playing the female role. As ‘primo uomo’ and hero of the stage, the castrati’s excellent technique seemed often far more important than the synopsis of the opera.

Referred to as nightingales, their vocal dexterity was a key to their success until society outlawed the practice of castrating young boys to keep their voices high, one that lasted from the 16th to the 19th century, the last castrati only dying in 1922. To be a countertenor today is to appreciate that performance does not depend on physical protuberances. Instead it is all about our humanity, and what we have within. David Hansen has gained a formidable reputation, carving out a niche place for himself while performing regularly all over the world in operas, concerts and recitals.

Born at Sydney, David Hansen completed studies at the Sydney Conservatorium of Music before making his European debut in 2004 at the Aix-en-Provence Festival. This was followed up by select concerts in the UK that made operatic critics sit up and pay attention. After nearly a decade now, his performances have become almost as legendary as the hero he will play later this year for The Pinchgut Opera.

His recent appearance and solo recital at Leo Schofield’s wonderful Hobart Baroque festival in Tasmania, produced superlative reviews, most of those listening to his dulcet tones unable to find enough words to adequately describe how thrilling, deeply satisfying and amazing his performance really was.

In The Pinchgut Opera’s 2011 production of Vivaldi’s opera Griselda, David Hansen electrified audiences with the range and brilliance of his mesmeric stage presence. So it’s no wonder they have invited him back for more. 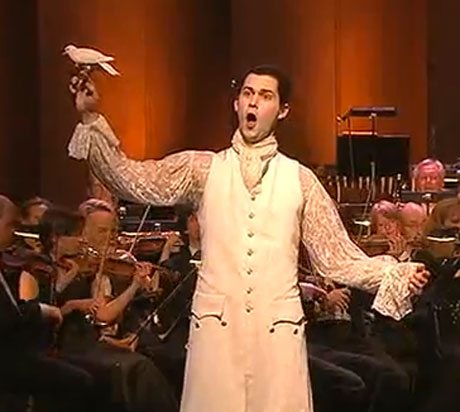 Il Giasone by Pier Francesco Caletti-Bruni, called Cavalli is above all an entertaining story, which has both serious and comic elements. It was a hit tailor made hit for its original Venetian audience.Mid seventeenth century Venetian opera was full of melodrama and bawdy humour, and fill with castrato singers flamboyantly re-imagining the heroes of classical times.

The style of opera Cavalli composed and is renowned for required a mixture of both the dignified and the demented. It that is the case for Il Giasone then we are all in for a rollicking good time.

Shows generally required three acts, the first and second ending with dances and a ‘happy ending’ always highlighted with a love duet, an emotional high point so that audiences were both entertained and left in awe.

Cavalli is acknowledged as one of the composers who ‘perfected the transition from recitative to aria; the thrilling transformation of musicalized speech into song’. He also incorporated laments into his work.

Featured frequently, they were often turned into political statements current at the time. Our Canberra politicians are currently providing a great deal of dramatic potential material for the Pinchgut Opera interpreters to use in their production, which traditionally now takes place in the first week or two of December, During the 17th and 18th centuries in Europe bold harmonic forms combined with effortless elegance in music that was delicate, poetic and decorative.

It was meant to charm, entertain, and move without tears and violent passions, plunging the very depths of the spirit and soul.

Handel’s Giuliio Cesare in Egitto (Julius Caesar in Egypt) was composed in 1724. In a scene where the great Cesare finds himself lovestruck, he launches into the aria “Se in fiorito ameno prato” – “If, in a delightful, flowering meadow.”

He doesn’t however sing alone as Handel cleverly scores a solo violin to partner with him, playing the part of the songbird referenced in the text.

With a great sense of the emotional depth of the moment, David Hansen performed the charming Se in Fiorito on stage with a live dove and Øyvind Bjorå echoing him beautifully on the Violin at the Gala for the annual Menuhin Competition in Oslo in 2010. The performance was attended by the King and Queen of Norway and he received great acclamation.

The pure sounds and the joyous music of the Baroque ongoing is for me always a delightful prospect. When it is performed by a superb countertenor such as David Hansen, whose sublime sounds have been likened to the sounds of angels from heaven, then it is all the more seductive.

The story of Jason is about the brave hero who led the Argonauts to victory in their legendary ‘mission impossible’ quest to find and secure the golden fleece off a ram once owned by Zeus, king of the Gods.

Jason wants to reclaim his father’s kingdom from an evil usurper his uncle, King Pelias and for the ancients, a golden fleece was all about future prosperity.

As we do in life, Jason has to overcome many obstacles to achieve his objective, including fire-breathing bulls and ploughing and sowing a field with dragons’ teeth. He also encounters the lovely Medea, who falls in love with him and offers to help if he will marry her. He promises and is enabled by her love.  It’s a terrific tale of hero, helper and super power, one that has been repeated since in stories and Hollywood movies right up until today.

Hansen said in an interview for ‘Limelight’ in 2011, “I was at Pinchgut Opera’s first production, of Handel’s Semele, as a student and remember thinking, “Thank goodness we have someone brave enough to present these rare but fantastic operas in Australia” said Hansen.

Like many other people who love great voices, I will be beating down the door to gain my ticket for this year’s gem of performance, part of the tradition of renowned excellence now associated with all Pinchgut Opera productions. How lucky are those who attend. It’s sure to be a booked out season. 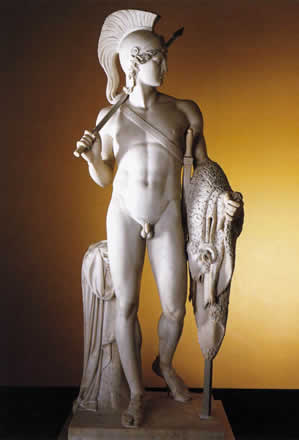