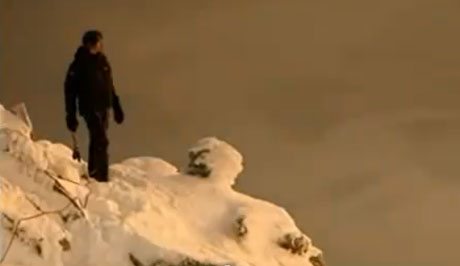 Just like Lord Byron was a nineteenth century Rock Star Poet of his generation Professor Brian Cox OBE (1968- ) is a Rock Star Physicist of ours, and a master of the ancient Greek aesthetic concept of the sublime, as opposed to the picturesque*. 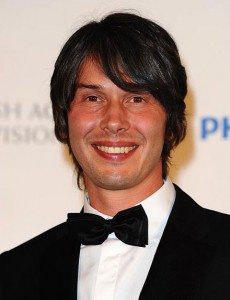 He’s like a breath of fresh air in the world of science. He is passionate about his subject, but doesn’t preach. He is very knowledgeable, but not arrogant with it. He is the perfect presenter for today, an amazing advocate for science and a worthy successor to Sir David Attenborough, who made flora and fauna his own.

At the beginning of his television series, Wonders of the Universe, Cox sets himself up for the opening shot so that we can gain anew a sensibility for the wild, awe-inspiring and stupendous aspects of nature. It was a clever thing to do. 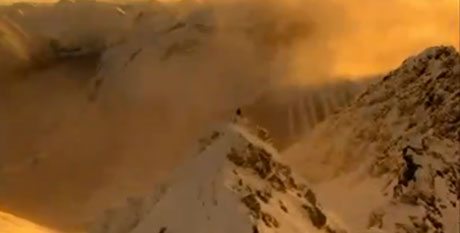 Brian Cox, barely visible in the vastness of the mountain range

He appears, much like the figure of the Wanderer above the Sea of Fog, painted in 1818 by German Romantic movement painter Caspar David Friedrich (1774-1846).

He leaves a contradictory impression standing there  in contemplative mode on a very small space atop a snow drenched mountain. In the original painting Friedrich did not allow us to see the young man’s face he depicted, so it is impossible to know what his emotions were.

Was he terrified or exhilarated? Probably both at once.

Due to the wonders of man made flight we are able to circle around Cox, who appears to stand comfortably and confidently in the silence and appear integral to the Wonders of the Universe he is about to reveal.

He doesn’t reveal too much by his expression. And, as the camera draws back we see him standing silently sveltely silhouetted against the vastness of the mountain range he has chosen to reflect the original well known image of the ‘enlightenment**’.

He allows us to wonder what it is that he represents. Is it the artifice of human civilization set against the divine creation of nature? Or, is he seeking to suggest the insignificance of himself within it? He is just like one grain of sand in the completely full hour glass of time. Time, which he explains is always moving one way, and one way only…ever forward.

The aesthetic concept of the ‘sublime‘ gained currency in Europe following a French translation by Nicolas Boileau-Despreéaux (1636-1711) in 1674 of an original Greek treatise entitled ‘On the Sublime‘. It has been attributed to a Greek author known as Longinus, who is thought to have lived either in the 1st or 3rd century (exact date unknown).

A teacher of aesthetics and literary criticism, Longinus put together a compendium of works by some fifty authors. It spans a thousand years in a panoply of Greek culture. In it the writers describe the immensity of the natural world, the stars, the mountains, the ocean as being ‘sublime’.

Brian Cox, talking on the popular British Graham Norton Show about his new BBC television series based on his new book Wonders of the Universe said recently, “It’s the story of the universe from the Big Bang, how the chemical elements got here, its progress and what its future might be,” before revealing, “This is really miserable, but we think the universe is going to end in a heat death when all the stars have gone and black holes have melted away.” One could say it was a ‘stellar line up’ on the Graham Norton Show. 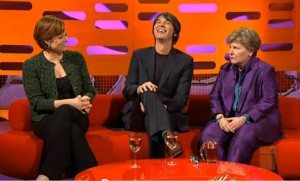 As well as Brian Cox there was American Actor Sigourney Weaver from ‘Avatar’ and ‘Alien’ as well as Danish born British comedian Sandi Toksvig. Weaver revealed that there were most likely two more movies of Avatar to follow and how happy she is to be part of James Camerons’ team.

Toksvig had an amazing Apollo star studded story to tell.

“I was 11 years old and in mission control in Houston holding the hand of Neil Armstrong’s secretary…when he stepped out onto the moon”. She explained “I was there with my father, who was covering the event for Danish TV”.

Timing they say is everything.

Brian responded “I was born in 1968 at the tail end of Apollo, science fiction merged in and I couldn’t tell the difference. Star Wars came along and then Alien, which made a huge impact on me. It was one of the first films I saw on the big screen and it’s my favourite science fiction film to this day.” 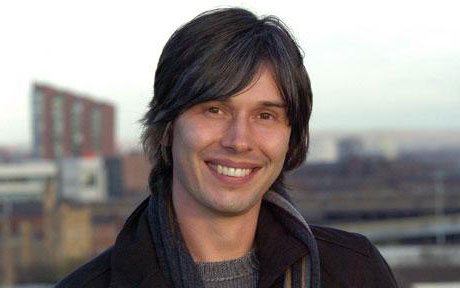 Granted an OBE in the Queen’s Birthday Honours in 2010, with a winning smile, charming manner and named one of the sexiest men in the world by People Magazine, Professor Brian Cox, has a lot going for him. In the ’80s Cox was a keyboard player with the English rock band Dare and played on their Out of the Silence album, before earning a first class honours degree in Physics and becoming a particle physicist.

Currently he works at ATLAS, which is a particle physics experiment located at the Large Hadron Collider at CERN, the European organization for nucleur research. He also teaches at Manchester University in the UK and, as part of his media career, explains particle physics to all of us with great enthusiasm and complete clarity.

In Wonders of the Universe Brian Cox asks who are we? Where do we come from? And, his answers, which are very different to that of religion and mythology, are provided by science. They are both beautiful and more profound than we could have ever imagined. He also proves his unique ability to convey complex concepts in a simple format that many people can understand. In the first episode he explains the theory associated with the law of entropy, one of two fundamental laws of physics, using only a pile of sand and a sand castle. It is all such brilliant stuff. 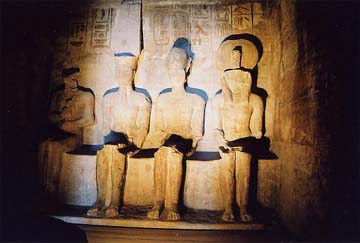 To ensure that we understand the nature of time, in relation to the universe, he takes us on a journey to view thirteen sighting towers in Ancash State, Peru. The 2,500-year-old solar calendar at Chankillo, uncovered only as recently as 2007, was built by a civilization of which very little is known.

The towers were designed by the ancients to highlight the rising sun between their divisions. As the sun moves left to right along the row of the tops of the towers, starting at the summer solstice and ending with the winter solstice, it provides a calendar. At Peru, this rare archaeological treasure was discovered by Iván Ghezzi and Clive Ruggle, who admitted being ‘gobsmacked’ by its survival.

The mathematics involved is similar to that of ensuring the sun shone through the door to the temple at Abu Simbel in Egypt, along the Hypostle Hall and illuminate the seated figure of Pharaoh Ramesses II and three of the Egyptian Gods. This happened each year on the day of the Pharaoh’s birthday and day of his ascension to the throne of Egypt.

Cox also helps us to understand that the most epic cycles of life can’t begin to compare to the vast expanse of cosmic time. For instance, while the Earth orbits the Sun, the Solar System orbits the Milky Way. This last amazing orbit takes a staggering 250 million years to complete. If ever we wanted to know just how insignificant we really are on the stamp of time, well this is it, a moment for experiencing true humility. 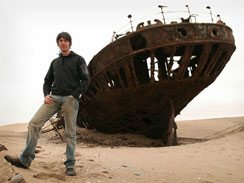 An image of Brian Cox standing in front of the prow of the remains of a wrecked ship from early last century, which is caught fast in the sands of time by the Atlantic seaside on the coast of Namibia, is also compelling. In this completely ‘god forsaken’ place he explains the strength of the current coming onto the shore won’t allow anyone dashed onto it in a ship to get back out to sea. In every other direction are the shifting sands of the Namib desert. So this spot on earth is the most perfect example of the most desolate place of death, which for everyone in the Universe we find out later, will be earth’s final frontier.

Brian Cox’s first TV series, Wonders of Space, spawned a whole new generation of sci fi and space enthusiasts and the Wonders of the Universe is sure to do the same. Cox said in an interview recently “If people ask you what you do for a job, and you say, ‘I explore the Universe as it was a billionth of a second after the Big Bang,’ – he said “that’s sexy!”

Seems appropriate for one of the sexiest scientific men alive to say, one who quite literally spends most of his time completely out of this world.

Watch the Trailer for Wonders of the Universe

During the eighteenth century at London new ideas were challenged and debated amongst members of the Kit Cat Club, whose select coterie of dilettanti assembled regularly to dine, exchange views and propose suitable “toasts” to exalted beauties and life. The members were influenced by many and varied essays on the subject as well as their Grand Tours of Europe on which they had seen paintings representing idealized landscapes blended in a pictorial effect. Intellectual and poetic notions played their part in the broadening of sensibility so that buildings came to be appreciated not merely as architecture, but for the pleasurable or fearful thoughts and feelings they inspired. This vision, known as the ‘cult of the picturesque’, was debated well into the next century.

the era in western philosophy when intellectual, scientific and cultural life, centered upon the eighteenth century. It was also known as the Age of Reason, reason being advocated as the primary source for legitimacy and authority.