Animated to capture our attention, what an extraordinary skill it is for any one person to create a three-dimensional image at first in their mind’s eye and then construct it from substances gleaned from nature.

Such a sculptor was Francois-Auguste-René Rodin (1840 – 1917) one of the world’s faithful interpreters of his own perceptions, working during the age of Modernism. Balzac, The Thinker, The Kiss and The Burghers of Calais are but a few of his sculptures well-known today. Phidias showing the frieze to his friends – Lawrence Tadema

Perhaps lesser known is that all his original works were inspired by the extraordinary sculptures of ancient classical Greece, and most especially those of Athenian Sculptor Phidias (also known as Pheidias).

Phidias was the ‘artistic director’ if you like, of the construction of the Parthenon on the Acropolis during the fifth century before the Christ Event at Athens, and the now famous sculptor of the Parthenon marbles.

In fact, you could say Rodin was obsessive at studying them and I can understand why. From the ancient Greek sculptors Myron, Phidias, Polykleitos, Praxiteles, Lysippus, and Scopas to Michelangelo, Bernini, Canova, Rodin and here in Australia Bertram Mackennal and Robert Klippel, sculptors are my heroes.

Rodin didn’t want to copy the ancient masters, but instead wanted to be uplifted by their presence. This attitude ensured that he produced splendid Art at the Pinnacle of What is Possible just as his predecessors in antiquity had achieved, but all his own work. A new exhibition Rodin and the Art of Ancient Greece starts at the British Museum in London April 26 – July 29, 2018.

The Museé Rodin at Paris is lending many works, with some eighty (80) in marble, bronze and plaster on display, alongside sketches by the master craftsman, providing insight into the sculptures of an artist perhaps everyone thought they knew!

Catherine Chevillot, Director of Musée Rodin at Paris, said “This British Museum exhibition, which gives us a rare opportunity to measure Rodin’s work against that of his idol, is also an opportunity to assess the extent to which these mythical reliefs still act not only as an artistic benchmark but also as a yardstick by which to judge human civilization.” The Greek world was always much more than the area we now know as Greece. In the fifth and fourth centuries before the ‘Christ event’, it extended from Spain to Syria, and from southern Russia to the coast of Libya.

It was 1881 when Rodin first visited the British Museum and from then was hooked. In 1902 he said, “in my spare time I simply haunt the British Museum” and did so until his death in 1917. The idea of the exhibition is to draw a connection by showcasing Parthenon sculptures and Rodin’s work together emboldening the viewer to see and understand just how important knowledge of antiquity and its treasures has been to artists down the centuries.

Athens is the place where five centuries before the Christ event many believe artisans and architects convened a meeting between human and divine.

Exceedingly glorious, orator and general Pericles (495-429 BC) beautified and protected his city, showcasing its glory and bringing prosperity to its people. He fostered democracy with such a passion his critics called him ‘populist’. A nobleman with inherited wealth Pericles had the vision and power to create a new Athens, one that would become the envy of the ancient world. He put in place a grand Hellenic confederation in an endeavour to put an end to mutually destructive wars. A thirty year peace with Sparta aided his plans and during the piece some 40,000 citizens (all men) supported Pericles’ ambitious building programs.

He transformed public architecture and the construction of splendid monuments turning Athens into the first real ‘capital’ of the ancient world. Archer on the Acropolis at Athens, painted in original colours

The works taking place on the Acropolis during the age of Pericles, represent a high-water mark of sculptural art and poetic notions in stone, the remains surviving to tempt us to imagine just how wonderful they were originally.

The quality and aesthetic reality of the sculptures on the Parthenon frieze by Phidias reflect the artistic genius that abounded in Athens in his time. Phidias reputedly had seen the exact image of the gods and is said to have revealed it to man. He established forever general conceptions of the Gods Zeus and Athena.

The figures on the Parthenon frieze are the culmination of generations of experimentation for carving realistic figures in stone and the artisans achieved a breath-taking vitality. We have an advantage over the ancients as they were not able to view the sculptures at a convenient height and through computerised technology, we can read the story of the frieze as a whole.

Design for the exhibition has been conceived as inspired by Auguste Rodin’s home and studio in Meudon, just outside Paris from where he used to make his regular forays into England. 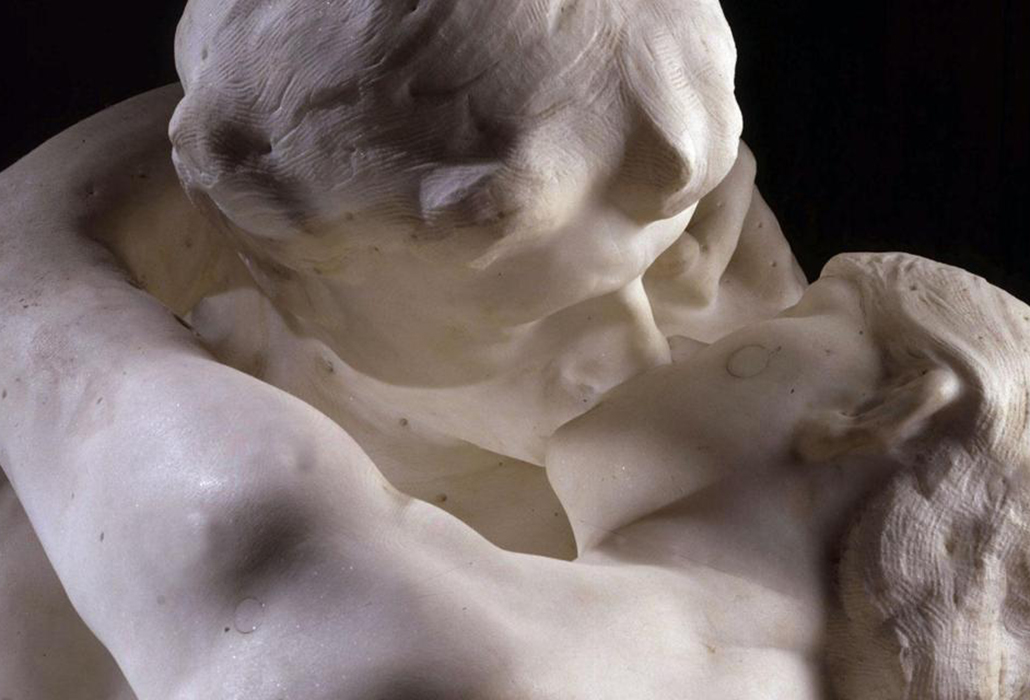 The British Museum is borrowing an important version of The Kiss from the Musée Rodin, a plaster cast of the first marble example. It is the version Rodin displayed at exhibitions during his lifetime and from which many others were copied. 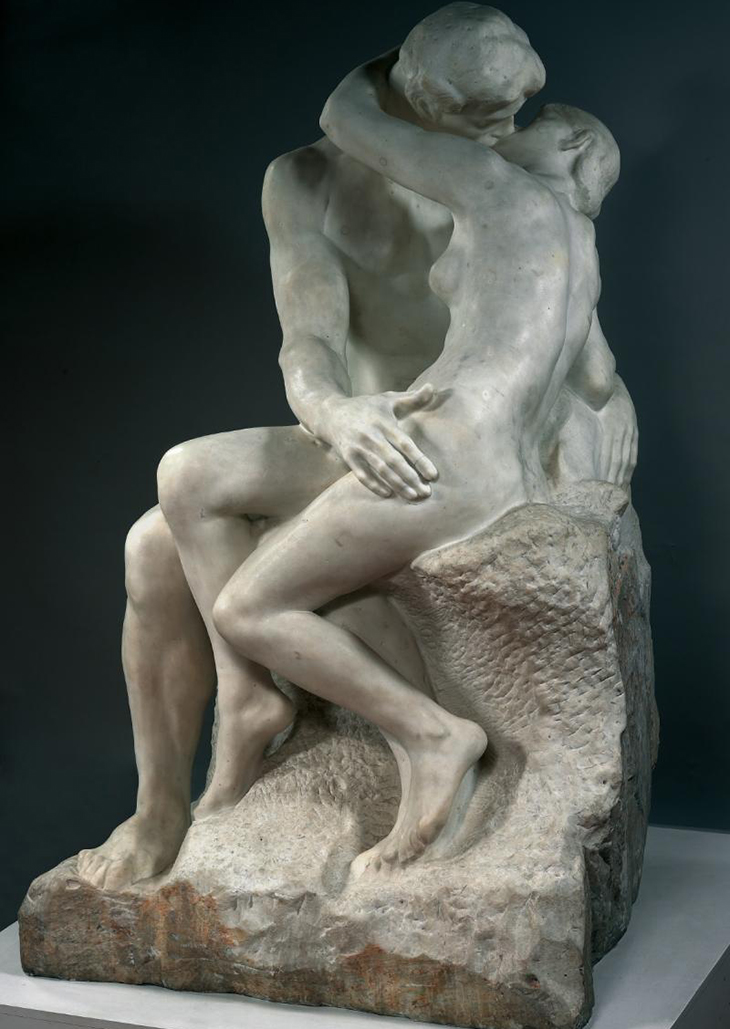 It was inspired by a sculpture of two female goddesses, which used to adorn the east pediment of the Parthenon. The Kiss is, just as the goddesses are, carved from a single block of stone with one figure melting into another. Seeing them together should be a wonderful experience. Ian Jenkins, exhibition curator at the British Museum, said “Like many ancient archaeological sites, the Parthenon and its sculptures had been damaged and weathered over centuries.

Rodin, however, took inspiration from the powerful expression that they conveyed through the body alone, as many of them were headless.

He even removed the heads and limbs from his own figures to make them closer to the broken relics of the past. By doing so, he created a new genre of contemporary art – the headless, limbless torso.”

Trained in the traditions of eighteenth century art, captivated by the works of Renaissance artist Michelangelo amd fascinated by the works of classical Greece, sculptor Auguste Rodin certainly broke the rules and the mould in many of his works, which were in their time often controversial but always entirely captivating. Rodin and the Art of Ancient Greece