Once in a while, a very special piece of fashion comes along.

A frock so fabulous, that it suits every body type.

Be it hourglass, pear, apple or column.

So what is this feat of fashion engineering, and how does it make every woman look like they have the perfect body?

Why it’s the Galaxy dress!

From the imagination of designer Roland Mouret, sprung a design feat so flattering that it was an instant sensation when it made its debut in 2005.

Since then it has been worn by countless celebrities, and I dare say, copied by many a high street chain store. In 1998 he launched Roland Mouret Design and made his debut at London Fashion Week during the Autumn-Winter 2000 season.

All about drape, Mouret likes to work closely with the body rather than sketching his designs. In 2005 he designed “the” dress that would grace, what seemed like, every celebrity for the next few months.

Such was the popularity of the Galaxy dress, it was literally out of this world!

The essence of his success, he insists, is the physicality of knowing how a person wants to undress.

“Dresses are for undressing. We all dress up to undress.”

In a sad twist, less than 2 months after the dress made it’s runway debt, Mouret split with his financial bakers citing managerial differences.

He took a two year hiatus from designing before launching his own label RM by Roland Mouret.

He had to use this moniker because he had lost the rights to his name in the legal wrangle.

He did however, buy the rights back in 2010, which for anyone losing their name must have been a great relief.

Gaining one’s identity back is a huge thing.

It’s all part and parcel of who you are, as a person and a creative.

In 2014, he collaborated with U.S retail giant Banana Republic for a one off collection.

Extremely lucky for us mere mortals, I would have loved to have snapped up one of these highly affordable pieces. So what is the power of this frock? The galaxy dress works for so many reasons.

Lets start from the top.

The neckline is fabulous.

Creating a frame, it elongates the neck and draws the eye upwards towards the face. 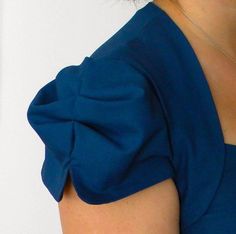 Angling in slightly towards the shoulders with a puckered cap sleeve it shows the décolletage to it’s most flattering.

The cut of this dress is simply genius.

I have seen all different hemlines, but I have to say, mid-length for me is where its at!

It also works in a myriad of colours.

I adore Naomi Watts in the petrol blue version, and the addition of the stick pin brooch, adds a touch of individuality.

Her hair is divine, and the pointed toe pumps are an excellent choice.

Strong hues for an architectural style are a perfect fit, just like the dress itself.

I think the 1940’s feel of this garment is what is so attractive about it.

At a time where women were coming into their own, a sleeker, unfussy silhouette was the look du jour. Mouret has captured that feeling in fabric.

Naturally the galaxy dress isn’t the only look Roland has designed, but it certainly put him on the fashion map. So will we still be loving this sublime frock in another ten years? I think so.

It’s an absolute classic go to dress that makes any woman look and feel fantastic.

The galaxy is a vast place with infinite possibilities, just like the dress.

How could you go wrong?

It’s that time of year again where I look back and dissect my favourite looks for the year. Who made the cut? Let’s find out. There have been some fabulous looks this year and designers have outdone themselves, we have seen some fantastic trends too. I just adore Poppy Delevingne….