Fashion has always been an essential component of everyman or woman’s life. At the courts of England, and indeed out and about in society for over the last five centuries, fashion has conveyed messages of political and personal status and the social position and wealth of men and women of power and perception, influence and style, just as it did in the courts of antiquity.

The fashion of the Tudor and Stuart monarchs will be showcased at Holyroodhouse in Scotland from 14th March to 20th July next year. In Fine Style: The Art of Tudor and Stuart Fashion, one of a series of nine exhibitions currently being offered by The Royal Collection Trust to be held in Queen Elizabeth 11’s galleries at Buckingham Palace, the Palace of Holyroodhouse and Windsor Castle in 2014.

Paintings, drawings and miniatures from the Royal Collection as well as a number of rare surviving examples of clothing and accessories, will be used to explore the style of the Tudor and Stuart celebrities.

Since the reign of the Tudor and Stuart monarchs, in particular Charles 1 of England, the Royal Collection of costume and both fine and decorative arts has been growing steadily. It began really when Henry Tudor defeated Richard III at Bosworth Field in 1485, bringing to an end a series of dynastic civil battles for the throne of England that had begun in 1455. Henry VII (1457-1509) was a quiet unassuming man with a wry sense of humour, who proved to be an administrator of outstanding ability. Henry’s initiatives, included establishing significant trade links abroad. He was so successful, that from then on England fast became a nation and market of importance on the world scene. On his accession the royal Treasury was empty. By the time of his death in 1509 it contained several millions, such was his endeavour and enterprise.

Very little survives today in the Royal Collection from before the age of his son King Henry VIII (1491-1547) James VI of Scotland who on the death of Henry VIII’s daughter Elizabeth 1 became James 1 of England (1566-1625) and continued the trend.

From costume to comic art, poets to photographs and people to painting, all the shows on view in 2014 are about highlighting the contribution of the monarchy. They put the case for its significant input to the continuing development of the political, social and cultural landscape of Britain.

Charles 1 (1600 – 1649) championed the arts. He was a passionate collector of paintings and even though most were sold off following his execution, many were recovered after the Restoration of his son Charles II (1630 – 1685) to the throne in 1660. He abandoned puritanical coldness, established in Cromwellian England when he brought French influence to the court in every aspect of the arts. As the seventeenth century grew to a close in France, the strict ceremonial aspects of court life that had been slowly built up by Louis XIV limited the extent of individual caprice in dress.

The disappearance of petticoat breeches after 1678, marked the end of a period of splendor and pleasure.

There are an abundance of ‘Treasures from the Royal Archives, a show starting in May and running through until January 2015, will have on view ‘an unparalleled range of material’ held in the Round Tower at Windsor Castle since 1914, and the advent of World War 1.

Diaries, correspondence between family members will all be displayed in a landmark exhibition.

After the Tudors and Stuarts the next significant period of collecting art and wonderful objects was during the Georgian Age (1714 – 1830). This period marked the point in history in England where the ‘age-old balance between the town and the countryside still held’.

Great Houses originally intended as settings in which one could entertain one’s equals and if fortunate, one’s superiors were now developed as showplaces so that the aristocracy could impress their supporters and connections and establish themselves as leaders politically and their families as arbiters of style and taste. The whole ‘look of England’ would be transformed during the eighteenth century by the architectural and landscaping design giants of the new age as Intellectual and poetic notions played their part in the broadening of sensibility.

This was a time when buildings came to be appreciated not merely as architecture, but for the pleasurable or fearful thoughts and the feelings they inspired. England was in the grip of ‘the cult of the picturesque’.

High spirits were the order of the day and in a display of the Comic Art of Thomas Rowlandson, acknowledged. This wonderful show is coming soon on 22nd November 2013 running through until 2nd March 2014 at Holyroodhouse, during which the absurdities of the fashionable will be highlighted. Doctor Convex and Lady Concave, 20 November 1802 This etching contrasts the physical stature and characters of its subjects as well as their social status - he is a doctor, she is a lady. Royal Collection Trust / (C) Her Majesty Queen Elizabeth II 2013

Thomas Rowlandson (1756-1827 was a caricaturist, water-colourist, draughtsman and engraver who flooded his age with an abundance of satirical images, some robust, some sentimental and always wittily irreverent.

Through the humour of Rowlandson’s drawings and prints, you can also imagine yourself living life towards the end of the century as George, Prince of Wales, who later became King George IV, became a central figure in the development of both fashionable and decorative style in England.

Rowlandson highlighted and exposed in print many of the double standards of the society of his day during a century that was not always elegant, stylish or reasonable.

Capturing the Castle: Watercolours of Windsor by Paul and Thomas Sandby will feature dozens of watercolours completed by Thomas and his brother Paul Sandby during the reign of George III. They are all about everyday scenes of life, including the visiting public, in the grounds of Windsor Castle.

It’s a fascinating insight into the experience of visiting the castle from that time until today.

It was King George IV’s passion for art, architecture, interiors and all forms of objet d’art that would provide the impetus and example for great change, as would his knowledgeable, scholarly and wealthy patronage. 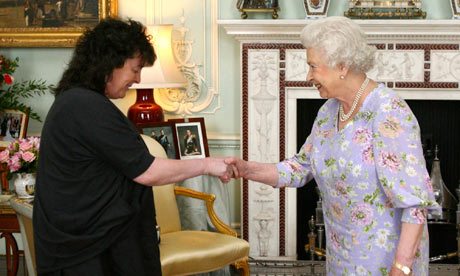 He provided the impetus for intensive creative and artistic activity that continued unabated right throughout the nineteenth century during the Victorian age and up until World War 1, when the whole world changed forever.

Particularly poignant should be the show Poetry for the Palace: Poets Laureate from Dryden to Duffy an exhibition for our time, celebrating the work of the current Poet Laureate, Carol Ann Duffy, at the half-way point in her laureateship.

The Guardian reported that it was ‘ typical of Carol Ann’s imaginative approach to developing the art, and builds on her predecessor’s democratic commitment to taking the best poetry wherever it can go’.

Shows by the Royal Collection Trust are always, to coin a Georgian phrase, ‘a great gaze’.

Gifted: From the Royal Academy to The Queen
The Queen’s Gallery, Buckingham Palace
1 November 2013 – 16 March 2014

Capturing the Castle: Watercolours of Windsor by Paul and Thomas Sandby
The Drawings Gallery, Windsor Castle
7 February – 5 May 2014

In Fine Style: The Art of Tudor and Stuart Fashion
The Queen’s Gallery, Palace of Holyroodhouse
14 March – 20 July 2014

Treasures from the Royal Archives
The Drawings Gallery, Windsor Castle
17 May 2014 – January 2015

Poetry for the Palace: Poets Laureate from Dryden to Duffy
The Queen’s Gallery, Palace of Holyroodhouse
7 August – 2 November 2014

The aims of The Trust are the care and conservation of the Royal Collection, and the promotion of access and enjoyment through exhibitions, publications, loans and educational programmes. Royal Collection Trust’s work is undertaken without public funding of any kind.

The Royal Collection is among the largest and most important art collections in the world, and one of the last great European royal collections to remain intact.  It comprises almost all aspects of the fine and decorative arts, and is spread among some 13 royal residences and former residences across the UK, most of which are regularly open to the public.

The Royal Collection is held in trust by the Sovereign for her successors and the nation, and is not owned by The Queen as a private individual.

Tognetti’s Mozart, will play nationally in Australia, from the 2 – 16 February 2013 and feature the leader of the Australian Chamber Orchestra, Richard Tognetti (1965). His recordings of this, so many people’s favourite classic composer, are internationally lauded as ‘some of the best on offer’. The consistency and the…