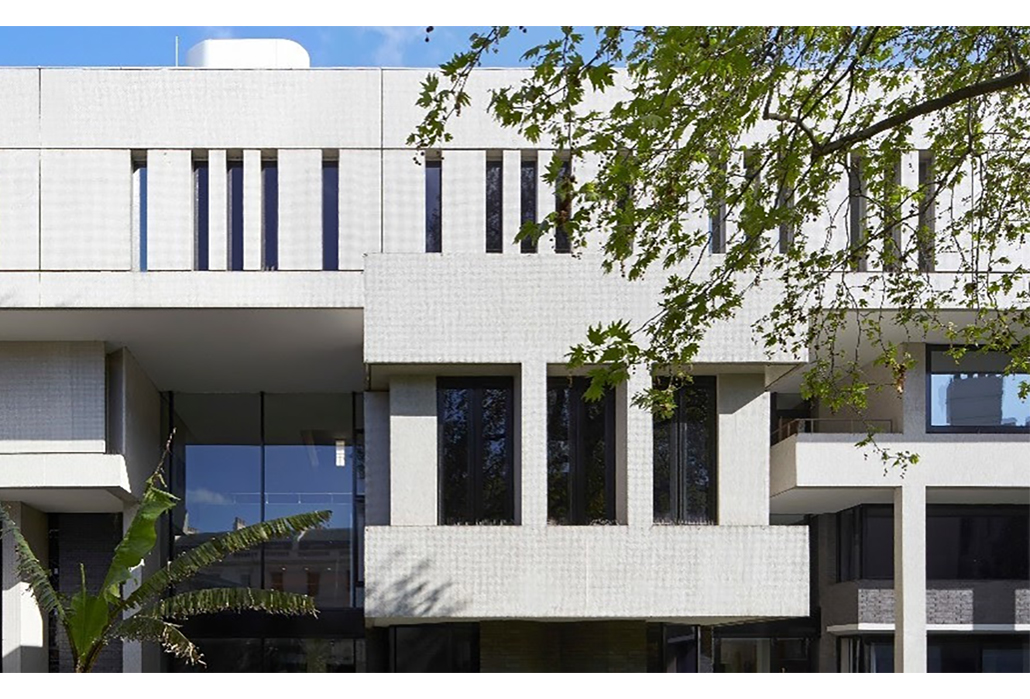 Royal College of Physicians Museum, London presents on Thursday 06 June 2019, 6-8.30pm, an evening celebrating an architectural icon, challenging guests to decide if their landmark building, spectacularly sited on the edge of Regent’s Park, is designed in either the so-called Modernist or Brutalist style?

To answer, you are able to join an expert tour of the building, view the original architectural plans, archival documents and original photographs, as well as explore the structure for yourself. 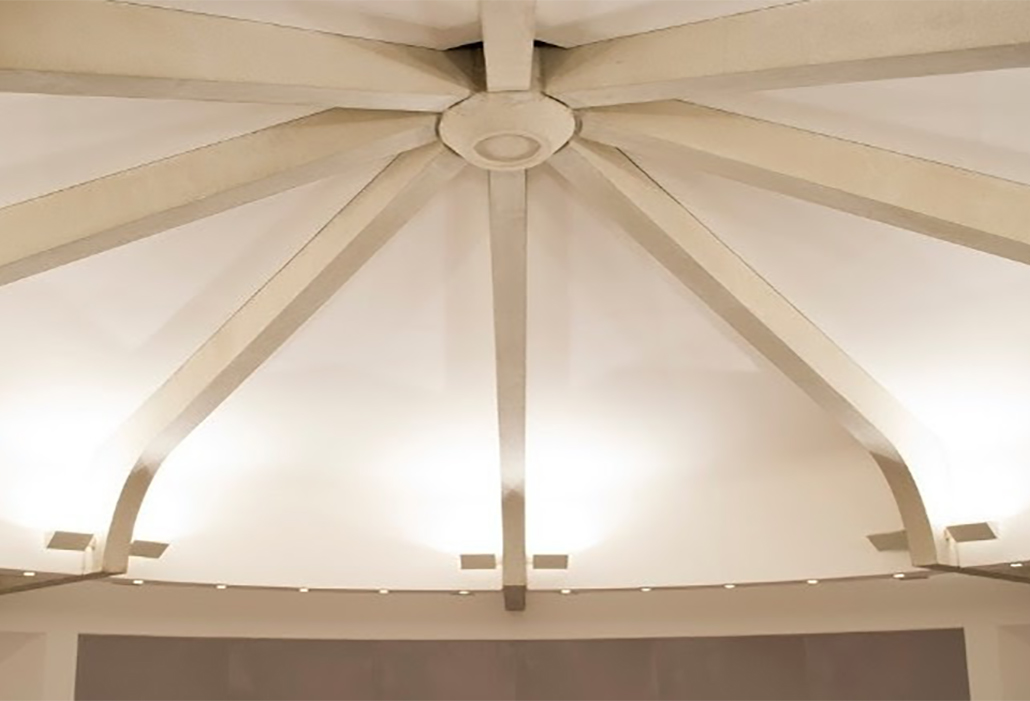 The Royal College of Physicians building showcases ‘sharp angles and curved lines’. Its use of ‘white tiles and Italian marble’ are very different to what many would regard as being the more brutal material concrete, it is more generally made from. So, they will also ask the question – can it be both Brutal and Modern in style?

Design in architecture, is the visible expression of something profound and invisible: in whatever medium is used and whatever forms it takes; it is shaped by the culture and age that produced it.

Mathematically principles, which saw the measurements of the human body analyzed in terms of the size of columns, niches, lintels, architraves, rounded arches and domes and used to define a sacred or secular space, became intrinsic to architectural style for centuries.

The word style itself has so many different connotations and can be interpreted in many different ways. It is not about luxury, but it is all about quality and just like taste, it is in many ways immutable.

Style reflects our values and how the standards we seek to set and achieve during our lifetime can define who we are. It’s not about the amount of money you spend; style is way beyond money, fads and fashionable trends and fancy labels too. 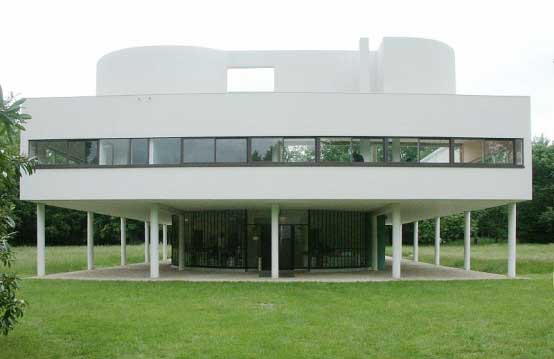 As a general rule, after 1880 in England and Europe began enthusiastically and effectively making art, design and style appear all brand new. The Industrial Revolution of the nineteenth century brought about the rise of steel, plate glass, and mass-produced components.

This in turn brought on a brave new world of bold structural frames, with concrete, a material that had been known about for centuries, also coming back into the spotlight.

Clean lines and plain or shiny surfaces presented as a rage for simplicity, which in comparison to the harmony of architecture based on the classical styles from antiquity, certainly appeared ‘brutal’.

“Decoration is a crime” became a popular phrase, especially in communist countries, where political parties and architects were busy rejecting the west’s ‘decadent’ ways. 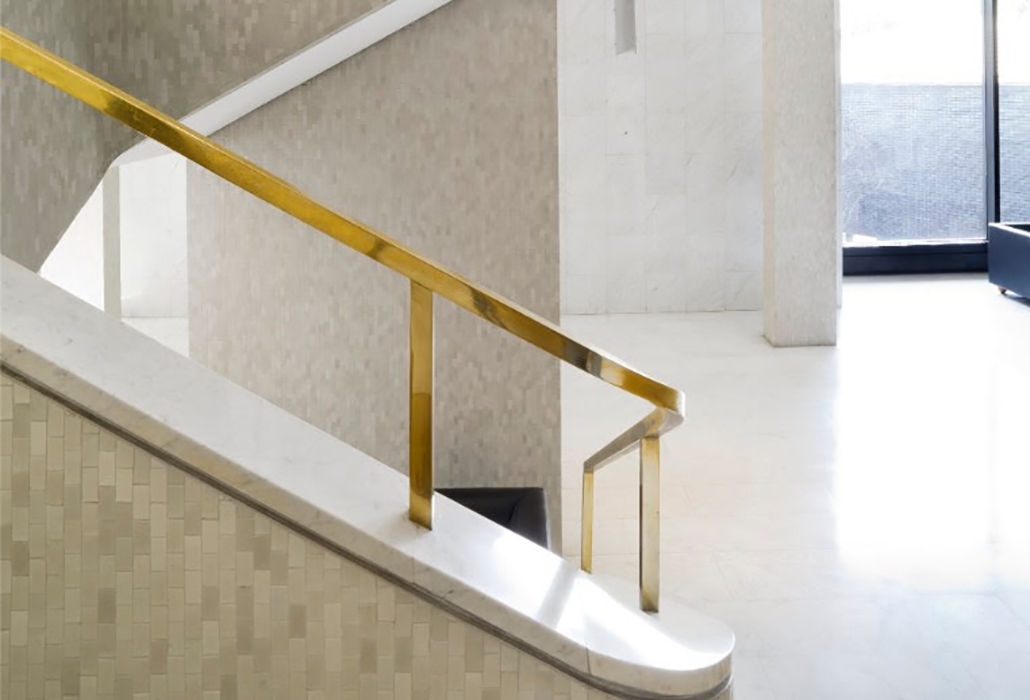 In the west Modernism developed in a sombre, and monumental fashion until after World War I, when more relevant to our contemporary age, the confirmation of ‘design as art’ appeared in the aftermath of an International Exhibition of Arts in Paris in 1925. 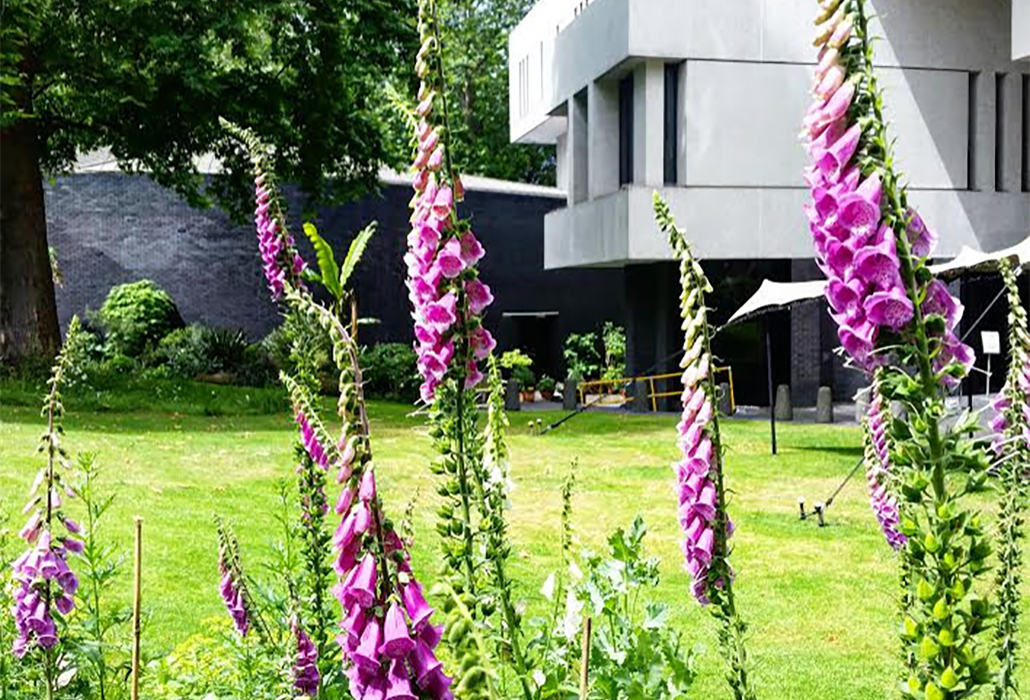 Designers and architects borrowed from the past again in order to fashion the future. The new streamlined Art Deco style embraced a deeply felt need for that of inventing a new form of classicism, one that would ward off the threat of a civilization dominated by industry and technics.

Following World War II a whole new age of modern designers revolutionizing public taste were working to please a society struggling with the added pressures of limited space, rising costs and the immense emotional impact of global warfare on a scale never before imagined. Added to that was a Great Depression in between.

During the 1950s and ’60s, those seeking a simpler aesthetic included architect Charles Edouard Jeanneret aka Le Corbusier (1887-1965), who had since his emergence between the wars, gained a great reputation for using unelaborated materials. He coined the term béton brut (raw concrete) during the construction of his much acclaimed Unité d’Habitation in Marseille, France in 1952. He created a utopian city living style, characterized by simple, block-like structures featuring exposed concrete. His use of concrete inspired what would evolve into an all new ‘brutalist’ style, which also became integral for some decades, to the design of institutional buildings in English speaking countries, including the UK and Australia.

The new architectural philosophy for ‘brutalism’ had its beginnings on the architecture of many European communist countries whose elite were wanting to reflect the beliefs embraced by those living from the mid-1960s to the late 1980s in countries such as Bulgaria, Czechoslovakia, East Germany, USSR and Yugoslavia, where the agenda was about creating a socialist utopian ideology. 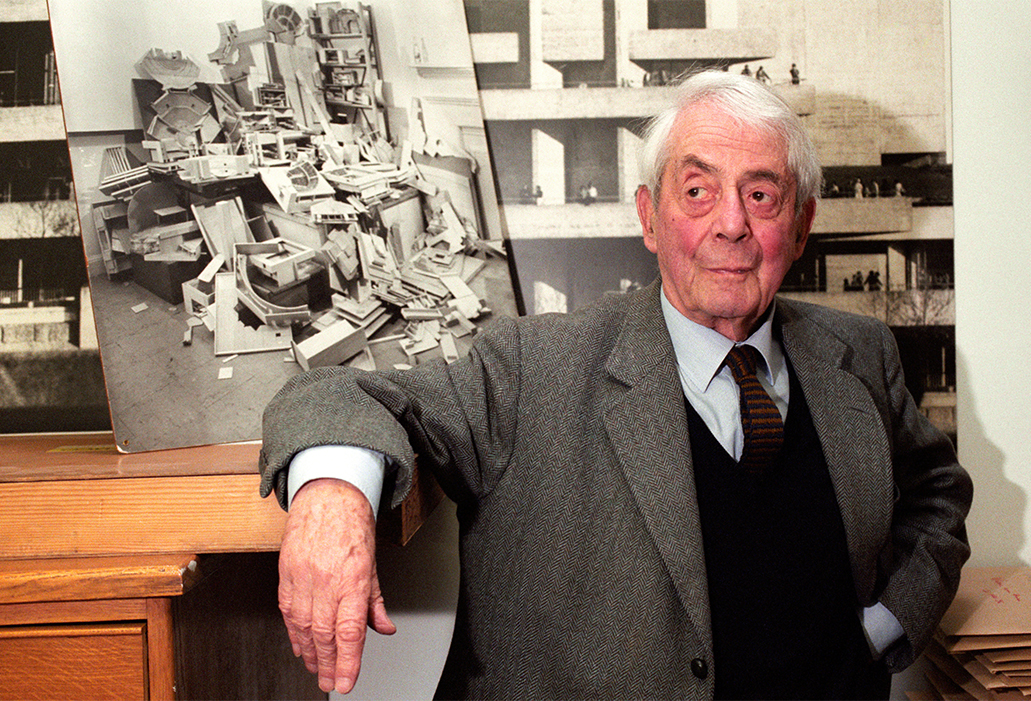 Sir Denys Lasdun architect of the Royal College of Physicians and the National Theatre on South Bank London, 1997

In the United Kingdom architect Sir Denys Louis Lasdun (1914-2001) became known for his controversial use of concrete-slab exteriors and admired for his belief that there is a ‘paradoxical link between the desire for total renewal in art and a deep attachment to the past’. He was integral to a generation of architects excited and inspired by reinforced concrete and its possibilities.

Working at a time when there were many opportunities for re-developing bombed sites, he like many of his contemporaries, admired the works of Le Corbusier. Growing up in a creative family, Lasdun expressed ‘the visual organisation of social spaces in geometrical terms when designing a strata block of flats overlooking Green Park without causing an outrage. 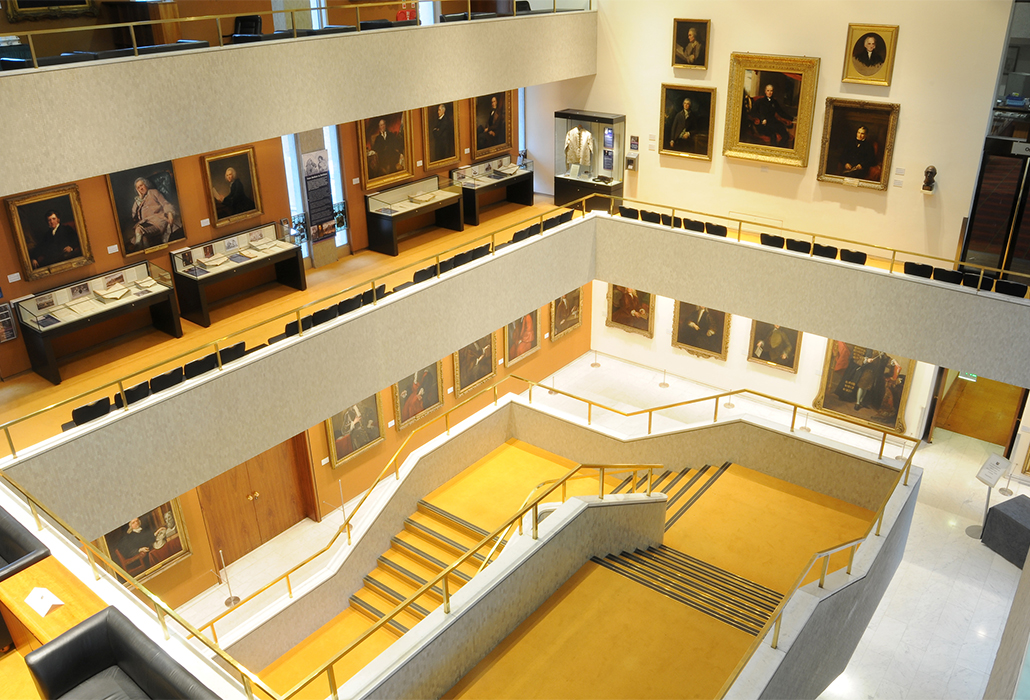 His commission for the Royal College of Physicians, would become his favourite among all his buildings. Sited near the circle of King George IV’s great architect John Nash’s buildings based on architecture from ancient times, he managed to create with an addition of a meeting room some thirty years later, to use his own words, an ‘entirely satisfactory space’.

Lasdun noted …”every building has, at its heart, a generating idea, which must express itself through every part and in every detail… concrete is not only a very intractable material, but also can be a beautiful material … used in the way its own nature intends it to be used…

… It is a sort of sculpture you can only do with reinforced concrete, but you need to work to a certain scale … It is not a cosy little material” he said. 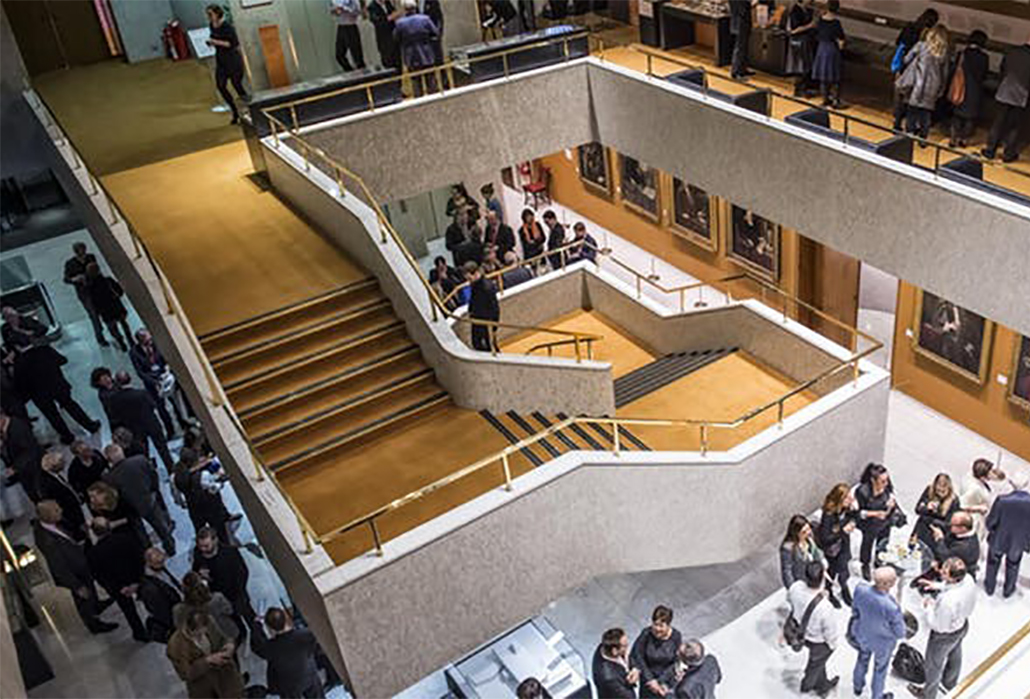 Modernist or Brutalist, or a mixture of both, the Royal College of Physicians is an award-winning building of great style, which in our own contemporary age, has also been pronounced beautiful, because its architect understood jus how important light and proportion are to create a space that is aesthetically wonderful.

Admired for centuries, styles in architecture reflect the evolution of humankind spiritually, socially and culturally. As long as their proportion has pleased the eye, their subject has challenged the mind, engaged the spirit and connected with the soul, people will fight to keep them as long as they can. I will look forward to hearing what the people decide.

Reinventing 21st century enlightenment with respect, unconditional love and by providing bread and roses, is the premise and delight of the British movie, PRIDE