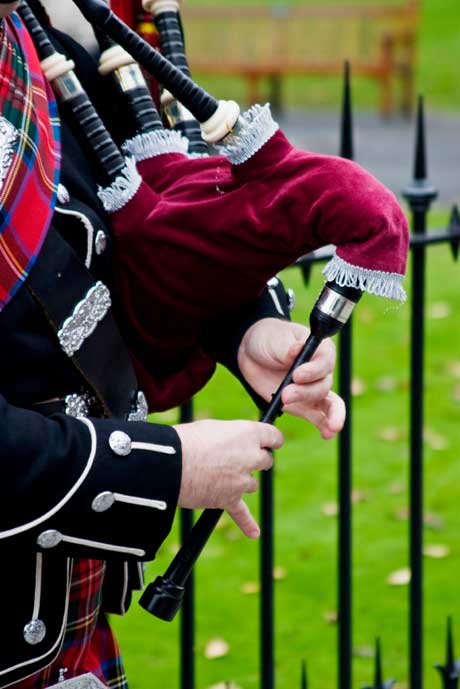 Hark when the night is falling! The pipes were definitely calling to those enjoying the smash hit celebration in music and dance, Scotland the Brave, produced by Andrew McKinnon and presented in the Hamer Hall, Melbourne on Friday June 30, 2017.

This simply splendid feast of Scottish music featured toe tapping highland reels, rousing pipes and drums, fantastical soloists and an outstanding choir. The songs sung were created by those perhaps longing for an ideal state of being in a homeland they loved and yearned to be, a place where they would be free to love as they please and live a rich and fulfilling life without fear.

100 performers honoured Scottish traditions by presenting an outstanding repertoire of music, including the magical Skye Boat Song, beloved by those who claim links to Scotland in their DNA.

Often used as a lullaby, it was an appropriate choice for the Australian born internationally acclaimed lyric soprano Mirusia, one of the four soloists for the evening – tenor, soprano, piper and fiddler. She and her husband Youri Wystyrk announced recently they were expecting their first baby towards the end of this year. Mirusia, on stage, Scotland the Brave

Entirely captivating on stage, Mirusia made sure that all our hearts were singing along silently to My Love is like a Red Red Rose, Ye Banks and Braes of Bonnie Doon and the wondrous Amazing Grace a song written by an English slave trader, which the Scottish took to their hearts.

She also provided a truly beautiful and sensitively rendered descant for Australian born tenor Gregory Moore, as he so handsomely sang Sailboat and later the sad, but very beautiful seventeenth century song, O Waly, Waly. Their duets were a joy to listen to. Mirusia and Gregory Moore first sang this show together over a decade ago now in Brisbane and I was there. Back then,  it was all about the beauty associated with their wondrous emerging voices, which have now settled and matured to become very special indeed. At the essence of the sound there is an intensity of experience and feeling; a warmth and appreciation of form, one that suits the musical climate of our century. It is not just about imagery, it is how the music conveys ideas from past to present. We still hear the rustling of the wind among the heather, smell its fragrance released by the warmth of the mid-day sun, admire the life of a Scottish hero while seeking to better understand what the words cannot express.

Superbly rendered, all of Mirusia’s solos showcased the beauty of her glorious soprano voice; a purity of tone and a stunning technique, heightened by a great sense of the drama of the work and her considered ability to embrace subtlety.

She can soar seemingly effortlessly into an upper register, while delivering gorgeous soft notes that resonate richly. Her voice is luxe; sumptuous and creamy as it shimmers and captivates, holding us ever closer with every note, until you can feel yourself holding onto the experience for as long as possible. Mirusia on stage, Scotland the Brave

Mirusia’s career blossomed during the last decade when Dutch violinist Andre Rieu selected her to tour with his orchestra. All those years of singing in great venues in the world has ensured she embraces the complexities of the music.

When she sings it is poetry in motion; human sentiment transformed into a passionate pursuit we can all connect with. Through the spirit of our age, Mirusia empowers us to understand the true nature of musical art.

There were a number of people in the audience near me who revealed during the intermission, how they travel to Maastricht each year just to hear her sing in its beautiful square for perhaps Andre Rieu’s most famous annual concert, a very special treat indeed. Gregory Moore is a superb lyric tenor with a bright timbre and a warm graceful voice. He has an ability to capture both the mood and the magic. His voice is attractive and well proportioned as he expresses his own ode to joy.

He has the ability to be a noble hero or a swashbuckling lover, while holding firm throughout the stirring songs he’s singing, projecting warmth while painting wonderful colours with sound. Wonderfully it was an Irishman Sean O’Boyle, who vigorously conducted the soloists, Concert Orchestra, members of the Melbourne Philharmonic Choir, Scotch College Pipes and Drums, and the Lyons Highland Dancers.

The choir added both depth and beauty to a truly memorable night of marvellous music sung from the heart. Andrew Fuller is an outstanding bagpipe player. I particularly enjoyed his playing with the young Scotch College musicians on pipes and drums. His presence and abilities ensured they not only rose to the occasion and awesome experience at perhaps being on stage at Hamer Hall for the first time, but also gave a performance they would be proud of.

Marcus Holden with his ‘fiddle’ (violin) provided a happy touch of levity, while the Highland dancers performed the complicated and intricate footwork, which descends from the jumping exercises troops performed to get Highlanders ready and fit for battle. A highlight was the finale for the first half of the concert. The playing of The Gael, a song of our times by Scottish singer-songwriter, composer, multi instrumentalist and music producer, Dougie MacLean (b.1954-), amazingly only composed in 1990.

The Gael is both heroic and romantic, a tune that resonates for hours, lingering long in both heart and mind, as if it had come down to us as through the ages from the time when the clans of Scotland were first born.

This extraordinary composition made famous by becoming the basis for the theme music for Michael Mann’s marvellous movie Last of the Mohicans (1992) starring Daniel Day Lewis. It has a tune that definitely appeals to the modern descendants of The Gaels, who today are found in Britain, the Americas and Australasia.

The Gael’s society was formed around a ‘clan’ each with its own lands and chieftan. They unknowingly gave Scotland its name. The Romans used to describe the ‘Gaelic speaking pirates’ as they called them, who raided Britannia during the third and fourth centuries, Scoti, a term meant to be derogatory. Originally native to north-western Europe, they emerged as a force to be reckoned with following the Iron Age. Having migrated to the lands in the north of the British Isles we now know as England and Scotland, they eventually became the most dominant its many peoples.

The Scottish clans remained unchanged until the British intervened and broke them up in 1745 with mass forced emigration (Highland Clearances) continuing throughout the nineteenth century, which is when my own Scottish and Irish (Gaels) ancestors arrived in Australia. 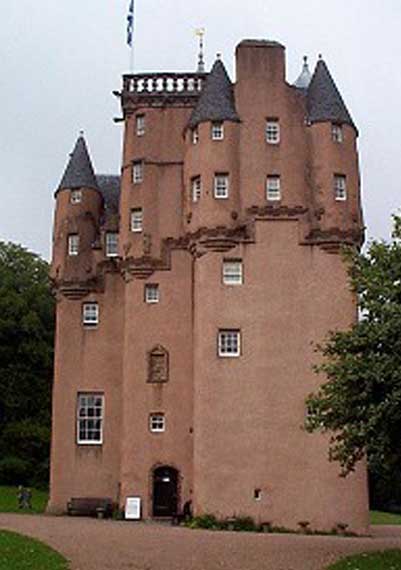 Cultural evolution around the world is very complex and the sometime turbulent history of Scotland with its turreted castles and distinctive traditions are evident in their music, which has left an enduring mark on its landscape and peoples, while captivating the imagination.

Thank heavens for Andrew McKinnon and his team so brilliantly keeping alive the songs and sounds of my cultural heritage with Scotland the Brave. I have to admit my blood stirs and tears well up instantly when I hear the tunes my Nan (a fierce and fiery Cameron) sang to me when I was very young or the pipes and drums start playing.

During the second half there was a happy sing-along for all to join into and the talented Gregory Moore together with Mirusia, the Choir and Orchestra performed The Road to the Isles, making me wish I was once again, sailing off to one of its mystical islands. Solo piper Andrew Fuller brought us all undone with his stirring rendition of a ‘Pumpkin’s Fancy’ and then all too soon, before you could say Och Aye, Auld Lang Syne came along, bringing forth many a tear or a lump in the throat, before the grand finale of Scotland the Brave with the whole company.

The Sydney Fair 2016 focusing on Art Deco, vintage and 20th century style objects, has everything you can think of under the one roof, all available to purchase