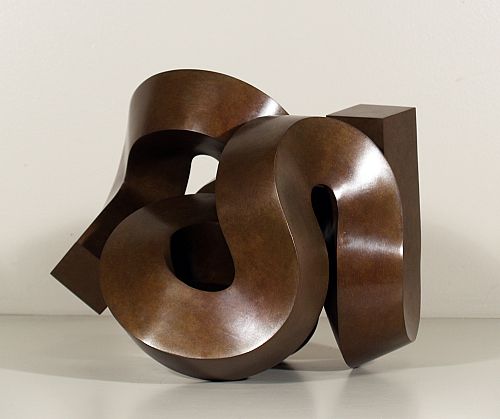 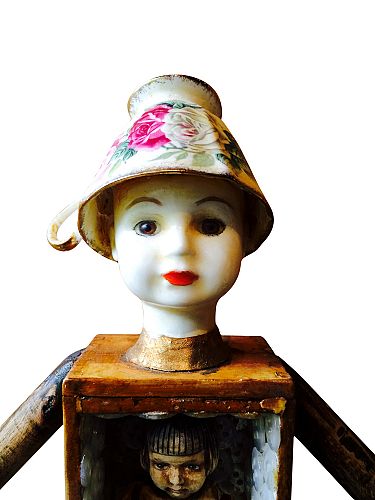 Peter Baka‘s works are always appealing, they draw you in so that you will discover their very intense narrative. His Strangeness of the Familiar Assemblage Dolls represent ‘a different thought process and a different set of emotions – with their ‘concerns of identity, sexuality, religious belief and questions of a meaningful existence… bodies that hold time worn objects discarded by unknown people’. Karen Choy has been included in Turn Turn Turn at the National Art School Gallery 5 June – 8th August.. Her ceramics are influenced by the Chinese Tang Dyansty – offering ‘enjoyment and beauty’ to the viewer. She says ‘Animals have surrounded me from an early age as I was raised in a family which constantly had pets as companions. I hand sculpt animals in a wide range of motions capturing the emotions and gestures they display as if they were humans‘. Geoff Harvey who works in mixed media and is renowned for his ‘quirky’ humerous sculptures, is in Hazelhurst Works on Paper Award 30 May – 26 July as well as this show. His ‘Crested Dove is a ‘found object, sure to start a conversation. 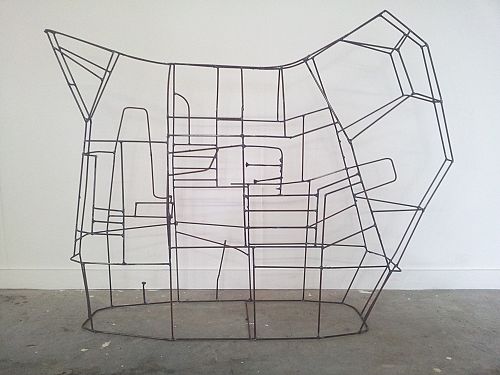 Simon Hodgson selected for Sydney’s rage annual event in 2015, Sculpture by the Sea has an interest in both landscape and architecture> His work explores ideas about space. Skeletal in concept, he says ‘I’m interested in investigating sculpture within that broader visualising culture: and its role in ‘instituting a place’. Bang a porcelain wallpiece by Mark Thompson, whose witty works always gets tongues wagging, takes some inspiration from Johann Joachim Kandler, famed modeller of the 18th century ‘Meissen’ porcelain factory of Saxony. Thompson’s works are sophisticated, sensual, startling, sensational and often surreal, they always draw me in to want to find out more.

His naked baby lying prone ‘on a tumescent golden pillow, afloat on an ultra marine tattooed vessel, adrift in the gilded tidal fold of an unconscious symbolic sea’ sends me a’ dreaming. Sculpture 27 at Robin Gibson Gallery, Open: Tuesday to Saturday 11am to 6pm until 24th June.

‘Oh, Italia ‘thou hast the fatal gift of beauty’! * Rome, Florence, Venice and beyond. What is not to love about this country?! Amazing food, culture, architecture, and hey – what about the shopping!!! For the next three weeks I will be soaking up all that is Italian. I hope…