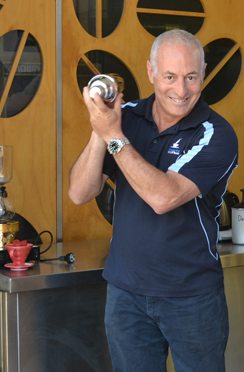 Coffee culture is everywhere, from the smallest township of the Southern Highlands of NSW to the largest city we have. Australia has become in the past decade one of the ‘leading coffee drinking nations in the world’. With perfect timing Queensland’s Coffee Baron Dean Merlo and his team have unveiled the SHAKERATO, direct from the expresso bars of Italy. It is created by combining fresh espresso, a touch of sugar and ice and shaking in a martini shaker until froth forms when poured and is as refreshing as it is flavourful. 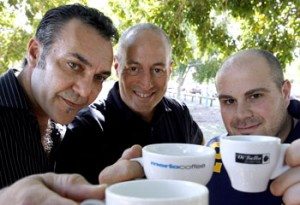 Dean and his blazing Bean Barons are proving once again that they are always ‘on the boil’. Bringing the SHAKERATO direct from the espresso bars of Milan, Rome and Portofino, Dean Merlo presents a bold new coffee experience. 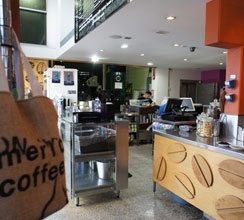 It’s Italy’s latest and coolest summer coffee drink and completely new down under. From today Shakeratos will be exclusively poured in all BarMerlos and Merlo Torrefaziones after 12noon daily – that is after Queensland’s coffee don Dean Merlo shows how to make it and shake it at his Fortitude Valley Torrefazione. His family connections in Italy reported the Shakerato was extremely popular during their 2013 summer season and so Dean was quick to embrace and ensure that Brisbane coffee lovers would share the most up to date and current coffee trends from around the world. This is entirely fitting as Brizzie seemingly pulls way ahead of the rest of the maddening crowd in both Sydney and Melbourne – in art, in life and in experiences. SHAKERATO – at Merlo Coffee Torrefazione, Cnr James and McLachlan in Fortitude Valley and as the art of copying abounds, it will be coming soon to a coffee shop near you.

The First Monday in May, maybe just another day to many, but to those in the heady world of haute couture it’s the day for the super bowl of fashion – The Met Gala Ball held in New York City. Just what does it take to put on fashions night…