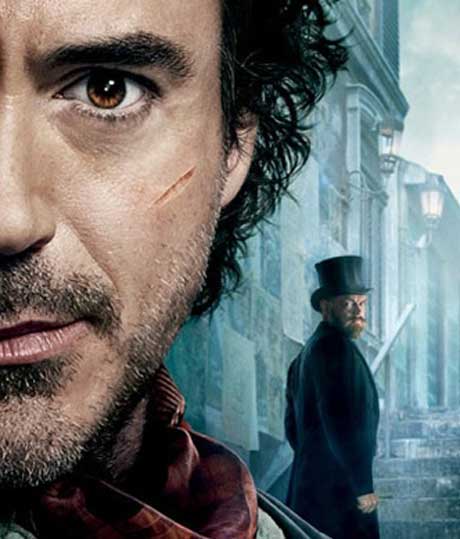 Robert Downey Junior in drag being chased on a train, now there is something to look forward to enjoying. Let alone another adventure with the super sleuth himself, Conan Doyle’s Sherlock Holmes in the second movie in the series directed by Guy Ritchie. The Trailer for the sequel with Downey as Sherlock and Jude Law as Watson is in the wind.

His evil arch nemesis that ‘Napoleon of crime…he who would never let the grass grow under his feet, Professor Moriarty is back with a vengeance, played chillingly by Madmen’s Jared Harris. Stephen Fry is reprising his role as Sherlock’s brother Mycroft, the intellectually superior yet much lazier sibling of Holmes who has a shady role in the British government. Mycroft is also the one person in Holmes’s life who could break through all the barriers that he built around himself.

The offbeat first film by Guy Ritchie took over $500 million at the box office and this sequel is full of action, mystery, mayhem and explosions. Having Holmes dressed as a Pretty Woman also ensures that a great deal of fun will be had by all as the dollars roll in the door. 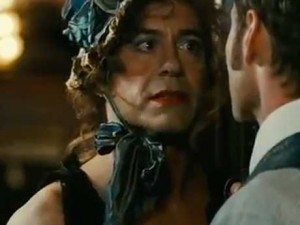 The brilliant detection, dreadful villains and blood-curdling crimes which are the hallmark of a Sherlock Holmes story are there, while the drag is part of his all new elaborate array of disguises. What Conan Doyle would have thought about this disguise for his non conformist mighty man behind the magnifying glass cannot be recorded. Downey and Law admitted to a Huffington Post reporter they were doing it all again because they had so much fun the first time. The ‘Some Like it Hot’ moment was Downey’s idea, which the Director loved and included. Downey cross dressing as a Dame would surely have only fooled those in Victorian England but it’s all about the spirit of the piece, which in this case looks like just too good to miss.

Watch the Official Trailer and Read On 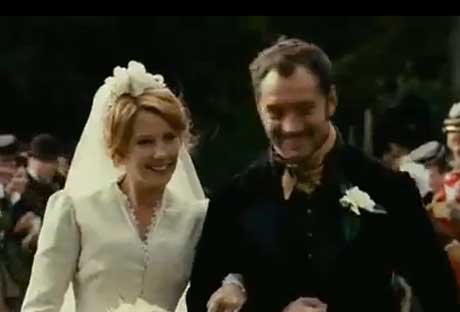 In Sherlock Holmes: A Game of Shadows that great and shrewd sleuth Sherlock Holmes and his sidekick the indomitable Dr. Watson join forces to outwit and bring down their fiercest adversary, Professor Moriarty.

The feminine interest in this boys own adventure is supplied by Rachel McAdams, The Time Traveller’s Wife and Kelly Reilly, who was the youngest actress ever nominated for a Laurence Olivier Theatre Award. McAdams is Irene Adler, tipped to be the only woman to outwit the super sleuth, who admires her for trying. Kelly Reilly is the love interest of Dr Watson and becomes his wife while the original Girl With The Dragon Tatoo Noomi Rapace plays the role of a Gypsy fortune teller. 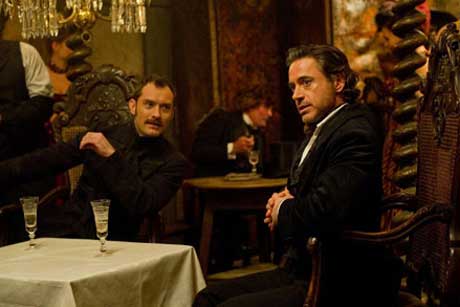 Holmes with his home at 221B Baker Street at London as his base held sway over political events in the late nineteenth century in England, uncovering multifarious connections as he endeavoured to solve crimes that included unreported plots against the crown. So timeless were his adventures that he became and remained the most popular character in fiction for well over seventy years.

Holmes was a lover of order and the rule of law while being strangely attracted to disorder and lawlessness; a rationalist who was both captivated and intrigued by the irrational. Displaying emotions were abhorrent to Holmes whose admirably balanced mind, according to Watson was because he always placed hard cold reason above all else.

Dr Watson made him a legend because he believed him to be ‘the best and the wisest man whom I have ever known‘* which added to his appeal. According to reports there is a lot more Conan Doyle in this second movie length rendering of the tale, which is loosely based on (Doyle’s) Watson’s Memoirs of Sherlock Holmes: The Final Problem. 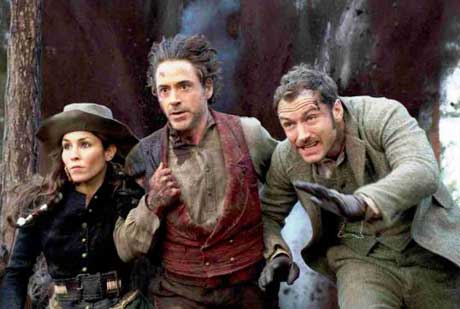 Holmes aficionados will be well aware of where it comes in the canon: so we don’t want to reveal anything except to say it was with a heavy heart Watson recorded this memoir of his friend, whom he also stated was ‘the man whom above all others I revere.’*

The complete saga of Sherlock Holmes the famous detective perfectly illustrates the supremacy of art over life. Holmes became so charmingly real to his readers they became addicted to every minutiae of detail about him. Although never coming into another tale at all, it was ‘young Stamford’ a medico who first introduced Watson to Holmes and had them meet at the Criterion Bar at London, which 100+ years later is still there, a very posh restaurant, bar, and variety theater located in Regent Circus, Piccadilly. Before TV reading his stories was one of the most blissful ways of passing an evening and a great deal of fantasy and folklore grew up around his extraordinary character.

‘Art in the blood is liable to take the strangest forms’*.