The ghosts we make for ourselves are the shadows that define our every day, and they are growing larger with the game afoot once again in the 21st century, with our favourite high functioning sociopath detective Sherlock played by the incomparable Benedict Cumberbatch

Together with Dr Watson, played movingly by Martin Freeman as his sidekick, Sherlock (available on STAN) burst back onto our screens in 2010 with the truly masterful Study in Pink, cleverly brought back into existence by creators Stephen Moffat and Mark Gattis. Sherlock has proved to be shrewd, sexy, savvy and very definitely new age. The four series plus specials that have been delivered since have also featured Amanda Abbington as Mary Morstan, Una Stubbs as Mrs Hudson, Rupert Graves as DI Lestrade, Louise Brealey as Molly Hooper, Andrew Scott as Jim Moriarty and Mark Gattis as Mycroft Holmes.

Fans regarded their presence in awe, as with clever deductive powers, Sherlock inspired us to think way beyond what the eyes can see.

In the Season 3 finale we discovered that John Watson’s wife Mary was indeed far more than she seemed at first glance. A former undercover operative, she transformed from a sweet natured girl into a bride and then was revealed as a stone-cold assassin. This was indeed a revelation, as was her announcing she was having a baby, a total departure from ‘the all important canon’ of the original Sherlock Holmes.

Still, this landmark series had been set in the contemporary age, which is so entirely in keeping with moving Conan Doyle’s detective right along, and there is no doubt in my mind anyway, that he would be pleased to see his progression.

At the beginning of Sherlock Season 4, Episode 1 the baby has arrived and Sherlock is off the hook for assassinating the self appointed king of blackmail and particularly repellent media mogul Charles Augustus Magnussen (Lars Mikkelsen) in the finale of Season 3

Videotape doctored by his brother Mycroft, a secret government official, proves he didn’t do it. Sherlock considered Magnussen the most dangerous man alive on earth.

Well, at least before that evil mastermind Moriarty seemingly asked everyone in London via a giant billboard, Did You Miss Me, once more. Together Sherlock, Watson and Mary are together trying to outrun death as Mary’s past in particular, catches up with her.

Someone is busy smashing limited edition statues of England’s former PM Margaret Thatcher in prominent family homes and Sherlock needs to find out why.

Therein lies the game that is now on which will infiltrate the highest echelons of the Secret Service, although you will have to have all your wits about you as you endeavour to follow what must be the most infuriating scripted plot to date.

It was in a word disappointing for me, I felt as if the writers were being self indulgent.

Hesitant, I asked my son who is also a fan what he thought when I saw him recently, and he was as baffled as I was at why its original creators sought to make the plot so complex, and then ended it off by killing Mary. Holey moley!

So I put myself and my review on hold until after the series ended, to see if my initial reaction could be salvaged. After all Sherlock contained all  of my favourite characters that girl from the morgue Molly Hooper, the now deceased Mary John’s wife, John Watson himself sidekick to Sherlock, with DI Lestrade and dear old Mrs Hudson. In Episode 2, John Watson is drinking heavily and having sessions with a therapist who turns out to have many parts. He tells her he has no one to confide in… except his ex wife Mary who is dead, but still guiding his everyday actions.

It is what it is… John Watson now hates Sherlock, whom he blames for Mary’s death because as his friend, she threw herself in front of him to take a bullet meant for him. Fear is wisdom in the face of danger, and this second episode goes a long way to redeeming the series, which probably features its actors at their most vulnerable. 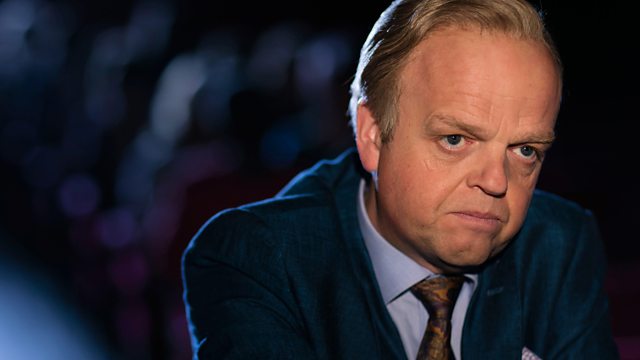 They come face to face with perhaps the most evil man he has ever had to bring down, played by Toby Jones, who as a so called philanthropist Culverton-Smith has a very dark secret indeed.

In this chapter Sherlock puts himself in harm’s way to try and bring his friend John Watson back to earth. He also helps to make him smile, by putting on the deerstalker hat… well after all he has to wear the hat.

The finale episode 3, totally sets the cat among the pigeons… with Lady Alicia Smallwood propositioning Mycroft at the same time John Watson is discovering that his therapist is really quite mad. She has been teasing both he and Sherlock by having chips with one and pretending to be two characters to tease Watson who discovers she really is Sherlock’s secret sister Eurus (Sian Brooke) who is chillingly insane.

She’s such a secret, Sherlock does not know about her at all, which is going to put he and his brother Mycroft at odds with each other when he finds o ut.

Mycroft is caught watching an old movie, which has been infused by photos of he and Sherlock as children… with Moriarty announcing he is back.

The lights go off, the clock strikes and Sherlock faces his fearful elder brother about the ‘secret sister he has now discovered they have, who Mycroft has been keeping locked up in an isolated maximum security institution all of her life.  But why? He wants to know. The roads we walk all have demons and memories can be disturbing. Sherlock struggles to bring his sister Eurus, which means the east wind, back into focus, remembering that she had he thought, stolen his dog, drowned it and then lit a match and burned their family house down.

He and Mycroft’s parents thought she had died in the blaze, but Mycroft had taken her away and had her locked her up in Sherrinford an island fortress for the criminally insane, where all the most dangerous people in the world are incarcerated. A drone arrives in Sherlock Holmes apartment with a loaded grenade giving Mycroft, Sherlock and Dr Watson who are meeting there only 3 seconds to leave before it explodes.

The truth is rarely pure and never simple is an Oscar Wilde quote that suits the narrative well as finally meeting Eurus is like meeting the Silence of the Lambs on steroids. She’s taken charge of the prison, although Sherlock doesn’t know that until he goes to meet her. She’s standing in a glass box playing the violin… a Stradivarius, a treat from Mycroft.

Flashing back to five years ago when Moriarty arrived to rock music on the island by helicopter… we discover that Eurus asked for five minutes conversation with him… as another treat.

She is the one that has recorded all the messages he has delivered, despite Sherlock knowing he is dead.

The prison Governor (Art Malik) and the guards have all been brainwashed by this all powerful woman and now he gives her access to Sherlock, Dr Watson and Mycroft, who are all overcome by the guards.

Eurus is in charge and having mesmerized everyone, she’s now locked up Sherlock, Mycroft, Dr Watson and the Governor in her own glass box. What is to follow will be diabolical, as she teases them all cruelly by pretending there’s a child in an aeroplane about to crash that they have to save.

When Sherlock refuses to play the game any more after the prison governor blows his own brains out, she kills three other people and after having Sherlock coax Molly to say on the phone that she loves him, he opts out of playing the game.

Eurus pulls the plug and Sherlock finds himself waking up back at the burned out shell of a house where they grew up and racing to save John. John Watson has been cast down and is at the bottom of a well, which is full of bones and the water rising. The final problem set by Eurus is Sherlock either saving John Watson or the child, Sherlock must choose… but can he rescue both? She is his sister after all and requires some compassion.

He has to work out first however, that it was Trevor his best childhood friend not his dog that she killed by casting him into the well that Sherlock now knows John is trapped within until he works out where it is and saves him, which he does.

Lestrade arrives to take Euros back into custody and reflects to an officer that Sherlock is a good man.

The final problem for Sherlock is wrapped up neatly by Stephen Moffat and Mark Gattis for fans just in case they don’t come back.

John finds a videotape from Mary when she reflects on who they both are, a Junkie who solves crimes to get a high and the Dr who never came home from the war. Now they have both become integral to the Sherlock Holmes legend; the stories, the adventures. It is what it is. Sherlock and Watson begin the process of rebuilding Sherlock’s flat to the sound of Sherlock playing the violin in tune with his sister Euros.

This does look like the final series ever to me for this Sherlock Holmes and Dr Watson – they are now eternally Mary Watson’s beguiling 221B Baker Street Boys.

Sometimes you have to look hard at something, and in context, to see its complete value.

Gemma Bovary is a sensuous handsome film with impressive acting and super scenery, a delightful reworking of an iconic French satirical tale with a modern twist