Shock of Gray by Ted C Fishman published in 2011 is about the aging of the world’s population and how it pits young against old, child against parent, worker against boss, company against rival, and nation against nation. He points out that aging accelerates globalization.

The world’s population is rapidly aging and, by the year 2030, one billion people will be sixty-five or older. As the ratio of the old to the young grows ever larger, global aging has gone critical: For the first time in history, the number of people over age fifty will be greater than those under age seventeen. Few of us understand the resulting massive effects on economies, jobs, and families. Everyone is touched by this issue parents and children, rich and poor, retirees and workers.

Ted C. Fishman masterfully and movingly explains how our world is being altered in ways no one ever expected. Fishman, a veteran journalist, essayist and former member and trader of the Chicago Mercantile Exchange and the New York Times bestselling author of China, Inc. reports on the astounding economic and political ramifications of an aging world.

While this book was primarily written for America he does touch on other cities and their situations because it is really about so many other countries of the western world as well. Spain in the year 2050 it seems will have a higher proportion of people over 65 than any other nation and will literally be handicapped by this fact unless they embrace massive immigration. 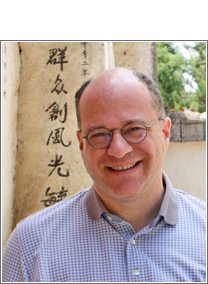 • what happens when too few young people must support older people?
• how do shrinking families cope with aging loved ones?
• what happens when countries need millions of young workers but lack them?
• how do companies compete for young workers?
• why, exactly, do they shed old workers?
• how are entire industries being both created and destroyed by demographic change?
• how do communities and countries remake themselves for ever-growing populations of older citizens?

Who will suffer? Who will benefit?

With vivid and witty reporting from American cities and around the world, and through compelling interviews with families, employers, workers, economists, gerontologists, government officials, health-care professionals, corporate executives, and small business owners, Fishman reveals the astonishing and interconnected effects of global aging, and why nations, cultures, and crucial human relationships are changing in this timely, brilliant, and important read.

Certainly not everyone will be lucky enough to afford a staff of four to provide personal care. How will the less fortunate especially those victims of “age arbitrage” – trading in old employees for a younger, cheaper work force, and also those in developing countries, cope? While the book lays out problems it doesn’t offer much in the way of solutions. But perhaps that’s the challenge for the rest of us.

Collectively communities will have to connect to create solutions and invent the future.

You can purchase ‘Shock of Gray’ and have it delivered to your door by www.bookoffers.com.au

A book for everyone for Christmas is surely the way to go. And, if you read it aloud to children you can be sure that you are providing many benefits, including sharing the joy around.