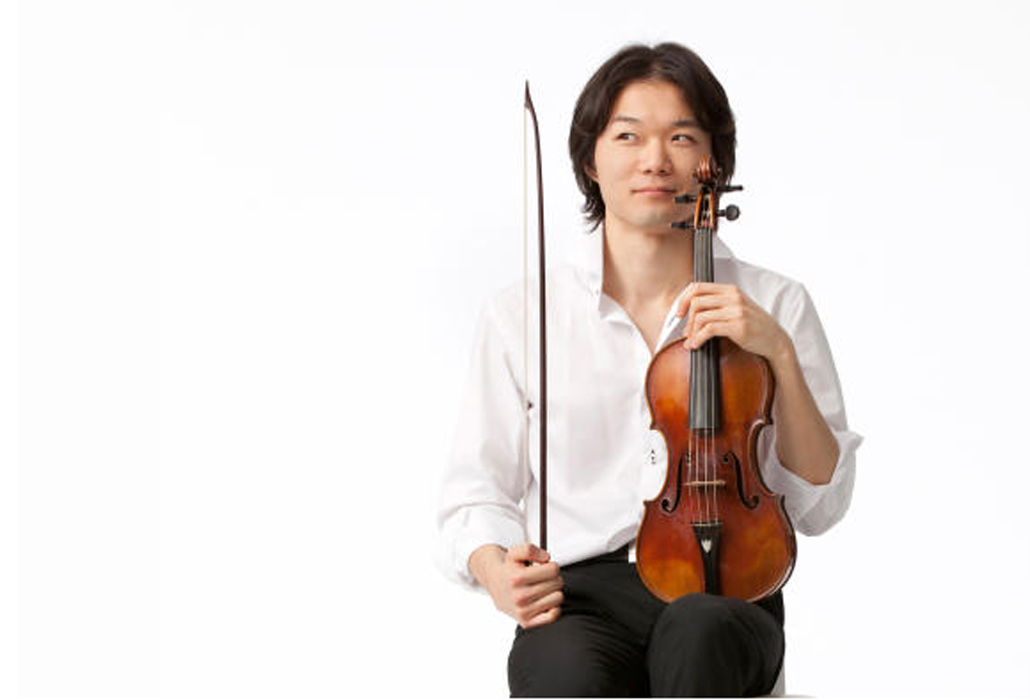 Shunske Sato, at the edge of possibility

Experiencing great emotions of taste via glorious music embraces that ideal of a Utopian realm, one representing the human imagination, a place in which all things are possible one where ‘you imagine what you desire and create what you will’ is very special.

On Saturday September 10, 2016 in Melbourne the musicians of the Australian Brandenburg Orchestra (ABO), together with internationally acclaimed guest director and violinist Shunske Sato, splendidly addressed the ‘pleasures of the imagination’ as a beautiful prospect that delights the soul. Shunske Sato and the ABO crafted an evening of excellence in their field; one that must go down in the annals of music making history in Australia, as they extended their art form into a rich realm of nineteenth century romantic experience.

Through the beauty of the violin in Shunske Sato’s hands, the ancient Greek muse’s thoughts, having travelled down the ages, finally arrived at their intended destination, the Elisabeth Murdoch Recital Hall at the Melbourne Recital Centre.

Shunske Sato’s breathtaking playing with the ABO of Italian violist, guitarist and composer Niccoló Paganini’s Violin Concerto No 4 under the baton of Paul Dyer, following two other outstanding works, knocked everyone out of the ball-park with stunning technical pyrotechnics. His humour and lightness of touch inspired all around him as he performed the Paganini on a gut stringed period instrument for the first time since the maestro composed it.

In an aesthetically perfect architectural space, the perceived effortlessness at which Sato arrived at that point of excellence, had us all gob-smacked.

Sato stylishly demolished the much-lauded technical difficulties of the Paganini piece before our very eyes as he cleverly varied the dynamics, added a splash of colour, created some sparks of his own as he clearly demonstrated his extraordinary ability to play at the highest pinnacle of excellence.

He gloriously slid (glissandi) smoothly up and down the scale, bowling us over with knock out double stopped quaver runs, performing left-handed pizzicato plucking the strings while bowing at the same time with the other hand in scintillating style.

On top of that, he offered a few more tricks of his own including an added extra, the cheeky smile on his dial, which was as captivating as his playing.

It’s rare to experience pure joy and it was easy to see the ABO enjoying their moment in the sun as much as we did. Their collective professionalism ensured an incredible performance, including exquisite playing by Jamie Hey on cello, Melissa Farrow on Flute, Shaun Lee-Chen and Matt Bruce on Violin and Rob Nairn on Double Bass

The ABO ensured through orchestral texture and a fine young soloist all those privileged to be present reached the summit of Mt Parnassus, that legendary home of the Greek Muses, where you are able to enter the circles of paradise once you encounter the divine. Music, myth and acoustical magic were all present and it was easy to understand why ancient Greek theorists held that the entire cosmos vibrated with the same harmonies audible in music.

I found at one point I had simply forgotten to breathe, such was the depth and dazzling intensity of the beauty present.

Based today in The Hague in The Netherlands, 32-year-old Shunske Sato’s virtuosic abilities gave his audience a unique sense of just how ornamentation fuelled the romantic spirit in a truly golden romantic age of music.

Before the concert ABO artistic director Paul Dyer came on stage to passionately inform the audience that we were about to taken on the ride of a lifetime by the wonderful young violinist. He then joined the audience for the first half. Shunske Sato was as one with the ABO as under his guiding hands they opened up wide perspectives and balanced proportion impressively as on the first half a select group of musicians supported him as they presented works by Felix Mendelsohn Bartholdy (1809-1847), and Edvard Hagerup Grieg (1843-1907), the latter responsible for the vogue for Scandinavian music in Europe and America. Mendelssohn’s String Symphony No. 3 in E Minor, composed when he was just twelve years of age, helped make the important connection between music and literature, so vital to the romantic era.

His works have lyrical qualities that convey a sense of romantic wonder, which inspired composers of the 20th century admiring both his grace and perfection of style.

Mendelssohn ennobled musical craftsmanship with effortless elegance, which the ABO achieved in the performance of this work. As Paul Dyer reflected in the program notes, by that period ‘… classical forms and genres were retained, but musical works were longer and more complex, and composers and audiences valued beautiful melody and striking harmony above all’.

Like many of my generation, I adore the Holberg Suite by Grieg and wish I could pinpoint that exact moment in my own musical journey when I first encountered it. With five stunning movements, at some point many of its evocative melodies have become infused in my mind.

Composed in 1884, honouring Danish-Norwegian writer, essayist, philosopher, historian and playwright Ludwig Holberg (1684-1754) it presents as a ‘suite of dances in the Baroque style’ the music of Holberg’s time, which no doubt helped shape my love of early music. 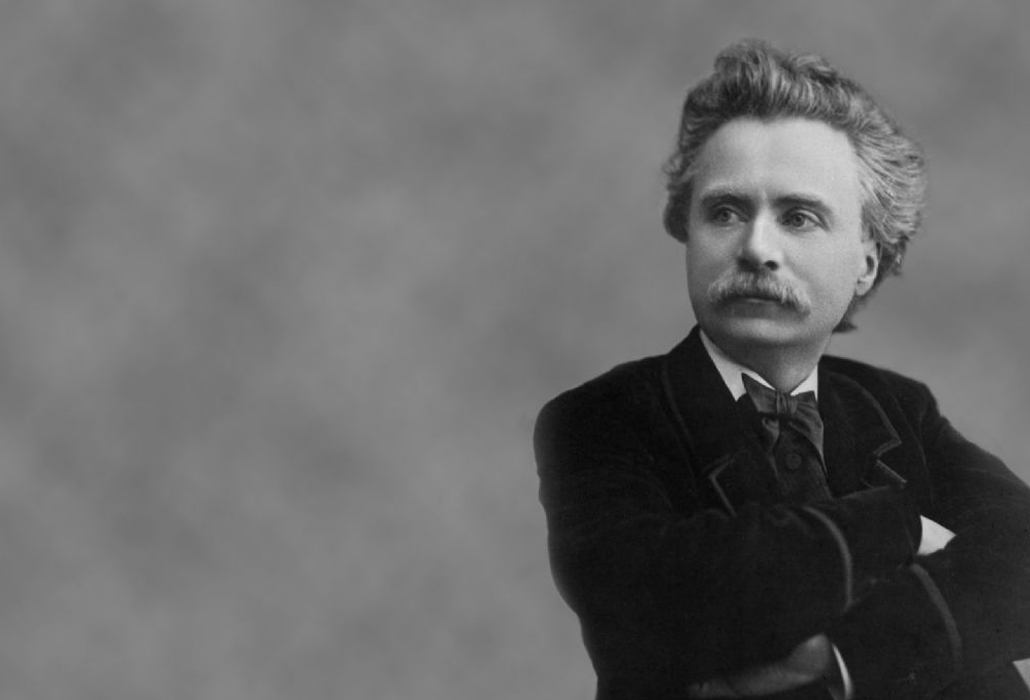 When I discovered Grieg creatively composed his works while looking out on part of a fjord in central Norway, I was not surprised.

They shriek of his making that creative connection between music and nature so integral to the soundscapes of ancient times when music was ‘one of the first technologies employed in landscape architecture’.

Grieg became enamoured with the folk music of Norway, embracing lyricism, with piano pieces and songs that were delicate and very appealing. The Andante religioso, the calm song like piece used Shenske Sato’s solo strings to reflect ‘beautiful clean lines of sound’.

Symphonic music in printed form was being pirated by the masses around the globe, much like technology allows today as the love of music reached epic proportions at the confluence of classicism and romanticism. The slender lithe figure of Shunske Sato on stage in his solo showcasing how he has mastered the art of expression in both technique and form on the violin was mesmerizing.

He embraced the ‘individualism, self expression and nature’ of music produced at a time when enjoying the happiness of seeing the New World regenerate the Old, was important.

Romanticism is essentially a product of youth; expressing a desire oriented toward the future. And with a promise of more evenings like this, Melbourne people have a unique opportunity to be both involved and supportive, as the ABO expands its horizons and crosses boundaries nationally. Sato and the very romantic ABO produced a performance of such mind-blowing beauty it was impossible not to believe time had just stood still.

It was also impossible for the audience to not realize how fortunate they were to witness such greatness.

He has already been invited back and everyone who applauded his genius at the launch of the ABO 2017 Subscription Season afterwards, urged him to accept. 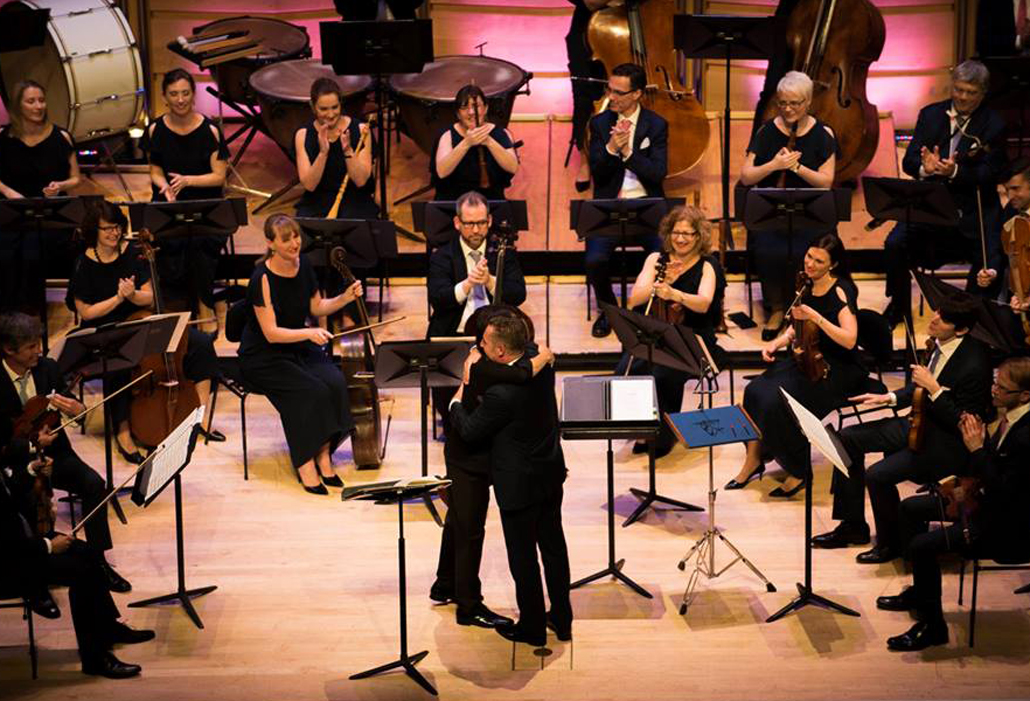 Hugs all around. Shunske Sato, with the Australian Brandenburg Orchestra, under the baton of Paul Dyer, Sydney Recital Hall

Who would not want to spend another evening in the here and now enjoying the reality of a Paradise on earth, one where all you have to do is join in.

As we say at the ‘Circle’, if you do, then the world will never look quite the same again.

Would drafting a bill of rights highlighting the freedoms we often take for granted help 21st century Australians focus, imagine and create a future together?