Sicily, the largest island in the Mediterranean Sea has fertile soil fed ‘by the volcanic dynamics of Mt Etna. Over a great length of time the many different peoples, who have made up its population and their cultural development have shaped Sicily, which only became part of Italy in 1860.

Humans have lived on the island from as early as 12,000 years BCE and it has hosted both Phoenician and Greek Colonies. They frequently changed hands as in their turn they were conquered by the Romans, Vandals, Ostrogoths, Byzantines, Arabs, the Normans and Aragon in Spain.

Sponsored by Julius Baer, Sicily: Culture and Conquest is an outstanding exhibition that will be on display at the British Museum, April 21 – August 14, 2016. Over 200 objects providing a valuable insight into Sicily’s vibrant past, will be brought together to reveal the richness of the its legacy and traditions in the arts, music, literature, cuisine and architecture, highlighting a number of its important archaeological and ancient sites.

They include the Necropolis of Pantalica, where some 5,000 tombs were cut into rock 13 – 7th centuries before the Christ Event, the splendid Valley of the Temples at Agrigento, described by the Greek lyric poet Pindar (522-440BC) as the ‘eye of Sicily’ and Selinunte, an ancient Greek city on the south-western coast.

The British Museum has worked closely with the Sicilian Ministry of Culture since 2010 on several loans, both at the British Museum and in Sicily and this exhibition presents the next collaboration between curators.

Objects of outstanding cultural significance have been carefully selected through consultation with Sicilian specialists from different museums across the island. 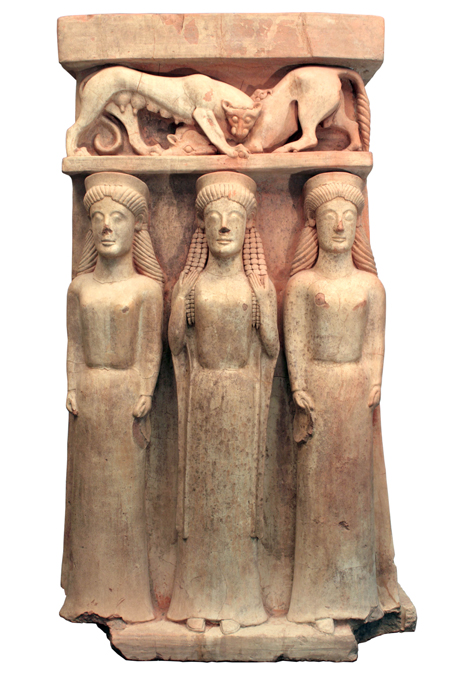 They will be displayed alongside loans from Italy, the US and the UK, as well as items from the British Museum collection.

An events program will also accompany the exhibition, with contributions by Sicilian lecturers and artists.

Sicily for centuries has been a cultural melting pot, a halfway point in the Mediterranean Sea between ancient Rome and the ancient city of Carthage, sited on the northern most point of the African continent, today a suburb of a much larger city, Tunisia.

Sicily’s geographic situation made it a brilliant location for trade with Europe, North Africa and the Middle East and exporting foods such as durum wheat, cheese and vine fruits led to noticeable developments in agriculture.

The Romans fought three wars with Carthage between 264 and146 BC and the exhibition will include a direct remnant of the battle that took place on 10 March 241 BC: a bronze battering ram fitted on the front of the Roman warships to sink enemy ships.

This important relic was only recently excavated from the waters around the island.

For Rome, Sicily’s primary role was to supply its population and its armies with grain; otherwise it cared little for the province.

The ancient Greeks made their first official colony at Naxos c 735 BC, bringing new ideas and forging cultural and trading links with earlier indigenous settlers.

Its undemocratically elected rulers, known as ‘Tyrants’ a ruler who seized power unconstitutionally or inherited it, displayed their wealth and power through the building of temples, sometimes of colossal dimensions.

They were competing against the largest temples on the mainland of Greece and the ancient Greek world. At Agrigento the well-preserved remains of the ancient Greek Temple of Concord reveal it was meticulously calibrated with harmonious proportions projecting the kind of standard for temple architecture that developed around 450BC. The Villa Romana del Casale, a Roman built villa of the first quarter of the fourth century located outside the town of Piazza Armerina on Sicily.

Excavated 1929, 1935-1939, it contains a collection of Roman mosaics considered the finest yet discovered in the remains of the ancient Roman world.

Brilliantly conceived the quality of their execution is second to none.

Archaeologists have determined artists from North Africa most likely completed the work, based on both mythological tales and scenes of contemporary life.

Intriguing and perhaps the best known of all these mosaics are the images of the so-called Bikini Girls.

The girls in this ancient Roman villa are long jumping with weights in their hands, throwing the discus, running and playing a form of handball.

One girl is wearing a transparent golden dress and holding a crown over the head of an athlete, while presenting her with a victory palm. Producing an image with a depiction of a transparent garment fashioned from tiny stones pieces of colored glass, stone, or other materials, is nothing short of miraculous.

After the fall of Rome, the coexistence of Norman, Islamic and Byzantine cultures on Sicily made for a fascinating multicultural collaboration and the development of unique forms of art and architecture. A twelfth-century Byzantine-style mosaic, and marble and wooden Islamic-influenced architectural decorations, will give visitors to this show a sense of this extraordinary architectural style that emerged under King Roger II (1095-1154).

Each object demonstrates the skills of the craftsmen and the variety of cultural influences that inspired their artistic production and experimentation.

Roger II ruled from 1105, uniting the many areas and cultures of Sicily it into one kingdom, with a strong centralized government.

His reforms not only aimed to strengthen his rule but also to improve his countries economic standing. He welcomed scholars of all races and faiths to his court, taking a direct interest in scientific innovation.

The exhibition will display one of the oldest surviving copies of a new world map that Roger commissioned from al-Idrisi, an Arab cartographer, instructing him to base it on new research.

Various Italian city-states had a history of competitive textile production dating back to the twelfth century in Sicily where local manufacturers drew heavily on their trading relationships with ports in the Eastern Mediterranean and beyond. 14th Century copy of a map of Sicily, a double page map of Sicily from Al-Idrisi’s Treatise, Unknown, c.1300–1500, © The Bodleian Libraries, University of Oxford

It was well known around the region, its textiles infused with cross cultural designs inspired by its many cultural traditions. They were prized, expensive and became part of royal collections. Fragments of the funerary robe made from red-and-gold lampas silk, discovered at Palermo in the tomb of Henry VI (1165-1197) Holy Roman Emperor, King of Germany, King of Italy and King of Sicily will be on show.

During the Renaissance period the cities of Florence, Genoa and Venice also emerged as important centres of silk production. They became the market leaders in Europe and manufacturers from Sicily, while contributing were unable to compete with foreign competition.

Italian architect Leon Battista Alberti (1404-1472) visited Sicily in the 15th century where he viewed the ruined gardens of the Palazzo la Zisa outside Palermo.

Its small garden pavilion and Islamic pool impressed him as he viewed oranges and lemon groves surrounding the pool – exotic fruit first imported into Europe by the Arabs.

The Sicilian Pleasure gardens and parks modelled on the oriental paradise garden and Alberti noted in particular the water and ornamental fountains.

They had also charmed Count Robert II of Artois on his return from the Crusades in 1270. Roger II’s grandson, Frederick II (1194-1250), who as Holy Roman Emperor ruled a large part of Europe, based his court in Palermo, continuing his grandfather’s interest in innovation and scientific experiment.

Frederick II’s desire to found a new Roman Empire was unfulfilled when he died heirless, and for the rest of its history, Sicily returned to being part of larger empires and states, rather than being its own master.

Nine buildings in the Arab-Norman style that emerged in Palermo and its surrounding area were elected as UNESCO world heritage in 2015.

The British Museum is also fortunate to be receiving on loan a magnificent terracotta architectural sculpture of a Gorgon, the famous Greek monster.

She was once perched on the highest point of a building at Gela in south-east Sicily.

“It gives me great pleasure to announce the British Museum’s exhibition on the rich cultural history of Sicily.

We are hugely grateful to Julius Baer for their long-term partnership with the British Museum and their generous support of this exhibition. We are also delighted to be working in collaboration with Sicilian colleagues to bring the fascinating story of this island to life.”

Bless you Lyndon Terracini of Opera Australia, for standing up and leading the change needed to make opera far more accessible to those who want to enjoy the richness it will surely add to their lives.