Rarely seen outside the UK, the Queensland Ballet, under the direction and leadership of the fabulous Li Cunxin, has secured the rights to perform Sir Kenneth MacMillan’s version of the ballet Romeo and Juliet for their 2014 season, featuring international ballet stars Spanish ballerina Tamara Rojo and Cuban dancer Carlos Acosta as principals.

British ballet dancer and choreographer Kenneth MacMillan (1929-1992) was artistic director of the Royal Ballet in London between 1970 and 1977 a giant in the world of dance and its principal choreographer until he died. He took story ballets, of which Romeo and Juliet was one, to new realms of brilliance. He choreographed ravishing pas de deux between principal dancers, who included the now legends of the genre Margot Fonteyn and Rudolf Nureyev.

They danced Romeo and Juliet for its premiere in 1965, which  was designed by Nicholas Georgiadis. It took 43 curtain calls and the safety curtain had to be brought down and the audience persuaded to leave, such was their delightful response.

The critics also went wild ecstatic with the casting of the most famous pairing in ballet history, which guaranteed a box office sell out as well as massive publicity.

Kenneth MacMillan’s Romeo and Juliet became a signature work of the English Royal Ballet’s repertoire and a well-known version of the ballet set as it was to Russian composer Sergei Prokofiev’s fabulous music. It has since become one of MacMillan’s best-loved pieces, along with Manon, Mayerling, Song of the Earth, Elite Syncopations and The Rite of Spring.

MacMillan made story ballet’s convey a marvelous mood by offering the viewer an amazing experience of dance. The were also gorgeous, ravishing and rich to look at, inspiring ballet dancer’s worldwide. His ballet’s were ultimately poetic and heartbreaking, his principal characters believable, his villains truly evil and the extras far more than just background props, demonstrating that ballet could be more than just a fairytale. 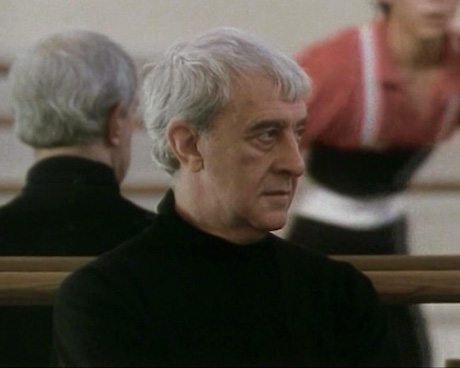 MacMillan charged his dancers to challenge themselves, to dig deep within and find loneliness and despair and ride high to feel joy and happiness, which enhanced their performances and intensified the work’s mood.

He also emboldened his designers and their creators, scenery painters and costumers to support his vision and so what the characters wore when set against imaginative scenery became the best kind of theatre performance imaginable, resonating in the audience’s mind long after the show was over.

In this way he raised the whole level and standard of twentieth century dance.

Ballet is exciting to watch, it’s great performance art wherein people work in concert together to produce a performance to be remembered

This news is a coup for a young ballet company that is going from strength to strength with Li Cunxin at the helm. He has given his dancers and the public who subscribe to their dance season renewed energy and inspiration.

He is delighted at the prospect of Romeo and Juliet saying recently “Kenneth MacMillan is one of the world’s most highly regarded choreographers, and classical companies from around the world vie for the opportunity to stage MacMillan’s works,” Mr Cunxin said. Tamara Rojo is not only the English National Ballet’s Artistic Director but also a principal dancer with the company.

She is much acclaimed for her abilities, receiving accolades not only in her home country but everywhere else in the world where she has performed.

She has won many awards including Spain’s two highest honours The Prince of Asturias Arts Award (2005) and the Spanish Gold Medal of Fine Arts (2002). David Dougill of The Sunday Times said of her in 2006, “a superlative Juliet, . . .she reminds me so much of Fonteyn”.

Carlos Acosta has specialized in classical roles and magnetic performances due to the brilliance of his acting skills. He has also won many medals and prizes and has danced as an International Guest Artist in Europe and America and with the Royal Ballet as a Principal Guest artist since 2003. Acosta recently performed with Tamara Rojo and The Royal Ballet cast at the opening night of Romeo and Juliet at London’s O2 arena in June 2011, to an audience of 13,500.

Tamara and Carlos will perform with the aid of the Queensland Government Super Star Fund, which gives Queensland audiences the chance to see international stars in their own backyard, and for local companies to work with the stars to help develop their own skills.

With magical music by Sergei Prokofiev and costumes lent by the Birmingham Royal Ballet, the show will be seen between 27th June and 5th July 2014. It will celebrate the 50th anniversary of the work’s creation and the 450th anniversary of one of William Shakespeare’s great tragedies. 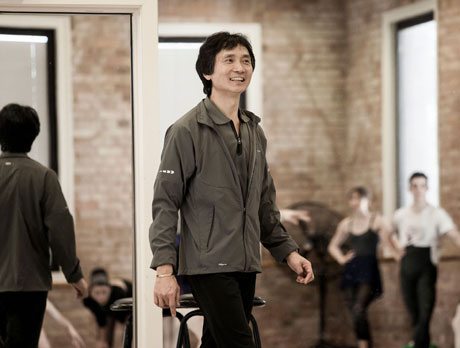 Of all the ballet’s in the world to have secured this is perhaps one of the best possible outcomes that Li Cunxin could have ever secured for his young company.

Producing the greatest love story ever told is a huge event and a really big deal. It has so many emotions to consider; young passion, feisty people engaged in envious behaviour and the final devastation of young people dying for love.

The dancers have to provide structural depth and to project pathos, a celebration of humanities heroic qualities in harmonious proportion to ensure success.

Securing this exclusive production for Queensland Li Cunxin said recently it was “an honour for a company of our size to be trusted with this world-class ballet”.

Knowing his high standard of renowned excellence, it’s sure to be a wonderful experience and ballet aficionados will be getting in early to grab the best possible seats.

Portraits in the National Portrait Gallery Canberra document a moment in time for those whose lives made a difference to others memorable, macabre or otherwise