Congratulations to Fiona Wright, poet and essayist, longlisted for the 2016 Stella Prize for Women’s Literature. The winner of this prestigious award will be announced on Thursday 10 March and will receive a prize of $50,000.

Fiona Wright’s Essays on Hunger express purity of purpose, courageous intelligence and a prudent compassionate revelation of the complex layers of anorexia, an extremely debilitating and very serious disease.

Her poetic sensibility, finely tuned literary crafts, acutely honest championing, enlighten the reader with knowledge and understanding about the diverse factors of the disease.

Her experiences are empirically unveiled to disclose her quest and search for wisdom and understanding through the essay form of literature.

They are sympathetically corroborated by the varied encounters of other sufferers.

This is a book of truth, exploration and discernment where Fiona Wright’s inner turmoil and dialogue is generously shared with her readers. Her sensitivity to details, her struggles with self-doubt and vulnerability in the essays are eloquently communicated and intensified by her journalistic background, perceptive research and clarity of style.

The collection of ten essays is connected by the powerful theme of perhaps the gravest and most dangerous addiction, an all-consuming dependence on hunger. The effects of this addiction to hunger are manifold and intensely severe. They range from bizarre habits, emotional impotence to cruel physical and cognitive effects.

The sufferer’s obsession with hunger can isolate and ostracise them from both people and experiences. They can be disconnected to people place and culture. The visible abhorrence of others reinforces this isolation and fuels further withdrawal. 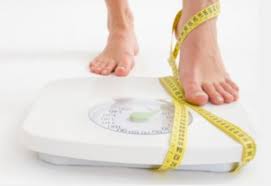 This equates to incapacitating emotional and psychological pain and a disintegration of the self.

The disease can ultimately deprive them of the ability to experience intimacy.

The endless physical devastation and damage to vital organs includes shrinkage to the heart and stomach and chronic bladder conditions.

Sufferers may contend with slipped disks from continuous vomiting and loose teeth.

The underlying outcome is accelerated aging.

Their emotional well-being is exacerbated by the continuous regime of starving the body. This process of starvation results in incessant hospital visits, admissions and outpatient schedules.

Fiona Wright writes “one of the most profound changes in the anorexic brain is a rigidity in thinking, an inability to adapt cognitively to sudden changes, to let go of small details that don’t matter; and it’s certainly evident in the way that we eat, or think about eating.”

Fiona Wright explored the intrinsic compulsion of starvation.  She cautiously describes the qualities and state of intensity and perception that hunger creates in the body. Thus hunger forces the sufferer inward into a spiralling abyss.

It was strange to learn the power of the addiction to hunger is sensual in nature.

Her own addiction to hunger developed from a rare physical condition which took a lengthy time to be diagnosed and would later also aggravate her anorexia. In addition she was forthright in her admission that her personality allowed hunger to dwell in her whole being.

The concept of being ‘small’ and slowly disappearing is featured in the first essay In Colombo and is further explored throughout the book especially in the essay In Miniature.

I made the connection with the comment about the character Ruby (a sufferer of anorexia) from the novel Every Last One by Anna Quindlen. “In retrospect I wondered if she was immersing herself in notions that made her feel small before she took the next step of actually making herself small.”

Fiona Wright’s drive to disappear comes from anxiety, fear and uncertainty about her place in the world. She desperately wants to shrink to an almost invisible size so the space she inhabits in the world becomes very small.

Sadly and paradoxically the smaller she becomes the more prominent she will appear in society. The outer reflection of appearing offensive is often how suffers of anorexia view themselves within.

The hunger she experienced and the wasting away of herself was deeply interwoven and interconnected with her writing. Accordingly she feared a loss of self would be paralleled by an inability to write. This agony and anguish was threatening her survival both as a person and professional.

It took Fiona Wright more than two years, after realising she needed to be well, before she recognised she was anorexic. Like alcohol, drugs and gambling the fight for survival and recovery is ever present.

This very complicated illness creeps up on its host and invades their every cell. The specifics of the disease are different for every patient.

This is a book of brutal honesty, unwavering fragility and excruciating pain. But above all it is about survival and unscrambling some of the mystique surrounding anorexia.

Much of the secrecy associated with all addictions is unfolded in these ten flawless, delicate, poignant and discerning essays.

The popularity of essays is very overshadowed by the novel. However, Fiona Wright puts the essay back in the forefront of a ‘must read’ book.

I hope Fiona Wright has been enlightened by her own personal epiphany and made discoveries that make this world a safer place for her and other suffers of this cruel and disorienting illness.

The Webb Ellis Cup a symbol of social wellbeing for those playing in the Rugby World Cup 2015, has a pineapple finial on the top, but what does it really mean?