Anyone in the audience for the landmark concert when the Sydney based Australian Brandenburg Orchestra (ABO) and Brisbane based C!rca Contemporary Circus, an ensemble of multi-skilled circus artists under the direction of Yaron Lifschitz joined forces in 2015 will, in May 2017, be shouting Ole!

Hold your Breath! They are coming back together again for an all-new spectacular Spanish Baroque: Brandenburg and C!rca, May 3 – 16, 2017. 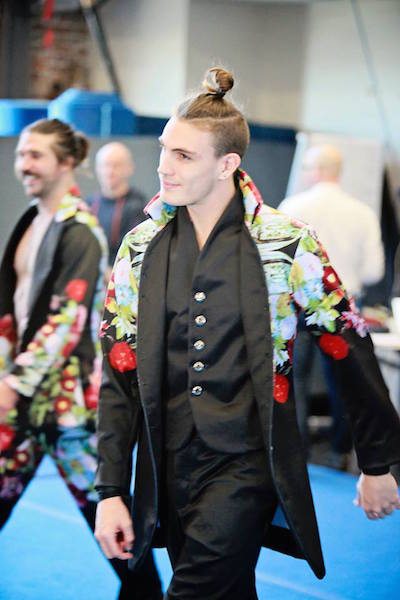 Founder and Artistic Director of the ABO Paul Dyer AO will be offering a ‘fearless fusion of Baroque music and contemporary circus to marvellous toe tapping music from the ABO’s Aria Award winning CD Tapas.

Their collaboration should ensure there is a SOLD OUT sign on the door in Brisbane, Melbourne and Sydney.

In a day and age when visual imagery is an important aspect of any presentation, the ABO proves all our perceptions are formed by the context in which we encounter the visual and performance art forms of our society.

They constantly exceed all the expectations of their subscribers, fans and followers.

The merging together of powerful seventeenth century Baroque musical forces playing songs, dances of love, fire beauty and freedom to accompany beautiful movement by the talented and really quite awesome Circa performers, will make sure the audience will want to jump to their feet and join in too, as intense emotion is sure to be involved. During the era renowned for its Baroque musical style in Europe (1600 – 1750) pastoral poetry was often reflected in the music which when refreshed by medieval theatrics were revived in the form of the masque where the spectator and their reaction became integral to the performance. The masque created a tradition of ‘immersive, operatic scale performance’, exploring the eternal tensions between heaven and earth, sacred, profane, night, and day.

Putting the highly acclaimed Circa performers together with the beauty and joy of Baroque music seems to me like the perfect fit, offering both sensory pleasure and visual delight.

The track listing for the ABO album Tapas provides a diverse array of stunning music, with works by the Italian composer and lutenist from Naples Andrea Falconieri (1585 or 1586 – 1656), the Italian composer, gambist, singer and priest Claudio Monteverdi (bap 1567-1643) and Venetian lute player and composer Johannes Hieronymus (Giovanni Girolamo) Kapsberger. 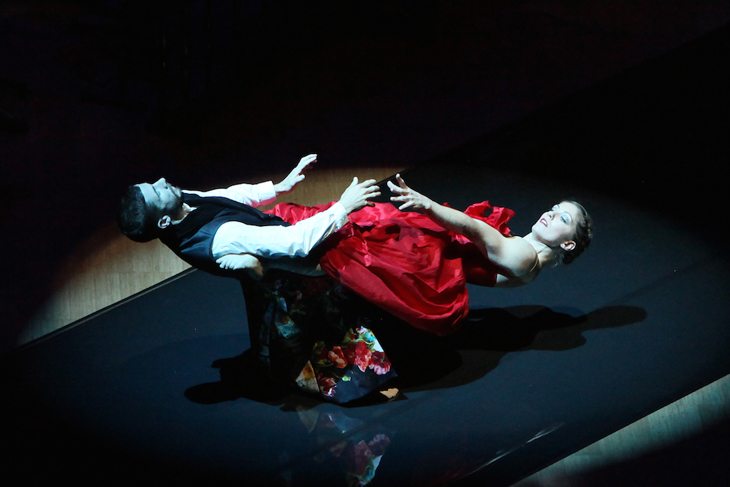 Details are sketchy about Kapsberger, although we know he was considered a virtuoso after 1605 when he moved to Rome. A virtuoso of the lute and ‘chitarrone’, a large bass style of lute (theorbo) which was developed around 1600, he influenced others who followed. His Toccata arpeggiata is an uplifting work improvised by playing broken chords on a plucked string or keyboard instrument – the Italian arpa meaning harp. He said in the preface of his first publication of 1604 ‘the strokes are to be reiterated for the duration of the indicated time’. Falconieri may be regarded by some in a ‘second tier’ of composers of the period, but his music helped bridge a gap between the late Renaissance and early Baroque style. His much admired Ciaccona from il Primo Libro di canzoni originates in the passionate sounds of Spanish folk dance.

Claudio Monteverdi was an exceptional musician, applying himself to the pursuit of his passion – music that combined the power of meditation with poetry, perfect for contemplation.

He embraced his age’s victorious rhythms and melodies, becoming the greatest baroque poet, creating works that at their heart explored the secret depths of the human soul. As the beauty of the Baroque music played by the musicians of the ABO has never been more alive and superbly presented as it is now, this is surely the time to engage with the era of music remarkable for its unity of style, eloquent spirit and sounds of unparalleled intensity. When performed in the City Recital Hall, Sydney, the Elisabeth Murdoch Recital Hall, Melbourne and in the Concert Hall at QPAC at Brisbane, Spanish Baroque: Brandenburg and Circa is sure to receive an enthusiastic response from the audience.

Do yourself a treat if you are new to this style of music. If ever there was a Baroque concert to see this is it; the perfect introduction concert, one you will never forget. The dazzling entertaining production of Buyer and Cellar by Jonathan Tolins, featuring Ben Gerrard at the Ensemble Theatre Sydney is a winner, says Rose Niland