Daniel Craig at the photocall for Spectre; Karwai Tang/WireImage.com

Cutting a fine figure, James Bond (Daniel Craig) is on the hunt for a visible incorporeal spirit one of a terrifying nature; but is the head of this terrible organisation a ghost; a phantom or an apparition.

MI6’s enduring agent wants to find the man who describes himself as the author of ‘all his pain’, head of the Special Executive for Counter-Intelligence, Terrorism, Revenge and Extortion – the source of all terror or dread in the world; Spectre

Putting events and things that happen to us into context is always chilling, especially when we realise that whether unwittingly and unwillingly we may have contributed without knowing, to putting into motion a chain of events over which we certainly have no control. Often they lead directly back to a moment when we may have said or done something in all innocence

From Mexico City to Rome, to London and Tangier and from Morocco to Austria, in the all new 007 thriller-Bond movie Spectre soon to be released, James Bond discovers he is the common denominator that links all the pieces in a global jigsaw puzzle, one that has cost many lives along the way. They will continue to do so unless he intervenes.

It’s been a long journey for James, starting in 1962 with the story about the reclusive Dr No who lived on Crab Key, an island off the idyllic Caribbean destination Jamaica.

The intelligence he gathered and a hunch led him to Crab Key where he first sees the lovely a shell diver Honey Ryder (Ursula Andress) emerging from the ocean in her white bikini, a Bond defining moment.

Captured, he also hears mention for the first time of Spectre and realises that there is much more for him to find out.

The Bond franchise has celebrated its 50th anniversary, presenting some 24 movies to date and over the last few months I have enjoyed watching every one of them again from a Dr No (1962) standing start to Skyfall (2012).

What an adventure that has been, from the days when computers took up most of a room, to the intricacy of the extraordinary devices that James Bond uses today, it is certainly one filled with interest and excitement.

Sean Connery certainly won out in public opinion for a long time over all the other Bonds. For many he certainly fitted Ian Fleming’s hero’s character like a glove, suave, urbane, resilient, persistent, stubborn, down to earth while sophisticated with compelling looks that challenge you to want to find out more about the man behind the mask.

In Casino Royale James Bond was trying to outsmart his rival at cards once again, and we were reminded about Spectre, which while mentioned a lot over the years had seemingly been written out of his confrontational timeline for a long time, well until now. Spectre is now set to becoming a world dominant organisation. It’s been quietly growing in the shadows for a long time until, in this new action this day thriller, everything changes yet again.

James Bond is now on a hunt to find the head of this evil organisation and bring them both down. 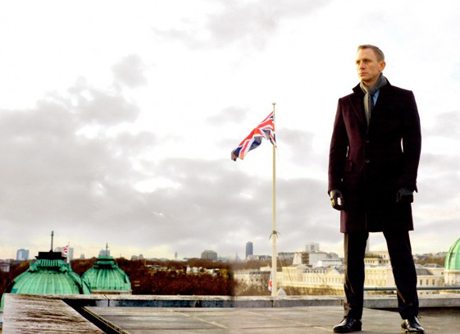 We would have to acknowledge James Bond is one of the most successful movie franchises in history in that it has continued to peak each generation’s new interest for more than half a century.

With this story bringing to a close a really big chapter in Bond’s and the franchise’s life are we now ready for a new age much younger Bond?

Will this be Mr Craig’s last appearance?

Personally, I would have thought so… there is always a time to say goodbye. And the time is ripe to re-invent the character.

If they ever wanted to end the franchise this would also be a good time. However, we will all have to wait and see, secrets are part of the game in both life and fantasy. Aston Martin’s association with the original films has endured and the car company flushed with such great success, have designed a new car just for Spectre, which will start in cinemas around Australia in time for the summer holiday Christmas season. Wonderful use of technology and the refinement of film techniques have allowed directors of James Craig’s Bond films to date, to take their storyline further than ever before.

The screenplay has been written by John Logan with Neal Purvis and Robert Wade all channeling the late author Ian Fleming’s fabulous character.

Daniel Craig for me having just enjoyed my Bond marathon, is the best Bond to date.

He has imbued his James Bond movies in his own endearing and appealing way, proving that he’s certainly as persistent and stubborn as the fabulous ceramic bulldog M (Judy Dench) left him in her will when her sky fell in.

The Bond ladies this time are the very lovely Lea Helene Seydoux-Fornier de Claussonne as Madeleine Swann and Monica Bellucci, a well experienced mature and beautiful woman as Lucia Sciarra.

They just may be a match for our hero. 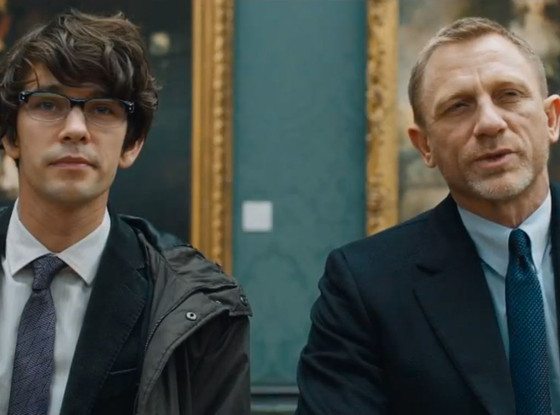 Based on Ian Fleming’s James Bond

Distributed through MGM and Columbia Pictures

Synopsis: In the aftermath of Raoul Silva’s attack on MI6, a cryptic message sets in motion events that will see James Bond come face-to-face with the sinister organisation known as SPECTRE. As Gareth Mallory, the newly appointed M, continues fighting political pressures that threaten the future of MI6, Bond follows a trail from Mexico to Austria and Morocco as he is drawn into a confrontation with an enemy from his past; one who holds a dangerous secret that will force him to question the value of everything he has fought to protect