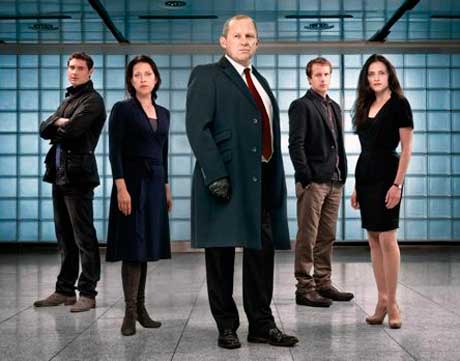 BBC One’s multi award winning drama thriller Spooks has come to a fitting end in England after ten terrific series, reports our London correspondent. This intelligent show about the British Security Service and the challenges its operatives and personnel face on a daily basis, has always been completely compelling. The final six episodes of the spy series focuses on the story of Sir Harry Pearce KBE, played brilliantly by actor Peter Firth for over nearly a decade. Harry has been Head of Counter-Terrorism Department at MI5 since 2002 and Firth the only actor to appear in every episode. It was fitting the creators chose to play out the end of this sometimes controversial, but always exciting show, by bringing Harry forward into the spotlight after all the years of being in the background. 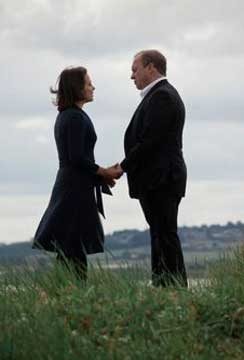 Harry has gone through a great deal to keep his operatives working in Thames House close, and those working out in the field, alive. In this final series here are some surprises, some famous faces and a few puzzling moments as each episode is related around the story of its two central characters, Ruth and Harry.

Season Ten features Harry’s current operatives. Dimitri (Max Brown) who has a relaxed style, which belies the steely determination he has to always deliver the goods. Calum (Geoffrey Streatfield), a strong slick Spook, so laid back he often seems completely out of the picture until required to play the game and does that better than most and Erin (Lara Pulver),  a very self-assured good leader. She is always fair, doing her job with flair while living her life to the full. Then there is the quiet, intelligent and awesomely cool Ruth, whose meticulous research has always meant Harry could know the truth, no matter what the cost.

The thrilling nail-biting finale has several twists and turns that leave you breathless and only wanting more. 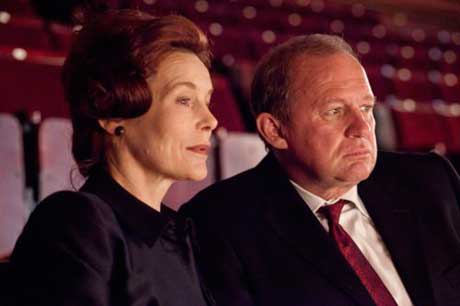 Harry and Elena, a terrifying tale of deception

As the first episode of the series opens Ruth has left the grid and gone to work for the Home Secretary. Her unique position is very helpful for her old team players back at MI5. The game is afoot and she has to carry out a mission right under the noses of the C.I.A. inside their London headquarters. Only Ruth could remain so calm to complete the task at hand.

Harry’s affection for the very cool, and still beautiful Elena, the wife of Ilya Gavrik (Jonathan Hyde) Russian Minister for International Development former KGB Operative and an old adversary of Harry during the cold war, is very apparent. Elena secretly kept Harry warm during the cold war and Alice Krige plays her confidently, as a lady of polished, steely and stylish elegance. She is a Russian ultra nationalist double agent, a complete fanatic willing to sacrifice everything and everyone, on the altar of her beliefs, including her son Sasha (Tom Weston-Jones), whom Harry believes is his. 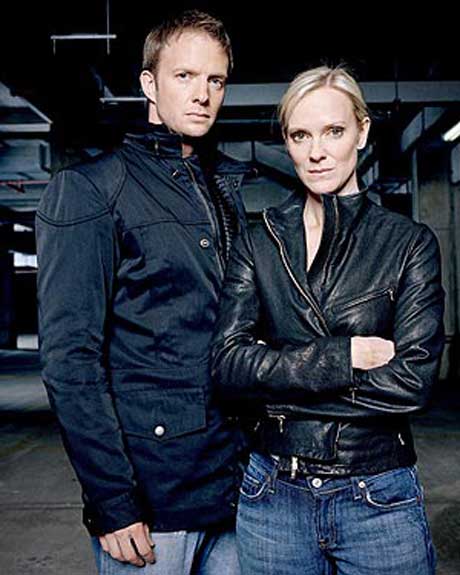 This amazing drama series has attracted strong viewer loyalty and much critical acclaim for the BBC during its long run. The long list of deceased stirs up a whole lot of memories, not only for Sir Harry but also for viewers, who have invested heavily in many of the characters and their lives over the years.

Giving one of the series most popular characters of all time, Tom Quinn (Matthew Macfadyen) a small cameo right at the end of the last episode was a delightful surprise. Tom had always held Harry’s affection although ‘pensioned off’ in the second episode of the third series, when he seemingly lost his way. He was one of the few Spooks to survive.

A book about the series reveals that after he left he married the former CIA agent Christine Dales, whom he loved, as well as founded ‘Trans Atlantic Security’. In the final episode Sir Harry hires ‘TAS’ to eliminate the Russian who brainwashed Elena, experientially leading to Ruth’s death.

Actor Peter Firth has been outstanding in the role of Harry Pearce, the intensity of his character is a pinnacle of achievement in his career. Harry has been the rock, the one person all operatives knew they could count on. 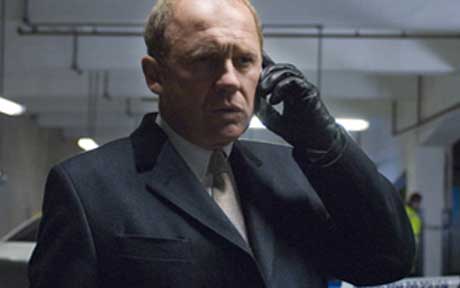 Harry's still has his gloves on...

The Home Secretary also knew that he could always trust that Harry was giving him the right intelligence, especially when the chips were down.

Firth relished the role, plumbing the depths of his deepest emotions, especially misery. Harry would often go off to a dark place and it was always Ruth who would bring him back to reality.

It certainly didn’t do to cross Sir Harry. If it happened his deeply embedded ruthless nature would come quickly to the fore and the protagonist would be quietly and quickly taken down and out. For years Harry called his former Home Secretary Nicholas Blake (Robert Glenister) friend and remarked that he was a ‘decent politician’ when his party lost the election, forcing Blake to leave office. During a later operation Ruth’s painstaking research reveals that Blake had in reality been a covert villain in disguise and she has to inform Harry. This is just too much and he drops everything and leaves the grid. Hours later he turns up in Scotland at Blake’s house with a bottle of aged whisky he knows his former friend likes. 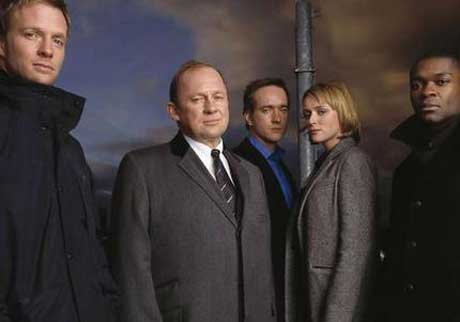 As they imbibe together and talk old times Blake suddenly realizes Harry is still wearing his leather gloves, which points to the fact he has been poisoned. It happens just slowly enough so that Blake realizes that Harry came to perform the dastardly deed in person, as a payback for Blake’s involvement in the murder of the beautiful Ros and his successor. He dies agonizingly grabbing at Harry’s feet as he, resigned to his former friend’s fate, picks up the evidence, two crystal glasses, the bottle and leaves. Revenge is best served aged and at room temperature it seems. No stories about turning the other cheek or forgiveness here.

What a powerhouse series Spooks has been for the BBC, despite spy writer John le Carré giving producers a hard time occasionally over what he considers its inaccuracies. For the viewer however, it has been fantastic entertainment, sometimes so gripping in its intensity, that it has been easy to get caught up in the reality of its fictional world and lose track of time. 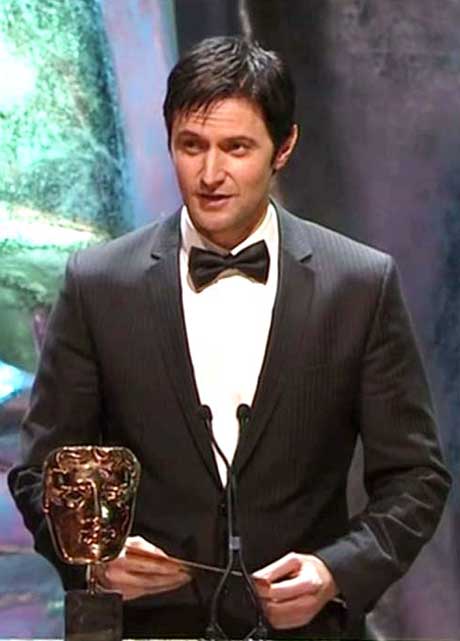 Luke, or is it John? - Actor Richard Armitage presenting at the Bafta Awards

The great list of great British actors who have played alongside Sir Harry, include Hermione Norris as Ros Myers. She twice won the Crime Thriller Awards as Best Actress. Her steely determination to work for the ‘greater good’ was at times totally awe inspiring, as she played a woman bound up in the world of politics, espionage and high ranking contacts. These included the all new Home Secretary Andrew Lawrence (Tobias Menzies). Ros seemingly grows an emotional attachment for him and won’t leave him after he is injured, even though the building they are in is about to blow up, which it does killing them both.

The show itself has been best drama series on British television winning Bafta Awards in 2003, 2005, 2006, 2008 and 2009. The executive producer Jane Featherstone, who is also producing the new hit series ‘The Hour’, said it had come time for the series to end and go out on a high note, not wait until it had overstayed its welcome.

She said she believed Spooks had been the most demanding series that she and her team had ever worked on. It has certainly been one of the greatest, with its fast-paced, thrill a minute, high-octane contemporary style.

Its sensational musical score was a highlight of a show that was always breathlessly gripping, full of smart writing, lots of slick action, mind numbing performances and atmospheric direction.

Over a decade Spooks incited people to protest and complain about the record number of characters it killed off. The ending that takes place is perhaps the best scenario possible and, should be completely satisfying for all those fans who have gone the distance. 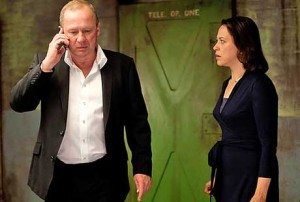 Hello, my name is Carolyn McDowall and I would like to welcome you to the October edition of Muse~News the newsletter of The Culture Concept Circle (The Circle). We hope this issue demonstrates our purpose well and that Muse~News will become of increasing value and interest to our readers. Our…