The important thing in life is not the triumph, but the struggle, the essential thing is not to have conquered, but to have fought well* 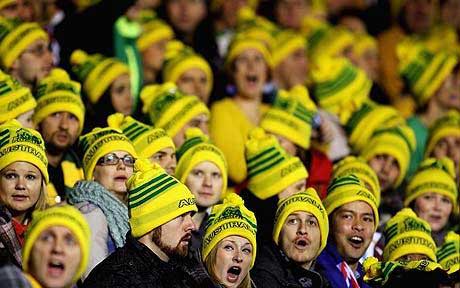 More recently cyclist Cadel Evans and tennis player Sam Stosur have provided great individual role models for young Australian sporting enthusiasts. In Australia sport is integral to our life. Like our art works it is about who we are and what we represent as a nation; to deny that fact is to miss out on a great deal and to also deny a reality. The climate and economy provides ideal conditions for Australians to participate in and watch sports. Such is our population’s devotion towards sport it is sometimes described as being “Australia’s national religion”. Beach sports are played in summer and winter sports have great diversity, dependent on the part of the country you are in.

Today sport, like art, is an elite professional occupation that should always be about the pursuit of excellence and never about being elitist. Sport is all about how we win stylishly and lose gracefully, about always seeking to play the game well. 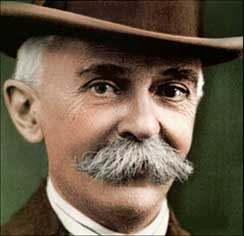 The Olympic Games and the Rugby World Cup are co-travellers on the road to bring about a worldwide art of sport and, in that regard we have a lot to thank Paris born pedagogue and historian Pierre Frédy Baron de Coubertin (1863 –1937) for. His was the vision and the power of one who championed the healthier aspects of team and individual sports during the late nineteenth century. He wanted to promote a greater understanding between the modern world’s nations and to help lessen the dangers of war.

Courbetin believed in the model of the ancient Greek Olympic games and character-reforming influence of sport on cultural growth and development. He saw sporting games as the ultimate competition between nations for challenging both physical prowess and mental strength. He believed they advocated the philosophical ideal for athletic competition, which was more than the competition itself. That the struggle to overcome one’s opponent was far more important than winning a prize. He founded the International Olympic Committee and the re-establishment of the Olympic games with the first event at Athens was passed unanimously on 23rd June 1894.

Coubertin grew and defined his love for sport following a visit to the Rugby School at Rugby, Warwickshire, England in 1883 and a second visit in 1886. He wanted to see for himself how its renowned program of physical education worked. The school’s tradition dictated its male students learn ‘first religious and moral principle, second gentlemanly conduct and third academic ability’.

It was at the time under the influence of its most renowned principal Thomas Arnold and Coubertin responded to his programs and was inspired by his vision. The Rugby School’s website says the game of ‘Rugby’ style football began in 1823 when a local lad William Webb Ellis invented the game. Hundreds used to turn up and join into the melee with its many maul’s and tackles.

After a time the numbers had to be reduced as safety concerns took over after 1839, when Queen Adelaide visited the School and the School House (75) played a game versus The Rest (225). What Coubertin saw on the playing fields of Rugby and other English schools he visited was how that in England sport had an aim of creating moral and mental strength.  Games were to help set the mind and body in equilibrium. First developed by the ancient Greeks this approach to education was one he wholeheartedly agreed with and to ensure its revival he dedicated the rest of his life and efforts to the arranging, structuring and promotion of sport. 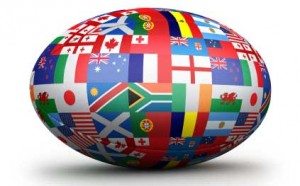 …‘well, the match is for the best of three goals; whichever side kicks two goals wins: and it won’t do, you see, just to kick the ball through these posts–it must go over the cross-bar; any height’ll do, so long as it’s between the posts. You’ll have to stay in goal to touch the ball when it rolls behind the posts, because if the other side touch it they have a try at goal. Then we fellows in quarters, we play just about in front of goal here, and have to turn the ball and kick it back before the big fellows on the other side can follow it up. And in front of us all the big fellows play, and that’s where the scrummages are mostly…’

The classic novel received its umpteenth screen adaptation with the brilliant actor Stephen Fry as Arnold (2005) and 200 Rugby boys acting as extras, stylishly dressed in waistcoats, tails and top hats, which they duly fling into the air when recreating the original game.

The celebration, evolution and success of the Olympic games at Athens in 1896, the first of the modern era, strongly motivated Coubertin. He designed the Olympic symbol, the 5 multicolored, intersecting rings to symbolize the union of 5 continents and the meeting of athletes from all countries. They were expected to enter the fair and frank games with goodwill. When he died per the wishes of his last will and testament, Coubertin’s heart was removed from his body and buried near the site of the Ancient Olympic stadium, where it had always been. Following a tenuous start in 1986 the Rugby World Cup 2011 is now the third biggest sporting event behind the modern Olympic Games and FIFA World Cup, having achieved its goal of merging traditional powers with new and emerging nations to make it a truly worldwide sport. From its early beginnings the idea was to have The Rugby World Cup run by a world body established for that purpose and not businessmen or television companies interested in simply making money.

In keeping with the ideas of the ancients to unite intellectual feats to the physical displays at Olympic Competitions the establishment of art competitions was agreed upon when they started again. These have evolved today into the host country holding a festival during the cup to showcase its arts, architecture, design, culture and lifestyle to people from all over the world. 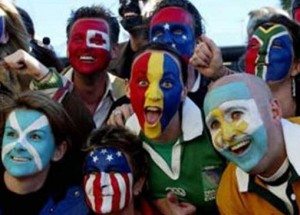 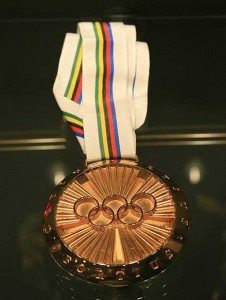 Pierre de Coubertin medal, also known as the De Coubertin medal or the True Spirit of Sportsmanship medal, is a very special medal given by the International Olympic Committee to those athletes who demonstrate the spirit of sportsmanship in Olympic events

As the teams compete tournament rules apply. In each of the four pools of players, the winners keep on advancing until there are only two left to play the final. Just to qualify in the first twenty has meant there have been 184 matches involving 80 nations across 30 months of time. The Russians are the mystery opponents, as being their first time they can keep everyone guessing about their game.

From fencing to boxing from cricket to Rugby to swimming, the frequent intercommunication with other nations is important in the world of sport. At an international level of professionalism rules guided by professional referees help keep everyone’s tempers in check and teach respect for a different point of view. 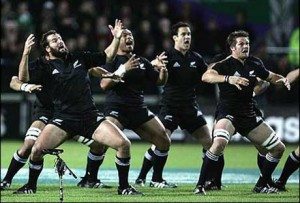 Evolving out of a traditional dance format in New Zealand War haka (peruperu) were performed by warriors before a battle, proclaiming their strength and prowess in order to intimidate their opposition. Today haka constitute an integral part of formal or official welcome ceremonies for distinguished visitors or foreign dignitaries, serving to impart a sense of the importance of the occasion

Participating in sport also helps people discover just how to build on previous failures. It has a great capacity to assist in bringing about peace in our world. Healthy competition rather than battles and wars is a great goal everyone can get behind to help kick.

The modern Olympic Games and the Rugby World Cup have proved since they were established that sport is a great arena for interaction between peoples and cultures. Coubertin would be pleased.

O Sport, you are Peace! … from you, the young worldwide will learn self-respect, and thus the diversity of national qualities becomes the source of a generous and friendly rivalry*

With an intrinsic love of fashion, I have found myself marvelling at designs. Swooning at the cut of a pant, cooing at a cuff and sighing with delight from the touch of exquisite fabrics, so much so that sometimes I have to remember where I am. Shedding tears of sartorial…