Spotlight, a strong focussed light that characterizes and differentiates while shining on a cause, or a person, is the name of the division of The Boston Globe, an American daily newspaper out of Boston Massachusetts, where its top investigative journalists work.

Boston Globe reporters have been awarded 23 Pulitzer Prizes since 1966, so today when they speak, many people listen. The Spotlight team won this prestigious prize in 2003 for “courageous, comprehensive coverage in its disclosures of sexual abuse by priests in the Roman Catholic Church”.

Spotlight the movie shines its brightest light on the small talented team of reporters, who throughout 2001 investigated reputed child abuse in the Roman Catholic Church.

The Boston Globe‘s small but very astute group uncovered a conspiracy decades old, as over the years lawyers and public officials had assisted the Boston Archdiocese to hide the paedophilia of many of its priests, denying any form of justice for their victims. Rachel McAdams with journalist Sacha Pfeiffer, she portrays in the movie Spotlight

They began by investigating one priest in particular, Father John Geoghan, unwittingly opening a window on an ugly world. When at the beginning of 2002 they finally broke their story, they shone an illuminating light on the scale of abuse happening within the Boston Diocese.

The day the story broke would be the first day of freedom for victims, finally liberated from the horrors of their childhood.

However, this was just in Boston, where the Spotlight team discovered some 87 priests were involved, let alone the rest of the country or world at large.

Father Geoghan stood accused of molesting more than 80 boys, and if you multiply that by 87 the numbers become terrifying.

The day the huge story broke was ironically the twelfth day of Christmas, the 6th January 2002, the feast of Epiphany. This is the day when the Christian church, celebrates the anniversary of the day three credible witnesses found a baby named Jesus, who was then heralded as the ‘light of the world’.

This a story that, if we are honest no one really wants to know about, let alone believe has been taking place in their own street, suburb, city or country.

And, if we are truly being honest, we also know it’s only the tip of the iceberg. Liev Schreiber who portrays the Editor of the Boston Globe, Martyn Baron

The fine ensemble group of Hollywood actors involved with this movie are more than impressive, delivering a well-written script with great sensitivity.

Liev Schreiber plays the recently arrived new editor of The Boston Globe Martyn Baron. Starting with The Boston Globe’s archives, before branching out, Martyn Baron wants his Spotlight team to prove how deeply the institutional system of the Roman Catholic Church has failed in its fiduciary duty to its people, particularly its head priest, Cardinal Law.

Baron doesn’t want them to break the story until they have all the hard evidence to ensure they are on solid ground. After all, many prominent city, as well as church officials have been involved in this terrible cover up and he doesn’t want it swept under the carpet yet again.

Quietly spoken and highly credible, he supports his team to the hilt as through dedication and determination, they keep on the ever-expanding paper trail.

Members of the team include Mark Ruffalo as Mike Rezendes and Rachel McAdams playing Sacha Pfeiffer, both nominated for Best Supporting Actor and Actress at the Academy Awards 2016. They are ably supported by Michael Keaton as Walter ‘Robby’ Robinson, John Slattery as Ben Bradlee Jr. and Brian d’Arcy James as Matt Carroll with Stanley Tucci, a powerhouse as Mitchell Garabedian, the Boston attorney who has spent decades of his life pursuing justice for victims and survivors of sexual abuse The cover-up that Spotlight discovers is extensive, and the team find themselves surrounded by a conspiracy of silence, one they must break through if they are to make any headway.

Celibacy is held up as the number one issue at the root of the abuse in the Roman Catholic Church, which over the centuries since it had been strictly imposed, became integral to the church’s vision.

Its position on celibacy, which is today still intact, derived from the Council of Trent set down in 1563.

The council reaffirmed the Church’s tradition of celibacy, which had been on and off as fashions and time dictated, way back to before the church was founded when in Pagan society, temple priests were also meant to be celibate.

In December 2015 a report saying Pope Francis, current head of the Roman Catholic Church ‘intends to overturn the “centuries-old ban” on Catholic priests from getting married and to lift the banishment of divorcees from the Catholic Church’ would have been welcomed I am sure, despite it being after the fact. Mark Ruffalo as Mike Rezendes is quite superb in his role as the dogged reporter, who is given the assignment of having Garabedian (Tucci) open up to him on record about what has happened.

Garabedian is so busy looking after victims, he doesn’t want to talk to Rezendes in the first instance, because his paper has failed his clients in the past when he had previously tried to have them pick up the story.

However much like a dog with a bone, Mike is entirely relentless as he follows the trail of evidence and remains persistent, eventually gaining Garabedian’s full co-operation and respect for his integrity.

Decisions made down the years had nothing to do with the story at the beginning of the formation of the church as an institution, because most of the apostles Jesus chose, were for most part married men. The statistic we learn very early on is that in reality at least 50% of the Roman Catholic clergy, who are meant to be celibate, do not practice what they preach.

I have read reports on how all the team of actors involved had to go on their own journey in relation to this story. It called into question so many of their own perceptions about the church they had grown up with and how prominent a role it had played in their own families lives.

It is a moot point too that just about all of the Globe journalists involved had also been born and raised ‘Catholic’.

Daily they had their own struggle with the outcome, despite most being lapsed in their faith, except perhaps for their editor Martyn Baron who it is revealed is Jewish.

He’s determined to bring those involved to justice.

The team are all forced to face down their own paper’s failures, as they alarmingly discover just how many grassroots advocacy groups have struggled to have this terrible story told for two decades. They have constantly ignored in the past by the media even when they sent papers like The Boston Globe and others, hard evidence. Mark Ruffalo with Mike Rezendes the journalist he portrays in Spotlight

The Spotlight Team discover that many of these complaints date back to the early 80’s and were filed away in the ‘too hard’ basket by those in charge at the time.

As they face a wall of silence from the Church, Editor Walter ‘Robby’ Robinson enlightens lawyer Eric MacLeish (Billy Crudup), who has been involved in settling hundreds of cases on behalf of the church, that if he doesn’t cooperate there are two stories they are going to tell, one of which is how lawyers in Boston are turning child abuse into a cottage industry.

When Brian d’Arcy James, as Matt Carroll, discovers that one of the ‘treatment centres’ the Church has been committing their lapsed priests to for rehabilitation for decades, is only a street away from his own house and family, you can totally empathize with his personal reaction.

‘It may take a village to raise a child, but it also takes a ‘village to abuse one’ – how do you as a child, say no to God! 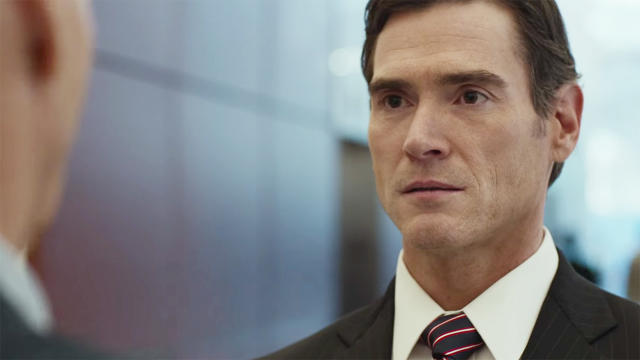 This is a cautionary tale, one that has implications for our moral and spiritual well-being.

If we fail to recognise and acknowledge our own human frailty, then it is a tale that will continue to be told over and over again.

Philadelphia publisher and civic reformer, America’s first distinguished historian of the European middle ages scholar Henry Charles Lea (1825-1909) over a century ago made a comprehensive study of church celibacy and closed his missive with a statement.

‘We may be on the eve of great changes, but it is not easy to anticipate a change so radical as that, which would permit the abolition of celibacy. The traditions of the past must first be forgotten; the hopes of the future must first be abandoned. The Latin Church is the most wonderful structure in history, and ere its leaders can consent to such a reform they must confess that its career, so full of proud recollections, has been an error’. Cardinal Bernard Law, at the centre of the scandal that rocked the Roman Catholic Church in Boston, uncovered by the Spotlight Team.

Cardinal Law (Len Cariou) the chief priest at Boston who had left before the story broke in The Boston Globe to work in Rome was forced to submit his resignation to the Vatican. It is unsurprising it was accepted.

By then the weight of the story was causing repercussions throughout the Christian Church around the world, and not just not the Roman Catholic division.

The Boston Globe unleashed some 600 follow on stories from its main one, after it revealed just how entrenched the abuse was.

In the movie Spotlight on the day the story breaks it’s eerily quiet in the main office when Mike Rezendes and Robby Robinson arrive late on Sunday morning.

When they arrive at their Spotlight office however, its a different story. It’s utter mayhem with all the phones ringing off the hook.

Sacha Pfeiffer and Matt Carroll, who have been there since early morning in case of a few inquiries, have already grabbed all the people they could find to help, as more and more victims surface. It’s a poignant place to end.

This story doesn’t turn its journalists into heroes, but portrays them as professionals working hard to uncover the real facts, admirably. No wonder it has been nominated for six awards, including Best Picture at the Academy Awards. The actors are all outstanding.

The thought that crossed my mind was that as our daily interaction with newspapers lessens, so does the investigative nature of critiquing our own society disappear, which puts us as a whole on rocky ground, unless we can adapt the majority to reading solid news Online, instead of just ‘surface skimming’ as statistics reveal that many do.

Interestingly, The Boston Globe had already put its newspaper Online before this story broke, which is why it was able to have far reaching effects and quickly.

The movie Spotlight certainly brings home the point ‘they (the church) knew all about the abuse and let it happen’.

Currently The Getty Center is showcasing Woven Gold, 14 monumental tapestries works of great art from French royal collection until May 1, in the city of Angels