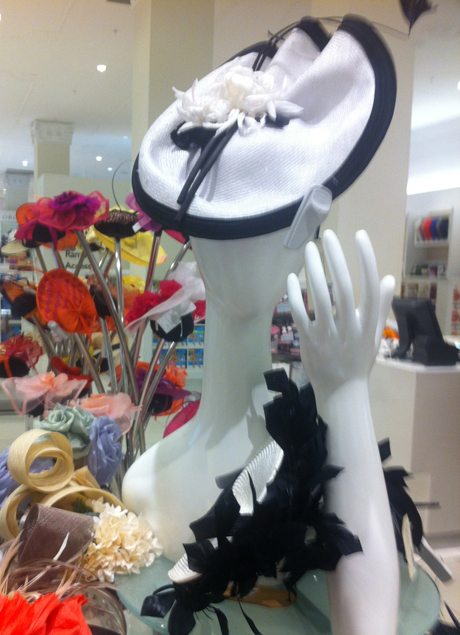 Springtime and the bird are on the wing, birdies, trees, blossom and events are all happening right now in Marvellous Melbourne.

The first Tuesday in November, as I write, only 25 sleeps away!

It’s time to get serious about what to wear on the day when Australians at home and abroad set their alarm clocks for 3:00 pm to listen to The Cup.

This is a day when Marvellous Melbourne lets its collective hair down, whether you go to Flemington Race Track for the real deal experience, listen in at home or party on, it’s always a great day, the Melbourne Cup.

A milliner’s paradise, ladies of all shapes and sizes not only frock-up at the track, hats abound – elegant, colourful, weird you name it and someone will wear it to the Melbourne Cup.

If you’re going to Flemington be sure and have your wet weather gear handy – it’s Melbourne, folks; icy or tropical downpours are not unusual. Hands up all those who haven’t seen Gilbert and Sullivan’s The Pirates of Penzance. Can’t see many hands.

Doesn’t matter, whether it’s a repeat or debut performance for you, G & S’s most popular musical comedy is always a huge amount of fun – jolly pirates, laughs, songs and romance; a great show for the whole family.

The Production Company is presenting a swashbuckling Broadway version of The Pirates of Penzance at Hamer Hall, which is integral to the Melbourne Arts Centre and scene. The performances run from 30th October to 3rd November.

This Broadway version was a huge success when it was first presented 30 years ago at Hamer Hall.

An added bonus is the opportunity to check out the recently completed magnificent $136 million dollar refurbishment of Hamer Hall – looks sensational.

A brilliant creative team, Dean Bryant and Andrew Hallsworth have pulled out all the stops to stage this colorful extravaganza.

Mathew Frank conducts a score that includes many of Gilbert and Sullivan’s most popular numbers: Poor Wandering One! When the Foreman Bares his Steel, With Cat-Like Tread and Away, Away, and My Heart’s On Fire.

Starring a dashing young cast including Gareth Keegan as Frederic, Adam Murphy as the Pirate King, Brent Hill as the Sergeant of Police and the hilarious Wayne Scott Kermond is Major General Stanley.

Ever thought you could whip up a soapie script with a mint julep in one hand and your ballpoint in the other?

Know you can do it, just need a few pointers to get going? UK playwright Julie McNamara has developed performances, which have started as a cassette tape, a bundle of memories, a chance archive of a notorious ship. With these elements she has written her own performances and collaborated with others.

Julie is visiting Melbourne on her way to the Interacting Festival in New Zealand. Join her for this unique opportunity to get advice on your creative idea, and workshop your material in an inclusive and supportive environment.

OR if you’ve already downed a mint julep or three and have finished a first draft, share your output with other writers by rocking along to:

A monthly meet-up for Victorian writers, you are invited to come and celebrate your milestones, share details of your current project and delight in conversation with supportive fellow writers.

Join in with other writers to invoke the grand tradition of 19th century literary salons without the pretense. FREE but bookings essential. 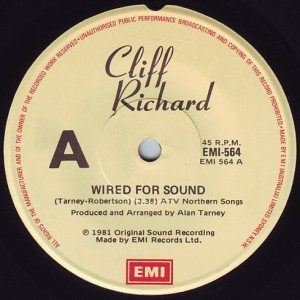 The Ian Potter Centre: NGV Australia at Federation Square is presenting an exhibition Wired For Melbourne Sound that reflects the creativity that exists within the independent music scene.

The venue for the exhibition is the Ground Level, NGV Studio and it’s on now until 27th October.

Melbourne has long been recognised for its diverse independent music scene. A major strength is the relationship between local musicians and visual artists. Many musicians are also practising artists, and artists from both genres often inform and inspire one another’s activites. Wired for Melbourne Sound sees NGV Studio transformed into a fully functioning recording studio, where a “super group” of Melbourne musicians, named Batman Park, has been formed. Comprising leader Alex Badham, Pascal Babare, Jess Cornelius, Lachlan Denton, Thomas Mendelovits and Evelyn Morris, the group is collaborating on the writing, recording and production of an EP and video clips. The EP will be launched as a compact cassette tape with digital download, with an album cover designed by Rick Milovanovic.

In conjunction with the recording studio, there is an exhibition component focusing on the recent history of Melbourne’s independent music scene. This comprises of an installation of documentary photography, and includes works by Lauren Bamford, Leah Robertson, Mia Mala McDonald, Karl Edwin Scullin and Pat O’Neill.

Features of the exhibition include a listening and viewing room, a “salon hang” of recent vinyl cover art, projection of footage provided by independent record labels, musicians and artists. And, for something completely unexpected, there is a karaoke stage where visitors are invited to sing along to tinnied-up versions of Melbourne’s indie songs. Entry is free. Well that’s it from me musing on springtime in Marvellous Melbourne – so much to do, so little time.

We hope you will be able to ‘back the winner’ or attend the events we have listed and stay tuned for our upcoming series: Sensational Summer in Marvellous Melbourne.