His life was gentle, and the elements
So mix’d in him that Nature might stand up
And say to all the world, “This was a man!”* Is the Shakespeare First Folio the most important secular book in the history of the western world? What has been your experience with Shakespeare? How were you first introduced to his plays? Did that have a negative or positive effect on your view of him? That August institution, The Bodleian Libraries at Oxford in England, in the year of the Cultural Olympiad and the World Shakespeare Festival, invites Shakespeare lovers to join their Sprint for Shakespeare Campaign and help them digitize and publish online the first collected edition of Shakespeare’s plays. This will enable and embolden people all around the world to study the work of the Bard, as printed in his rare First Folio of 1623.

The move is supported by great names from the world of arts, culture and academia; Academy award winning actress Vanessa Redgrave, actor Stephen Fry, acclaimed theatre director Sir Peter Hall, Founder of the Royal Shakespeare Company, celebrated theatre producer Thelma Holt and well known Shakespeare scholar Professor Jonathan Bate from the University of Oxford. Ms Redgrave made the first donation and is leading the campaign champions. She said: “I am very happy to help the Bodleian Libraries raise funds so that the First Folio of Shakespeare’s plays may be read and studied online; this will be a wonderful achievement.” 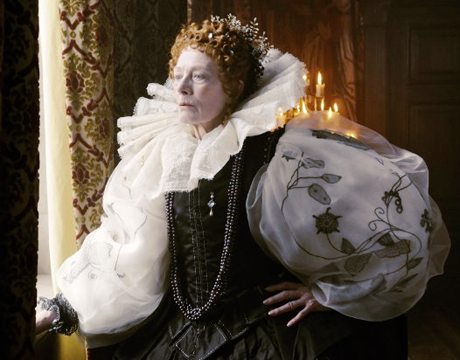 During her amazing and very distinguished career in the theatre and on film, whether television or the movies, Vanessa Redgrave has been a master wordsmith, renowned for using her power of persuasion to achieve many successes for human rights and for both peace and progress.  She rose to prominence in the 60’s with the Royal Shakespeare Company and was proclaimed by 20th century playwrights Arthur Miller and Tennessee Williams as the ‘greatest living actress of our times’. Now 75 she still pops up in unexpected places from time to time, playing alongside Sigourney Weaver recently in an episode of the American TV drama series Political Animals, she was in fine form. She is a member of a famous family of actors, whose birth was amazingly announced by Sir Laurence Olivier at a performance of Hamlet at the Old Vic, so we can say she has an invested interest in Shakespeare and his works since she first appeared in the world. 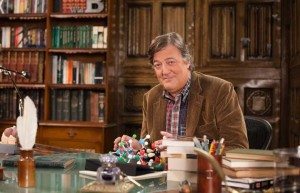 Stephen Fry, that talented British actor, comedian, author, journalist, broadcaster and film director also gave a statement to the Bodleian. He said ‘First Folio as a phrase sounds so distant from our everyday lives, but this priceless and extraordinary collection of plays turned the world upside down (or should that be the right way up? every bit as much as Newton was to do nearly 60 or so years later’. 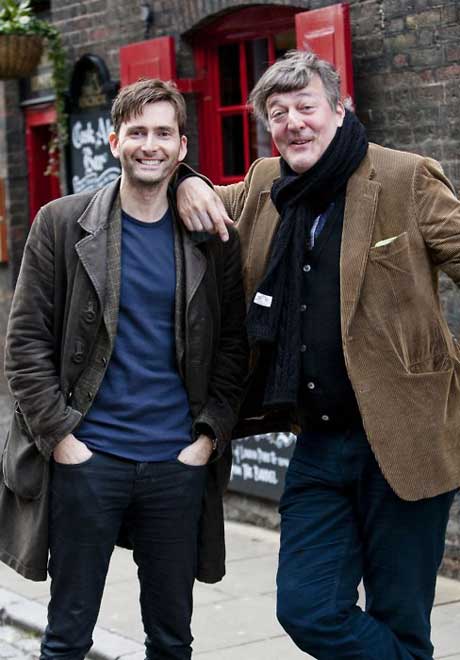 Fry continued…’The works of Shakespeare, now as much as ever, tell us what it is to be alive. The ambiguity, doubt, puzzlement, pain, madness and hilarity of existence had never been expressed so well and to this day never has. To bring the First Folio, the great authoritative publication, to everyone in the world via digitisation is as noble and magnificent a project as can be imagined and I whole-heartedly support the Bodleian and all those endorsing this marvellous enterprise.’

His recent foray into television, the BBC 2 production Stephen Fry’s Planet Word was an intelligent five part monologue surveying the evolution of language from ancient Sumeria the first linguistically identifiable urban literate society, to the contemporary world of blogging and twittering. The English language is reputedly the hardest language for other language speakers in the world to learn and embrace. It’s a mystery, mostly to the people who speak it, certainly for those who are trying to learn it and, for those desperately trying to understand and comprehend its many complexities. Studying Shakespeare certainly helps and to give students worldwide a chance to do that will be a significant achievement.

Said Professor Bate ‘There was a time when only advanced scholars, and people able to travel to the great libraries, had the opportunity to view the key copies of the Folio, but now the Internet has the capacity to make them available to everyone — the digitization of the Bodleian copy, with its strange and eventful history, is a great project.’ It will connect the whole world. Shakespeare, if he was still around, would be overwhelmed to know that this was even possible let alone probable.

Without the First Folio, half of Shakespeare’s dramatic work would have joined the scores of lost plays by other writers from the Elizabethan and Jacobean period: we would know nothing of heroines such as Rosalind, or Viola, or Hermione, or Cleopatra.

We would never have had ‘Friends, Romans and countrymen, lend me your ears’ (because we wouldn’t have had Julius Caesar) or ‘Double, double, toil and trouble’ (no Macbeth) or ‘Fear no more the heat o’th’sun’ (no Cymbeline). 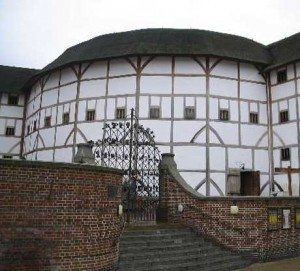 We would not have seen the famous engraving of Shakespeare, had his work divided into comedies, histories and tragedies, or known Jonson’s praise of him as a writer ‘not of an age but for all time’.

Quite simply, Shakespeare’s reputation in subsequent ages depends on this collection of his work, published posthumously in an ambitious publishing project led by his fellow actors John Heminge and Henry Condell and the publishing syndicate headed by Edward Blount, known for his significant list of European literary authors including Cervantes and Montaigne.

Dr Sarah Thomas, Bodley’s Librarian said: ‘The Bodleian copy of the First Folio has a special place in the Library’s history.  Its pages are not only evidence of Shakespeare’s literary genius but are also a testimony of how the Bodleian built its collections over time, as the agreement with the Stationers’ Company enabled Oxford in 1623 to be the first university to ever hold Shakespeare’s First Folio, and the inspirational philanthropy showed by hundreds of people in 1906 helped save this precious volume for the nation’. 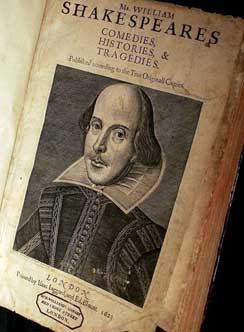 Bodleian’s First Folio is a rarity because it has not been rebound or restored in almost four centuries since it was first received by the library late in 1623. Its unique marks of wear connect us with the tastes of early readers, and we can see how their hands have worn the pages of Romeo and Juliet almost to shreds, while leaving King John virtually pristine.

The volume left the library in the 1660s and was returned after the exceptional response to a public fundraising campaign to buy it at the turn of the 20th century, showing the strong national affection felt both for Shakespeare and for the Bodleian’s role in protecting and championing our national cultural heritage. Today we invite the help and involvement of the public once more, this time with the goal of creating an online life for our First Folio. Books, opening windows on the world

The current Sprint for Shakespeare Campaign gives anyone the opportunity to become part of the Bodleian legacy for the future.’ Supporters who donate to the Sprint for Shakespeare fundraising campaign will be recognised on the First Folio website, making this a unique opportunity for anyone to associate their name with one of the greatest treasures in the Bodleian’s collection and with a project which will inspire online readers today and in the future’. said Sarah.

Funds raised will also support work to stabilize the condition of the much-loved and well-read First Folio and protect the original for the future.

Any surplus beyond the £20,000 target will go towards future online projects to open up the Bodleian collections.

Out of the total 36 plays in the First Folio, those in bold had not previously been published:

COMEDIES: The Tempest, The Two Gentlemen of Verona, The Merry Wives of Windsor, Measure for Measure, The Comedy of Errors, Much Ado About Nothing, Love’s Labour’s Lost, A Midsummer Night’s Dream, The Merchant of Venice, As You Like It, The Taming of the Shrew, All’s Well That Ends Well, Twelfth Night, The Winter’s Tale

Duchess Kate (Catherine) of Cambridge is an overnight sensation, a Style icon and a woman for the future who displays a respect for all people and the past. On just one day with one event she boosted Britain’s morale, its arts, its industry and its commerce. She placed the royal family back at the forefront of leadership by example and proved that when two people love each other as much as she and her Prince, well then anything is possible for all people in a big society.