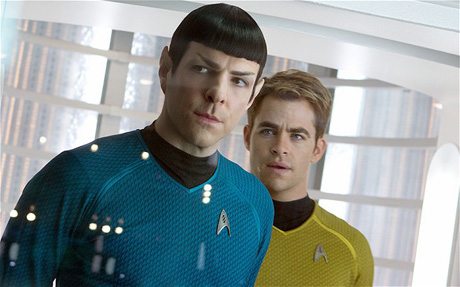 “I have no idea what I am supposed to do, I only know what I can do” says Captain James T. Kirk (aka Chris Pine) of the Starship Enterprise to his colleague and friend Dr Spock (aka Zachary Quinto) as they are about to descend ‘into darkness’ in the 2nd movie in the all new J.J. Abram’s Star Trek franchise, which started in 2009. Knowing what you can do is definitely an advantage, especially when you are in outer space, ‘boldly going where no man has gone before’.

Since its early beginnings during the 1960’s until today, Star Trek has become a ‘cult phenomenon’. Today ‘Star Trek’ references abound in popular culture. In its early years it became renowned for its morality tales and ground breaking civil rights stances and it is certainly believed to have helped inspire the creators of our current age of technology. Actors Chris Pine (Captain Kirk), Zachary Quinto (Dr. Spock) and Karl Urban (Dr “Bones” McCoy), together with Director JJ Abrams, arrived at Sydney recently for the premiere of the film down under.

They related just how they were all in awe of the talents of British actor Benedict Cumberbatch, whose abilities and performance as John Harrison the super villain of Star Trek Into Darkness inspired them all. Cumberbatch it seems was perfectly able to convey Abram’s desire to be someone who could ‘really scare you, yet at the same time not overdo it’ as he plays a one man weapon of mass destruction.

Virtually unknown at the time outside the theatre at London, Cumberbatch took Sherlock Holmes fans by surprise in July, 2010 with his brilliant portrayal of author Conan Doyle’s favourite detective in the first two series of the BBC 1  television series Sherlock, created by Steven Moffat and Mark Gatiss. He was indeed shrewd, sexy, savvy and very new age. 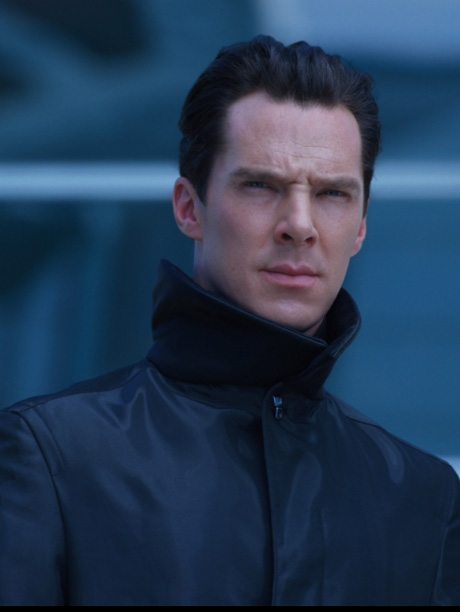 Abrams in an interview in England commented on how Cumberbatch’s presence on set helped the other actors to raise their game on every level, Quinto remarking that he was a ‘formidable foe’.

In 2009 Abrams revitalized Star Trek for a whole new generation of fans, with a compelling story, brilliant special effects and a youthful cast. They have gained for the franchise an impressive legion of followers, as it scored very well with both critics and all the former Trekkies.

Abram’s new enterprise Star Trek Into Darkness is based upon the original ‘Star Trek’ television series created by Gene Roddenberry, which debuted in 1966 and ran for three series on television with actor William Shatner in the role of James T. Kirk. It’s emotional storytelling on an epic scale, as Abrams reinvents one of sci-fi’s greatest brands, all the while remaining respectful of its mythology.

Abrams is both the director and producer of this two and a half hour epic, an eagerly awaited follow up to his much-lauded 2009 relaunch. In an interview in London before the premiere he noted that he had done his best ‘to honour what Gene Roddenberry created’. Dr Spock, originally played by actor Leonard Nimoy, appeared again in 2009 as Spock Prime and despite being much older; he bridged the gap from the original series from 1966. As an older and wiser half Vulcan, half human, Nimoy welcomed the younger Spock played by Quinto, who was busy exploring the idea that Spock has learned ‘how to evolve in a responsible… and respectful way’, an attitude he believes ‘society, and certainly the world, could implement’.

With his pointy ears, brilliant logic, special salute and pioneering phrase ‘live long and prosper’, Nimoy in his day became a sex symbol, much to his surprise at the time.

Today he waxes lyrically when he remembers how the role gave him amazing introductions at the highest echelon at NASA, where he met many of the most famous astronauts involved in the space race.

They were all it seems, great fans of the show.

When it came time for Quinto to assume the role of Spock he added a whole new layer of ‘emotion’ and his own star quality, and he is mobbed by a whole new generation of Trekkies wherever he goes.

In the first movie of the new series of Star Trek in 2009 Chris Pine and Zachary Quinto formed a unique bond, becoming a dynamic duo.

That bond of friendship is tested in the early stages of the new film and its doom and disaster that brings them back on track.

While they are polar opposites of each other, they recognise that they have abilities that compliment each other and so they play to their strengths.

They also learn how to value, support and admire each others good points, as they join forces to conquer their weaknesses and defeat the common enemy. In real life the two are firm friends and it shows in the trust that they reveal is between this popular pairing on screen. It’s an easy transition, as Spock explores the emotions that “play an important part in the richness of life”.

Quinto reported on how when he campaigned for Barack Obama last year and was among a group of volunteers who met the US President. When Obama sighted Quinto he promptly gave him Spock’s Vulcan salute. ”You couldn’t make that up,” Quinto says. ”I’ve always been ambitious but I never imagined that I would be doing this level of work and be so fulfilled.”

Chris Pine had very large shoes to fill as Captain Kirk, because Shatner has been idolized by millions of Trekkies worldwide for decades. However he made a great impression in the first movie, with his own swaggering and dedicated take on the 23rd century hero. Kirk’s a brilliant rebel at heart, one that has to learn how to control his temper, while not dampening down either his enthusiasm for life and his job or, his added love of spontaneity.

Doggedly determined, he progresses ever forward always relying on his gut instincts to save the day. 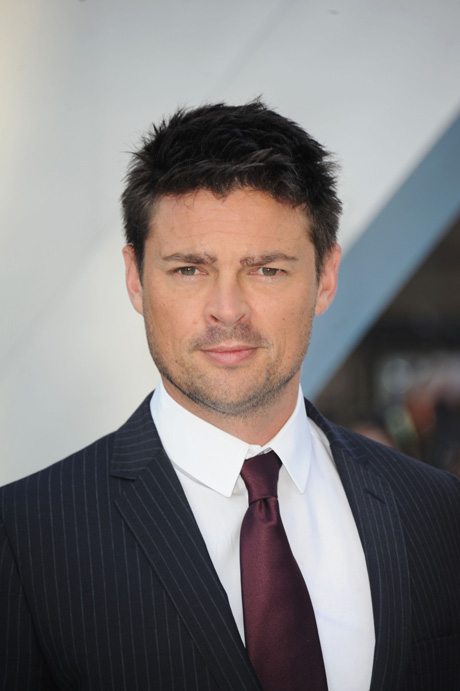 Abrams admires Quinto’s work too and is reported as saying that he ‘has such passion and incredibly ferocity in this film’, which helps to define his character as he forges his own path.

Star Trek Into Darkness is also about the splendid group of disparate people, the crew of the Starship Enterprise who together find out what they are really capable of only when they learn to work together as a team.

This includes those reprising their roles from the first movie. All formidable characters they are Simon Pegg as the Enterprise’s chief engineer Montgomery “Scotty” Scott, Zoe Saldana as Nyota Uhura, Karl Urban as Dr Leonard “Bones” McCoy, John Cho as Hikaru Sulu and Anton Yelchin as Pavel Chekov.

Bruce Greenwood is back too featuring as Christopher Pike, the former commander of the Starship Enterprise, who seceded the Captaincy to Kirk at the end of the first film.

A glamorous addition, Alice Eve features as Dr Carol Marcus and Peter Weller as Admiral Marcus, and together they round out the film’s principal cast. The movie has all the essentials and more. There is a space battle, shuttle missions, big explosions, people space-jumping and the visual effects crew make it a simply incredible film to watch.

Futuristic London is a jewel like metropolis and some critics are calling it the ‘best looking sci-fi of our time’. In keeping with its tradition, it also raises conversational points about combat strategies and the ethical and moral implications and dilemmas of pursuing terrorists.

Shuttles are high-tech and elegant and your favourite characters are back and much more approachable than ever. Space-jumps have crazy mid-space debris dodging sequences, space battles are set against planetary backdrops with ships that look fierce and menacing.

At the centre of it all is the invincible Starship Enterprise. Like all Star Trek movies this will be an emotional roller coaster thrill ride for both the stars and the audience, who engage and connect on every level with the many and varied challenges faced by the Starship Enterprise’s popular crew. It’s part of the original formula for the show’s continued success.

Can’t wait to see it as my special ‘Mother’s Day’ treat. Based on Star Trek created by Gene Roddenberry

Due to the interest of botanist and naturalist Sir Joseph Banks (1743 – 1820) Australian plants became known in England after 1770. The first conscious attempt at garden layout at Sydney was most certainly the grounds of Government House, constructed in 1788. A view rendered in c1792 depicts a naive…